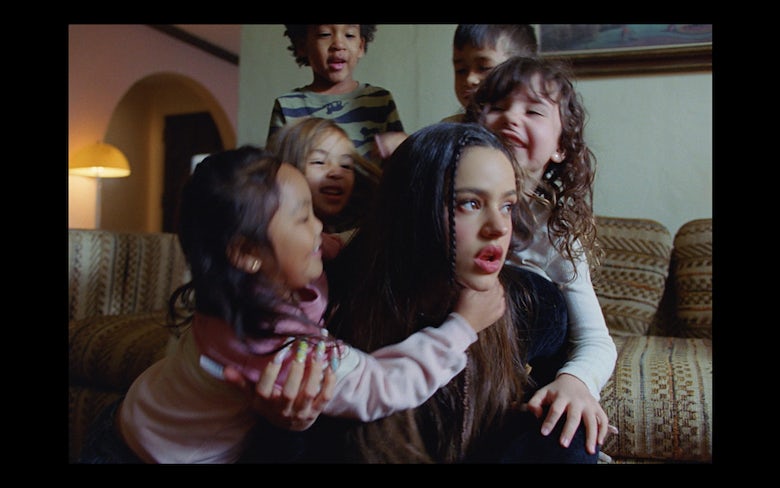 Directed by Nicolás Méndez, co-founder of the production company Canada, the video for TKN pictures Rosalía as the mother of a huge family that has to find shelter, love and food. Along the way, they meet Travis Scott, who joins the herd.

“It became about a family in the same sense of a gang,” says Méndez. “I wanted it to be very, very animalistic. That’s why the choreography is a bit like that. It’s very strong. Some of the scenes were even more animal-driven, but they thought it was too much.”

The video was shot in Pomona and north Hollywood in California in February 2020, and is a continuation of Canada’s collaborations with Rosalía, which also include the promos for Malamente and Pienso en tu mirá.