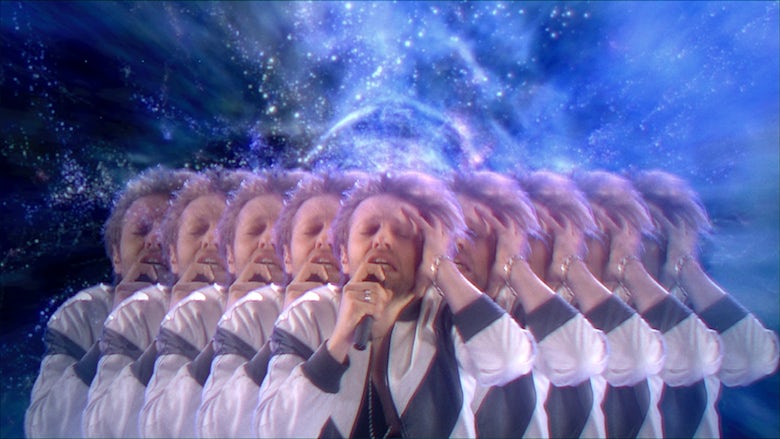 Rosapark’s The Worst Song In The World campaign borrows from a catalogue of musical clichés to highlight the dangers of carrying heavy bags of groceries home.

In the advert, a woman wearing headphones is subjected to a track that definitely doesn’t belong on her carefully curated indie playlist. Complete with an 80s-style music video and an annoyingly catchy chorus, the song runs through a long list of guilty pleasures – including the slow build up, the saxophone solo, and the section that’s inexplicably in Spanish. Along the way there’s also plenty of supporting low budget visuals and outfits featuring the height of bad fashion.

So why isn’t she skipping? The answer’s only revealed at the end, when she’s shown laden down with paper bags full of shopping, leaving her with no hands free to swipe left on the terrible song. The campaign promotes Monoprix’s new home delivery service, which lets shoppers buy in-store and have their goods sent home.

“To create ‘the worst song in the world’, we had to find the musical universe that would be farthest away from the young woman’s,” says Rosapark co-founder Gilles Fichteberg. “It was a clash of generations, styles, tastes. But we also strove to create a song that could be a guilty pleasure, the sort of song we love listening to, even if we don’t want to admit it.”