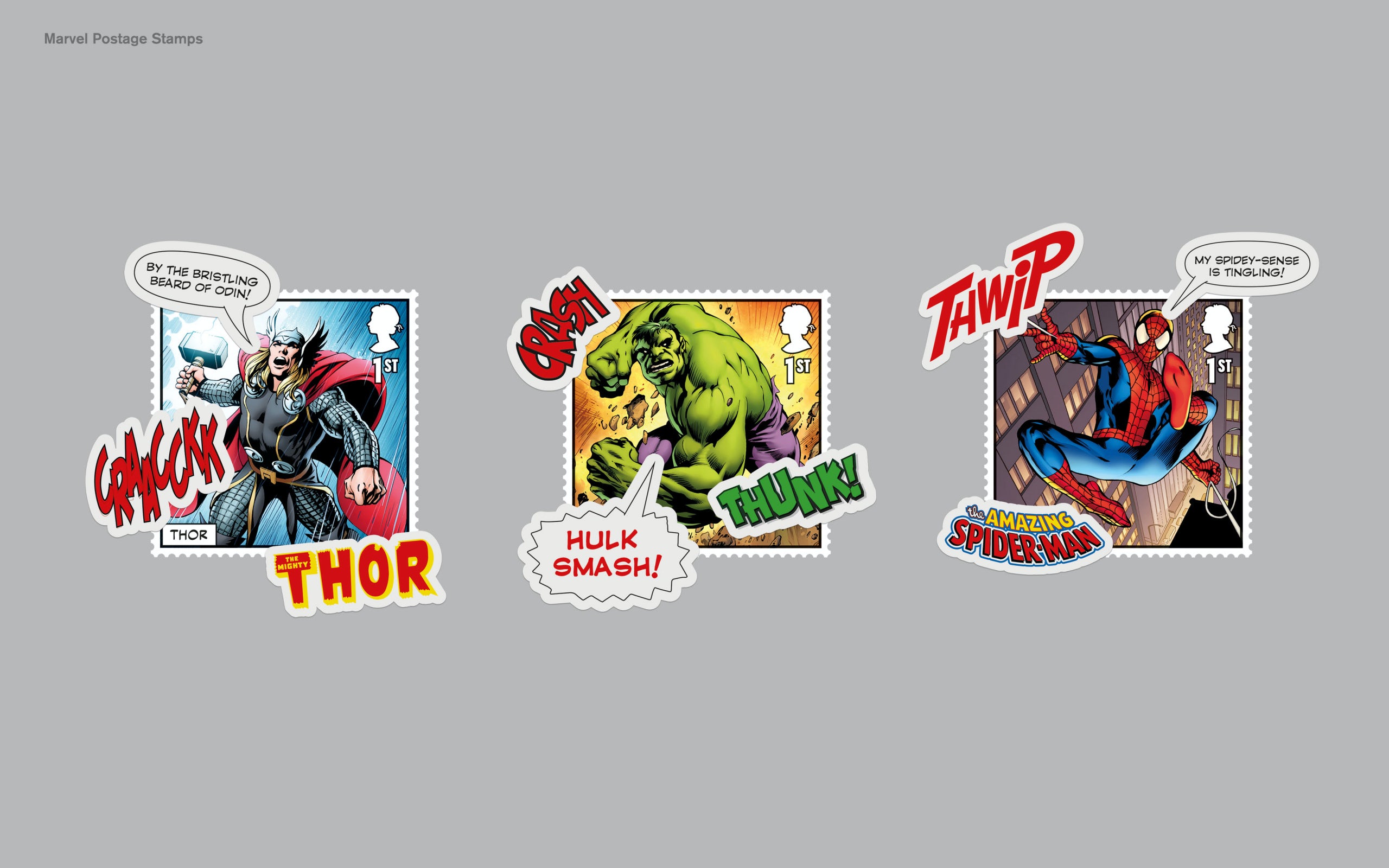 The Royal Mail commissioned this set of ten special stamps, as well as a miniature sheet featuring five stamps, to celebrate some of the most iconic superheroes in the Marvel universe.

Design studio interabang enlisted the help of seasoned British comic book artist Alan Davis – the man behind Captain Britain, The Uncanny X-Men, and much more – to create the stamps. The characters feature prominently on the main stamps and come with a sheet of stickers bearing catchphrases, sound effects and logos so they can be customised. The stamps appeal to a broad demographic – from children to avid collectors.

For the companion miniature sheet, the designers created a ten-panel comic book strip in which the Mad Titan, Thanos, launches a deadly attack on the world. The strip incorporates standalone stamps as frames within the visual narrative, which were also drawn by Davis. 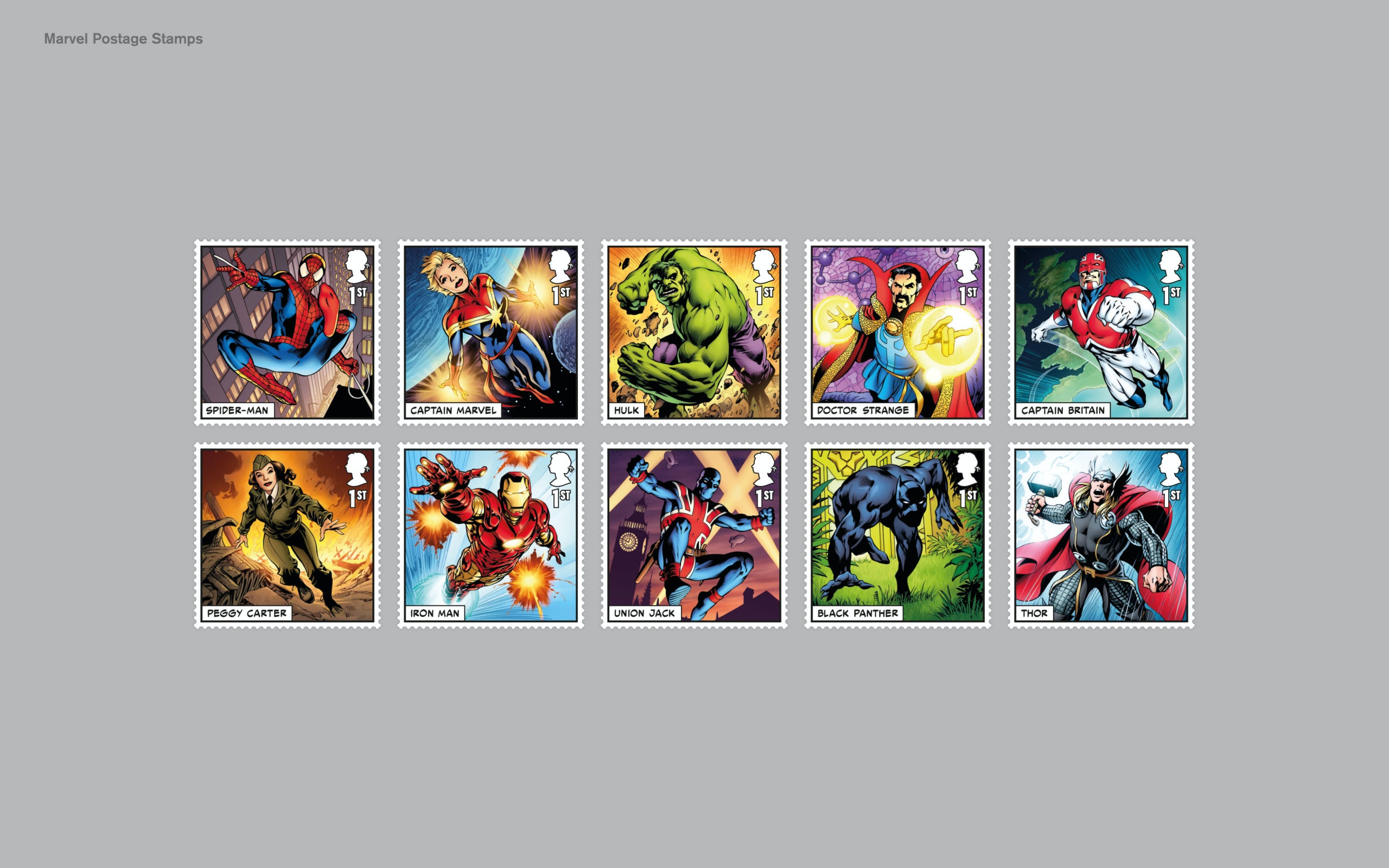 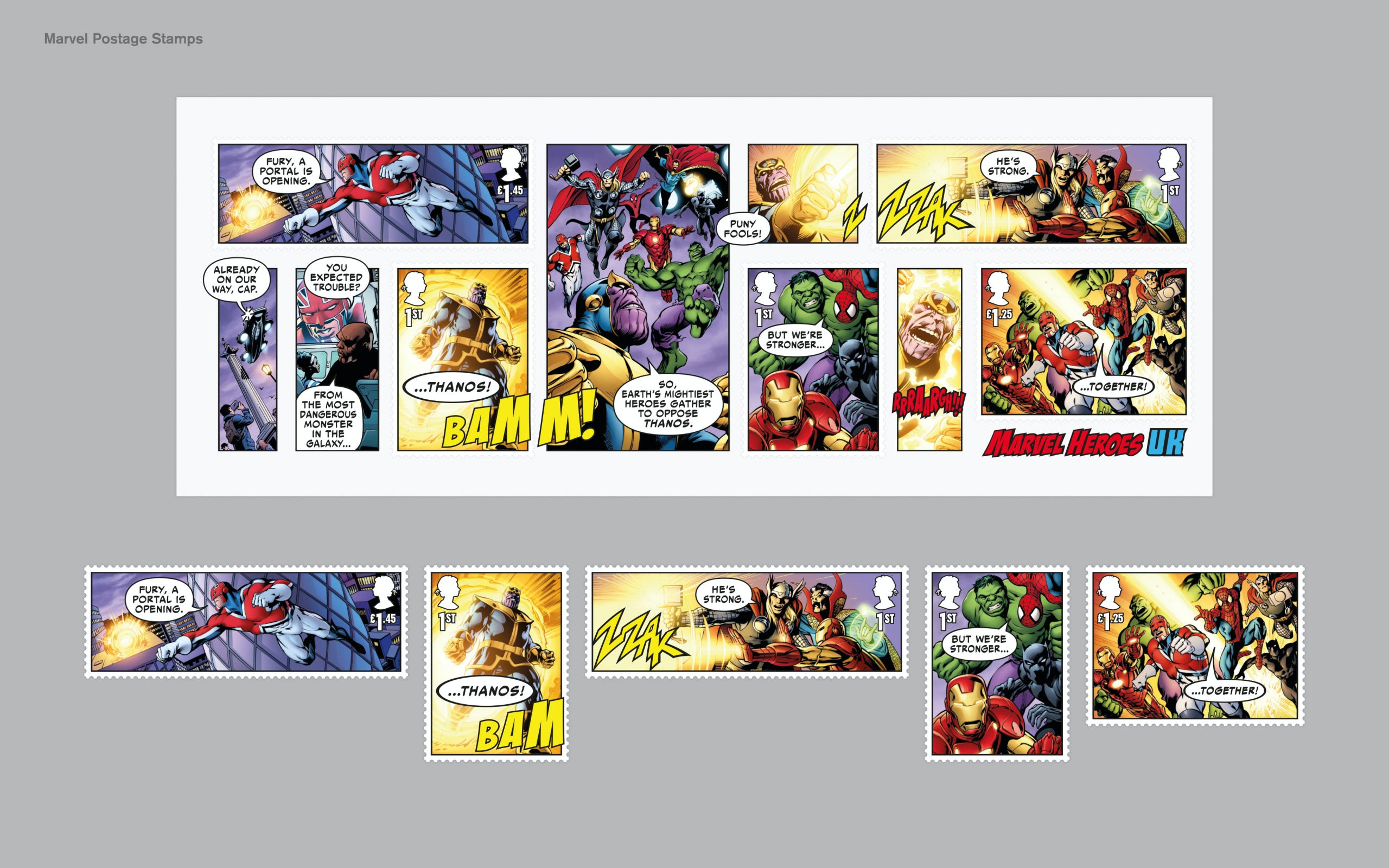