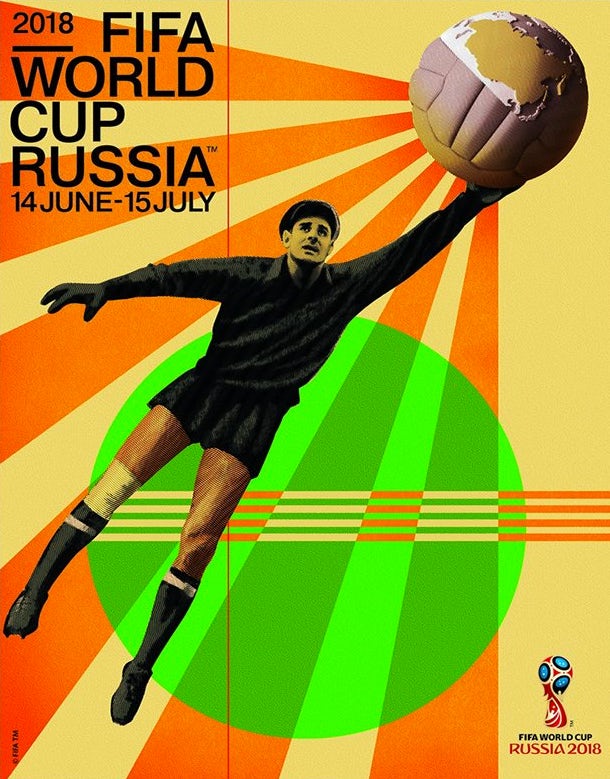 According to FIFA, Yashin is the only goalkeeper ever to have won the Ballon d’Or and, in the poster, “he is dressed in his traditional outfit of black shirt and shorts, knee brace and his famous cap”. Referencing the design of Contructivist-style posters, Gurovitch’s work also shows a football that depicts Russia as seen from space. The green circle apparently stands for the pitches of the 12 stadiums that will stage the 64 matches of the 2018 World Cup.

“The style of Soviet post-Constructivist posters from the 1920s and 1930s, their unique visual language, a new, fresh poetry of figurative images, became one of the most important and revered elements of Russian culture,” says Gurovich, who has previously designed the Russian team uniform for the 2002 Winter Olympics in Salt Lake City and oversaw the rebranding of the Moscow International Film Festival.

“This language is unquestionably thought of as Russian throughout the world. Therefore, in my work on the poster, I really wanted to make this language modern and relevant once again.”