Given that your average superyacht can cost its owner well into the hundreds of millions, you’d be forgiven for thinking of sailing as a pursuit strictly for the wealthy. Not according to the organisers of SailGP, a new sailing championship that is looking to open up the sport to a broader audience.

The annual high-speed sailing race launches this February in Sydney with six competing teams from the UK, France, USA, Australia, Japan and China, and further races planned in San Francisco, New York, Cowes and Marseille for the final.

Participating teams will race head-to-head on newly developed F50 wing-sailed catamarans, which promise speeds of over 50 knots (60mph). The race also quite literally puts spectators amid the action, as it takes place closer to the shore than other sailing competitions.

“We wanted to create a brand that moved away from sailing’s traditional roots to change preconceptions of what the sport represented,” says GBH.London designer Matthew Caldwell, who helped to create the brand identity for SailGP. “This necessitated a simple yet effective name. We believe ‘SailGP’ evokes gravitas yet straightforward modernity.” 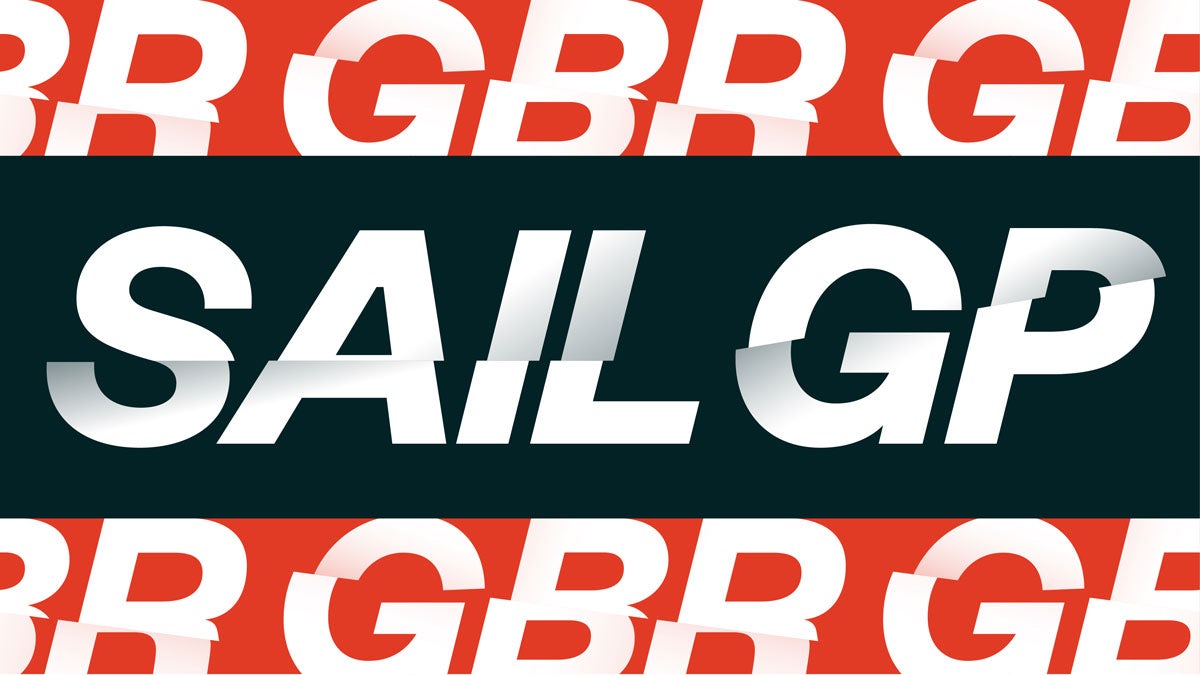 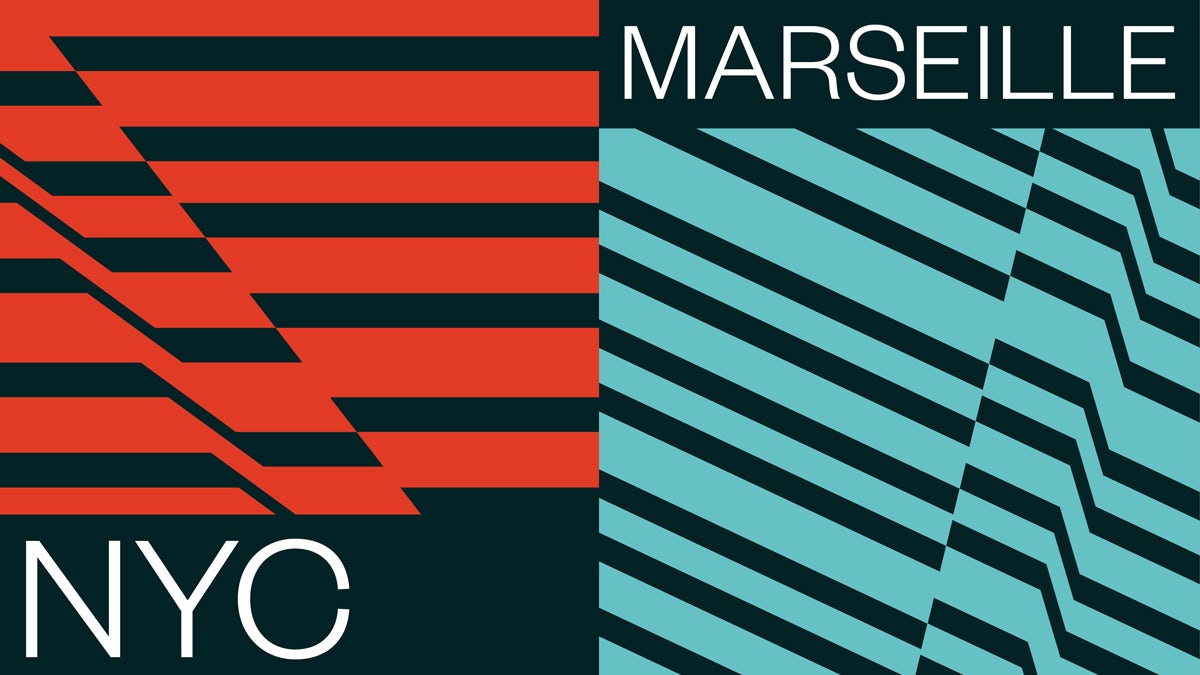 The design team eschewed conventional images of boats for the logo, instead using a distorted word mark that aims to convey the fast-paced nature of the competition. “The logo and its animation reference a shift, both figuratively in terms of the sport’s public perception and literally – the craft flies, balanced above the water on wave-piercing hydrofoils at speeds of over 60mph,” says Caldwell.

A pattern inspired by the Dazzle camouflage used by Allied ships during World War One is used throughout the identity, nodding to the wakes and ripples created by the F50 boats. 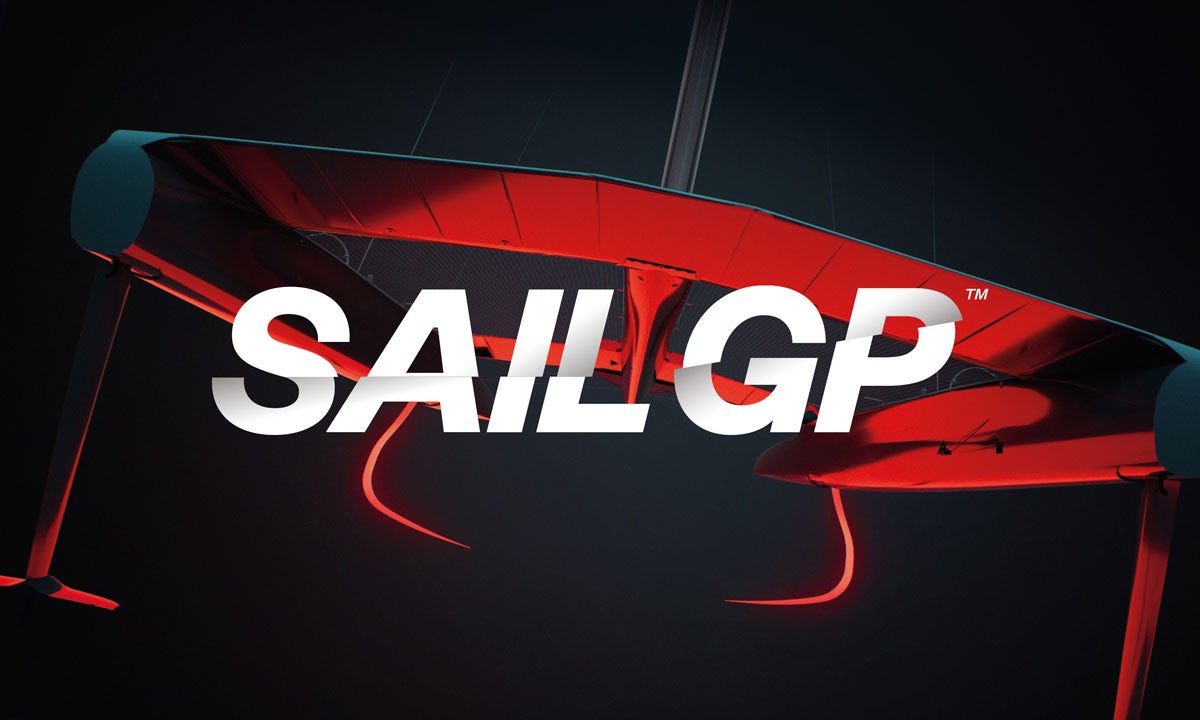 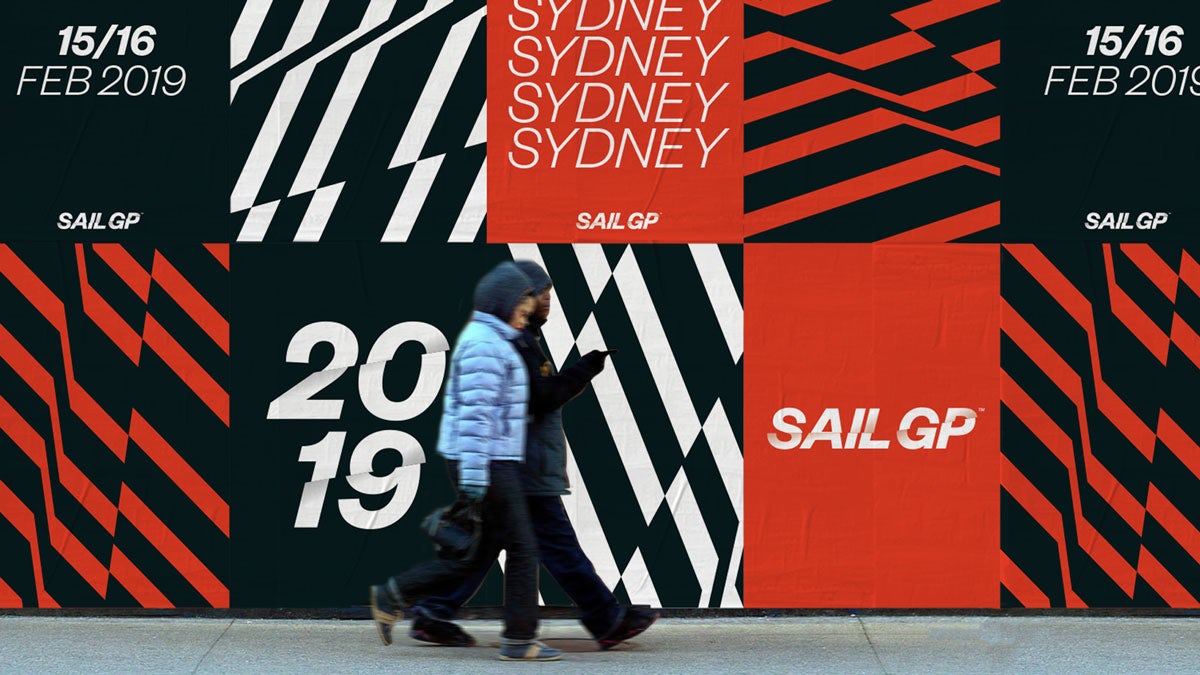 GBH.London has also incorporated a colour palette of red, turquoise, black and white. The choice of colours looks to distinguish SailGP from the typical blue hues associated with sailing brands, while also being distinctive enough to avoid any clashes with the primary colours seen in the national flags of participating countries.

“The brand we have created strives to push sailing into the modern age, positioning it as a sport to be enjoyed by all, not just the select few,” says Caldwell. 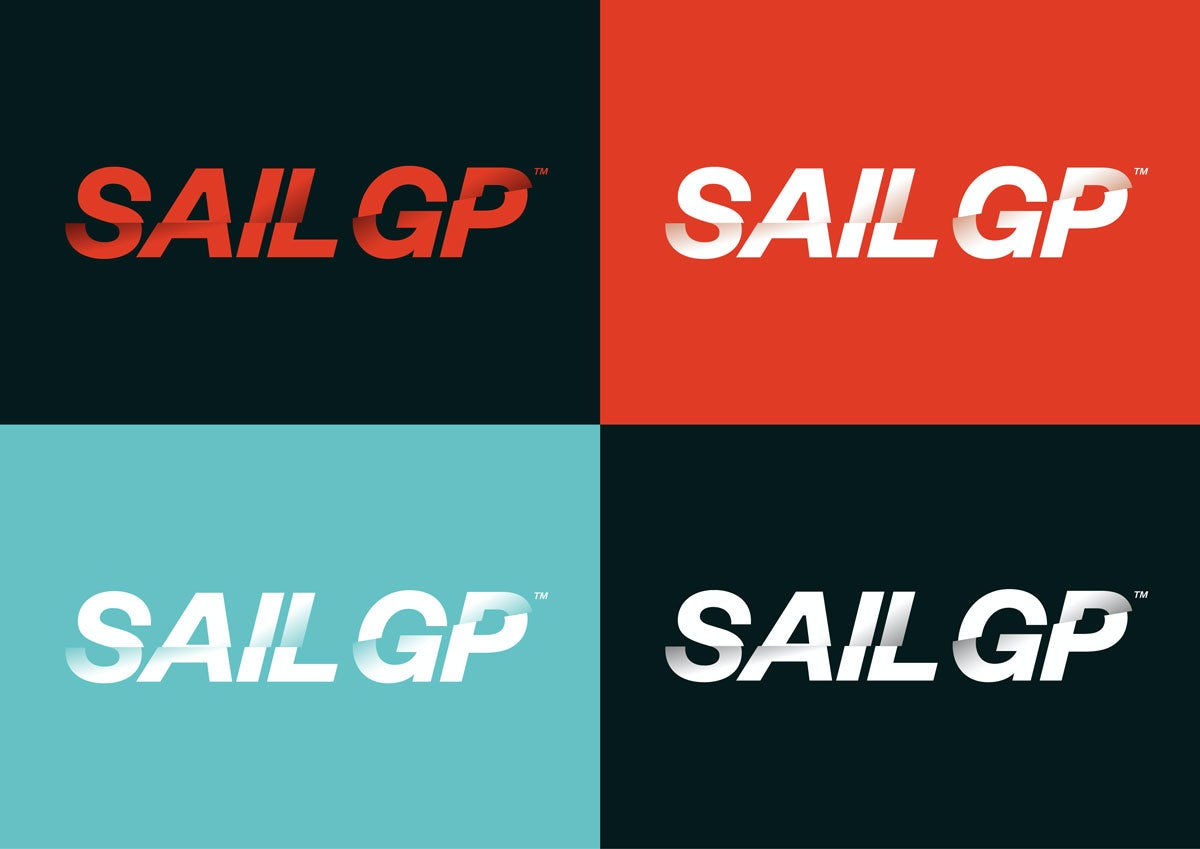 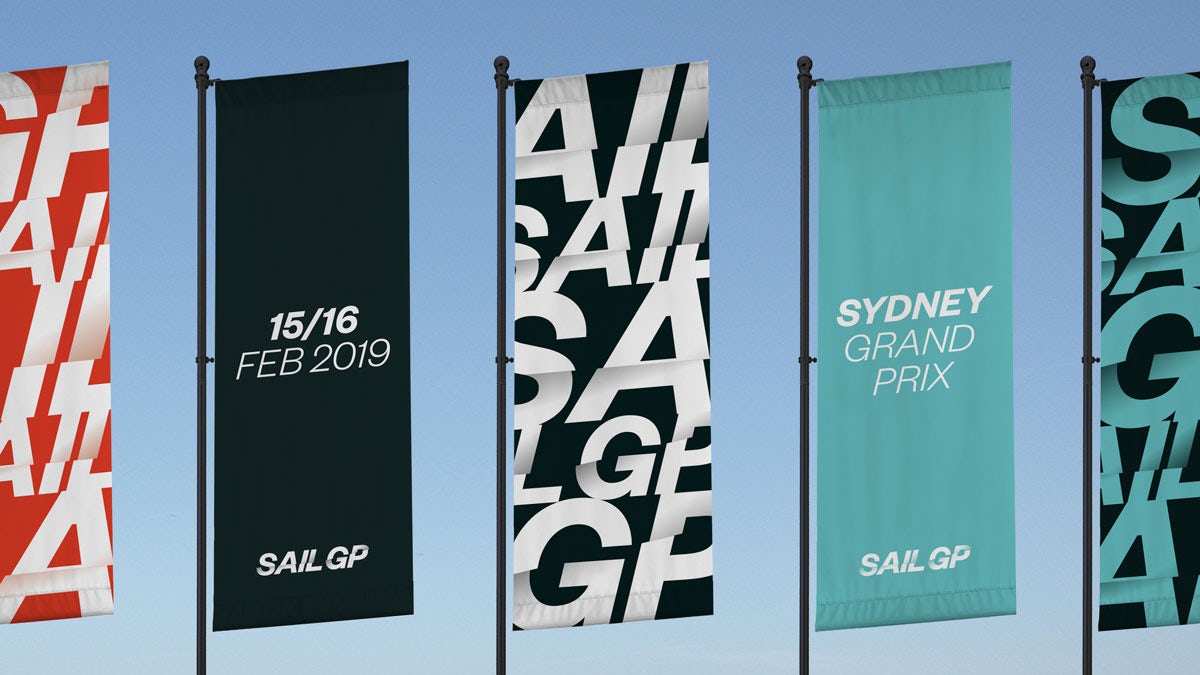