One of the oldest supermarket chains still running today, Sainsbury’s is toasting its 150th anniversary with a celebratory ad made in partnership with Wieden+Kennedy London. While Sainsbury’s Christmas spot fell a little flat and got lost among similar adverts telling similar stories, its anniversary film stands out as a vibrant celebration of a historic brand.

Voiced by a poem tracing the store’s history, the ad follows the journey from when it was founded a century and a half ago by Mary Ann Sainsbury and her husband John James through to the present day. Directed by Noah Harris, the film transitions from black and white to full colour, marked by a central scene that sees a celebratory cake transform into a traditional Victorian zoetrope – an analogue precursor to film animation that mimics the appearance of motion. Merging traditional techniques and modern technologies, intricate sugarcraft and 3D printing, the film gives a nod to the past and the present – a fitting tribute to a longstanding brand so steeped in history.

The principal aim was to capture the beauty and charm of a zoetrope on film. “I know that zoetropes are unbelievably magical things to experience in person, and I wanted to capture that on screen,” Harris tells CR. “Not easy, as the fact it’s a film obviously removes the viewer from the actual experience. But I think the approach of building the whole thing for real, and shooting it as live action so that we could film the zoetrope and cast with hand-held cameras goes some way towards the feeling of being there in the room.”

Drawing on both old and new techniques, a film of this nature of course involved a complicated process – not least because of the use of a zoetrope. “A zoetrope is based around loops of animation, in this case one second loops,” explains Harris. “Each layer of the cake is representative of a key story from Sainsbury’s history, and this story needs to be told in one second. This was the first creative conundrum, how best to make these mini stories understood, but also beautiful and mesmerising to watch.”

The design process involved a “huge amount of work” too, including “character design, development and animation, from sketches, to 2D, 3D and then of course to physical models. For this we worked with animation studio Feed Me Light. They had a genius idea to pre-viz the zoetrope in VR, so we could experience it on a one to one scale as if we were there in the room with it.”

“And then of course you have to build it. No mean feat in an advertising timeframe. There were many processes involved in bringing the cake to life – 3D printing, sugarcraft, and multiple traditional model-making techniques. It was put together by Mutabor Practical Effects working with our production designer James Hatt.” 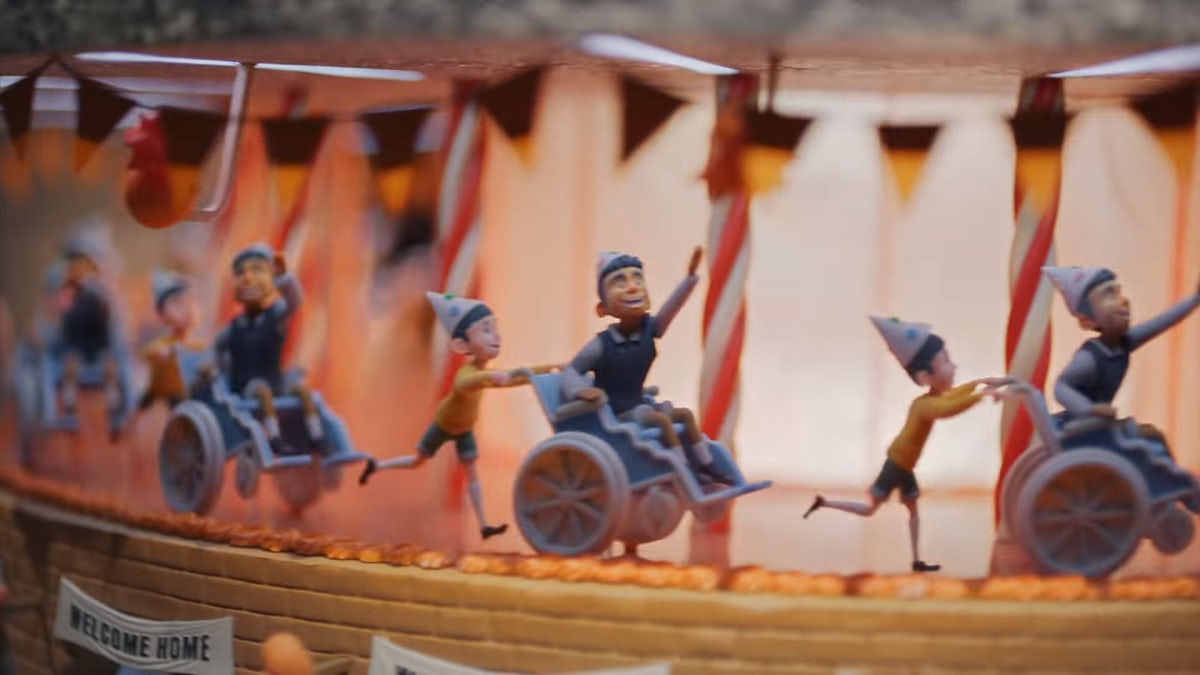 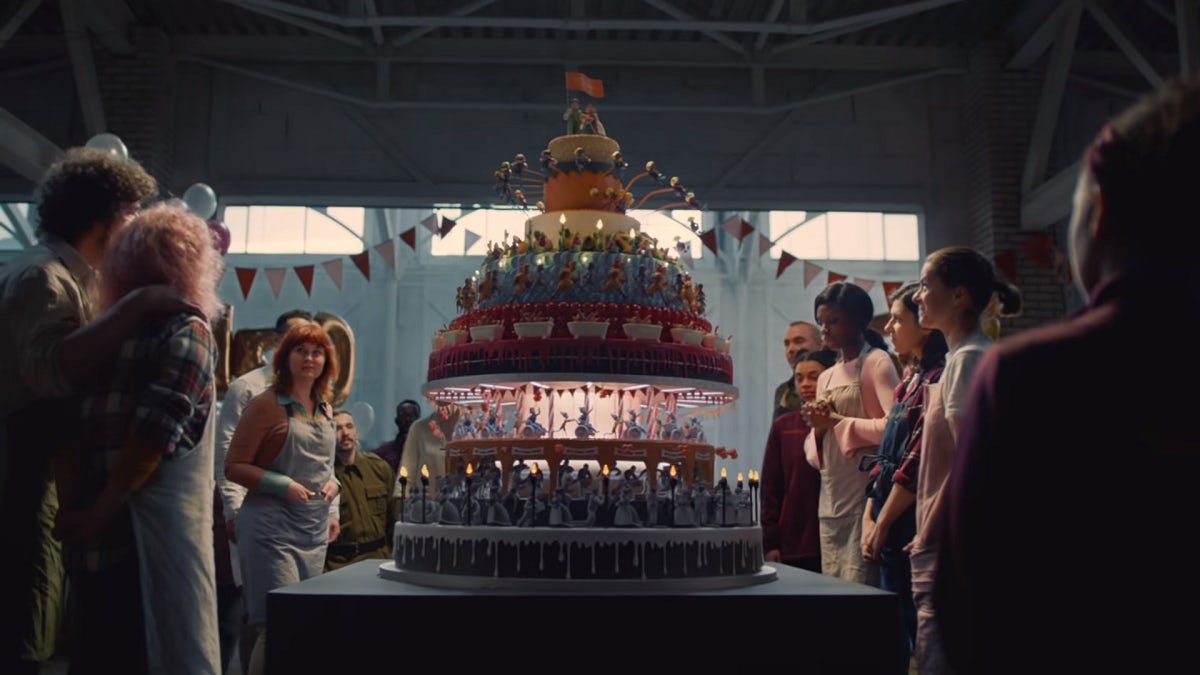 Harris and the rest of the team were keen to use traditional techniques to create the ad if possible, to give it authenticity. “We knew how we wanted to shoot it was possible so we implemented a no CG rule pretty early on,” he says. “We did quite a bit of testing along the way, but there was still that moment of ‘will it or won’t it’ when we fired the finished zoetrope up for the first time on camera. My DP Patrick Meller and I talked a lot about how we would capture that spontaneous magical feeling on-camera, and we knew we had to be able to shoot the whole thing as live action, with cast and zoetrope together rather than trying to re-create the feeling in post.”

The project was not without its challenges, and the team encountered hurdles at virtually every step. However, for Harris, the most pertinent question throughout was: “how do you design and build something so technical, precise and mathematical, but keep it feeling human, warm and celebratory?” Clearly, they found the answer. 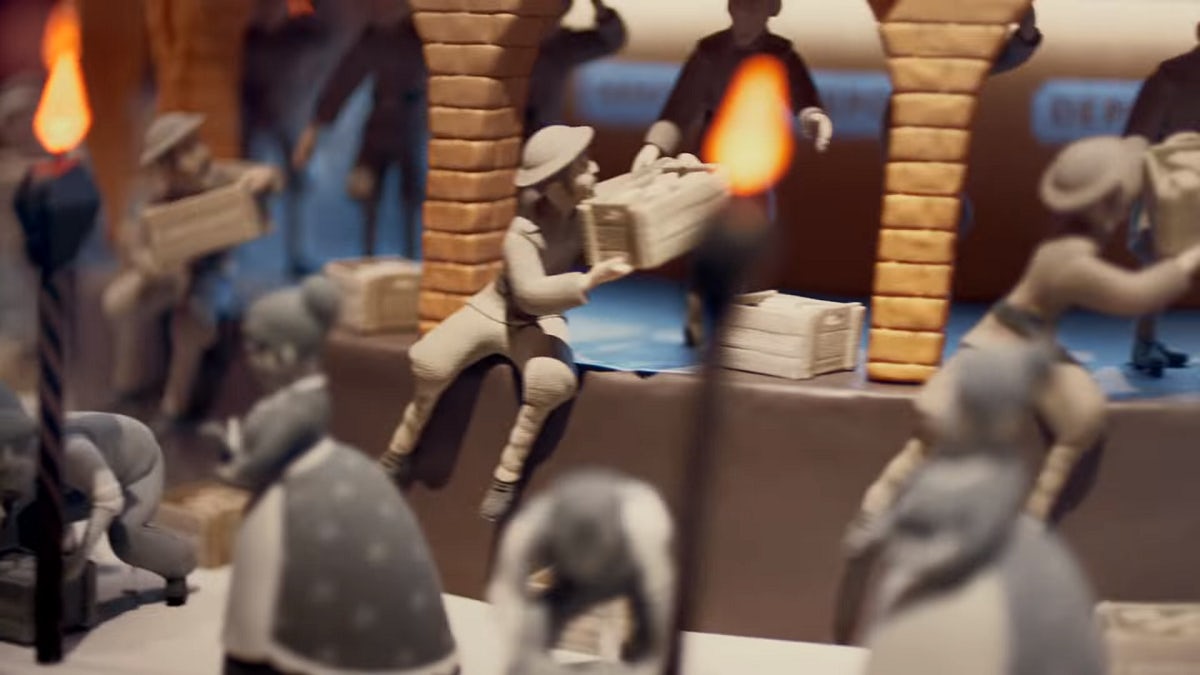 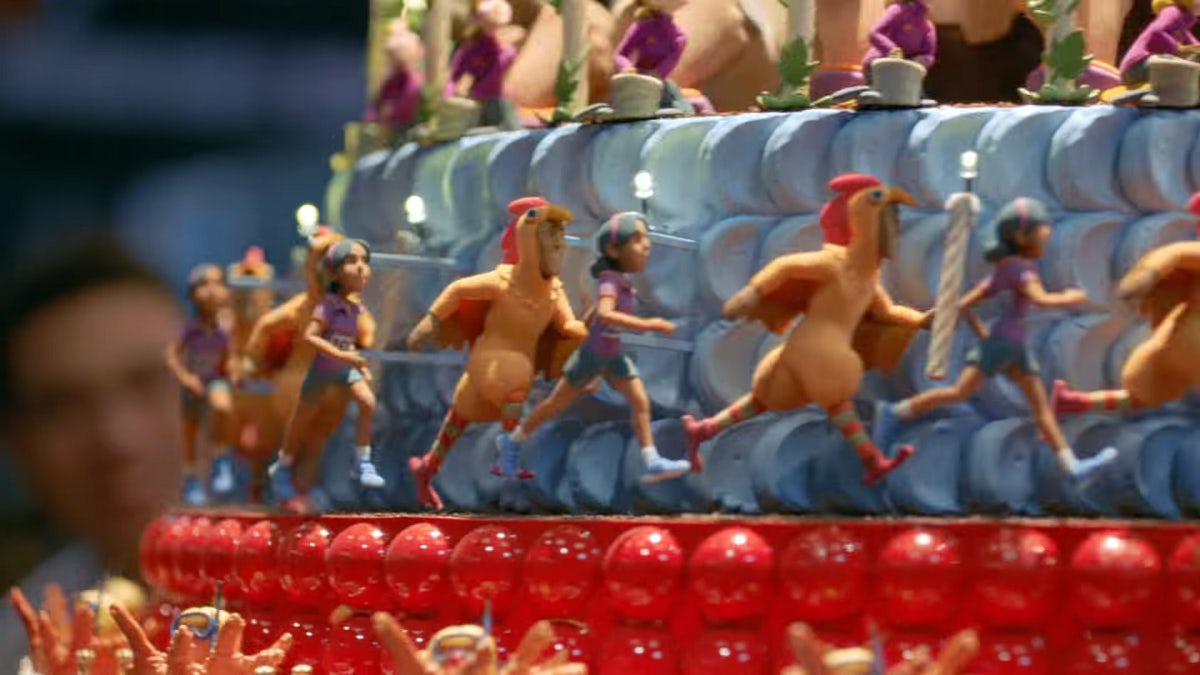