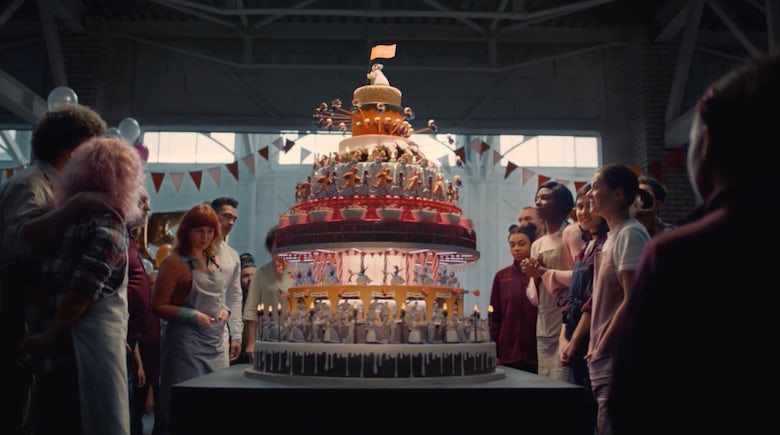 For this ad, created to commemorate Sainsbury’s 150th birthday, director Noah Harris built a giant zoetrope cake to create the illusion of animation. The film was captured as live action, without any CG or stop-motion.

The zoetrope is one of the earliest forms of animation, dating back to the 1800s. It was a popular technique in 1869, when the Sainsbury’s brand was founded. The cake tiers are used in the film to take the audience through the evolution of the brand, starting with its impact on the employment of women during the First World War. The spot then visits the 1960s, when Sainsbury’s fundraising for disabled children began, before looking at its partnership with the Woodland Trust, which has planted three million trees so far.