Sander Joon began his career in a commercial studio, having played around with animation techniques from a young age. “I posted some of my works online and I was noticed by a very small commercial studio and got hired,” explains Joon. “It was like a cold shower for me because they expected a lot more from me than I knew at the time.”

Joon had to “get friendly” with 3D and styles different from his own, while also embracing the world of deadlines, but after finishing his first few projects at the studio he realised he was hooked on animation. “After a while my interest geared towards storytelling and making short films,” says Joon. “So I went to study at the Estonian Academy of Arts in its animation department. Until recently, the professor there was Priit Pärn, he gave us invaluable advice for creating compelling stories in animation.” 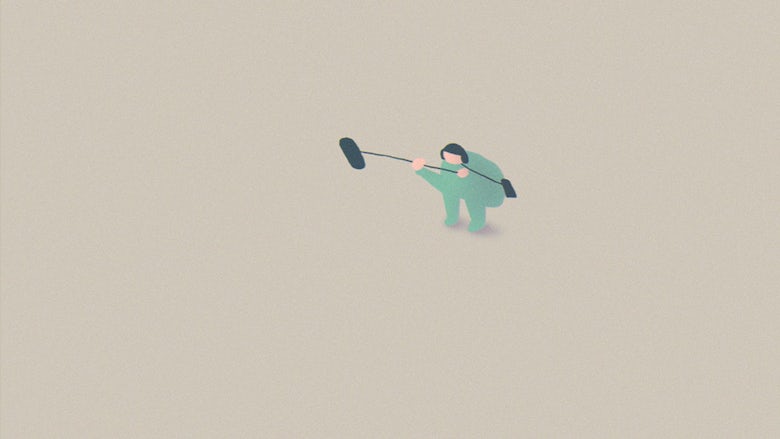 Armed with these skills and his previous experience, Joon now works as a freelance animator, focusing his time on short animations that often lean towards the more bizarre end of the spectrum. Some of his previous works include Velodrool from 2015, a hand-drawn animation about a cigarette-addicted cyclist, and Moulinet in 2017, a surrealist take on our understanding of the world in the form of a sort of fencing match. His latest film is Sounds Good, which has been on the festival circuit for the last year or so, but has now been released in full online.

Sounds Good portrays a boom operator whose job is to record the sound of fungus, but we also see him capturing a whole cacophony of sounds along the way. While previous films were animated frame by frame on paper, Sounds Good is fully digital and this change in approach is important to Joon’s practice. “With my background in commercial animation, I’m quite keen on shaking up my style with every new project. It’s helpful because it usually brings some new ideas,” he says.

As well as the boom operator, sound is one of the primary characters in the film and the whole short takes on a sort of stream-of-consciousness feel. “It’s a sort of bizarre diary of anxieties,” says Joon. “For example, I got self-conscious of how my film would be perceived by critics, so I decided to put them into the film and imagine their reaction to it beforehand.”

Like his other films, Sounds Good has a surreal tone which makes the short all the more compelling. “Inspiration for Sounds Good came mainly from the Japanese indie animation scene, from directors like Atsushi Wada and Sawako Kabuki,” explains Joon.

Joon approaches each of his projects with care and thoughtfulness. “I pinpoint a specific topic and start a careful dance around it. I sketch a lot and introduce juxtapositions to it and see if something of interest emerges,” he explains. “With Sounds Good I was also endlessly browsing through sound banks and mixing the images I had created.” 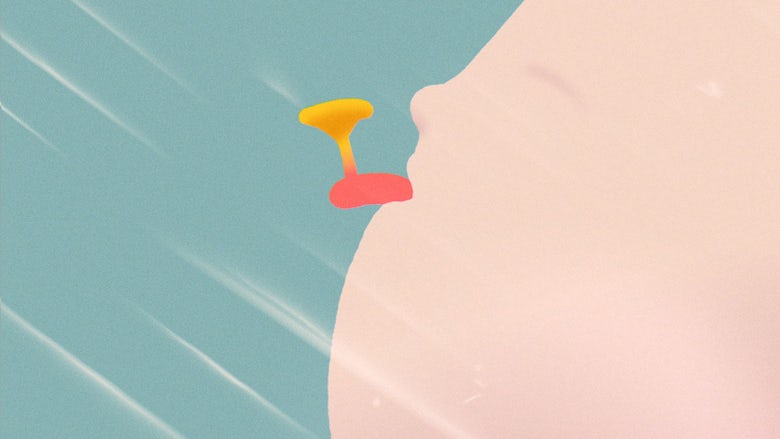 Joon tries to stay away from computers for as long as possible in the process so his ideas feel fresh. “I use the computer only for research and visual reference. I start out with either browsing or drawing into a sketchbook, then I switch to a simple setup of headphones, sticky notes and a pen,” he says. “It’s a good way to get away from the noise and create ideas without using ctrl+z too much.”

Of course, adopting this organic process means it can sometimes become all consuming. “The main challenge of doing this sort of free-flow scriptwriting is to keep a film coherent and meaningful,” he says. “This is where intuition comes into play. Everything boils down to blind faith that everything will be okay in the end.” 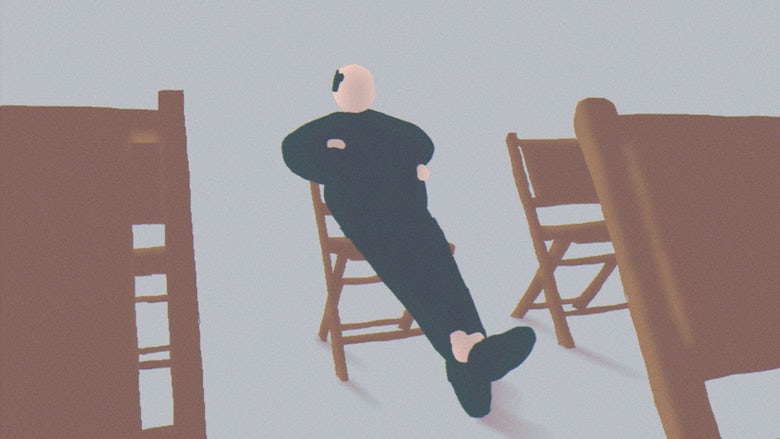 One way Joon makes sure the films he makes hit this meaningful tone is through the editing process, which is one of the most exciting parts of animation for him. This is where unexpected ideas can click together. “Choosing the rhythm for a scene feels almighty,” he says. “Although a strange thing about editing is that the tempo always feels different in different cinemas and situations.”

With humour, oddness and a touch of the unexpected, the joy in Joon’s animations is in his ability to take seemingly mundane situations or characters, and find the magic within them.