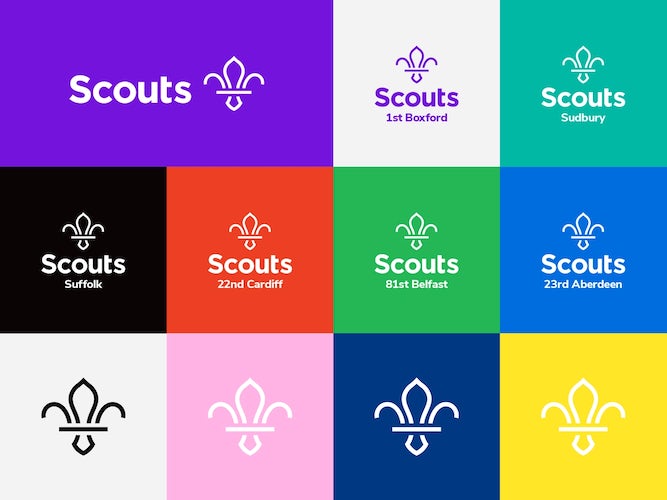 The rebrand comes as the Scouts announces a new five-year-plan, which will see its programmes updated to concentrate on necessary life skills, and ways to increase young people’s employability. With that in mind, its updated visual identity focuses on approachability but also hopes to bring together Scouts groups scattered across the country.

“Early on, a key thing was the amount of people using the brand in all different locations in the UK,” says NotOnSunday’s Trevor Townsend. “It lost a lot of connectivity, because you didn’t know who was associated with which group, and some of them were very messy and busy. We wanted to create a system that was easy for everybody to use.” 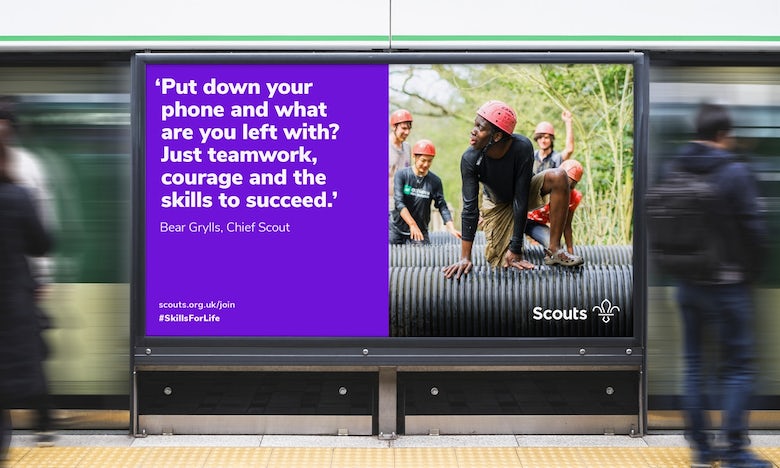 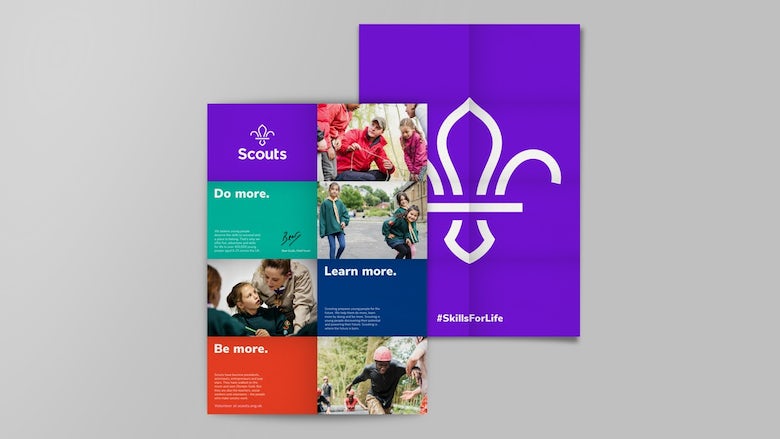 The design studio drew dozens of iterations of the fleur-de-lis – a logo the Scouts has been using since the early 1900s – paring its details down to a set of single lines. This visually reduced version references the organisation’s heritage, but also works across environments, whether on T-shirts, in print or for digital use.

“It had become really outdated and hard to use on mobile devices,” adds Townsend. “There’s so many elements, and a lot of the little details didn’t mean anything. The overall shape was important, so we stripped it back as far as we could so it’s still recognisable, but much simpler. The idea was to keep it bold, fresh and exciting, but simple and easy to use for everyone. It was almost like a clean canvas, creatively.” 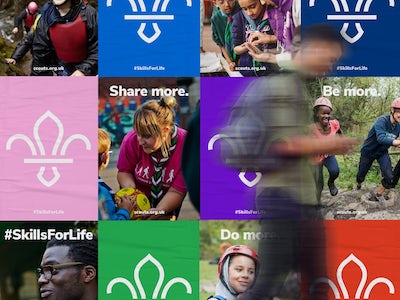 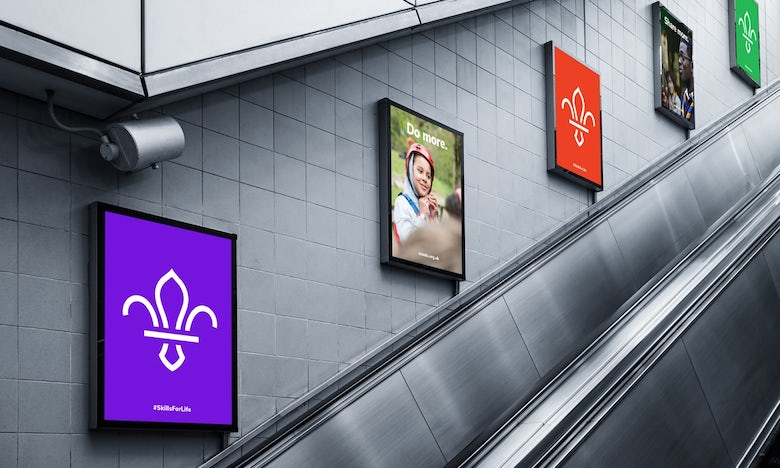 NotOnSunday used Google’s Nunito Sans to accompany the rebrand, chosen for its approachable look and wide range of weights. The colour palette has also been refreshed, with a brighter “more violet” purple, and a set of colour pairings designed for various countries – red and pink for Wales, yellow and blue for Scotland and green and navy for Ireland.

Accompanying the refreshed identity is a new brand film directed by 3angrymen, which follows the life story of a former Scout to show how skills learned while scouting can be of real-life use.

NotOnSunday’s rebrand will roll out across the UK over the next two years, but for now worldwide organisations will continue using their own versions of the fleur-de-lis.