Nearly 50 years ago, Sébastien Cuvelier’s late uncle travelled from Namur in Belgium to visit Persepolis, located in Iran – a journey he documented through diary entries and photographs he gathered while there. Inspired by his uncle’s manuscript, Luxembourg-based Cuvelier traced his steps by making the journey all these years later, and discovered a stark contrast between the pre-revolution Iran his uncle detailed, and the present-day Iran that he himself encountered.

Cuvelier likewise documented his time in Iran, and the resulting photographs have been incorporated into a new photo book, Paradise City, published by Gost Books. The series taps into the resistance, particularly among young people, to restrictions in Iran that range from social media censorship to surveillance of artistic expression.

“Iran as described in my uncle’s journal sounded like a country in the midst of change, with the economy picking up and young people influenced by Western fashion,” Cuvelier tells us. “My uncle was a history buff, so the journal he wrote also had a lot of historical references to the Persian Empire and the remains from that era that were visible then (and still are). The photographs he took focused mostly either on those historical elements or on the various landscapes he and his friends encountered during their journey to Persepolis.”

These historical connections are brought to the fore by the book design: extracts from his uncle’s journal are used as a base layer to illustrate how this “quest for an elusive paradise” is a universal, timeless pursuit. “Even though my uncle’s journal is written in French and will not be understood by everyone, I felt that its sheer visual value was interesting in how I wanted the images to be seen,” the photographer explains.

Cuvelier created the photo series across three trips to Iran, where he couch-surfed his way through the country. He mostly stayed with young Iranians who responded positively to the idea behind the trip and his undertaking of the project.

“Overall, these many encounters helped me define the scope of the project, as it was obvious that most of the youth I met felt that they could not accomplish their dreams in a restricted country like Iran,” he explains. He aimed to reflect this in the photographs through particular colours, symbols and metaphors as a way of “showing glimpses of what goes through their minds”.

The series contains somewhat fantastical elements as a way of channelling nostalgic, romanticised, and even utopian perspectives. Some images use subtle tools like framing and lighting to hint at the tension between could-be paradise and present-day reality. Others are more obviously dreamlike, such as an enclosed outdoor space bathed in dramatic pink, which nods to the old Persian roots of word ‘paradise’ denoting a walled garden. 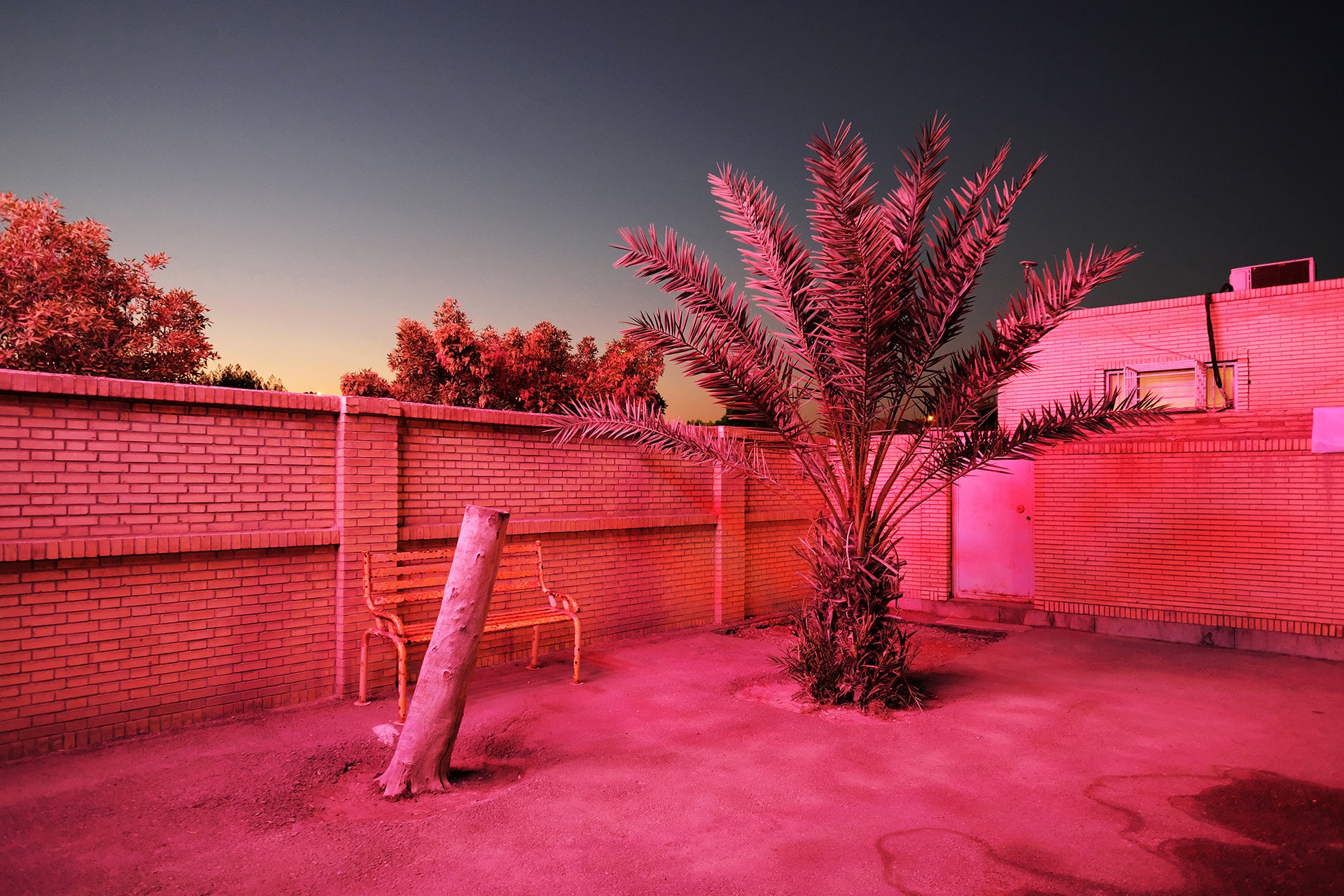 Scattered throughout Paradise City are floral references, which Cuvelier feels evoke the garden connotations tied to the idea of paradise, while also reinforcing a sense of romanticism. Yet the flowers also feature organically, since they are simply what he encountered while in Iran, whether in people’s clothes or in the sights he saw. “I was fascinated by how much flowers were part of the landscape, either as real flowers or representations, be it drawings on walls, carpets, people’s clothes, headscarves,” he says. “Most graffiti I saw had the same recurring themes, mostly revolving around war martyrs and floral motifs.”

Based on his visits, Cuvelier describes Iran as “a country where history is full of nostalgia, people are deeply romantic and flowers are everywhere. Contemporary Iranian youth have also developed their own notions of paradise, and for most it is anchored in Persia. Its existence is linked to hope, the quest for change, the desire for a new beginning. These feelings bring with them an ever-present hint of nostalgia, seen in family tales, photo albums or through the fading memory of distant cousins who emigrated to find their own paradise city.” 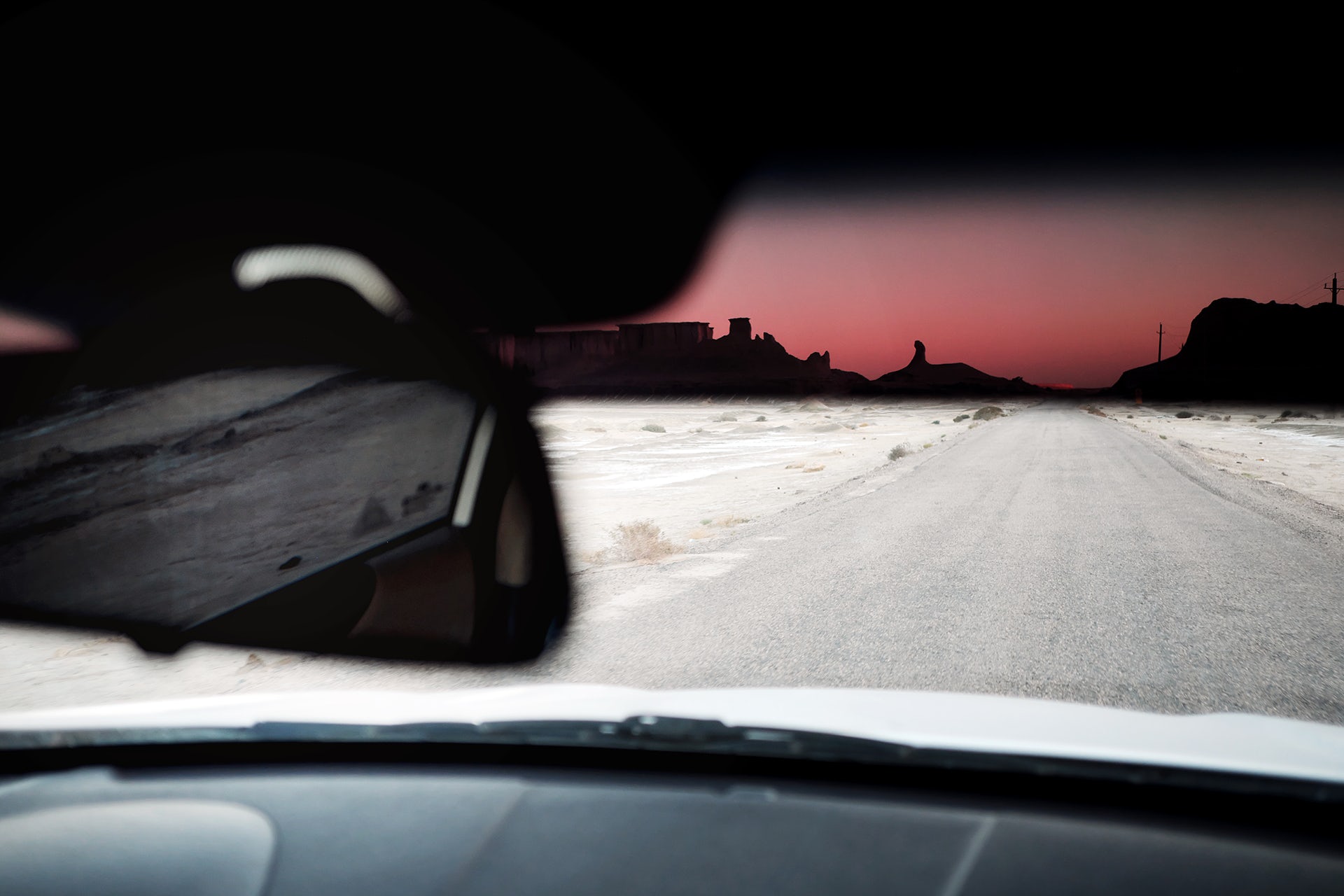 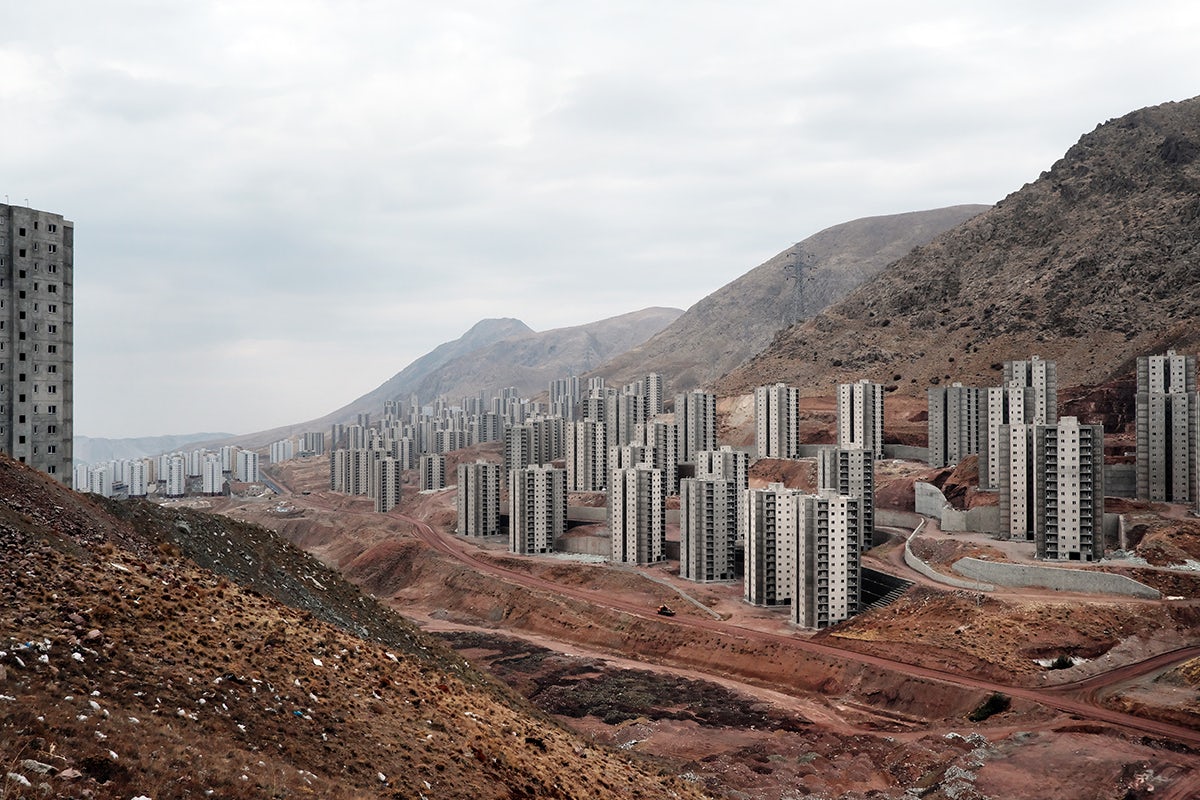 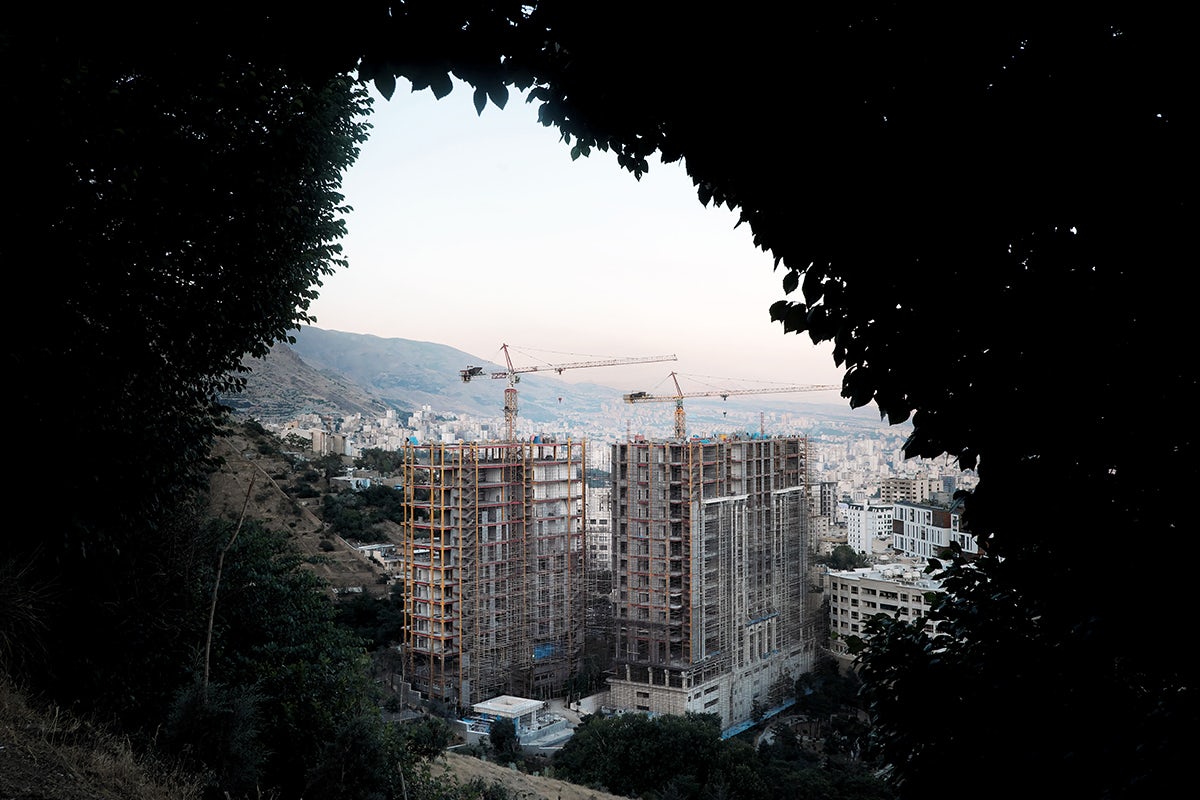 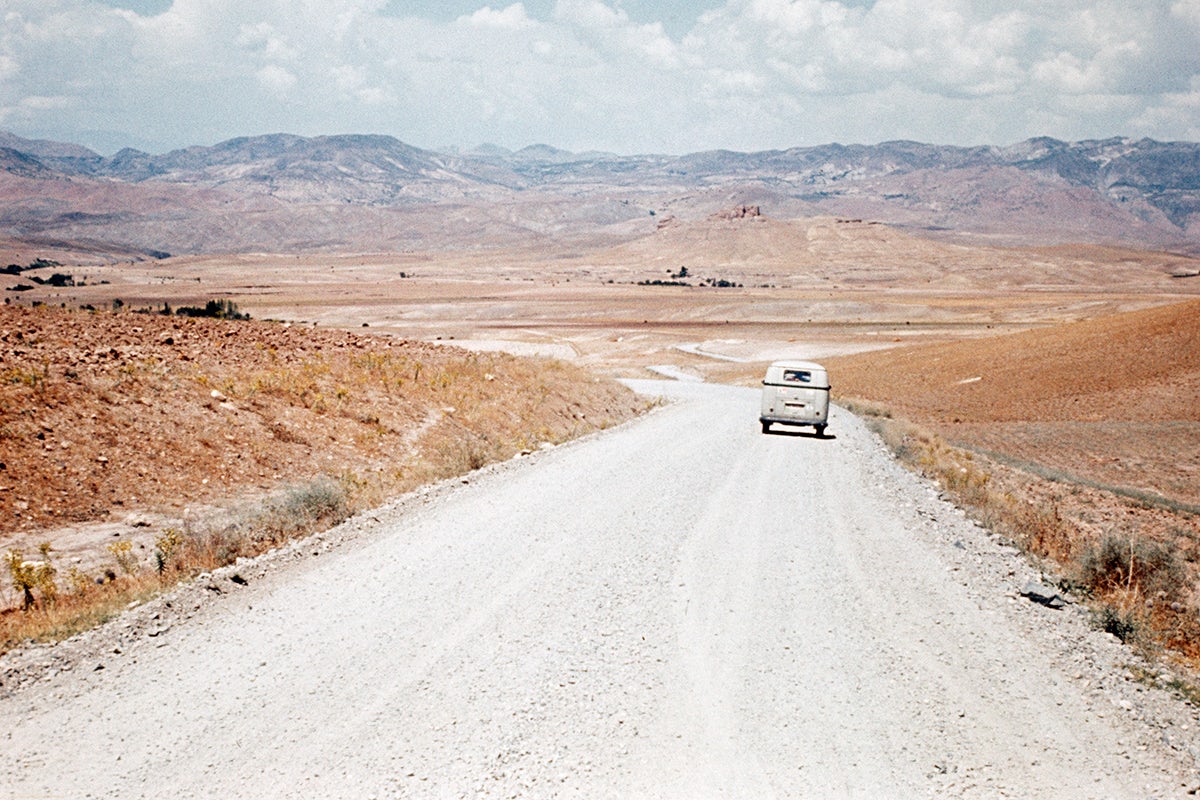 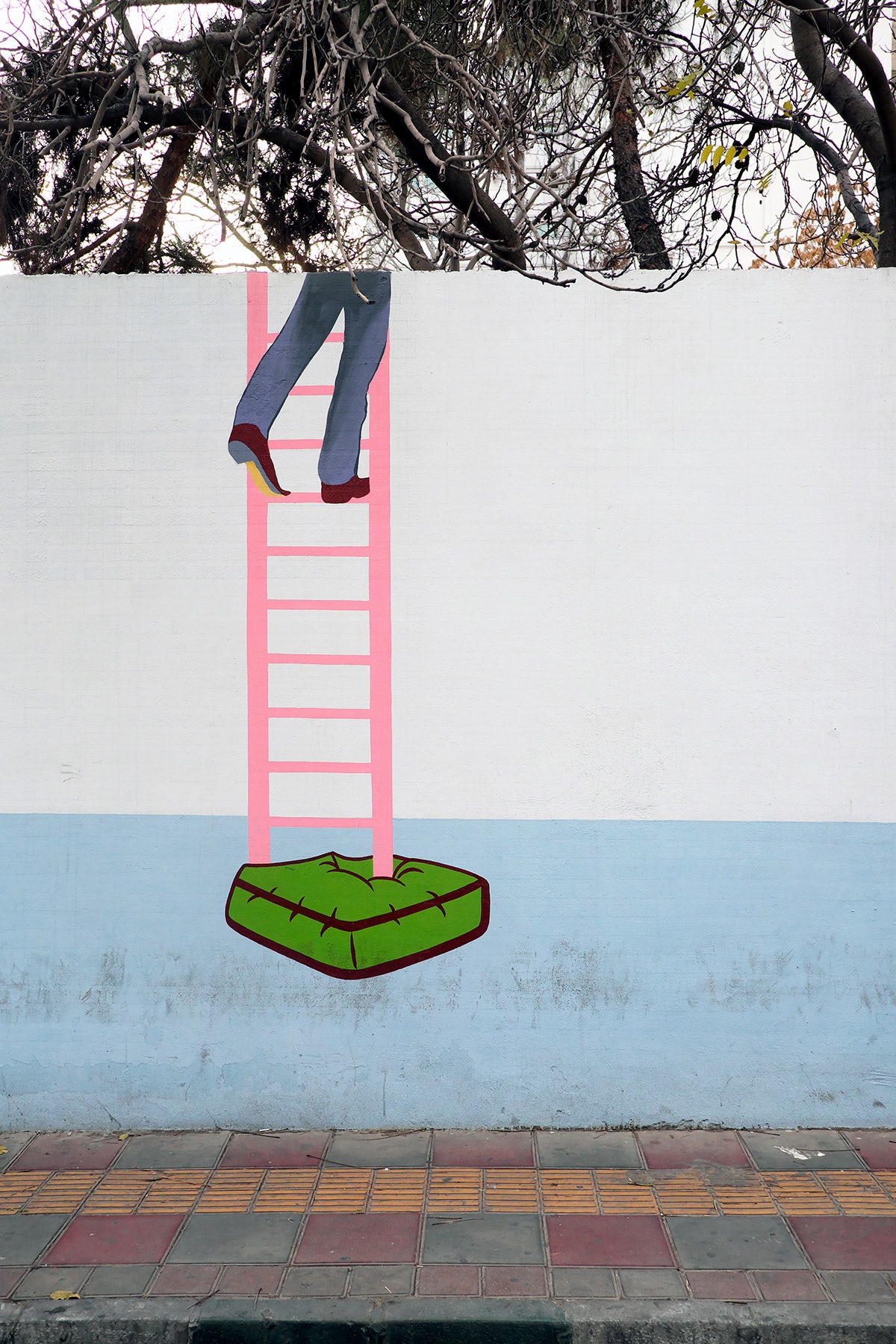 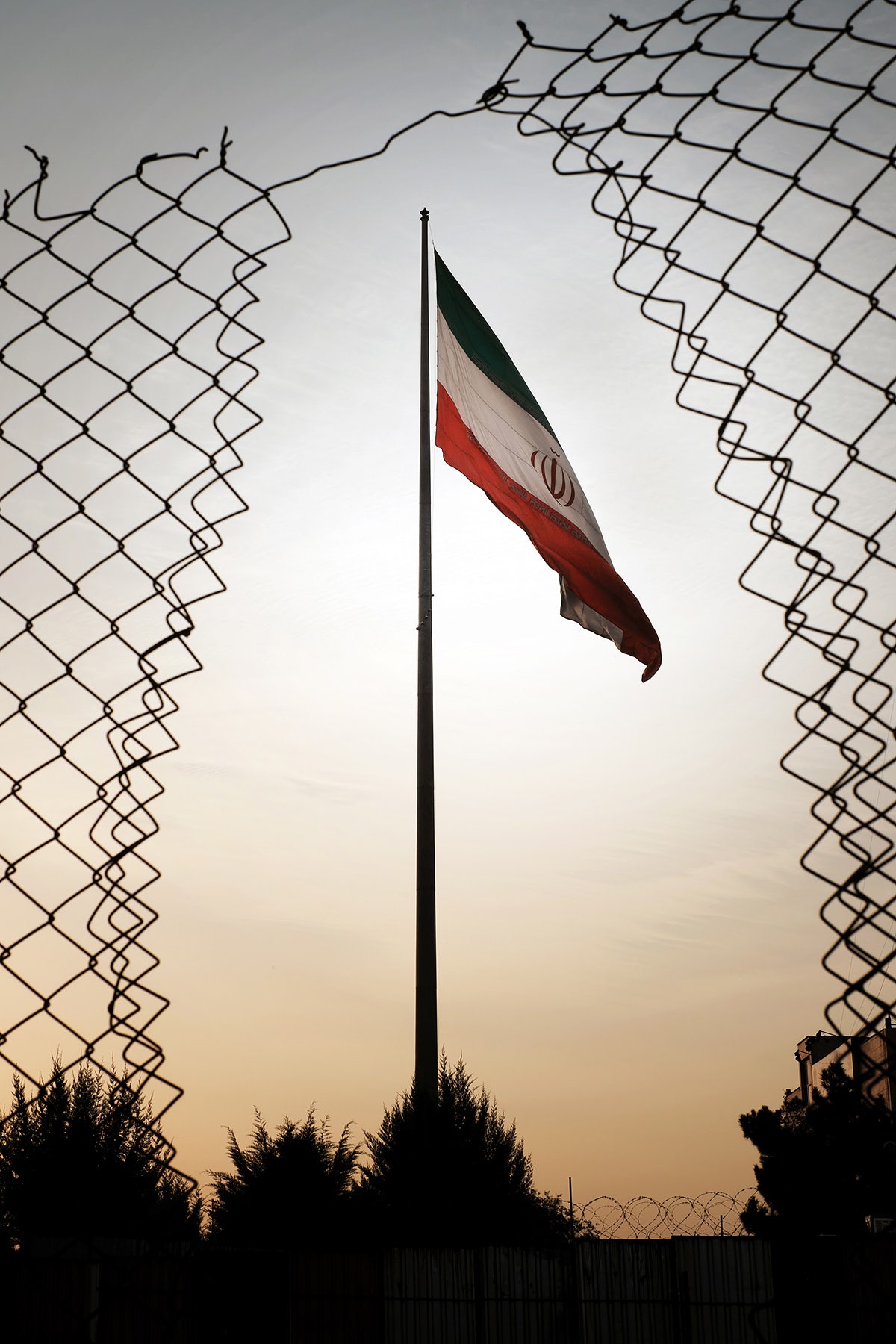 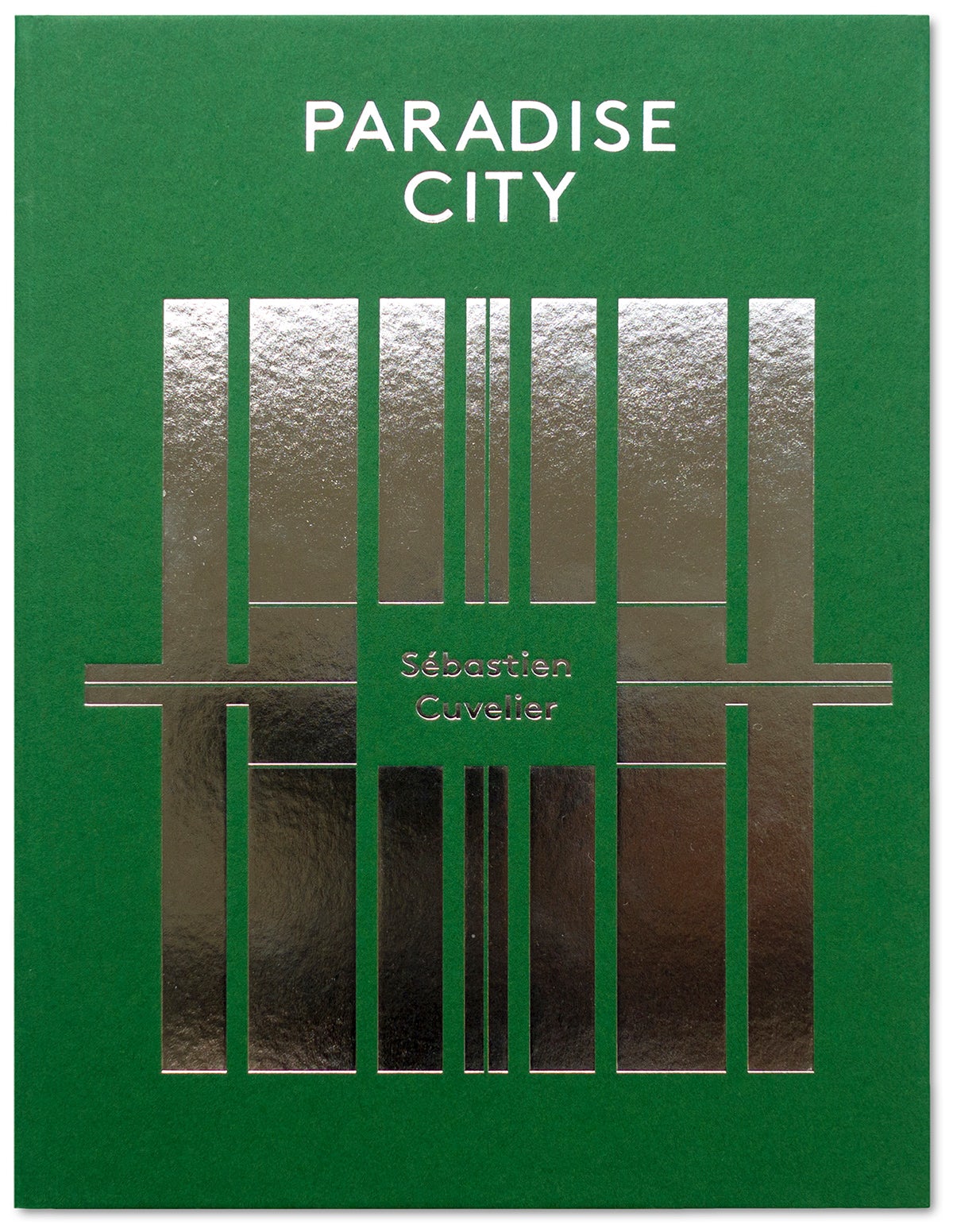