Los Angeles-based animator and director Jamie Wolfe’s latest project sees her create a music video for American artist Hollis’ track Sedative. A mind-bending delight, the video was inspired by the song’s mix of upbeat sounds with darker undertones and is the result of a close collaboration between Wolfe and Hollis.

“I’ve known Hollis for about eight years now, so we’ve been scheming for a long time on how we could work together,” explains Wolfe on how the project came about. “She commissioned me to do this video as part of the release of the first EP of her new album.” 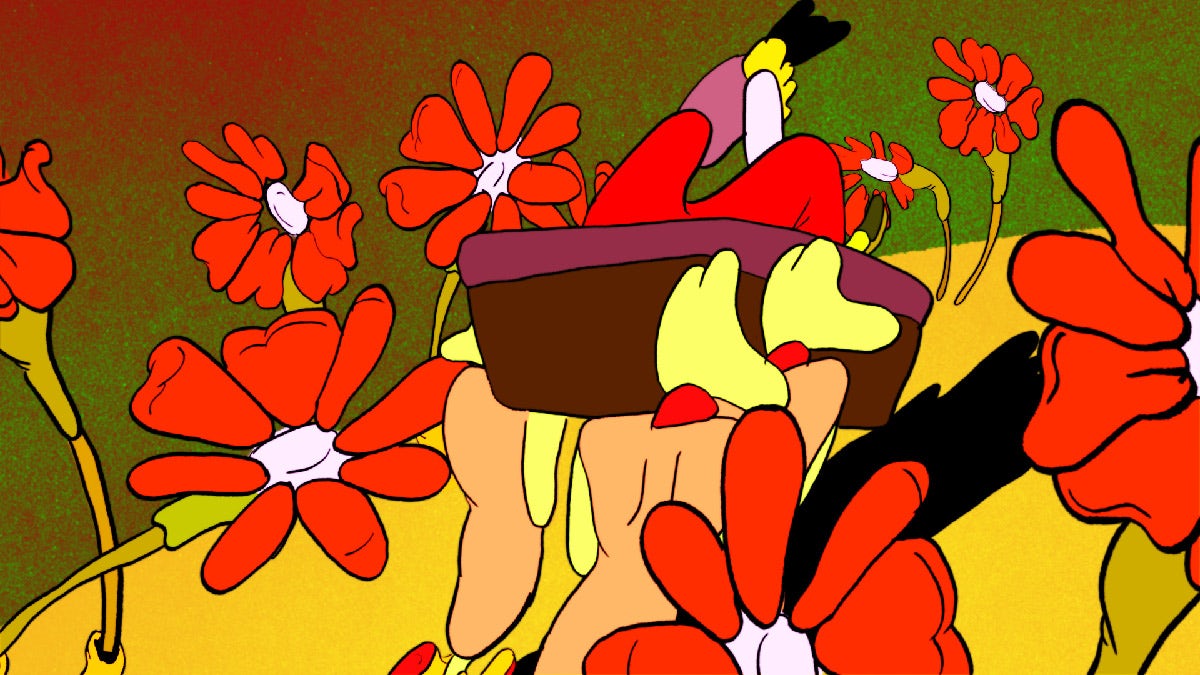 The brief was fairly open and Wolfe had free rein to run in whatever direction she wanted. “In the beginning, we did spend a lot of time talking about the general tone the video should have, ultimately settling on a ‘psychedelic bright exterior with eerie underlying darkness’,” she says. This led Wolfe to keep drawing until she honed in on a pool of motifs and themes she could explore. “I knew I wanted this piece to lean towards abstraction, so I worked pretty intuitively with only a loose narrative plan.”

The video starts with colourful flowers swaying delicately to the sweet tones of Hollis’ voice, and builds to show a series of flower-like characters with petals for eyelashes moving in sequence. The result is hypnotic as characters wilt and flourish repeatedly. “The narrative is obviously meant to be open, but my idea is rooted in a fictional death ceremony and then a character’s shift from life to death,” says Wolfe. “I was thinking a lot about life cycles, and the cultural rituals and symbolism around it.”

Wolfe says her goal was to “visually mimic the way the song invites you in with its poppy exterior, but then slams you with its dark lyrics”. Referencing cartoon tropes of body silhouettes and flowers, her chosen colour palette of yellow, red and purple emulates this larger-than-life world.

All of Wolfe’s twisting linework was drawn digitally on her Cintiq in Photoshop/TV Paint, composited together in After Effects, and then edited in Adobe Premiere. This process was key in allowing her to achieve the smooth movements between scenes and the characters themselves. “There were a lot of moving parts, so I had to be careful to keep a balance between control and chaos,” she explains. “Too much in either direction and the whole thing would lose its flow.” 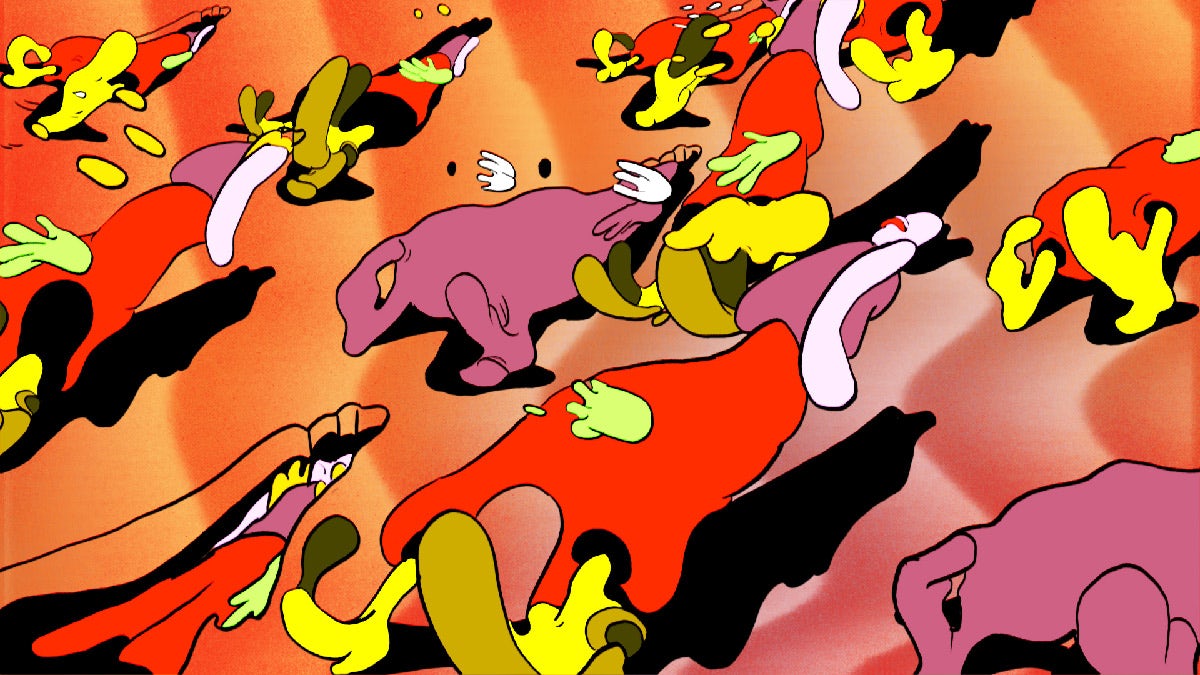 Wolfe has previously been commissioned by the likes of Adult Swim, Gucci, King Krule and XL Recordings, and received an MFA in experimental animation from CalArts last year. This video sits comfortably within her portfolio of bold and mesmerising animations, but it also marks a slight shift in pace: “I really like playing with abstract characters and experimental narratives,” says Wolfe. “This video, in many ways, is still me thinking in that space but doing it with slow, subtle movements that you can soak in.”

This ability to experiment with rhythms is one of the reasons Wolfe enjoys working on music videos. “It’s exciting to find hidden, underlying rhythms with the music and using animation to bring those out with animation,” she adds. 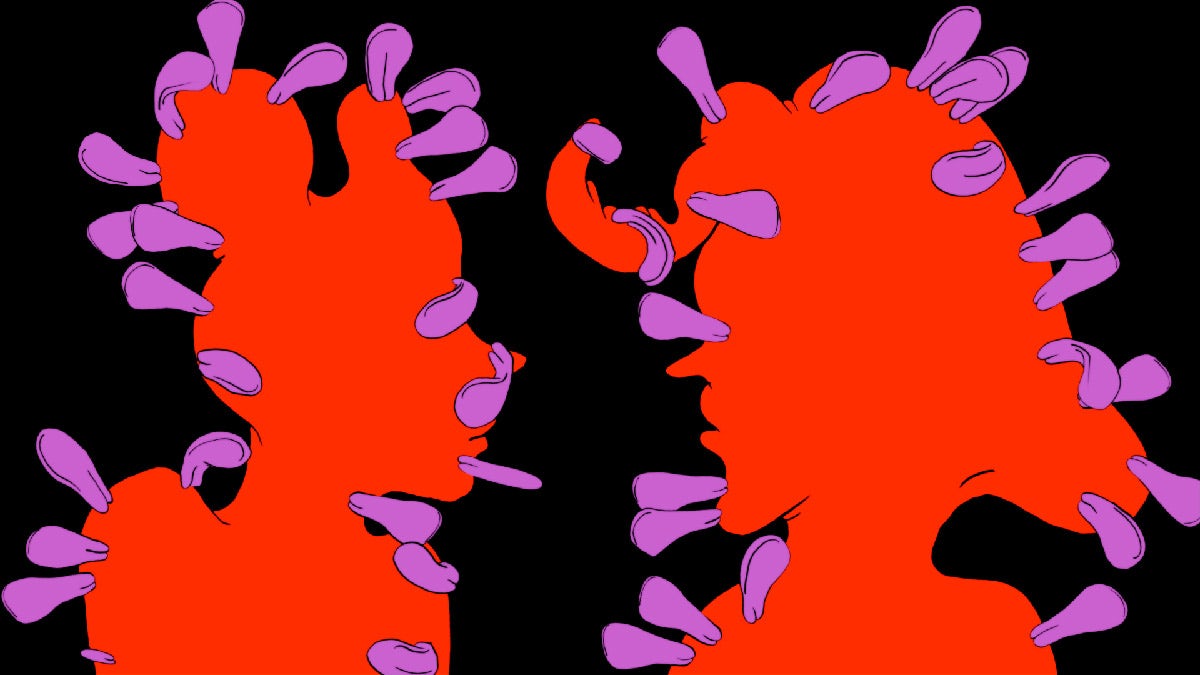 Working with a friend also made the project even sweeter for Wolfe. “I was constantly inspired by her overall aura, every meeting we had left my brain spinning with so many exciting ideas,” she says. “She is one of those special people that makes you feel like anything is possible.”