Many members of a certain generation will likely get misty eyed at the mention of the melodrama-packed gaming terms Space Harrier, Thunder Blade and Power Drift. These were just some of the Sega Taiken ‘body sensation’ arcade games people went loopy for when they launched in the 1980s, six of which are now being celebrated in a new book titled SEGA Arcade: Pop-Up History.

The title is published by Read Only Memory, the publisher focused on gaming history which was founded by Darren Wall, who acts as editor-in-chief helming all aspects of production including commissioning and editorial coordination, art direction and brand development. “I grew up playing these games during the late 80s heyday of the video game arcade,” says Wall. “They were noisy (and quite often smelly) places where gaudy cabinets jockeyed for your attention — and as young as I was, it was always clear that Sega was the most innovative company in this area. Their cabinets for titles like Space Harrier and After Burner looked more like military flight simulators than video game cabinets, and the games themselves were frenetic and heart-pounding experiences.”

As such, Wall had always wanted to make a book about these machines, “and a sober documentary style book just didn’t feel quite right,” he says. That’s why SEGA Arcade: Pop-Up History takes an unusual approach to presenting Hang-On, Space Harrier, Out Run, After Burner, Thunder Blade and Power Drift. Not only do we see images of the games in specially restored production artwork and reproduced in-game screens, alongside a written history from Guardian games writer and novelist Keith Stuart — they’re also brought to life in 3D. 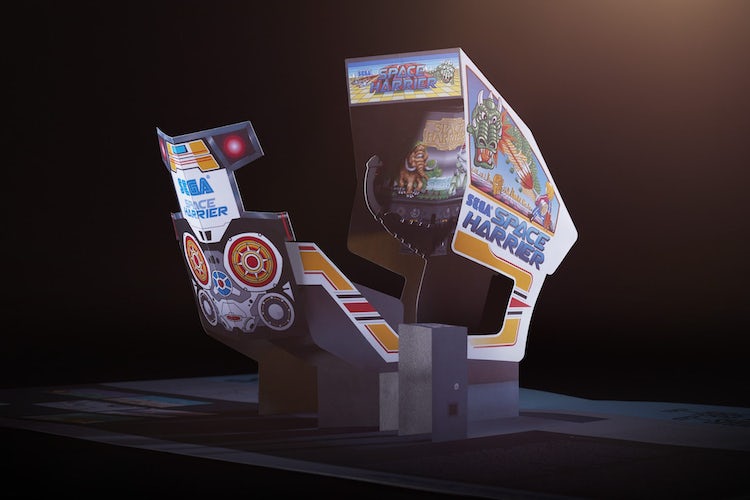 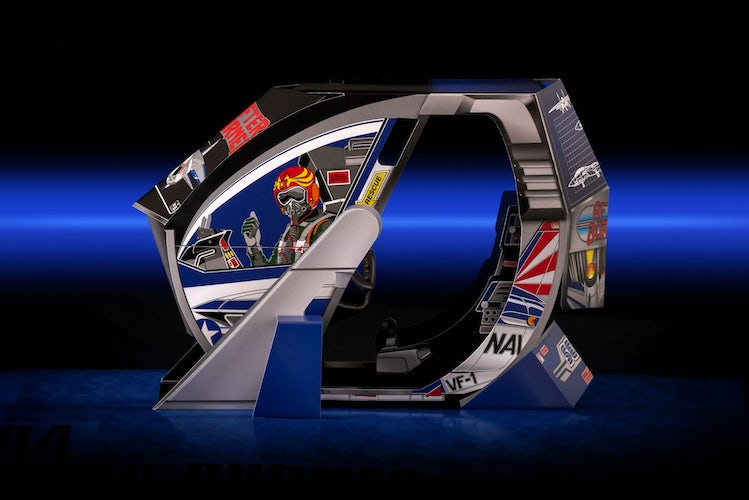 Paper engineer Helen Friel has recreated the games as six large scale pop-up paper sculptures to give a miniature representation of how they were configured; something for both those fascinated with the machinations of such things, and likely a nostalgia-inducing curiosity for those who remember the games IRL. “The most challenging aspect of creating the models, and the painstaking recreations of the original artworks that cover them — courtesy of Kam Tang — was getting detailed information on the nuances of the cabinets themselves, which are in large part now in the possession of Sega superfans,” says Wall. But thanks to the book’s successful crowdfunding campaign, he and Friel were contacted by cabinet owners “who were incredibly helpful and knowledgeable”, he says, and provided photographs and measurements to help ensure each model was as accurate as possible.

Design-wise, Wall says he was keen that, despite this being a pop-up book, it “retained the ‘gallery feel’” of other visual history titles published by Read-Only Memory. “The typical aesthetic of a pop-up book is driven by the fact they are aimed at children, whereas I wanted this book to feel slick, stripped back and somewhat timeless,” he says. “I’d always seen this as an ‘exhibition in a book’ so the models themselves feel like ‘the artworks’ and the texts and images that form the rest of the book feel like investigating a gallery space.” 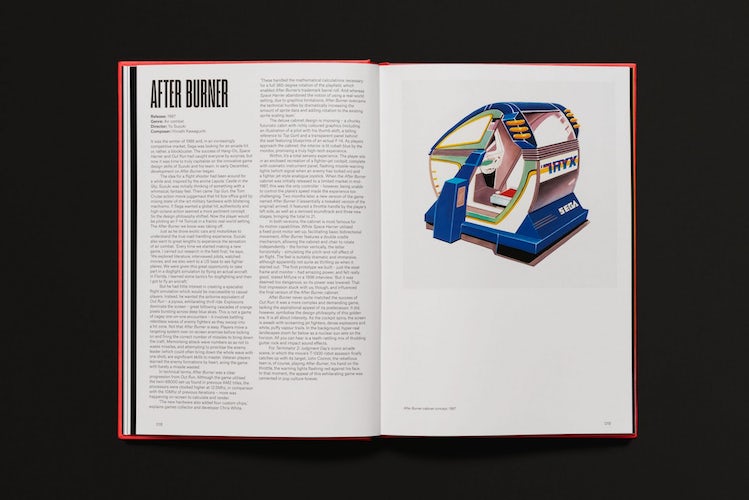 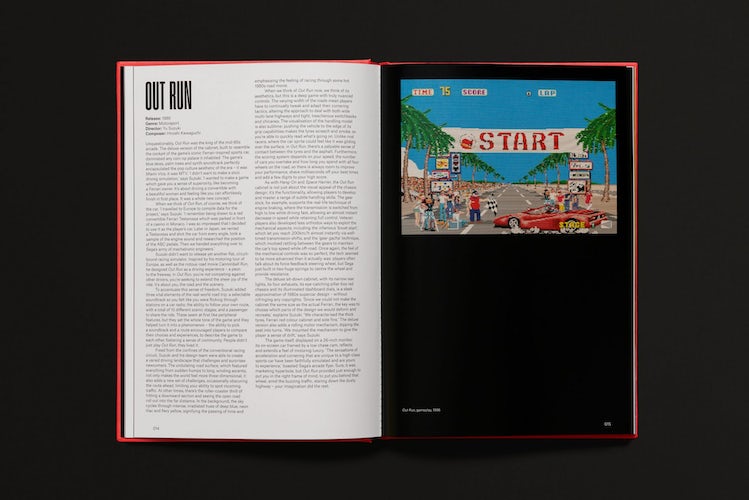 For the book jacket, Wall has opted to use a simple, striking red, with a black outline of the motorbike central to Hang-On — a game released in 1985, which sees players race against time and other virtual bikers. The typeface used is the condensed, all caps sans serif Coign 47 by Colophon Foundry, aligned to the left and giving a sense of modernity while hinting at the retro nature of the book’s subject. The same type style also appears as a headline font throughout the book, with body copy set in Atlas Grotesk Light by Commercial Type.

The hardcover book also features contributions from arcade game innovator Yu Suzuki, who offers his own first-hand insights into how these specific games were developed and created, as well as a broader look at the birth of the Taiken cabinet phenomenon.

Read-Only Memory is no stranger to the world of Sega: in 2014 it released SEGA Mega Drive/Genesis: Collected Works, which was followed by SEGA Dreamcast: Collected Works, a history of the cult games console, produced in collaboration with Sega and released late last year. 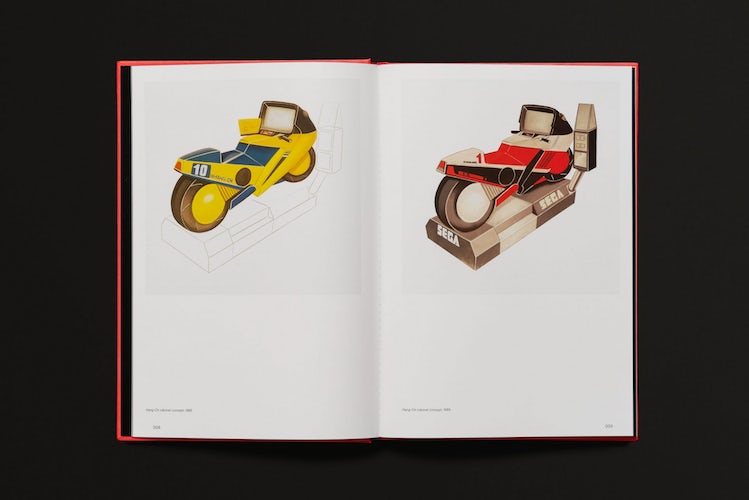 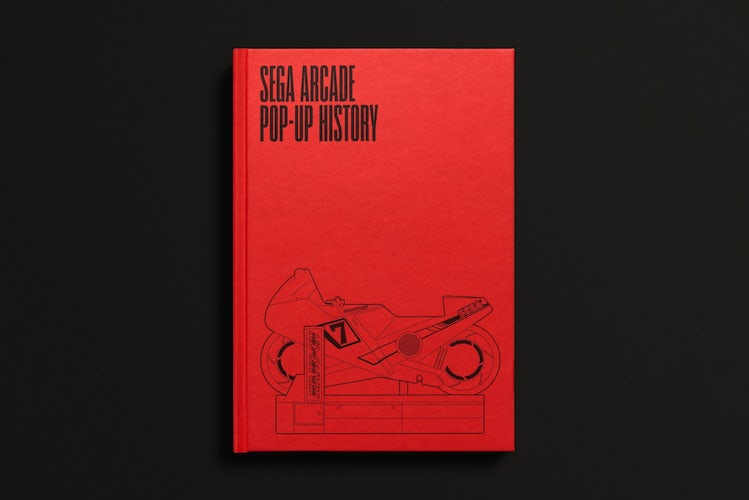