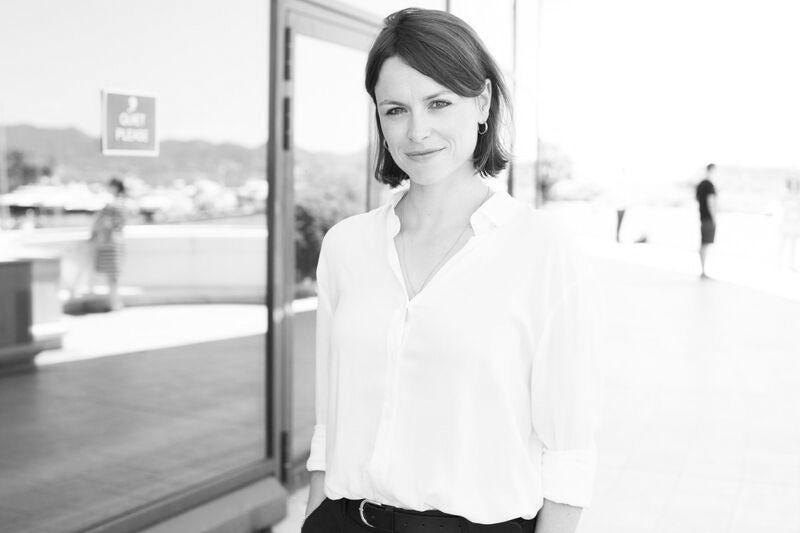 As part of our coverage of the #MeToo movement in the creative industries, below we talk to consultant and founder of the Cannes Lions initiative See It Be It Senta Slingerland about the changes that #MeToo has brought about so far, the media’s handling of the issue, and how education will take us all to the next stage.

Creative Review: Following some of the revelations that have come out about the creative industries since the #MeToo movement began, are you seeing any active change taking place?
Senta Slingerland: The biggest change I see is in the fact we’ve actually managed to give this issue a language. For the longest time, women – and men – haven’t known how to talk about sexual abuse, harassment, bullying or discomfort in the workplace (or anywhere!). Just the fact that we’re now one step closer to naming what’s happening, and how we feel about it, is huge.

I think we still have a long way to go when it comes to dealing with nuance and with doubt. Too often, people jump to conclusions when you try to explain to someone how someone in power made you feel. For other men especially it can be hard to come to terms with the fact one of their friends or favourite colleagues acted inappropriately. They can’t marry two sides of the same person in their head. I think women have been doing that far more easily for years.

CR: What do you think about the way that the creative world is handling accusations?
SS: I think every case has been handled slightly differently: some agencies have been a lot more transparent than others and I applaud that.

CR: How about the way that #MeToo cases in the creative industries are being reported in the media? Do you think this is being talked about in a useful way to help the conversation move forward?
SS: I don’t think the conversation is useful, yet. I do cut us all some slack because we have only really just started tackling this – we are trying, testing, iterating. Everyone is very scared about saying the ‘wrong’ thing at the moment and fear isn’t conducive to great communication. So much still remains unsaid out of fear of coming across ignorant or insensitive and whilst I think that’s fair, we might need to have those remaining difficult conversations now.

I think we’re ready to move this conversation on – maybe not even to the point where we start coming up with solutions, but where we’re ready to say things like ‘I don’t like talking about race with white people’ (as Reni Eddo-Lodge did) and then really talk about why that is and what we could start doing to fix that.

CR: What more do you think the industry and the media can and should be doing in this area?
SS: Education. When men say ‘so I can’t pay any woman in the office a compliment anymore now?’ … those are the conversations we could anticipate and eradicate by educating people, by getting men involved in everything, by hearing them out, by organising small groups of people in companies to get together and share stories and grievances in safe spaces. And by coming up with codes of conduct together.

CR: Do you think we are having a full and comprehensive conversation around the issues raised in #MeToo yet? If not, what could be done to help this?
SS: No, we’re not. But at least we’ve started. At the moment we’re dismissing a lot of the conversations that we feel are unenlightened, sexist and patriarchal. And I think it’s not wrong that we’ve done that – we needed to have our say first. But maybe now it’s time to listen to the other side, show and teach empathy. This is easier said than done – I also have zero patience for the ‘but maybe she enjoyed it’ and ‘shouldn’t the job go to the best candidate’ conversations, but if we’re not in those conversations, they’ll be had without us and that’s even worse.

CR: As well as protection for whistleblowers, do we need protection for those accused? If so, how could this be put in place?
SS: The accused deserve the same protection as the accused of any other crime. But more importantly, the accused need to be educated – there seems to still not really be a way to explain what is sexist behaviour. Madonna Badger, in this year’s Glass Lion jury room, said it’s all about empathy – imagine being your sister and saying or doing that etc. I would say … if you’re approaching a woman, if you’re talking to or touching her …. think to yourself: are you giving to her or taking from her right now? That should start telling you something.