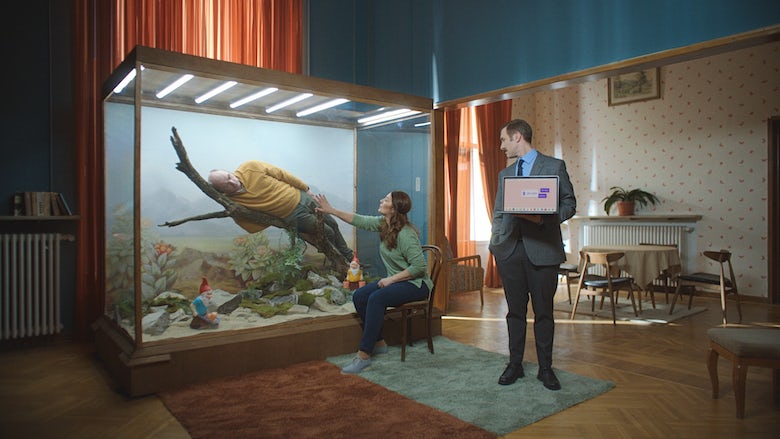 Setapp is a subscription service that allows access to over 200 apps for your Mac and iPhone with a monthly subscription. In this campaign, ad agency Droga5 created a series of commercials that aimed to drive mass awareness of Setapp, which at the time of launch was little-known.

To do this, the team took a comical approach to the subject of apps, and in particular how the wide range of those available can create decision fatigue and actually prevent us from working efficiently. From this insight, the tagline for the campaign, ‘Don’t Get Sidetracked. Get Setapp’, was born.

The finished campaign consisted of three films featuring a series of absurd scenarios demonstrating the consequences of a magician, hypnotist and father getting distracted mid-task. In Snake, a man with a phobia of snakes is hypnotised into thinking he has become one and is left in a snake-like state as his therapist loses concentration. In Hide & Seek, a father starts a game of hide and seek with his son but is waylaid and leaves him behind a curtain to grow old. And in Disappearance, a magician makes a man disappear, but after getting distracted fails to bring him back, leaving his wife to spend the rest of her days searching for him.