Shelter’s new brand identity is created by Superunion and features a red arrow formed by brushstrokes. The intention is to bring a sense of the activism that was at the heart of the charity when it was formed in the 1960s back to the logo, while still referencing the shape of a roof which was a central part of Shelter’s previous mark.

“The new symbol embodies 50 years of campaigning and a never-give-up attitude,” says Superunion creative partner Adrian Burton. “It’s a symbol that people can recreate, make at home, share and ultimately, take to the streets.”

The new ad campaign is created by ad agency Who Wot Why and features imagery of real people affected by the housing emergency projected onto buildings and homes. It is set to a track by Wretch 32.

The film is accompanied by a striking set of outdoor, print and online ads, featuring bold text and striking black-and-white portraits shot by photographer Tom Cockram.

The campaign, and new identity, aim to return some urgency and fight to the charity’s messaging, emphasised by the tagline, Fight for Home. “The housing emergency has escalated to staggering levels, impacting the lives of one in three of us,” says Willow Williams, head of marketing at Shelter. “Meanwhile, the global health crisis has made things a whole lot worse. This situation demanded an urgent and unflinching campaign to inspire everyone to join Shelter in the fight for home.” 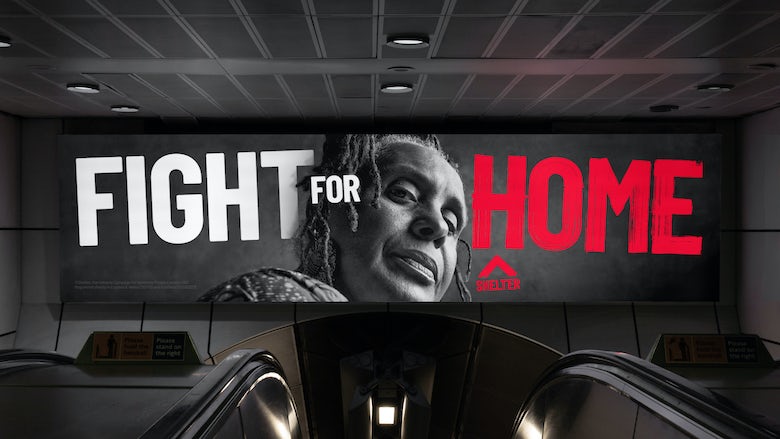 “With one in three impacted by the housing emergency, this isn’t just about street homelessness; it’s about people and families up and down the country who don’t have somewhere safe to sleep, and who are moving from sofa to sofa, trapped in often dangerous temporary accommodation, often cutting back on food to pay their housing costs, or living in fear of being evicted,” says Sean Thompson, ECD and founder of Who Wot Why.

“We uncovered the raw truths from conversations with the people who use Shelter’s services and translated this into provocative OOH and a powerful track to force the message home,” he continues. “The results are grounded in lived experience and empathy from the heart of this complex, yet often hidden issue.” 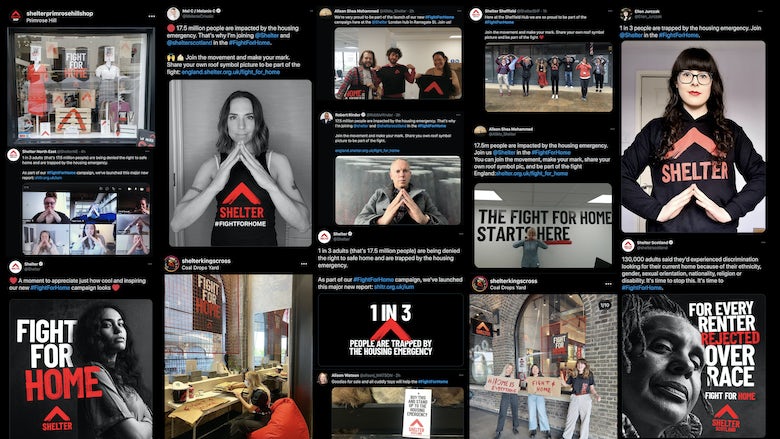 How do you shoot compelling sports photography?