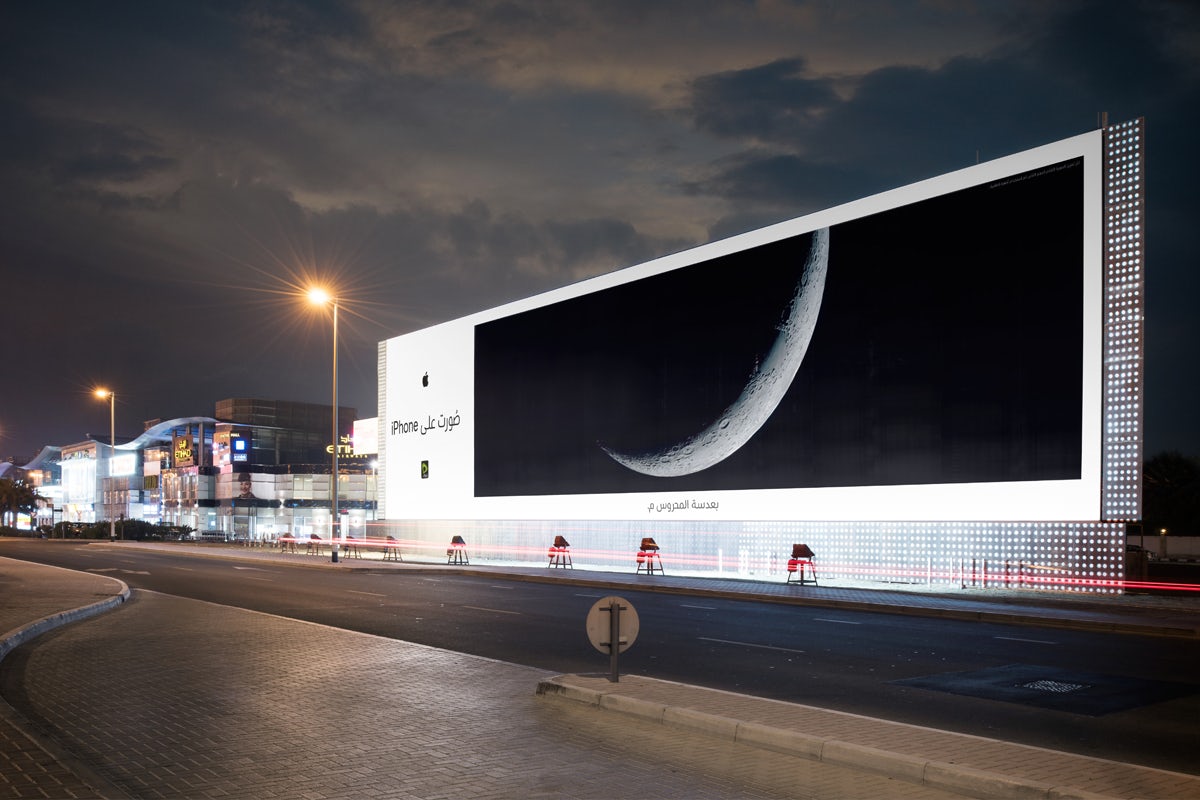 The end of Ramadam and the beginning of Eid celebrations are traditionally signalled by the first moon sighting. For its Shot on iPhone campaign, Apple worked with five local amateur photographers, shooting in the UAE desert to capture the moon on an iPhone 7 and iPhone 7 Plus.

The photographers spent 21 nights over the course of a month, following the lunar cycle and capturing the different details and phases of the moon. The images were taken using a telescope fixed to the phones – if you want to do it yourself, Apple has produced a How To film.

A large scale out of home campaign featuring the images is running in Dubai and Abu Dhabi alongside a cinema commercial. 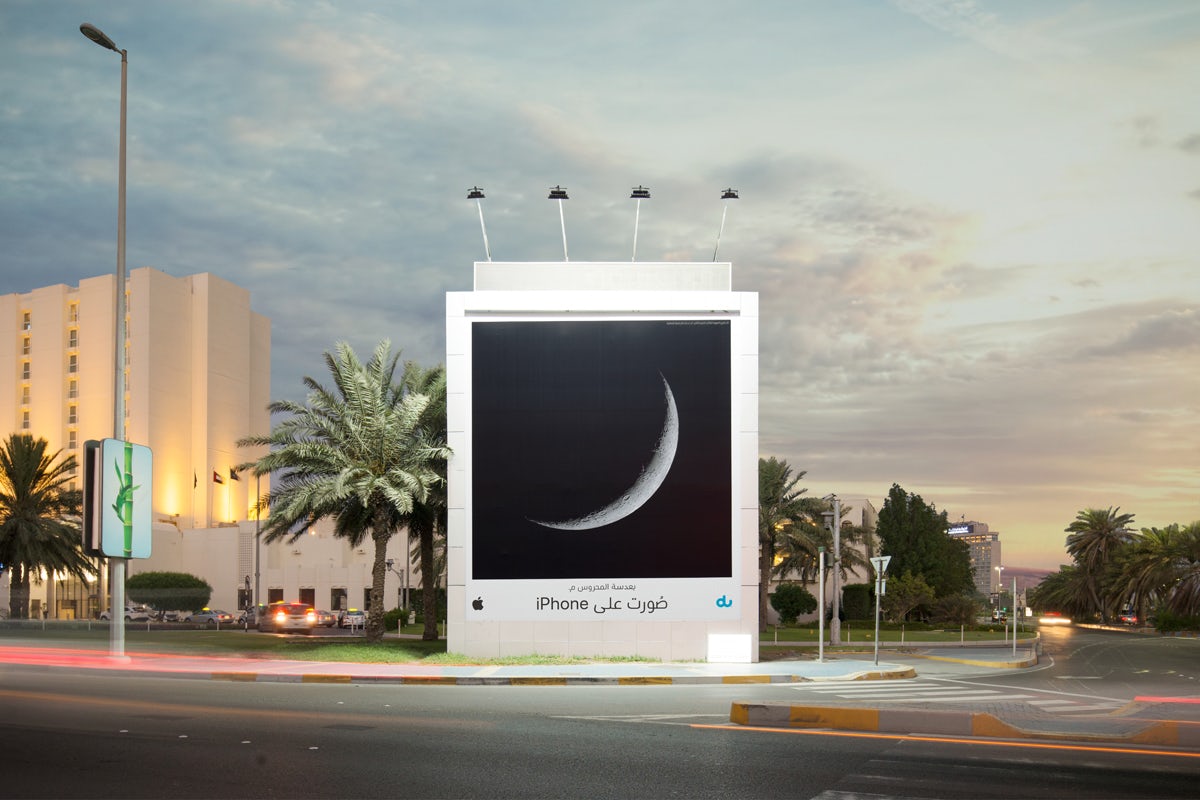