There’s a new wave of creative technologies set to change the face of ecommerce – from livestream shopping, to virtual stores, to digital-only fashion houses. We examine how human connection is at the heart of all of them

We’re all well used to the news reports about the retail apocalypse by now. It’s a slow decline that has loomed over traditional retailers for the past ­decade and has only been accelerated by the pandemic, where the recurring story is one of plummeting sales and deserted high streets. In place of bricks-and-mortar, the obvious place for brands to focus their attention is on the booming ecommerce market, which is expected to be worth $5.4 trillion globally this year, according to eMarketer.

In an age where you can order something from Amazon and it will arrive the next day, the shape of online shopping has largely been driven by convenience and efficiency – at least up until now. There is increasing evidence that the Amazon-style model is neither logistically nor environmentally ­sustainable for a lot of retailers in the long term. Add to that the formulaic interface of tiled product images on a big white screen still used by the majority of ecommerce sites, and it’s clearly an area that is ripe for change. “If you think about it, this template was ­created 25 years ago to sell books on Amazon, and then somehow it got used for every category and brand,” says Neha Singh, founder and CEO of ­virtual retail platform Obsess.

Originally from a tech background, Singh moved into fashion a decade ago when she ­started working for a luxury ecommerce marketplace, followed by Vogue, where she was head of product for three years. While at Vogue, she was inspired to launch her own ecommerce platform after speaking to countless brands that were struggling with their online shopping experiences. “It became clear to me that the ecommerce interface was going to have to evolve,” she tells CR. “If you think about the younger generation of consumers who are so used to 3D and interactive interfaces, gaming and visual interfaces, and social media, ecommerce is lagging behind, and so that led me to start Obsess.” 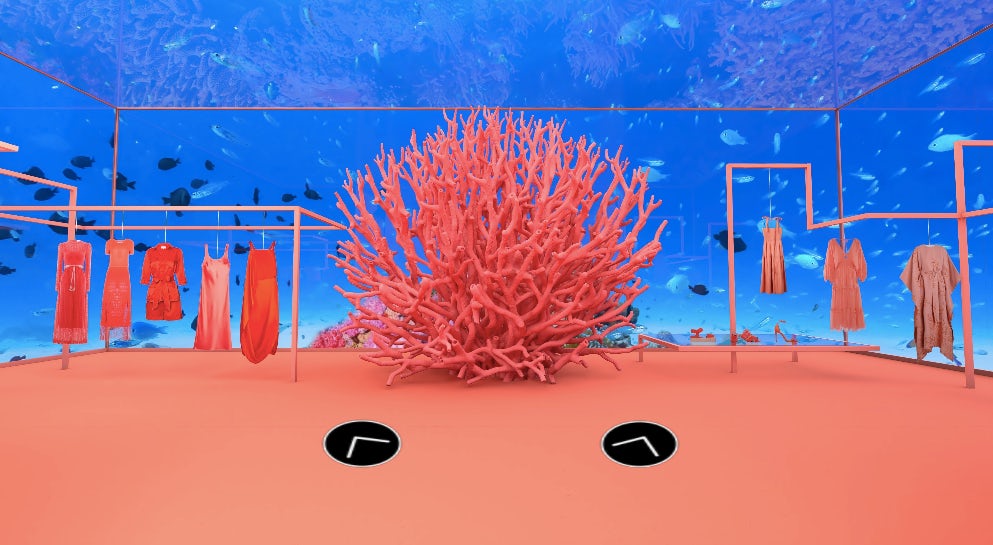 Since launching in 2017, the platform’s mission to reinvent the ecommerce interface has evolved from creating virtual storefronts experienced via a VR headset, to a more accessible web-based platform that means consumers can interact with virtual stores everywhere from their phones to a desktop. “It’s not even so much about virtual reality as it is about 3D and visual … because that’s how the real world is, and that’s what is intuitive for people to understand,” says Singh. “In virtual reality there’s no limit; ultimately, brands can create whatever they want and engage consumers in a much deeper way than they have been able to do digitally.”