As ABBA quite rightly pointed out, breaking up is never easy. Illustrator and animation director Carlin Díaz has brought the complexities of heartbreak and the post-split emptiness of walking through an empty house into a surreal realm in his brilliant new short, Should I?, which recently premiered on WePresent.

As the title suggests, the protagonist – voiced by multidisciplinary artist Peter Shire – wrestles with a decision most of us have experienced: whether or not it’s a good idea to call your ex. However, this is no mopey anti-romance: instead, Díaz takes us through the strangeness of domesticity (and listening to Pink Floyd) after heartbreak, but veers into unexpected psychedelic territories.

Opening in cutesy millennial pink and hippie-ish typography, a lone house is filled with a lone person, laying supine in reverie before delivering a sad monologue in a kitchen that feels like a mixture of post-modern Memphis fetishisation in its interior design decisions, and a bubblegum-tinted veneer for sorrow.

Certain elements of Should I? recall Díaz’s gif series Sun, Sol, Soleil with its glittering sun-like orb, a project he described as being “about going away from all we know as reality to explore our inner self and find the sun, the light”.

The sound design and music from David Kamp work beautifully: it’s subtle but potent, with certain dialogue making voices echo and drift – a reflection of the shifts in space and time that characterise Díaz’s k-hole of a worldview.

As colourful and charming as this short is; it’s a slow, insistent invitation for weepiness (not, perhaps, something to be viewed for the tired, hungover, heartbroken or easily moved). This is especially so in the final scene, which pans out from the house  to see a lonely figure waving from the window, stating in a creaky deadpan, “I’m trapped on you.”

For all its technical wizardry, Díaz’s work often uses physical materials like Chromolux and glitter paper, and he always begins with a pencil drawing, which he then often vectorises using Illustrator to create the colour palettes and composition. The warmth of the pieces are created in Photoshop through the addition of texture, light and shadow.

Díaz was featured in CR’s New Talent series last year, which showcases creative talent on Facebook and Instagram. Working across animation, illustration and collage, the Venezuelan-born, Paris-based creative’s style is highly distinctive in its use of shape: faces and background elements are often simple renditions that have a feel of a 1950s toy set, but these are offset with unusual textures and colour gradients that gives everything a sharp but dream-like quality. It makes sense that he initially studied graphic design before moving into animation, with a keen eye for geometry, layout and structure throughout even the most uncanny turns. 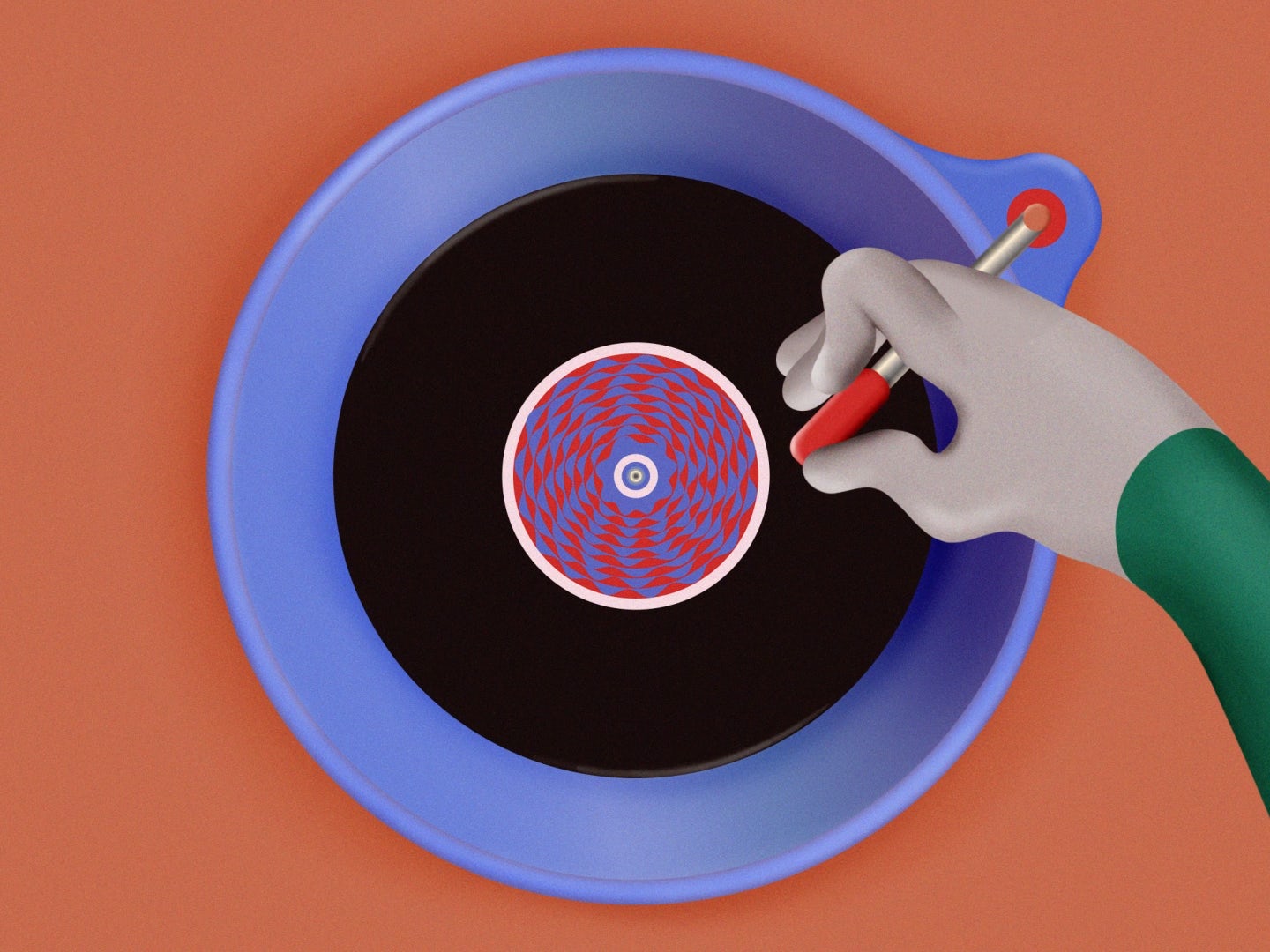 In 2018, he told us that he’d grown up with visual influences ranging from graffiti to skate culture to Surrealist painters like Magritte. His characters and objects manage to combine a certain weightiness with a fluidity that suggests that, like with his narratives, all might not be as it seems. His use of colour is striking, with each tone painstakingly selected: “[It’s] super important that once I create the colour palette, [I] put it away for at least a day and a half and look it at it with fresh eyes, then I will see if it works or I have to change something,” he told us.

The film ends with the declaration, “Pour [for] Marie.” Oh Marie – we sort of hope she feels as bad as Díaz’s star does.

Should I? premiered on WePresent last week; carlindiaz.com