Over the last decade, French illustrator and animator Simon Landrein’s witty take on the world around us has attracted a big-name client list that includes The New York Times, Apple and Nike. Asked to describe his distinctive aesthetic in his own words, he settles on “bold”, “minimalist” and “quite cheeky”.

‘Quite’ is a slight understatement in Landrein’s case; his new series of short-comics depict everything from a bird poo victim taking vengeance on his feathered foe, to an upskirter getting a nasty but, frankly, well-deserved surprise. 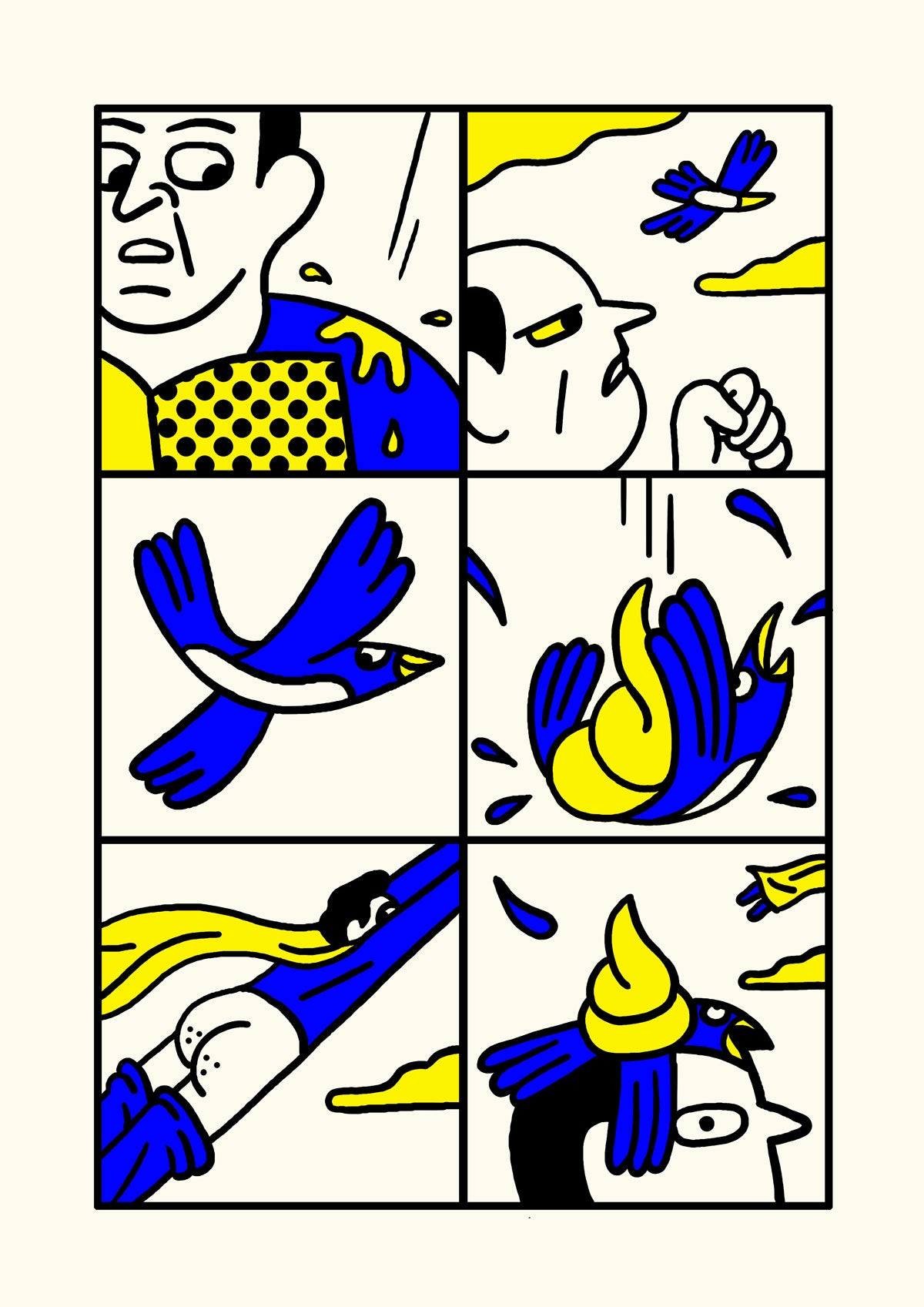 “Most of the pieces are about the way we look at things, and how we can interpret them. I like to give an obvious starting point and end somewhere totally unexpected,” says Landrein.

This approach also led to the choice of name for the show, I Don’t Get It…, which the illustrator says is one of the most common things people say to him about his work. 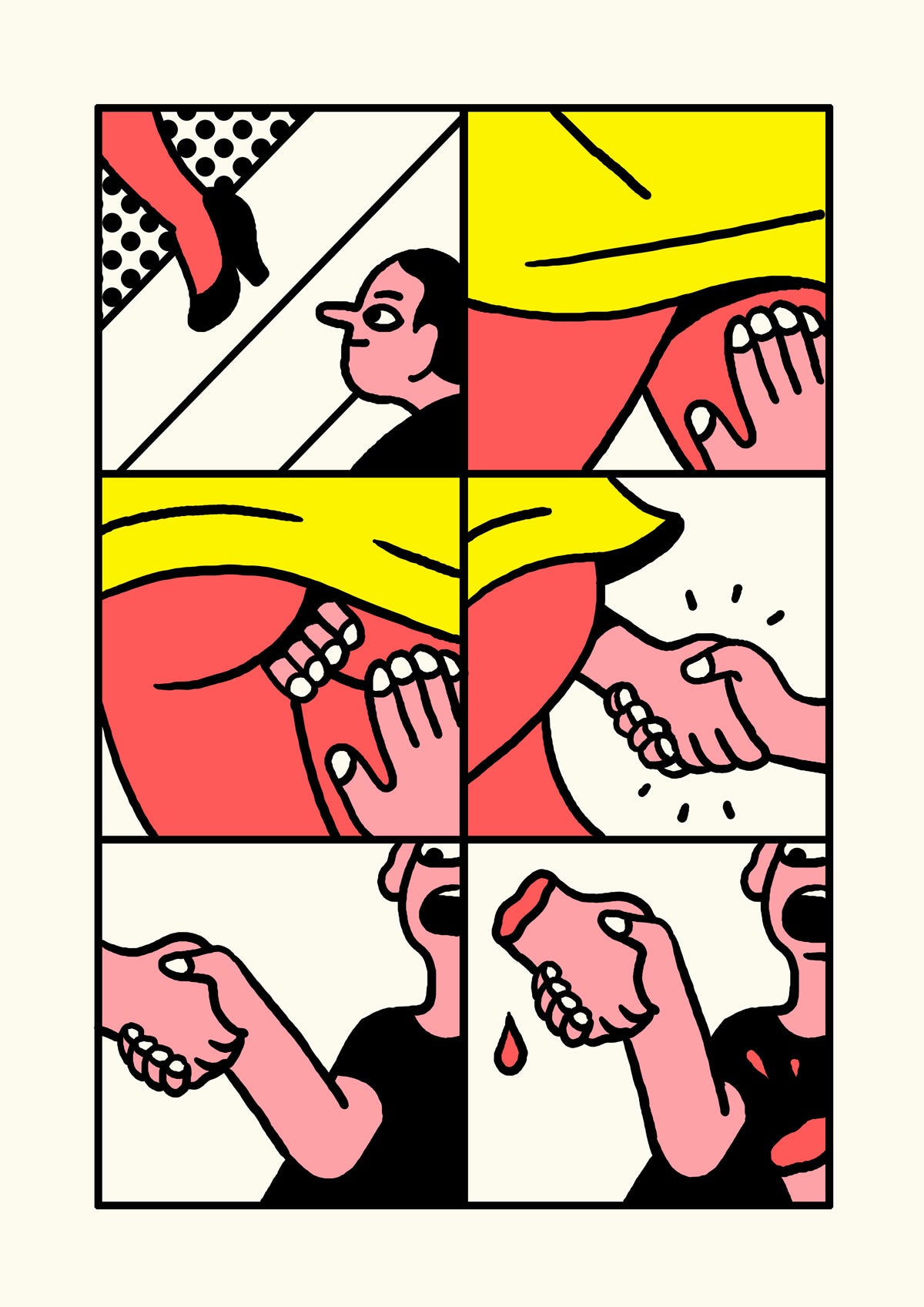 “These short comics are pieces of stories glued together with humour, sadness, laughter and horror. They might be a simple joke from the pub or a total nightmare that makes absolutely no sense. But they may also bring just enough confusion to simply ask ourselves, ‘why?’,” he adds.

As well as surprising and, perhaps confusing, visitors, the main aim of the show is to provide a close-up look at something we often forget as a rich source of inspiration: other people. 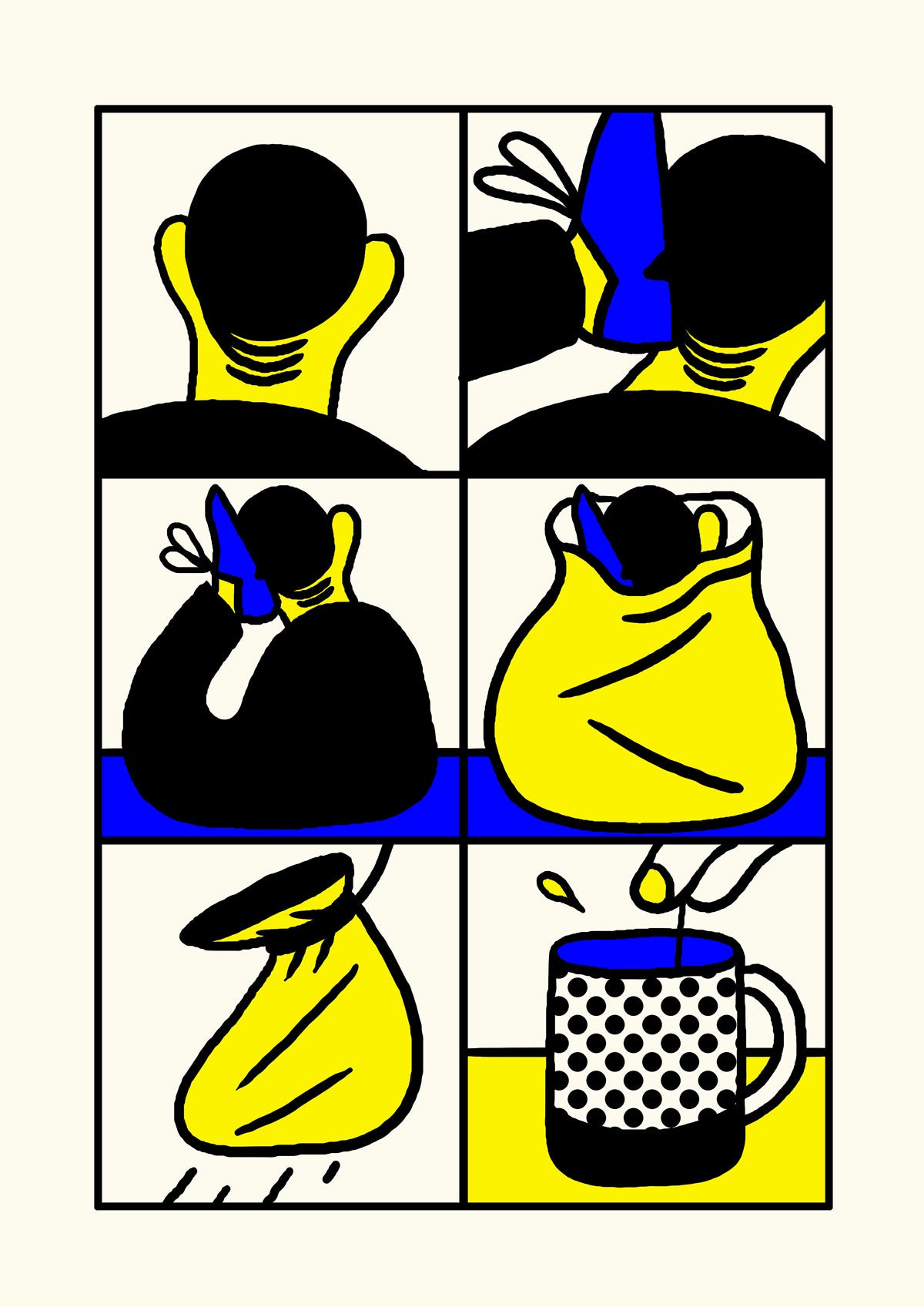 “I think people who live around us have a bigger influence on us than personalities we’re looking up to. I like how our direct environment just gives us stories,” says Landrein.

I Don’t Get It… is at Pocko Gallery until 28 Feburary 2020; simonlandrein.com