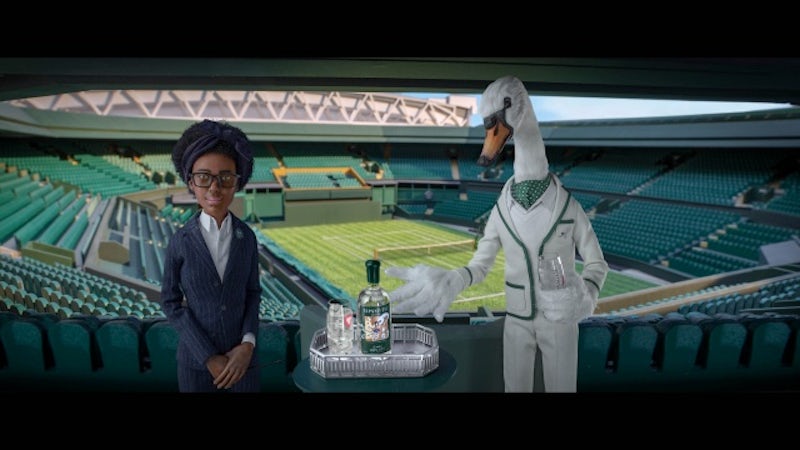 At its centre is Sipsmith’s established brand ambassador, Mr Swan, a dapper if occasionally irreverent figure. In the animated commercial, Mr Swan, in typical style, mistakenly announces Wimbledon to be the ‘Official Tennis of Sipsmith Gin’, rather than the other way around. It’s not long before things snowball and Mr Swan gets more and more carried away, claiming everything related to Wimbledon to be officially Sipsmith’s, from the grass, to the ball machines, to the lawnmowers, to the tournament’s pigeon-scaring hawk.

As well as the commercial, the campaign came to life through multiple channels at Wimbledon itself, from signage, to tournament programmes to souvenir posters. There was even an official merchandise store selling balls, brollies and grass cuttings. A statue of Mr Swan was also erected outside the iconic Centre Court.