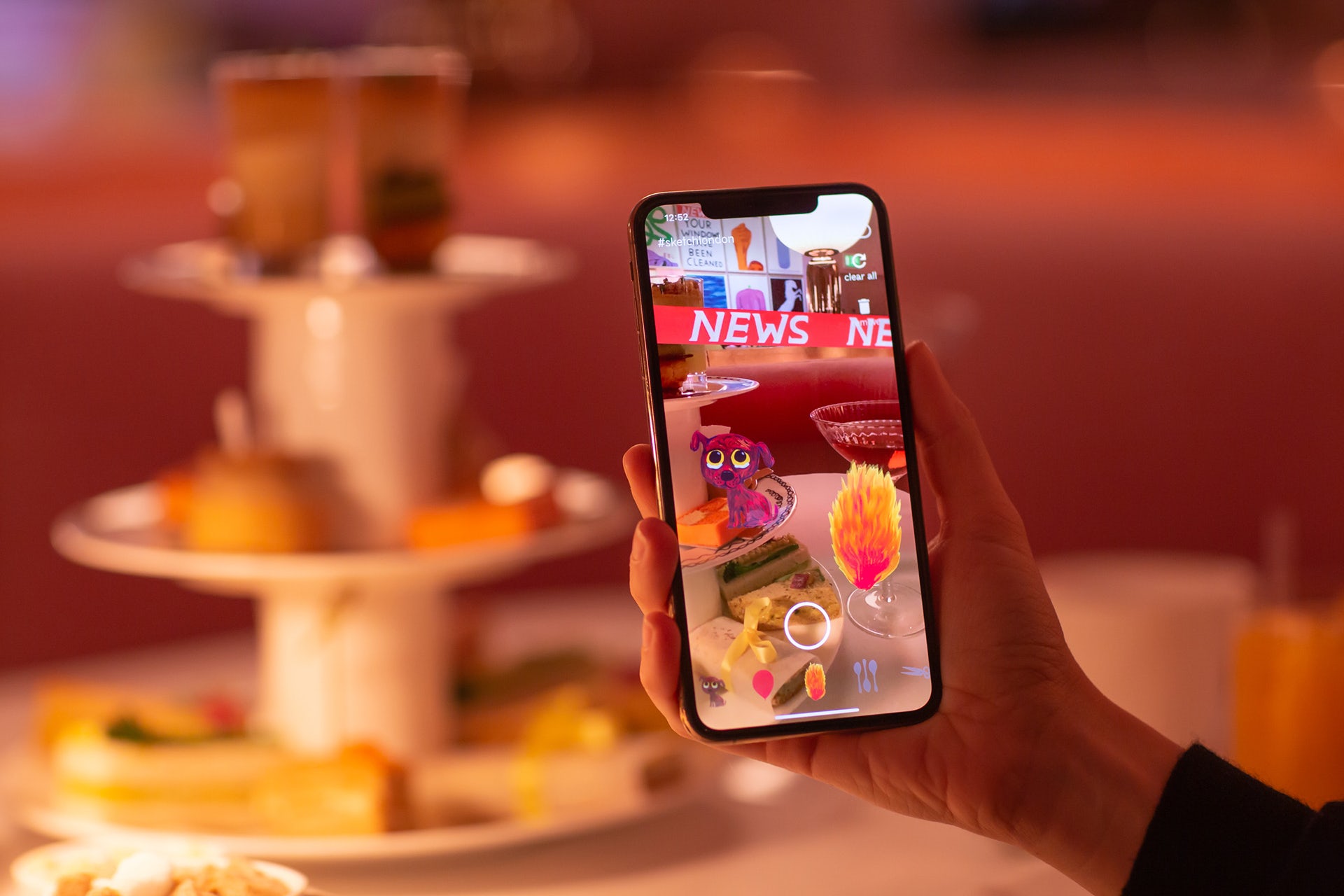 Sketch has just launched a new AR app that lets visitors ‘fill’ its Gallery restaurant with interactive animations by artist David Shrigley. The space is already home to a large collection of his works, down to the crockery which is emblazoned with his irreverent slogans. However, sketchApp will now allow people to take his art into their own hands by placing animated digital stickers of his artwork around the room (or anywhere else) by way of their phone.

The app was created by Hato, the studio behind Sketch’s addictively fun website that, for once, openly encourages people to play with their food. This latest development feels like a suitable continuation of Sketch’s unconventional approach to both dining and digital experiences.

“Working with a client that creates a dialogue of play with their audience is always a highlight – added to that the chance to animate David Shrigley’s artworks in AR is quite a unique and truly fun opportunity,” said Ken Kirton, founder and creative director of Hato.

There’s a nice mix of moving banners, characterful creatures and decorative animations to choose from, so diners can add as many weird layers as they like to their AR collages.

The animations don’t follow movements, so if you’ve placed a little crying pooch on your plate, that’s where it’ll stay until you pivot your camera back. However, this – along with the fact that the AR doesn’t need to be triggered by a real world object – does lend itself to building 3D environments that you can actually move through. It’s a neat trick from Sketch, and makes the already tricky rule of ‘no phones at the table’ that little bit harder. 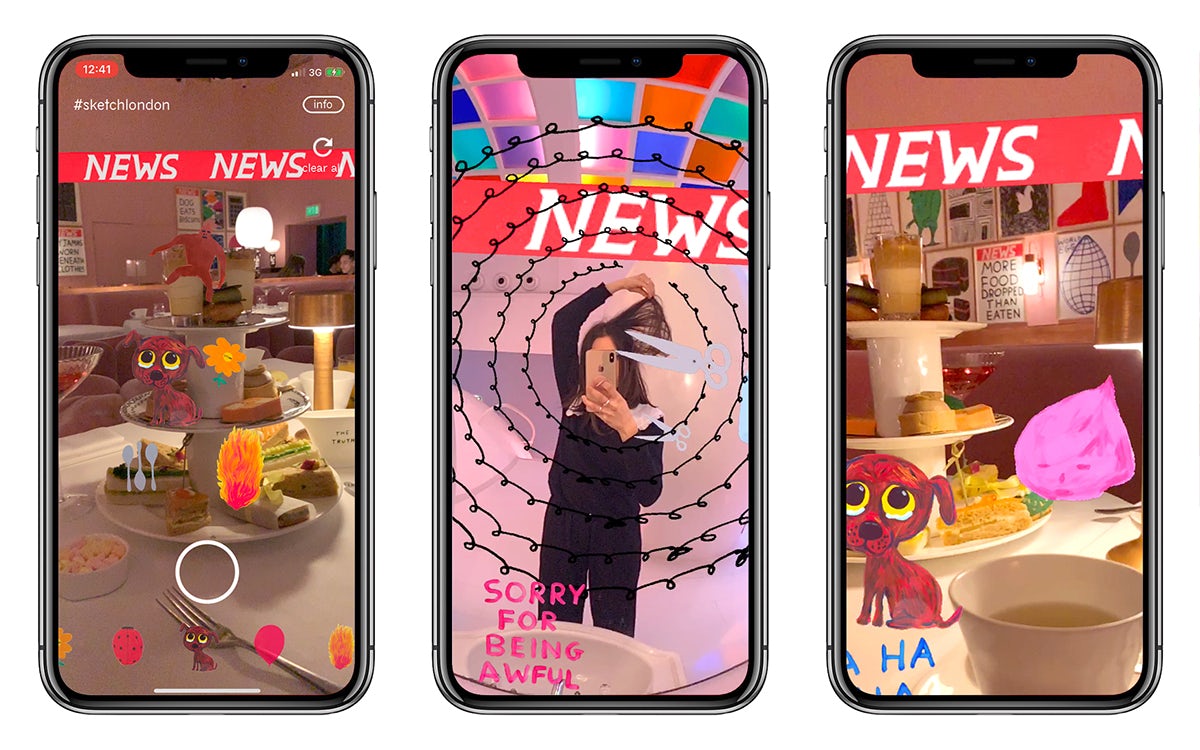