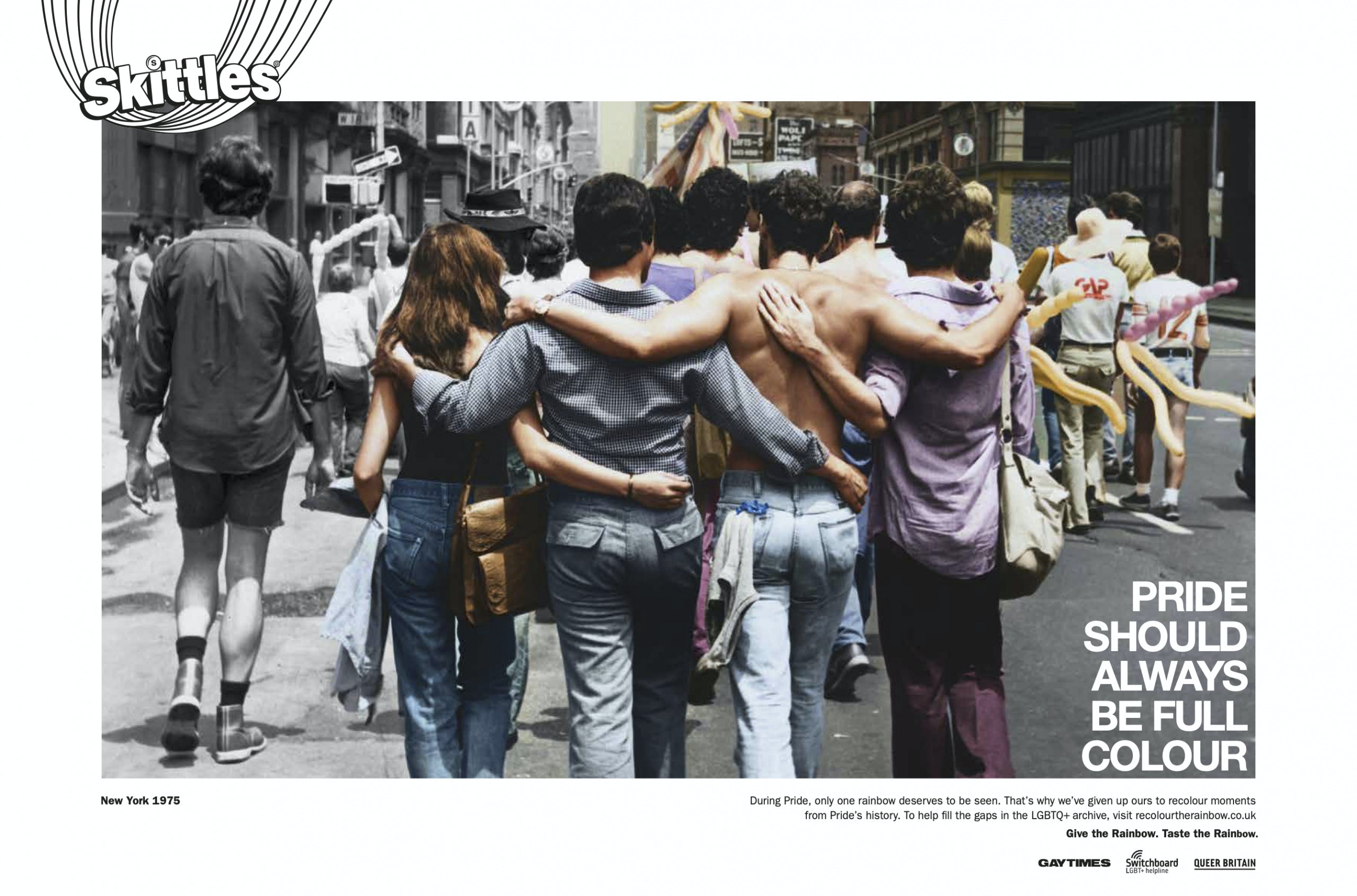 The new campaign from Skittles follows on from its previous Pride campaigns, which have seen the brand ditch its traditional rainbow packaging for a black-and-white look in recognition of the significance of the rainbow symbol to Pride.

For its latest campaign, the brand has collaborated with Gay Times, Switchboard and Queer Britain, as well as renowned colourists Dynamichrome, to restore four LGBTQ+ archive photographs to full colour, with the intention of bringing new life, visibility and celebration to the images. 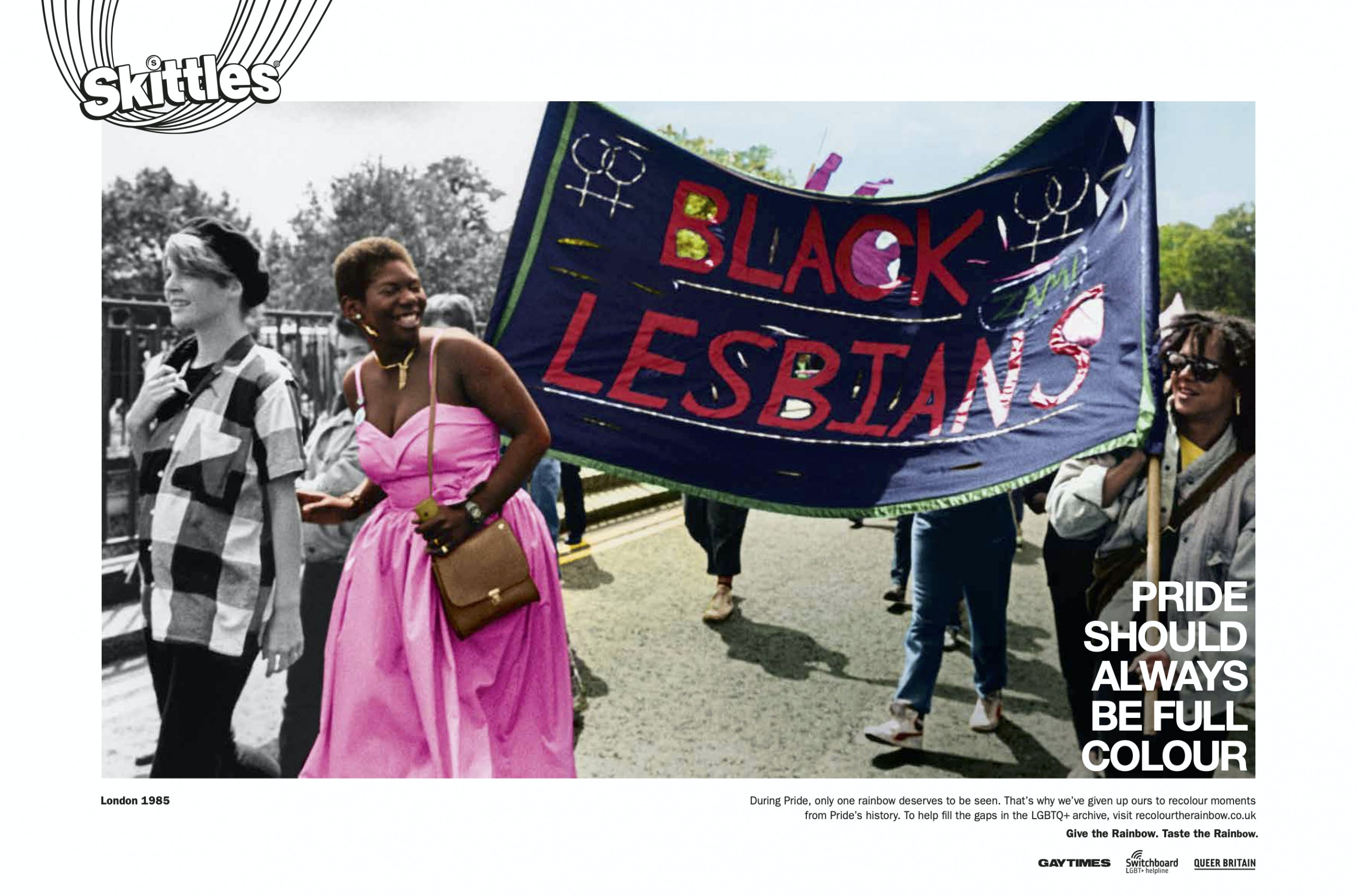 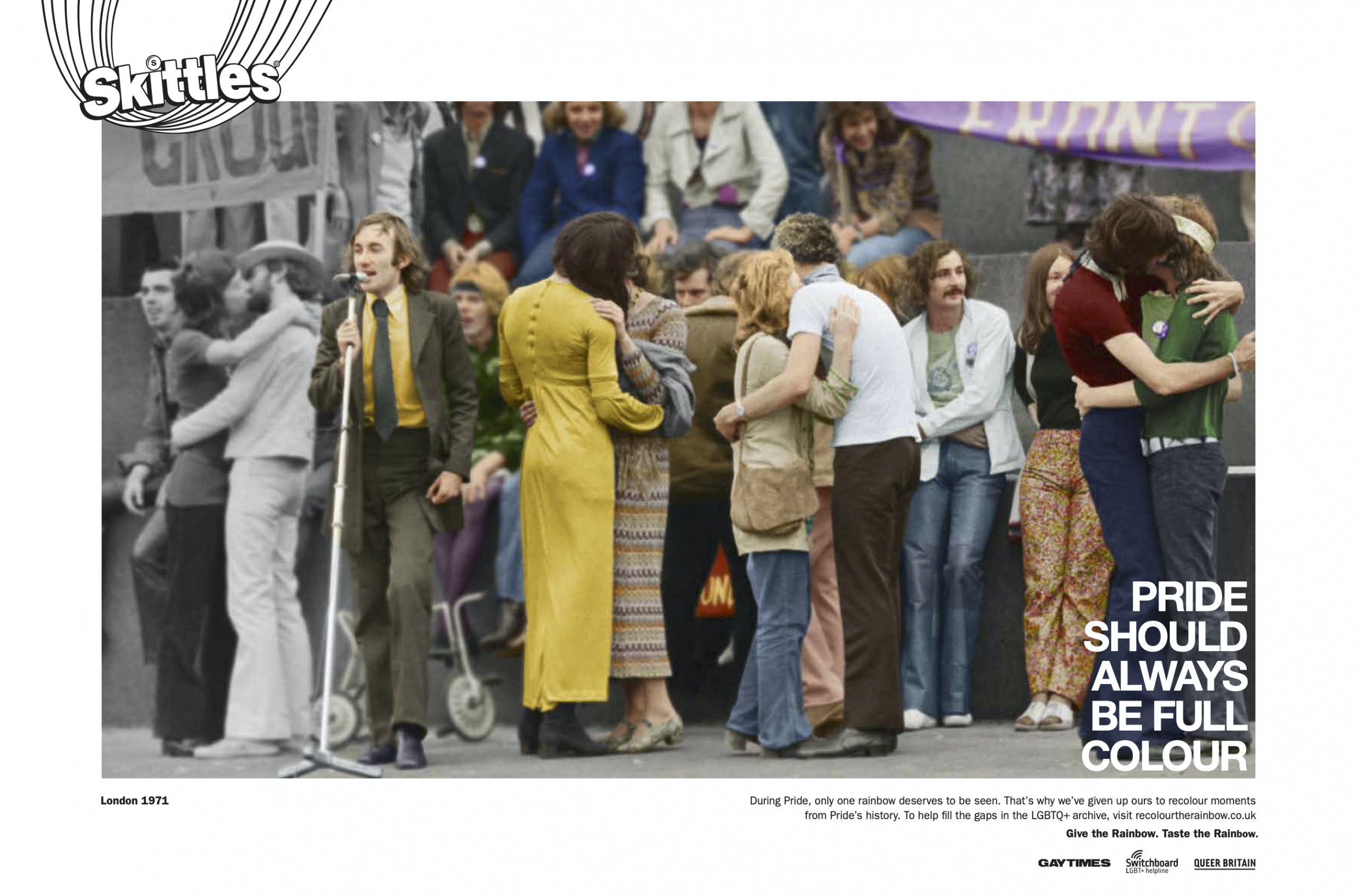 The featured photos are from a 1971 Gay Liberation Front protest in Trafalgar Square; a Lesbian Strength March in 1985, which includes the prominent activist Femi Otitoju; and two Pride events held in New York City in the 1970s. The stories behind the images will be featured on a special hub on the Gay Times website, alongside additional content related to the campaign.

Skittles is also working with Queer Britain to call on the UK’s LGBTQ+ community and allies to submit black and white historical photographs of Pride’s past, with a number of the submissions to be re-coloured and donated to the Queer Britain archive. 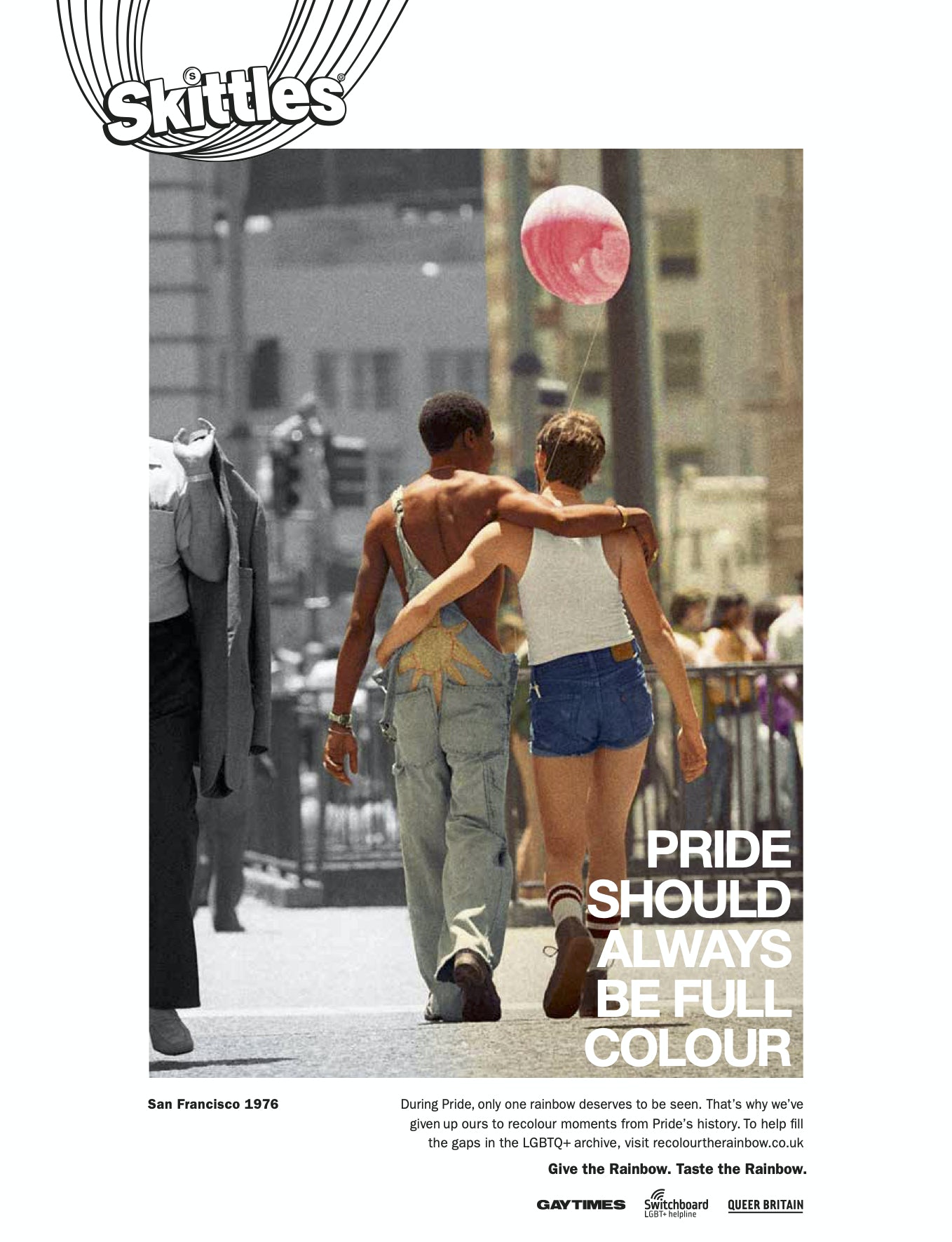 The recolouring of the images follows similar initiatives with historical materials, such as director Peter Jackson’s renowned film They Shall Not Grow Old, which gave colour to black-and-white footage of soldiers in World War 1. The seemingly simple act of adding colour transforms images that can seem frozen in the past and brings them vividly into the present, to be viewed with fresh eyes.