The project is part of a wider campaign to mark Pride 2019. Skittles and London brand agency Straight Forward Design decided to reimagine Skittles’ packaging for the event, and commissioned four creatives to produce artwork that captures what Pride means to them.

“The brief was to build on the success of the previous two years of Skittles’ involvement with Pride, by developing a new limited-edition packaging design,” Mike Foster, Co-founder and Creative Director of Straight Forward Designs, tells Creative Review. “We wanted the new concept to directly involve the LGBTQ+ community.” 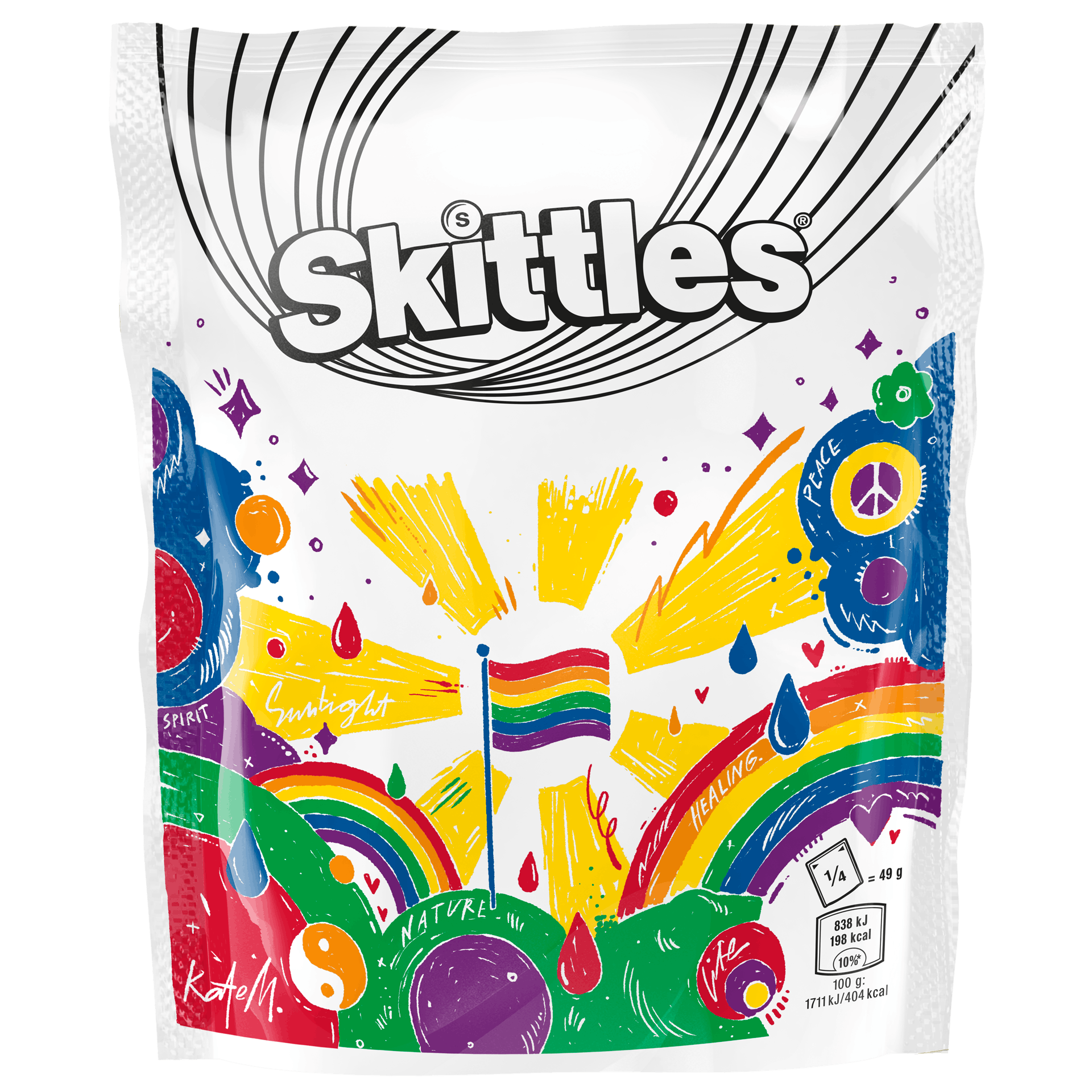 Straight Forward Design reworked the design of Skittles’ packs, creating space for artists to communicate what Pride means to them. “We re-engineered the architecture of the monochrome pack to provide a blank canvas,” says Foster. “We loved the idea that this gave artists complete freedom.”

“The only restriction was to allow the Skittles brand logo to remain clear at the top of the packs and to keep to the six colours of the rainbow plus black. We also had to work around mandatory items such as the GDA icon,” he adds. 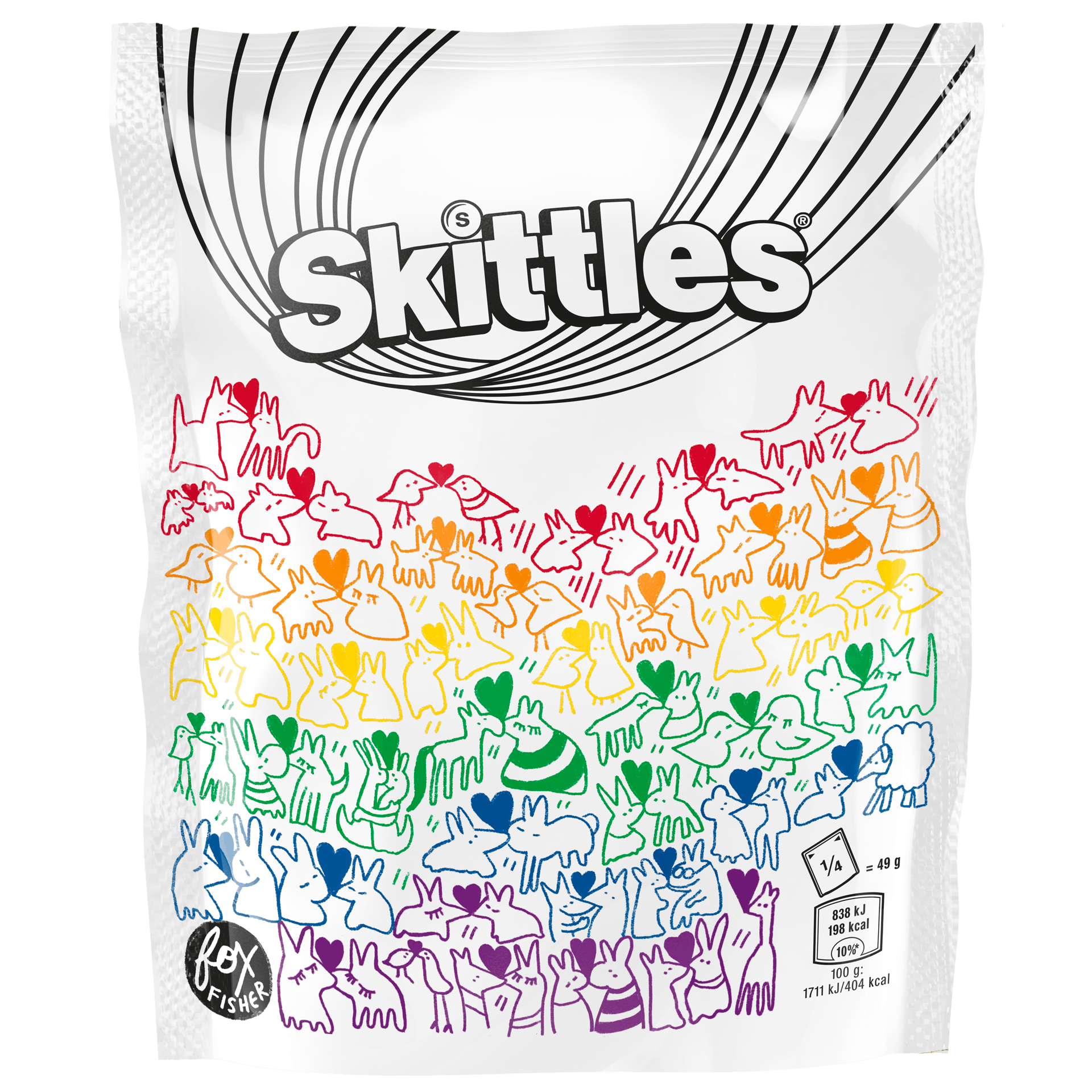 “We wanted to work with a diverse group of artists from across the LGBTQ+ community, who could also bring a variety of styles,” explains Foster. 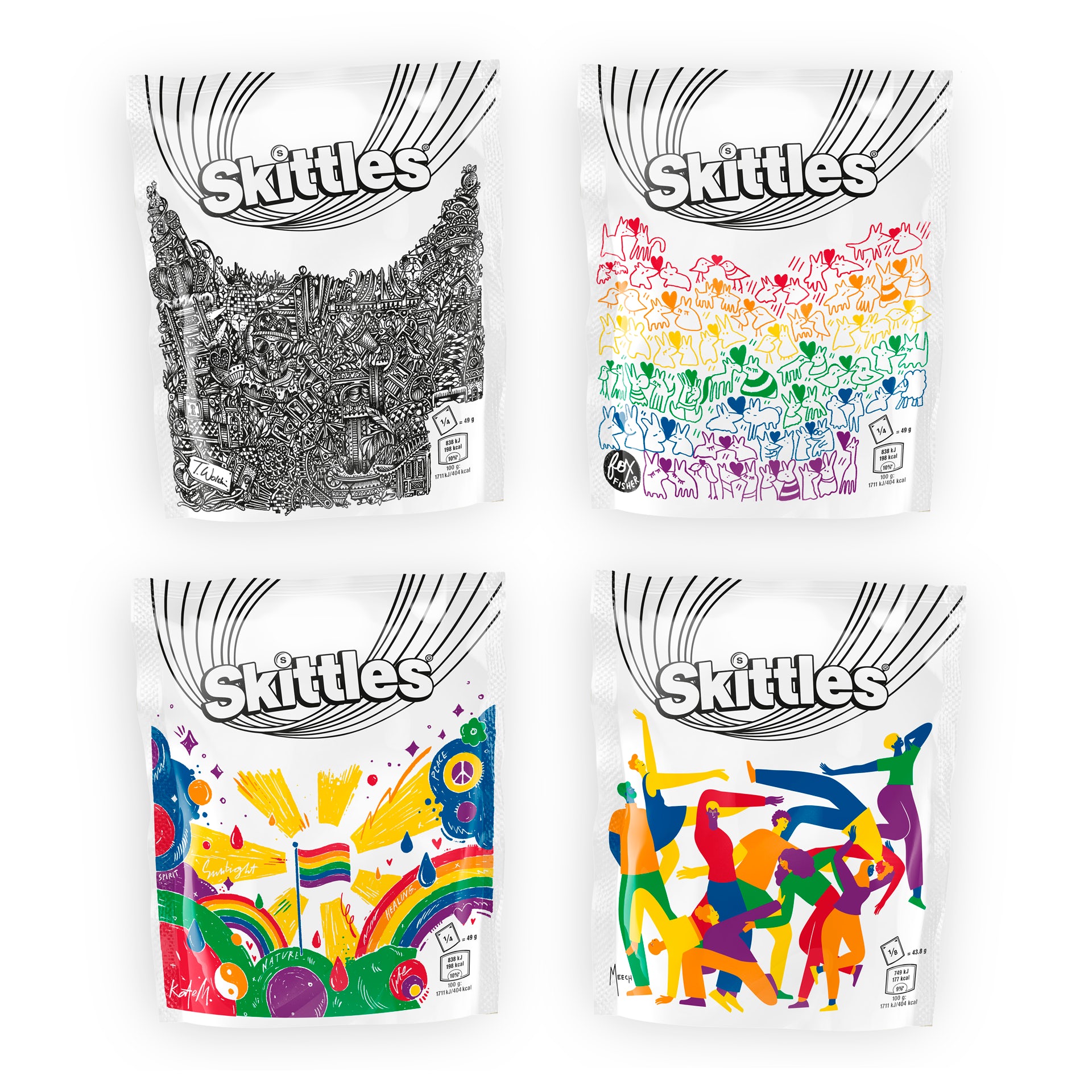 “This was key to create a unique collection of limited-edition pack designs. Beyond that, the artists were left to interpret the brief – ‘What does the Pride flag mean to you?’ – as they wished,” he says.

“The work that the artists subsequently created is exactly what you see on the packs. It was a very simple process without any back and forth and that’s what we wanted. The artwork had to be the artists’ own expression, without any direction or influence from another source.” 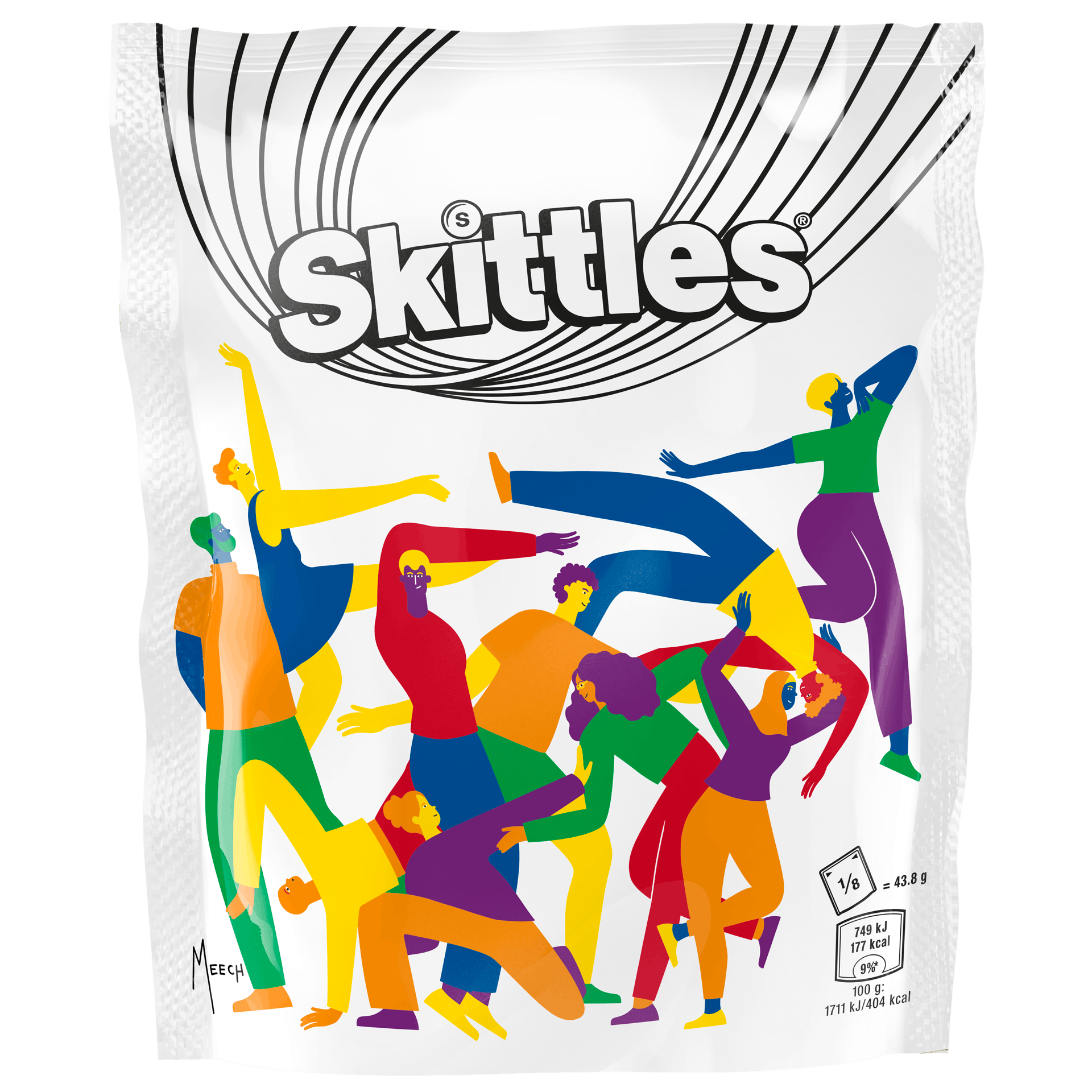 The project builds on the ‘Give the Rainbow’ concept developed by adam&eveDDB, who created the supporting communications that will run across Skittles’ social media and the Pride In London Parade Float this year.

In 2016, Skittles surprised fans with limited edition packs devoid of all colour, and announced it was ‘giving’ its rainbow to Pride in support of the event.