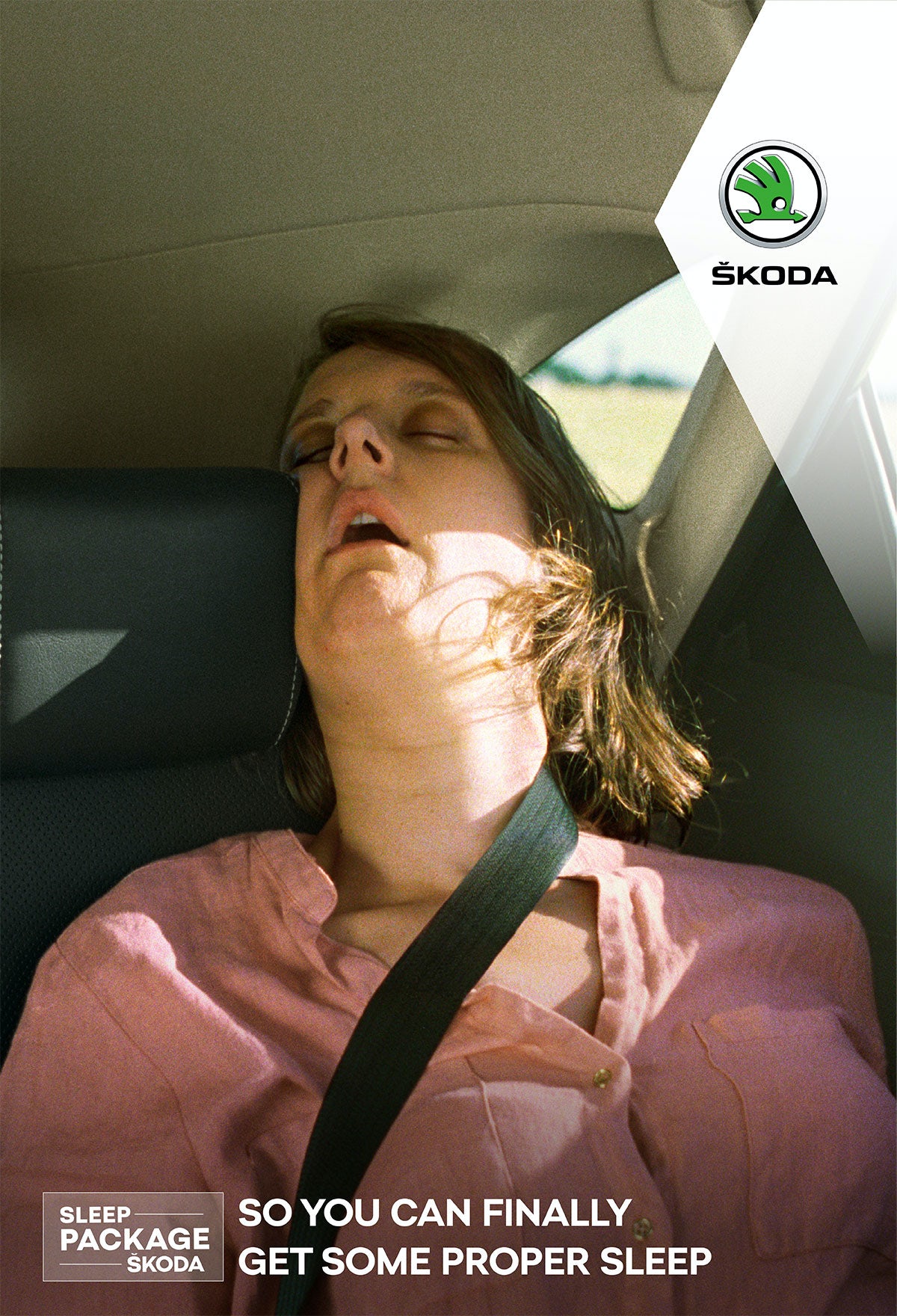 The humble road trip has become a tempting option as we navigate travel in the current climate. With the open road and a bag of snacks, the main task for the passenger is to not fall asleep in order to keep the driver focused and entertained. But sometimes the hum of the engine and the blurring green landscape lulls any good companion into one of the most uncomfortable naps ever had. Tapping into this idea is Škoda France for its latest campaign, which has captured these contorted positions in a series of OOH ads to promote a new package its created.

Working with Paris-based agency Rosapark, the car brand aims to combat this classic car journey trope by introducing its Sleep Package, a unique add-on for its vehicles, which consists of two adjustable headrests so that snoozing passengers can get some comfortable sleep.

The images have been shot by photographer Sophie Ebrard. “The brief was to create a campaign that would be as genuine and real as possible, and to make it funny,” says Ebrard. “The insight of this campaign is so strong, anyone can recognise themselves, or someone they know, I certainly can!” 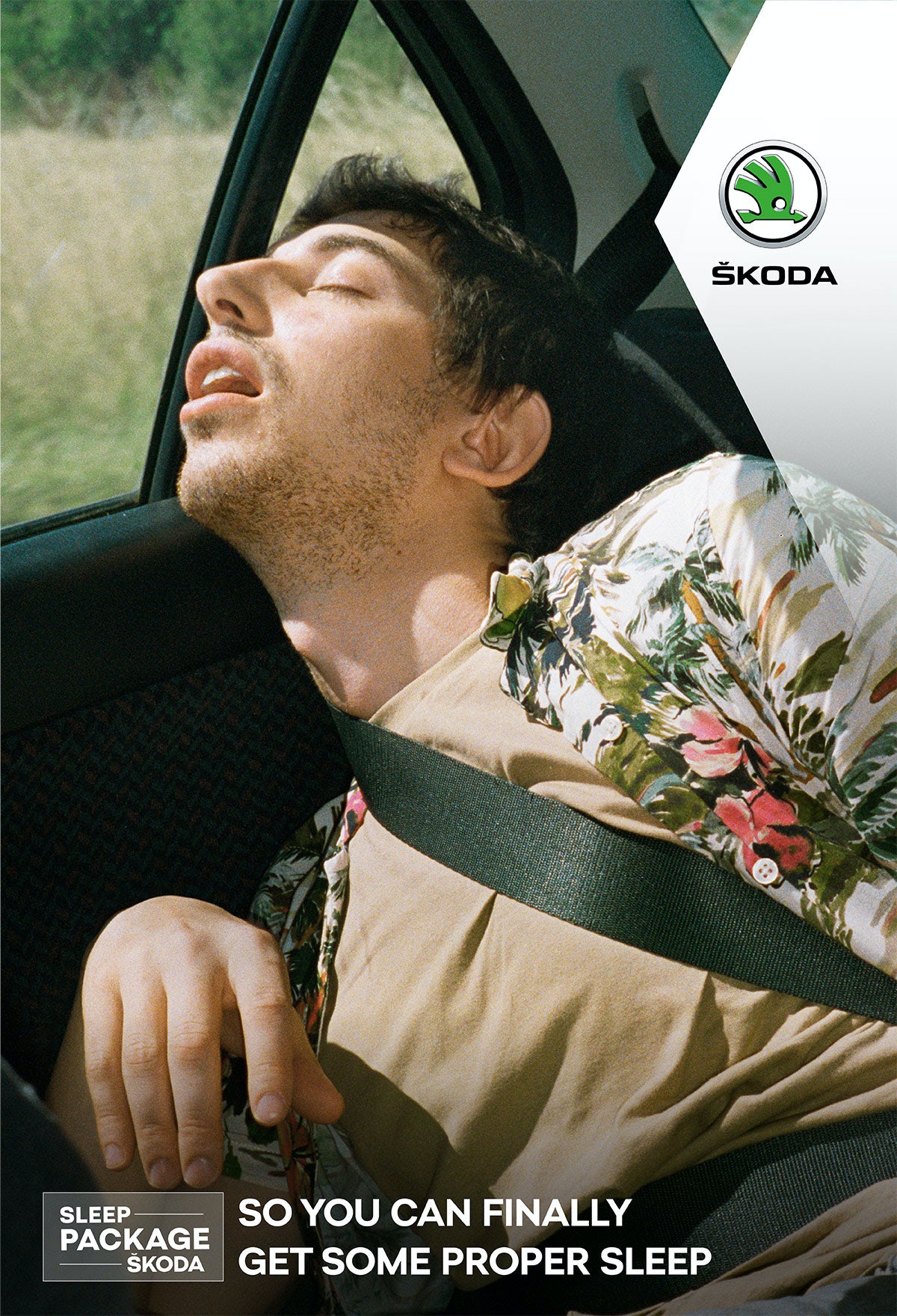 “I think this kind of advertising only works if you really believe that the person is really asleep,” Ebrard continues. “When you can sense that it’s made for advertising, that’s when you lose your audience.” To capture that authenticity, the creative referenced pictures of herself asleep, with her mouth open, that her partner had taken over the years. “I was a very strong candidate for the casting!”

The campaign was shot at the beginning of July when Covid-19 restrictions and regulations lifted enough to allow creative working environments more flexibility. “Of course, we all wore masks and disinfected areas, and our hands multiple times a day,” says the photographer. “And we wanted to create a safe environment for them to feel comfortable and at ease so they could pretend to be asleep.”

“I like to create a fun environment for people,” she adds. “There needs to be a chemistry between the talent and myself when I shoot. Having fun is always the best way.” 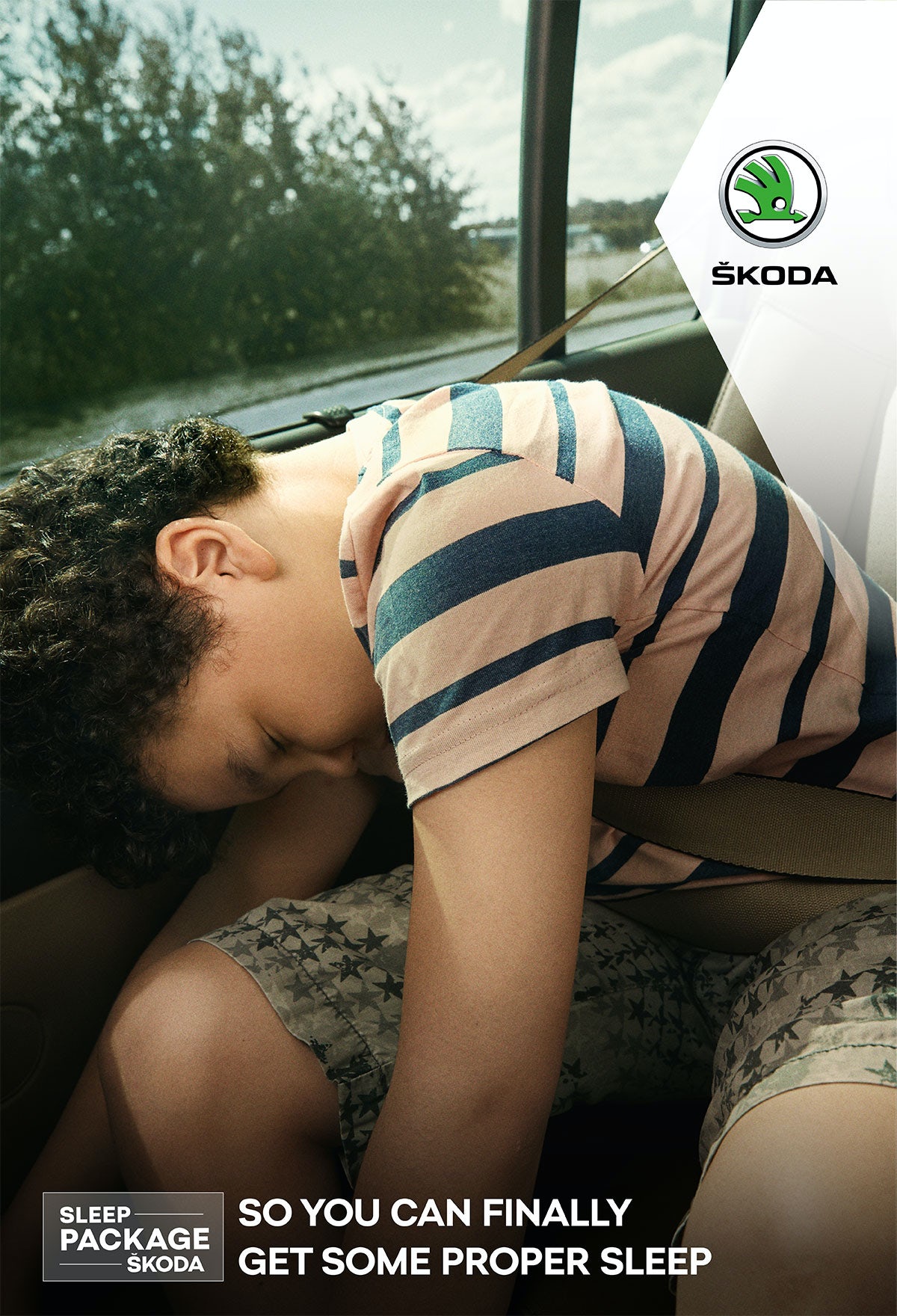 Škoda has become known for creating memorable ad campaigns that feel a little offbeat, with its Cake Car spot by Fallon being the most remembered in the UK. In France, the car brand has worked with the agency Rosapark for the last three years and has created several award-winning and highly praised pieces of work including its Ugly in the 90s campaign, Doug the Dog and more recently Will & Chuck.

Though there’s been some recent controversy about Rosapark’s name (the agency has announced it will be changing it), with Sleep Package, the team have proved once again that images of a flashy car whizzing around don’t always need to be used to advertise a car brand. In fact, Ebrard’s imagery proves that well-crafted photography that taps into our everyday lives can be just as powerful.