Los Angeles-based photographer Skyler Dahan first got involved in the arts through film, which he majored in at Bard College in New York State. Often shooting analogue, Dahan enjoyed the ritual of loading the film, waiting for it to develop and cutting and pasting it together.

“Being able to directly interact with this medium made the process feel truly tangible as an art form,” says Dahan. “As a child of the digital era this whole practice was fascinating to me.”

While studying cinema and film, Dahan then dabbled in black and white film photography after a friend suggested he might enjoy the same creative process. The following year he took a colour photography course and was encouraged to step out of his creative comfort zone.

“I began to take portraits of quirky characters in the Hudson Valley and would spend time at local mini malls observing the bizarre street scenes,” he says. “This ultimately was the inspiration and onset of what would become one of my favourite styles of photography.” 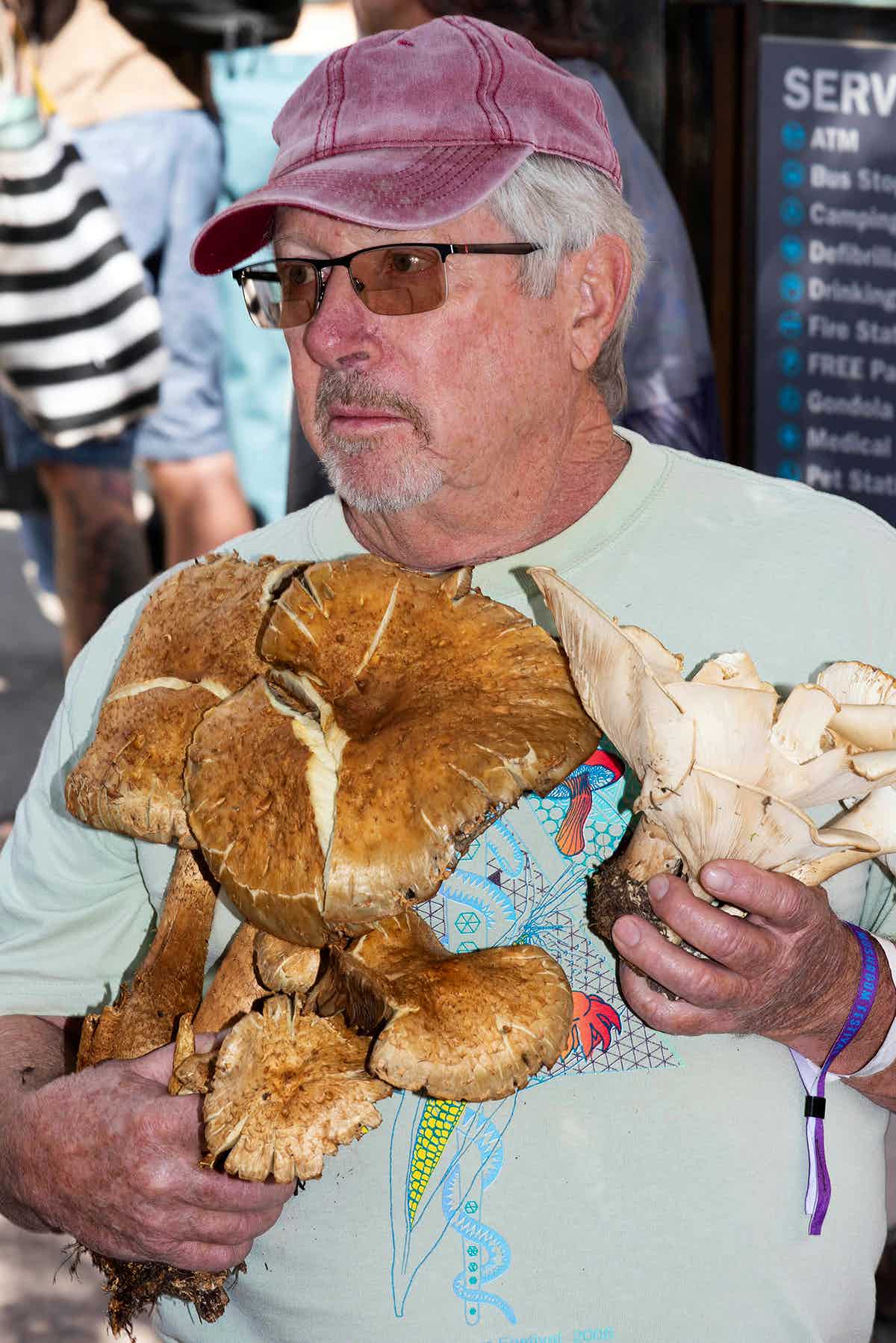 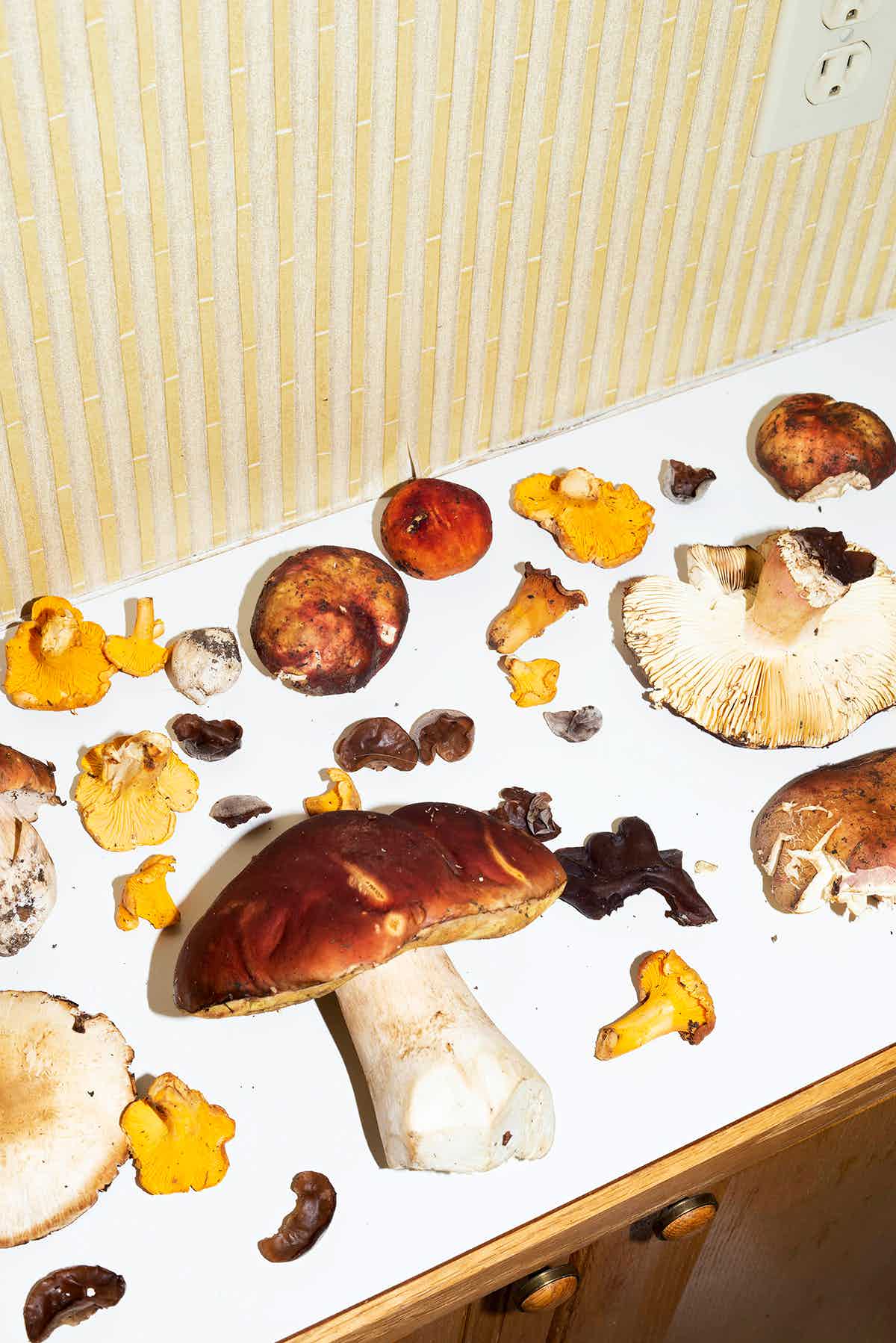 These ideas can be seen clearly in his latest body of work. “Over my time as a photographer I have found enjoyment in a range of projects from fashion to social documentary. Currently, I have been attending strange festivals and conventions in the United States,” he explains.

“This theme actually goes hand in hand with a book I am about to release titled Unconventional, a project spanning from 2016-21 where I would attend various conventions in California dressing like the attendees and taking portraits of myself with them. I also captured the conventions as a spectator. I love the relationship between the subject of the convention and that of the attendee. My entire convention series was shot with a point and shoot 35mm camera.” 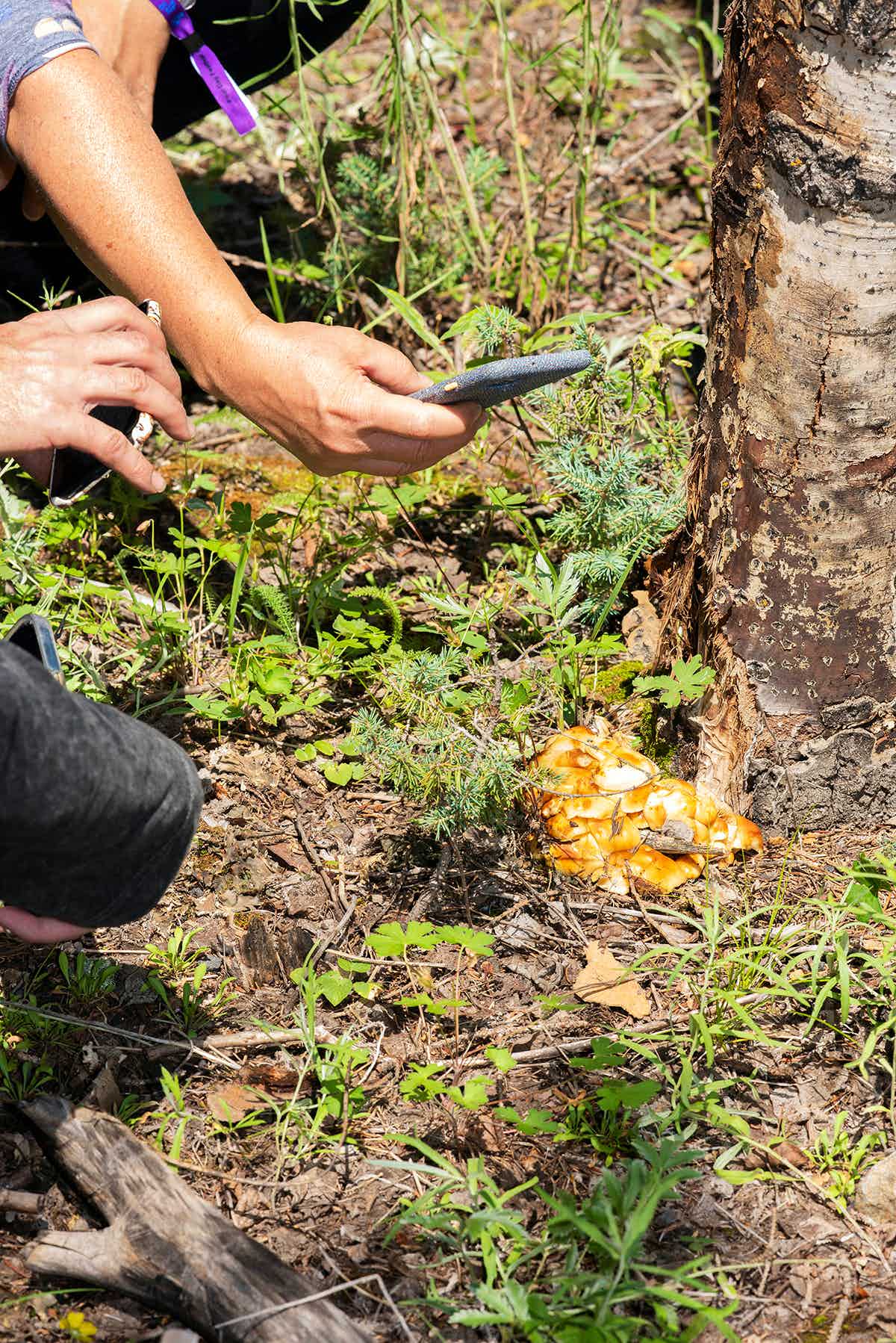 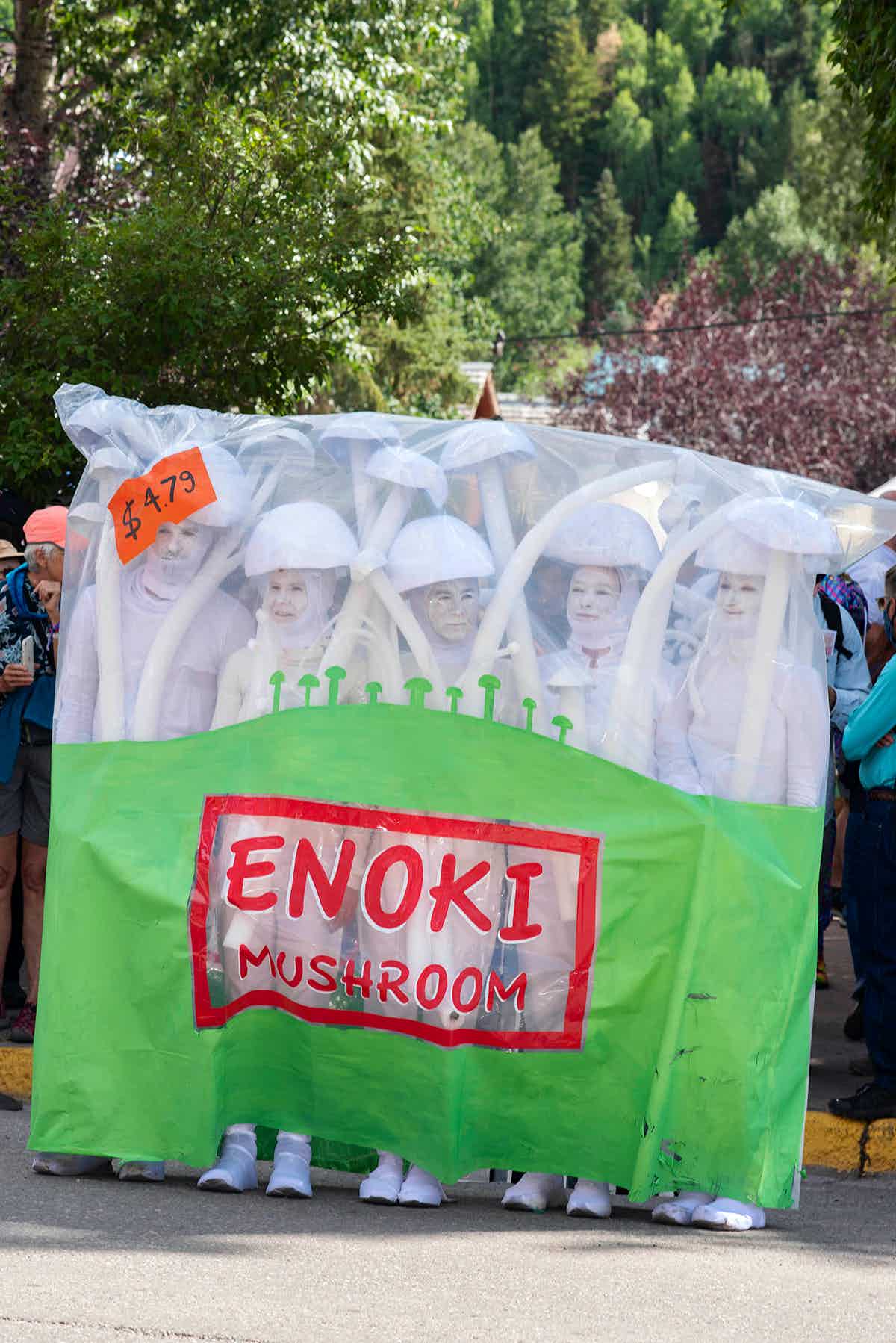 After completing this project in March 2021, Dahen wanted to remove himself from the convention space and explore shooting primarily digitally. He started researching online and attending events like dog grooming expos, reptile shows, and most recently, the Telluride Mushroom Festival in Colorado, with the series first published in Paper Journal.

“Capturing raw emotion for an event like the Mushroom Festival is something that we don’t encounter everyday. This festival was an ideal subject for me because the enthusiasts have waited all year to gather and share their thirst of knowledge and passion for the world of mycelium,” explains Dahan. “Documenting this raw emotion is what I enjoy the most because there is no filter. The attendees are themselves and have nothing to hide, they don’t care what you think of them, and as a photographer I feed off of that.” 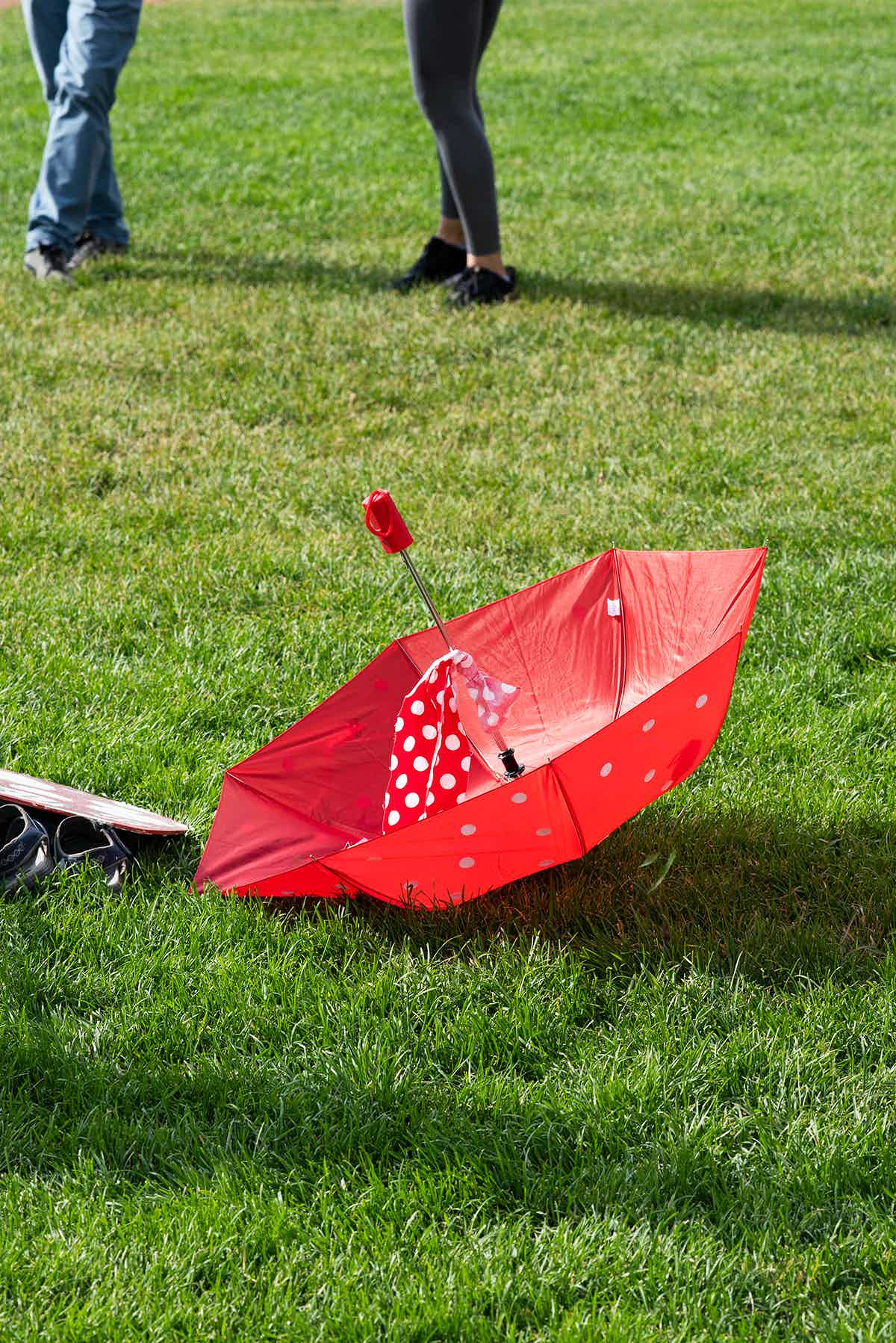 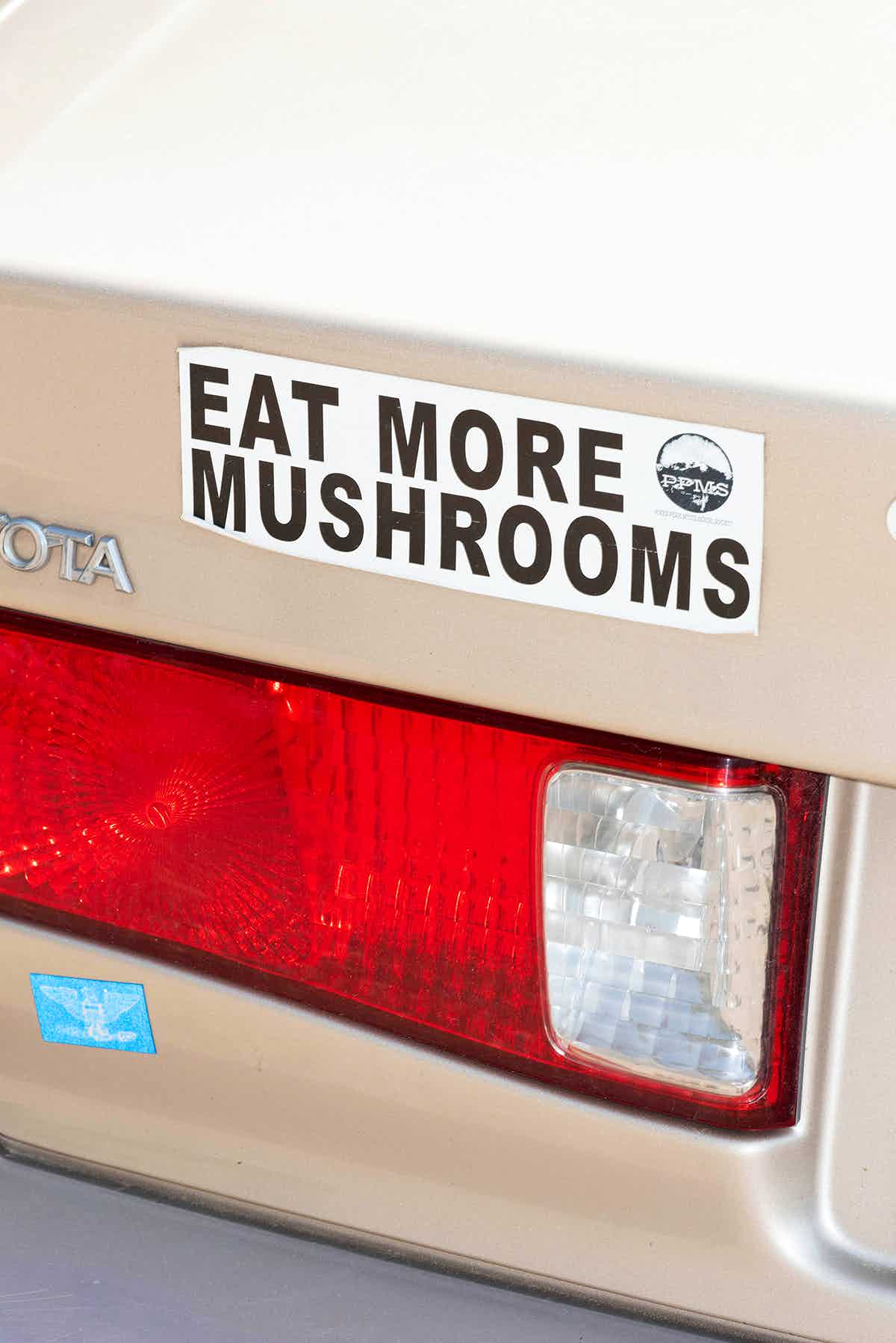 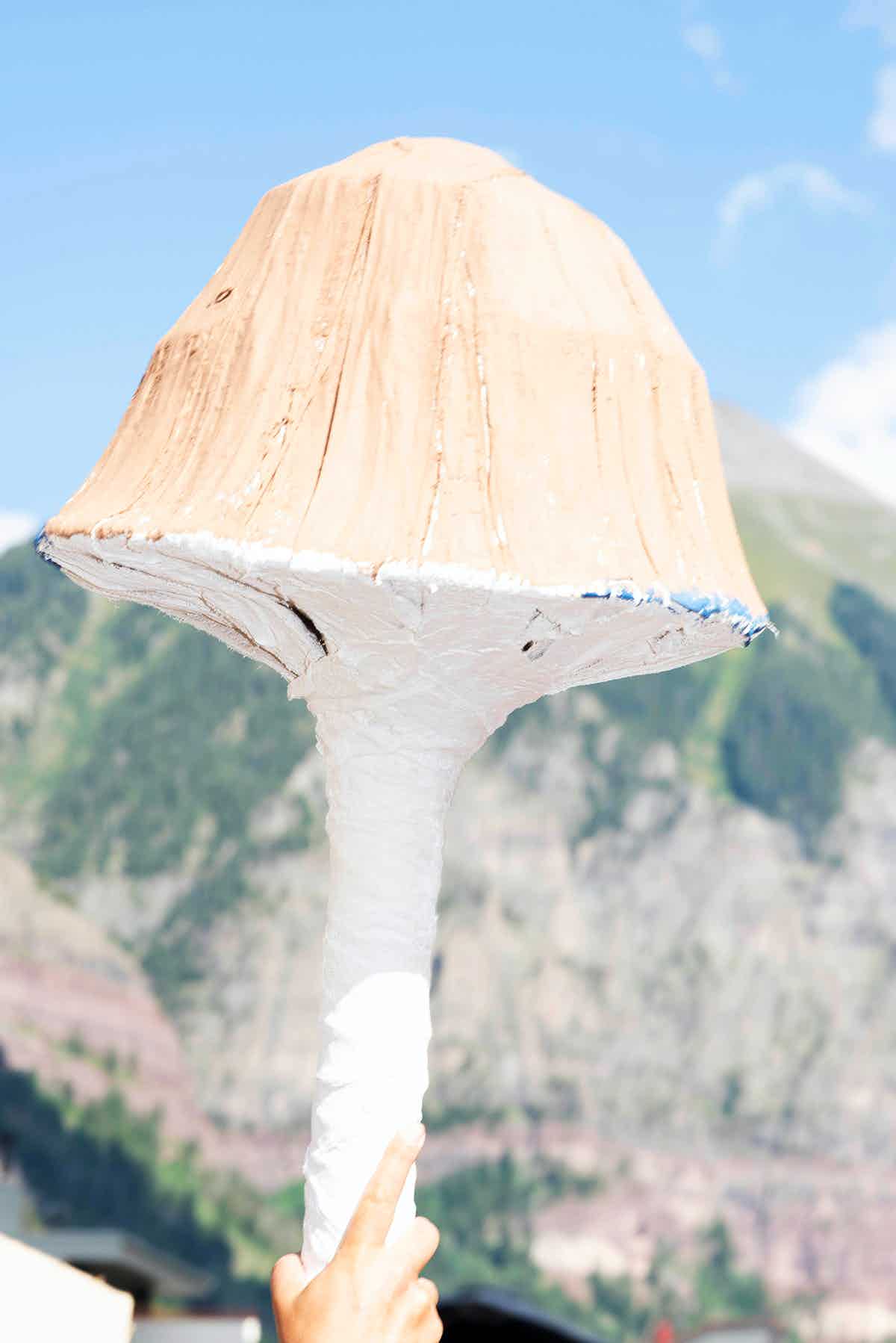 The photographs capture Dahan’s knack for finding the unusual in the everyday, and his goal with the series was to capture the spirit of the festival, going beyond simply pictures of mushrooms and landscapes. “This series is meant to feel more like a playlist instead of an album, because sometimes an album can feel definitive, whereas a playlist takes a bit of everything in order to construct a mood,” he says.

“My goal was to make the viewers want to go and experience the event themselves, and if they couldn’t, my photos would give the feeling of being among the action, walking in the parade right beside me.”

After nearly two years of being a photographer during the pandemic, Dahen has revelled in meeting new people and discovering new places during this block of projects. “This feeling of inspiration from travel and friendship felt even more amplified because this joy and excitement to connect had been bottled up,” he reflects. 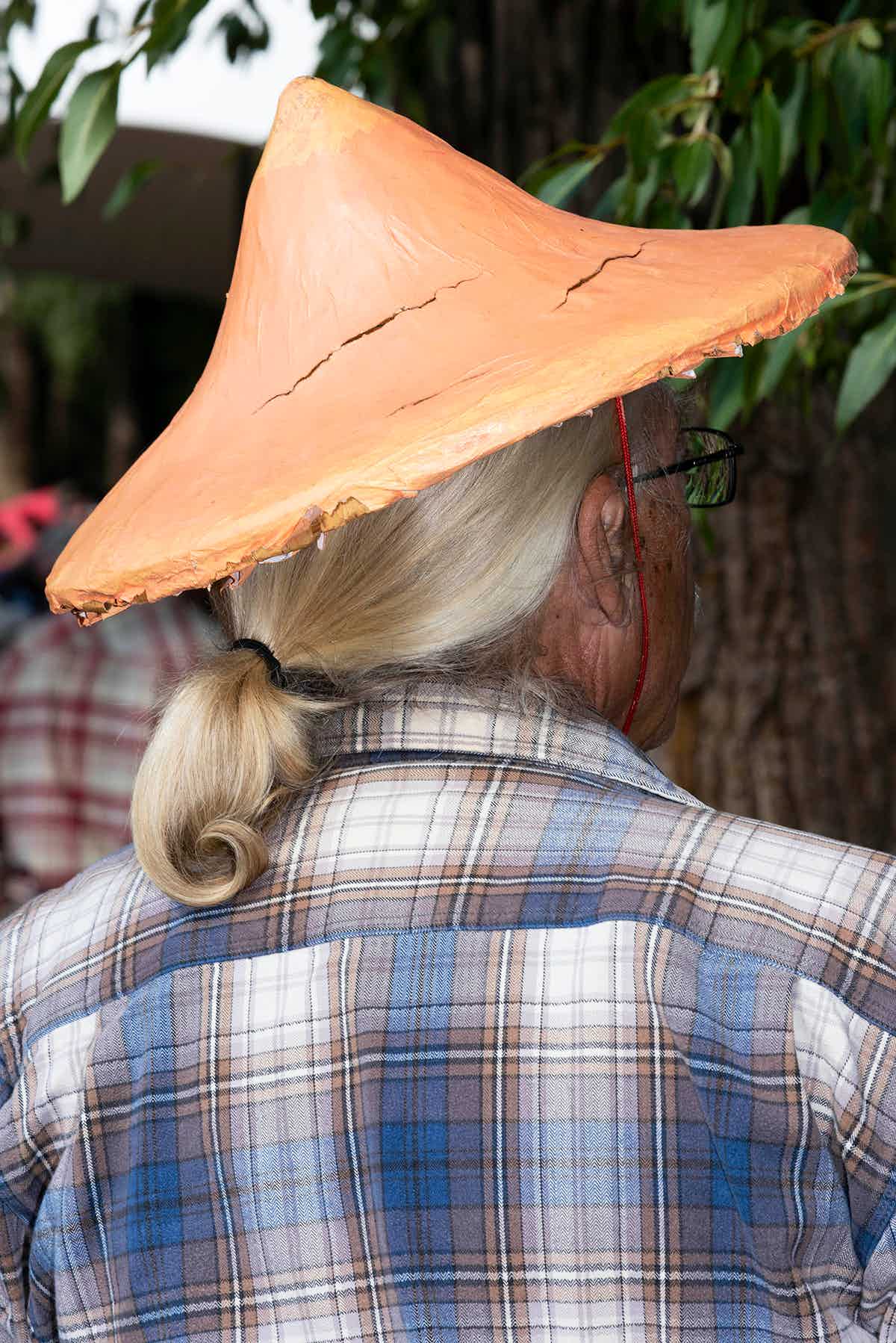 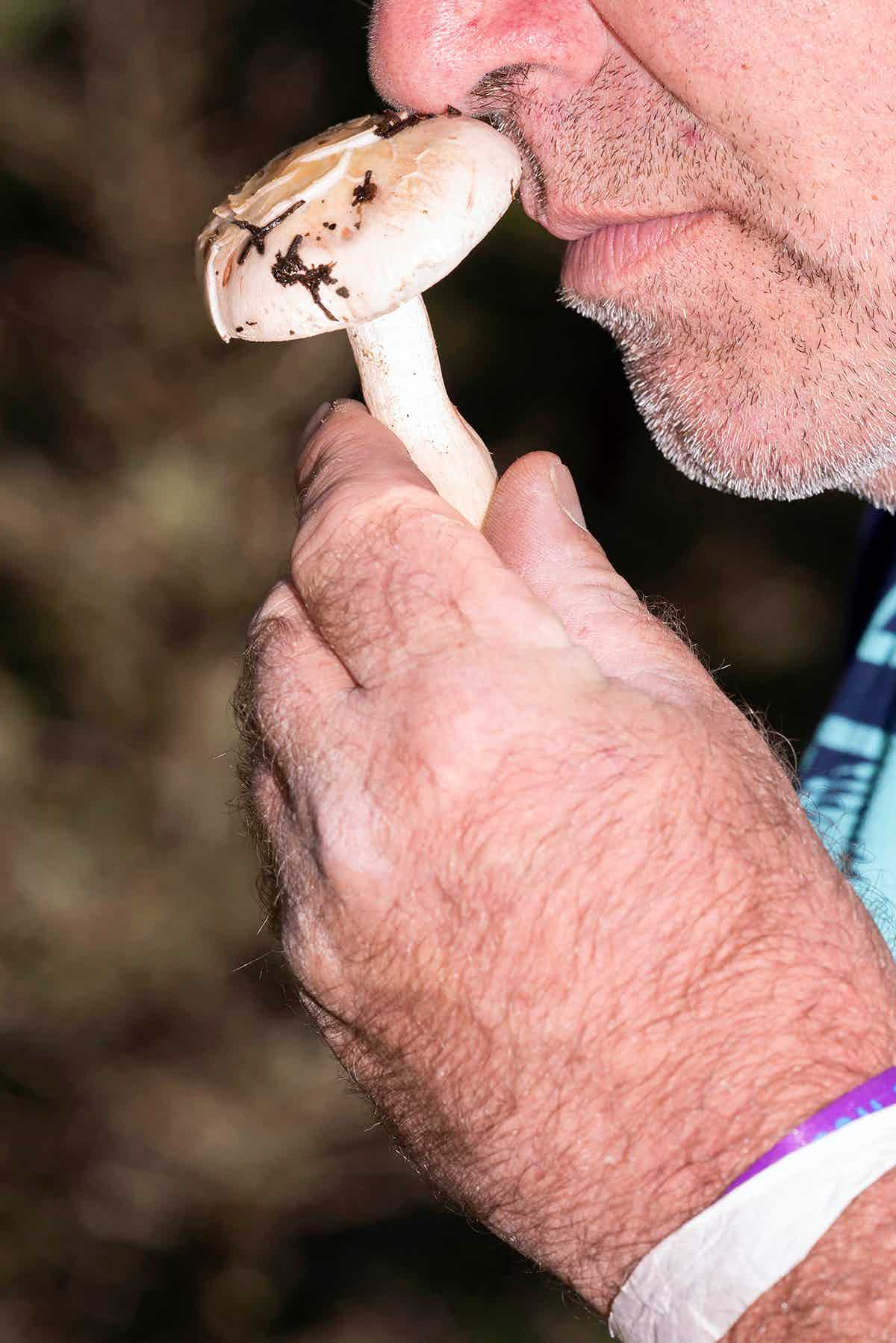 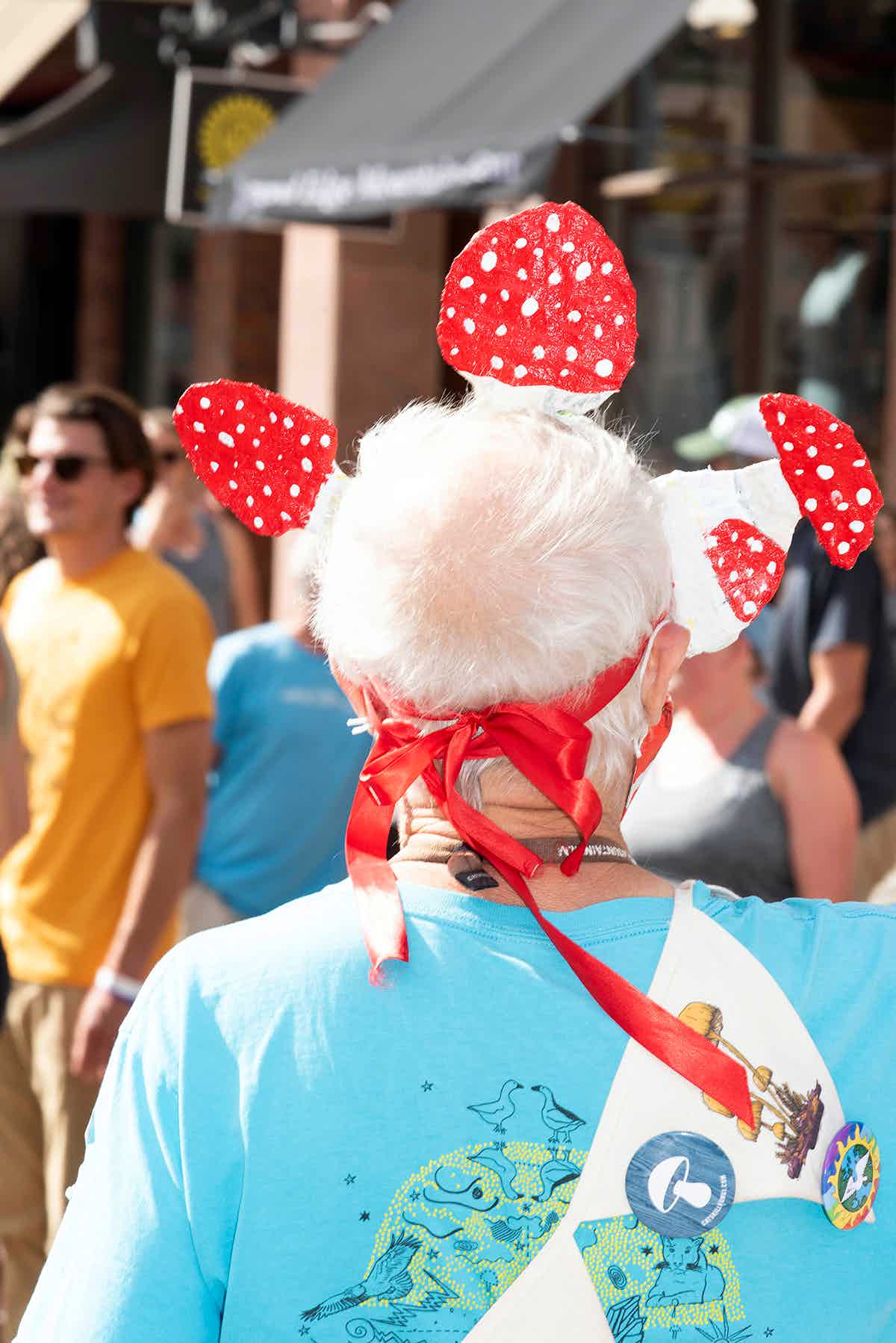 “Telluride in particular was an amazing journey because I gained knowledge, experience, and friendships that I will carry into my everyday. I felt so welcomed into a community that I would’ve never experienced if it had not been for a project like this.”

The experience reminded Dahen of the importance of travel in his photography and the possibilities that opens. “It’s invigorating to create connections with people that you never thought you would, because it opens your world and horizons,” the photographer says.