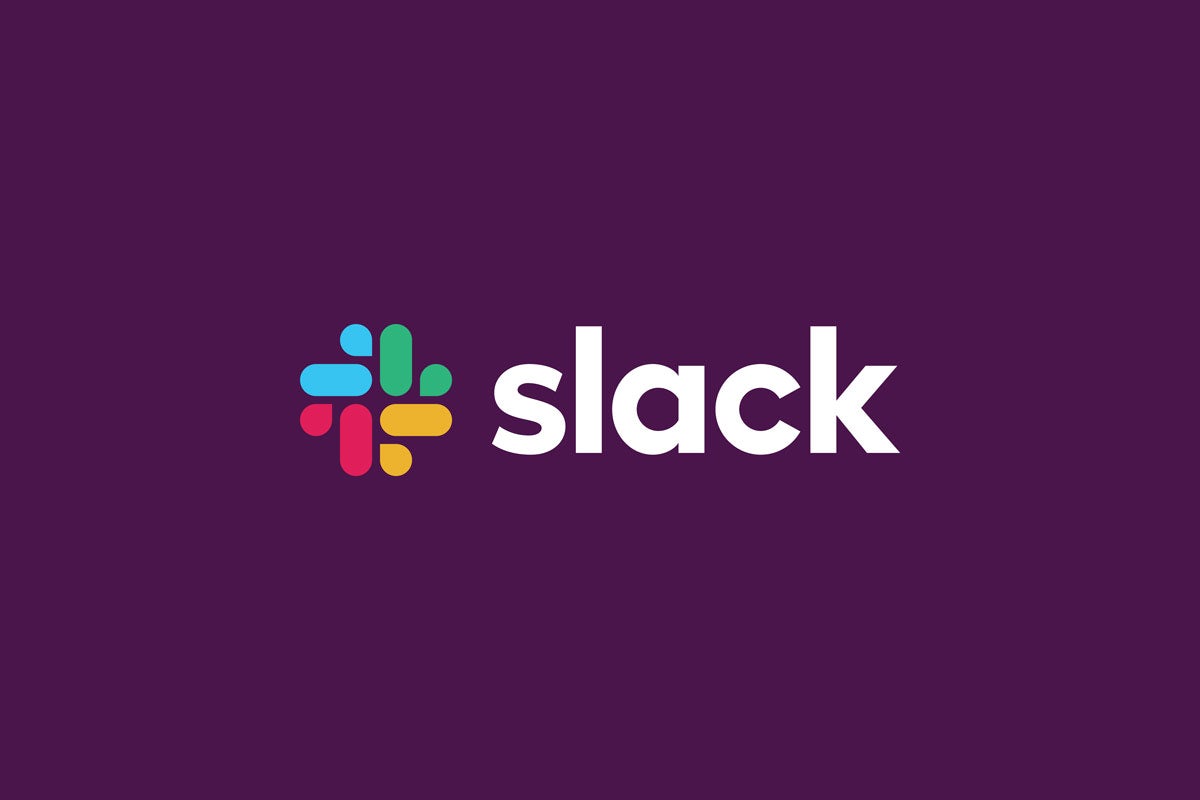 When Slack – an acronym for Searchable Log of All Conversation and Knowledge – first launched in 2013, it was lauded by many as the thing that would finally kill off email. The working tool was originally thought up by Stewart Butterfield (also co-founder of image library Flickr) while at his previous company Tiny Speck, and was used as an internal system for his team to message each other while they were developing a now defunct online game called Glitch.

Just over five years later, Slack has eight million daily users across the globe and is used by over 500,000 organisations ranging from American Express to the BBC. As well as allowing colleagues to communicate with each other beyond the constraints of email, it can also be used for audio or video calls, and for sharing videos, images, PDFs and other files. 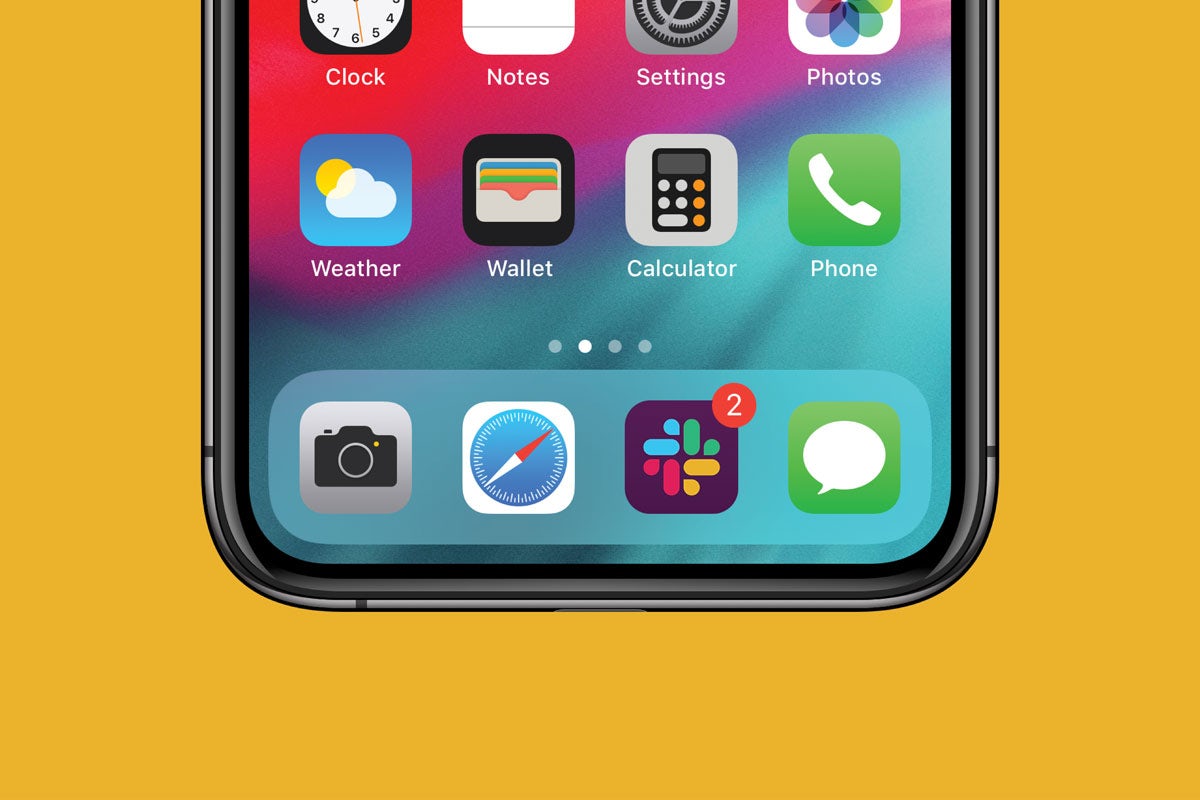 The company’s colourful hashtag logo has become an instantly recognisable symbol on people’s screens, but over the past five years had actually become more of a hindrance than a help design-wise, as the company explains in a recent blog post.

“Our first logo was created before the company launched. It was distinctive, and playful … it was also extremely easy to get wrong. It was 11 different colours—and if placed on any colour other than white, or at the wrong angle (instead of the precisely prescribed 18º rotation), or with the colours tweaked wrong, it looked terrible. We developed different versions of the logo to compensate, which worked well for different purposes. But that meant that every app button looked different, and each one in turn was different from the logo.”

In what is the first major overhaul of Slack’s branding since its launch, Pentagram Partner Michael Bierut has refreshed the identity with a new logo that pays tribute to its original hashtag symbol, along with a more refined colour palette.

Pentagram worked alongside Butterfield and Slack’s in-house design and brand team on the refresh, and looked at a range of designs including connect-the-dots, complex knots and emoji symbols. In the end, however, the design team decided to reimagine its existing hashtag mark using two geometric shapes: a speech bubble and a lozenge. 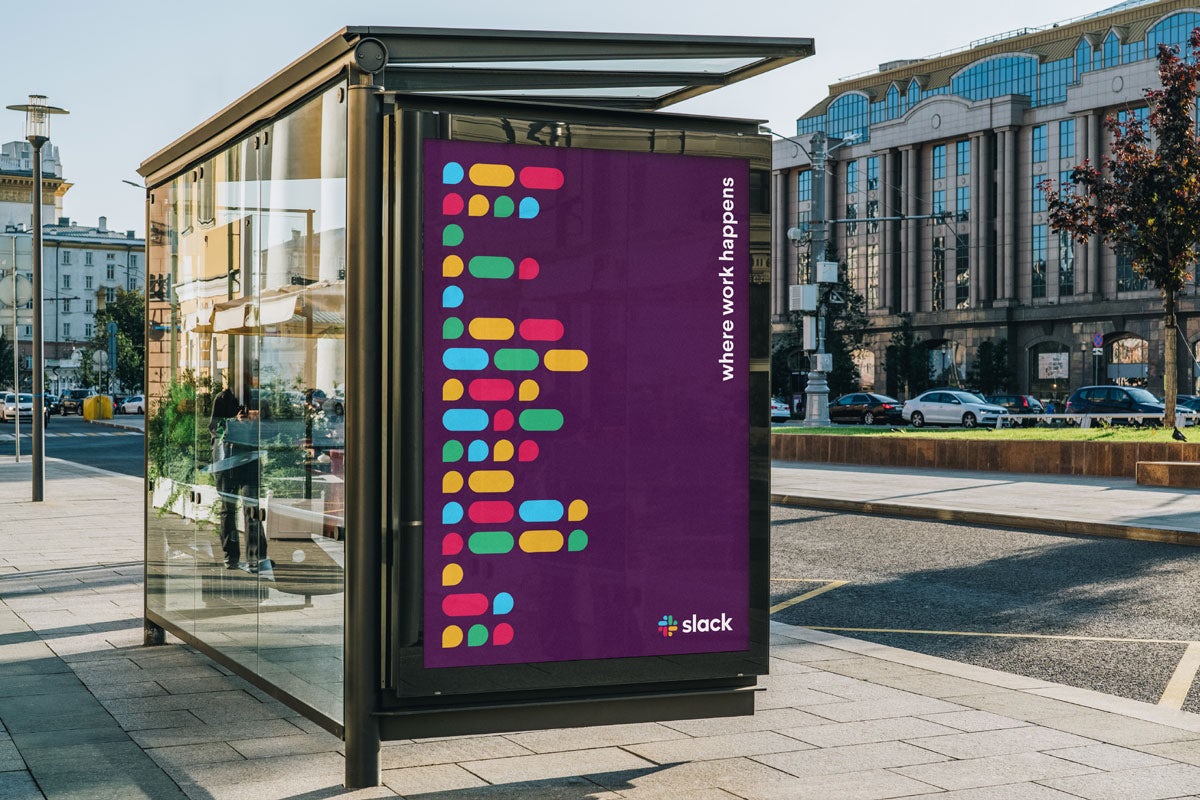 The new identity is intended to be easier to scale both up and down, while the speech bubble symbol will also form the basis of a series of other customised icons and illustrations used across Slack’s website and advertising.

Bierut has also stripped back Slack’s existing colour palette from 11 colours down to a more manageable four primary colours, with aubergine as the main accent colour to help it stand out from other tech brands. 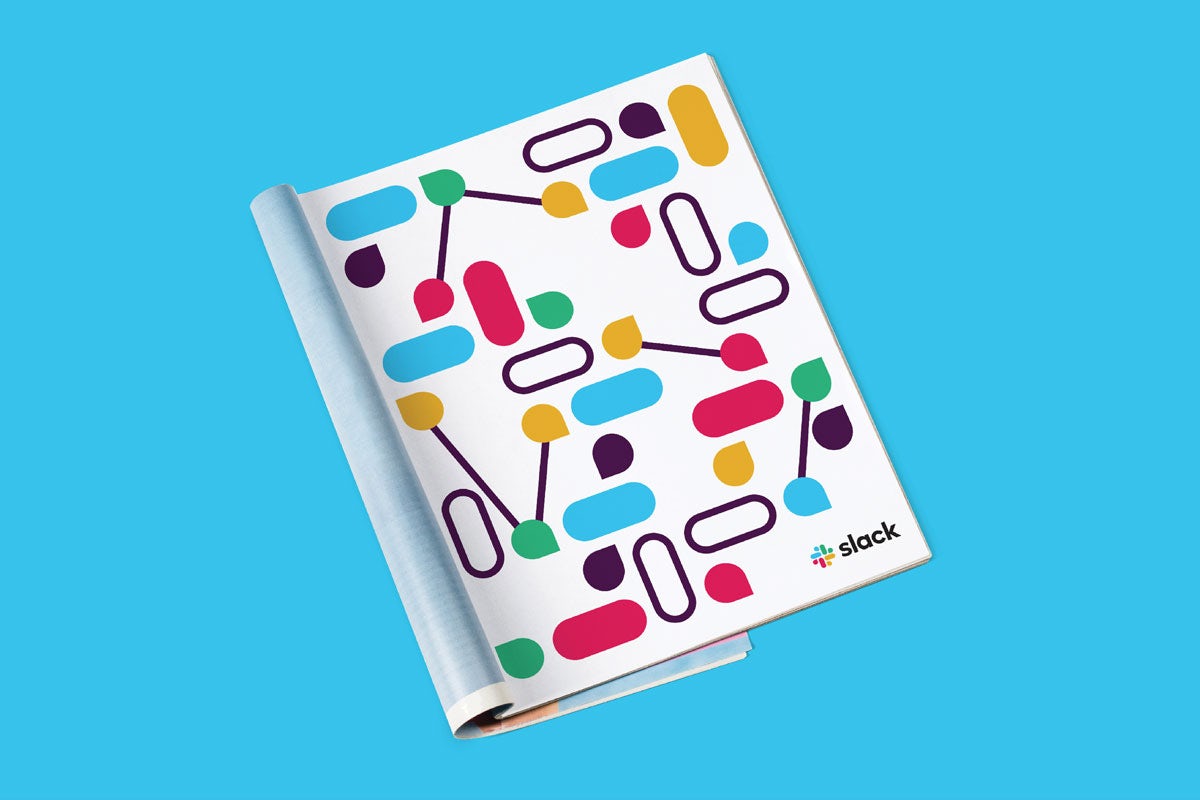