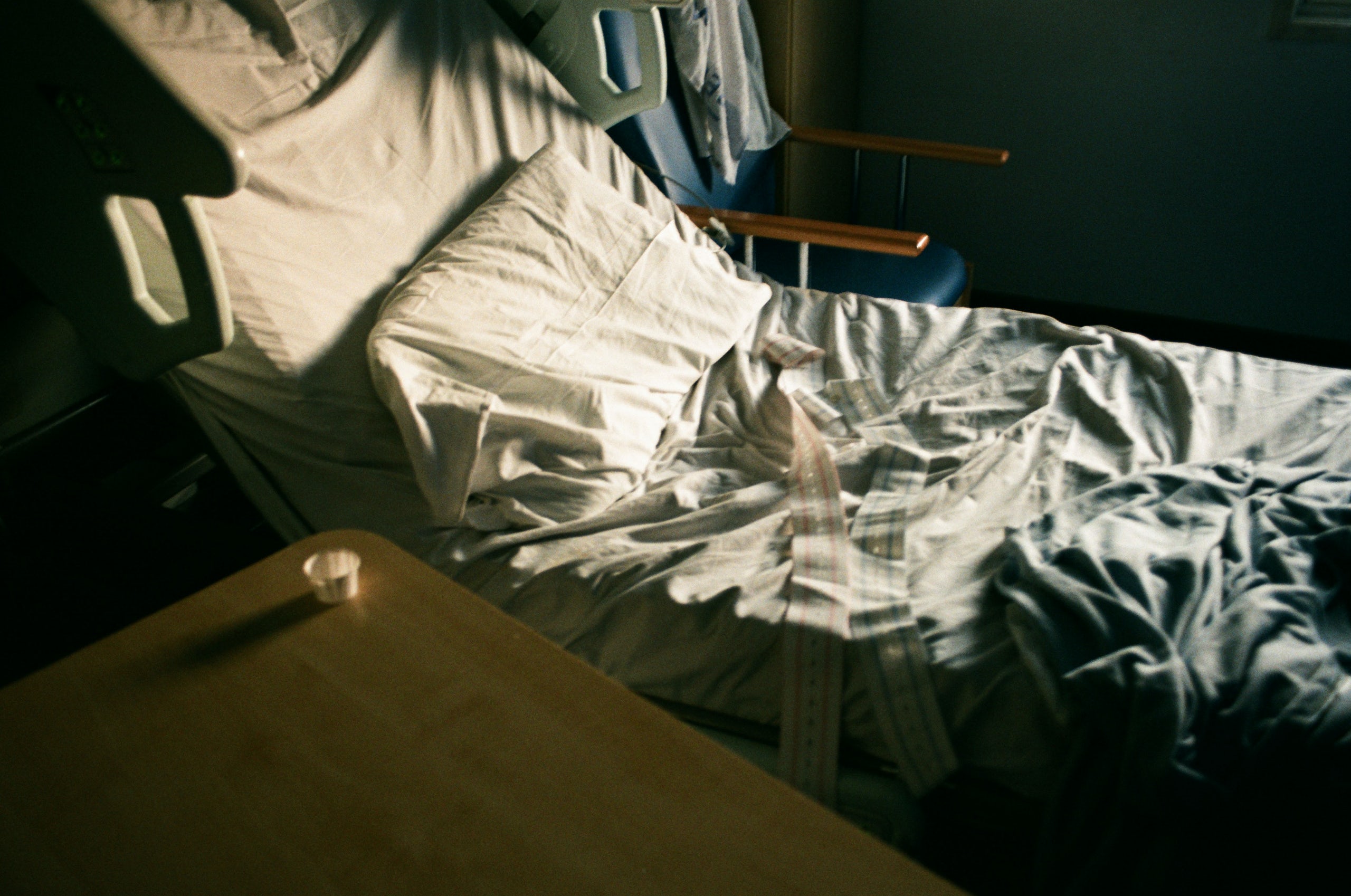 Sophie Harris-Taylor has become known for her tender images that play with natural light and capture her subjects often at their most raw. Typically inspired by personal experience, past projects include Milk, depicting mothers breastfeeding their children, Epidermis, which features images of ­women with common skin conditions including acne and hyperpigmentation, and Sisters, the culmination of two years photographing and interviewing more than 100 sisters in an effort to better understand this most intimate of bonds.

Capturing the same sense of candour and fragility is Harris-Taylor’s image, Being Induced, above, which has just been awarded first place in the Equal Lens photography competition, titled Two Metres of Separation. Equal Lens aims to address the imbalance in commercial photography and champion the work of women and non-binary photographers. It actively calls for agencies to pledge to include women in every pitch list, while also encouraging clients to request and produce inclusive lists.

Equal Lens’s lockdown-­inspired competition asked photographers to enter an image that answered the open brief of ‘two metres of separation’. Entries could be an image taken during isolation or an archive image that reflects the theme, and were judged by seven industry professionals.

I decided to go back through my archives and see if anything jumped out. When I saw this image, it immediately seemed to make sense

“I was keen to think about the brief not in the literal sense and current circumstances, so I decided to go back through my archives and see if anything jumped out,” says Harris-Taylor. “When I saw this image, it immediately seemed to make sense. It showed about two ­metres of separation, but more importantly, that moment seemed to be pretty analogous for what’s happening now, the way in which as a society we’re isolated yet also very unified.”

Being Induced depicts the bed in which the photographer’s labour was induced nearly two years ago. As one of countless women to have laid there before and since, Harris-Taylor remembers the sense of unity from being surrounded by the other people going through the same experience, all just a couple of metres apart. The image is incredibly emotive, and captures a sense of stillness before birth. “It feels like a lifetime ago,” reflects Harris-Taylor. “It wasn’t a particularly pleasant experience, and there was a lot of pain, but I don’t really remember that for some reason. It now just feels like the quiet before the storm.”

The scarcity of BAME crew and ­producers I’ve worked with is quite shocking. I’d like to hope that with the events of the past couple of months, things might change

The intention behind Equal Lens is to level the playing field. So, does the photographer see the industry becoming more balanced? “I think the statistics are clear that male photographers are getting more representation and work. However, with social media and proactive platforms such as Equal Lens, there seems to be an increased awareness and recognition of the work of ­female and non-binary photographers, which I hope will lead to a rebalancing.”

For Harris-Taylor, gender is just one area where there seems to be a lack of representation in the industry. “The biggest issue is around race,” she says. “The scarcity of BAME crew and ­producers I’ve worked with is quite shocking. I’d like to hope that with the events of the past couple of months, things might change, but it’s something that actually we don’t hear nearly enough discussion of, even in comparison to gender.”

In terms of artists, the majority of the work I see that excites me now seems to be by female and non-binary photographers

Change is happening slowly, though, and Harris-Taylor remains optimistic for further progress. “I’m more aware of women working in [what are considered] typically male roles on set, which is a positive start, and with more role models you’d like to think this will continue to improve,” she says.

“In terms of artists, the majority of the work I see that excites me now seems to be by female and non-binary photographers – but maybe I’m just biased in what I look out for! There definitely seems to be some momentum growing.”