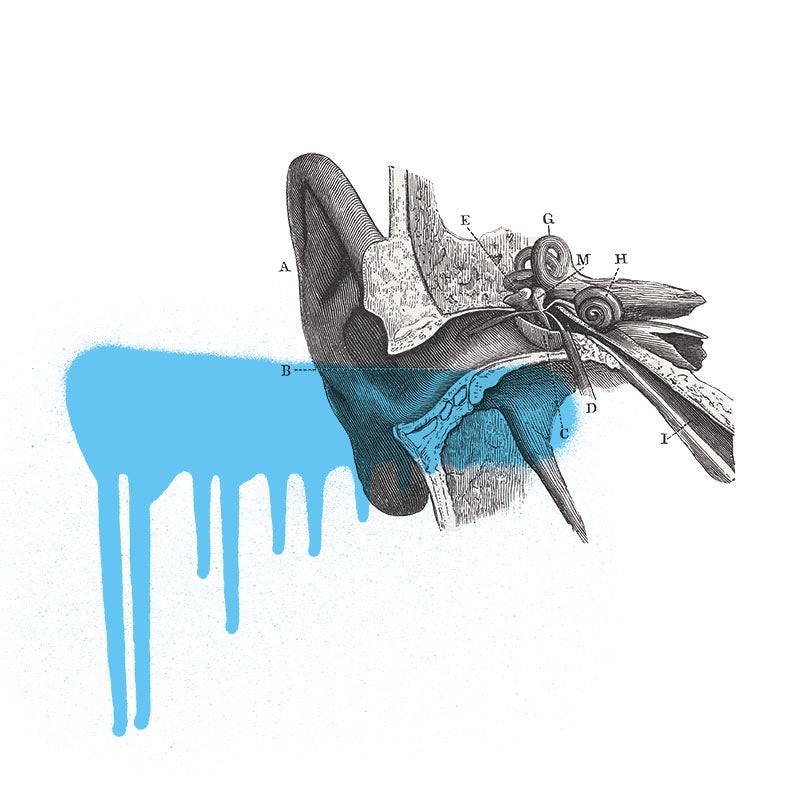 There is a common misconception that the term Sound Branding refers only to the creation of ‘sonic logos’ or ‘sound signatures’. While these elements undoubtedly played a significant part in developing the field, it has expanded into something much richer and more valuable than a synonym for jingle-making. In its totality, it’s about the strategic curation of anything that can be usefully heard by a target audience – this could be a bespoke composition for an interactive product, the playlisting for a chain of hotels, or even an installation of generative sound art for a department store.

All of these examples can communicate wildly different messages and, depending on the way the sound is composed, produced and implemented, can significantly affect the way we think, feel, move, behave, shop and even taste. It is an evolutionary fact that more information is conveyed by sound than any other medium – and, crucially, in a shorter space of time. Just think how a single well-timed cough can leave you in stitches, without so much as a word from anyone, or how your mother’s tone of voice can signal you to back slowly out of the room and just hope she didn’t see you.

Cast your mind back to the early 1970s, and imagine you get a call on the home phone – what does it sound like? Probably rather different to the current preference on your smartphone. But following a ruling by the Federal Communications Commission in 1975, third-party devices were allowed to be connected to phone lines. This led to the production of accessories designed specifically for telephone ringers that changed the sound from mechanical bells and chimes to electronic tones and melodies. There are even stories of people making their own ringers by removing the chips from musical greeting cards or children’s toys, and hacking them to play on the arrival of a call.

Thirty years later, electronic telephone ringers are the new normal and, whilst still referred to as ‘ring’ tones, they’ve opened up an invaluable opportunity for sound designers, musicians, and brands alike. Their reinvention allowed them to transform into a highly profitable part of the music industry, and they quickly became one of the best methods for stamping your identity on the world. A great example of this is the original Nokia ringtone, which had its debut in 1992. A quarter of a century later, it’s still heard around the world at the staggering rate of 20,000 times a second. It may seem odd to think it now but, at the time, the sound was synonymous with a new urbane and technological cool. It not only established the Finnish brand as a household name, but also helped shape users’ social identities and status.

The advance of technology continues to redefine and reframe the potential of sound branding. Last month, the US Federal Government ruled that from September 2019, hybrid and electric cars must meet a set of rather stringent sound requirements for the safety of the blind in particular, as well the general public. Just as the telephonic ringer became a creative and valuable space, how might the sound of an engine be replicated, replaced or reimagined? What will the choices you make, when that day comes, say about you and your conveyance? And how might that sound be put to strategic, commercial purpose?

Good sound branding, of course, is as much about understanding the power of silence and the value of less over more, as it is knowing what noises to use and where to put them. To continue the automotive theme, both Ford (for the Mustang) and BMW (M5) developed systems to reproduce the brooding rumble of their engines inside the car. On the other hand, quietude is king for Rolls-Royce – it famously claimed that the loudest thing you’d hear while cruising at 60 mph would be the ticking clock on the walnut dash.

If I told you to think of Nike, Apple or McDonald’s, one of the first things to spring to mind would be the swoosh, a glowing apple, or the arches of the golden ‘M’. Of course, whilst the value of visual identity has long been understood, sonic identity has had to patiently wait its turn to shine. That day, however, may well be upon us. With the internet as a cultural catalyst, most sectors now overflow with the noise of competitors vying for attention.

It’s not just advertising that’s turning up the volume either. The whole world is getting louder by the day. Whether it’s machinery or music, pedestrians or planes, modern life is increasingly noisy. Representing yourself through sound has never required more careful consideration, yet many brands, agencies, stores and other commercial environments still reach for off-the-shelf solutions. An Oxford University study showed that incongruent sound will reduce the impact of visual communication by 86%, whilst congruent sound would increase it by a staggering 1107%. The brain likes the right sounds in the right places. Just think back to Nokia’s ringtone, or Intel’s five notes – surely to have a sound that conjures the brand and its values in the hearts and minds of consumers is something that all companies should aspire to?