Created for Swiss sportswear brand On, the short film, directed by Richard Bullock, puts an emphasis on Frimpong’s position as a role model for younger generations but also the immense challenges he has overcome during his career, which is littered with extreme highs and lows.

The ten-minute-long film takes viewers through Frimpong’s journey to the Olympics, and takes in his struggles with citizenship, injury and even a change in sport, from running to the winter Olympic sport of the skeleton.

As well as the unusual nature of Frimpong’s story, what sets the campaign apart is its use of animation, which turns Frimpong into a superhero, named Black Ice. “My philosophy as a writer and director, particularly in the field of sports brands, has been to avoid portraying the athletes as superheroes,” says Bullock. “I’ve done a lot of work grounding athletes as real people. But Akwasi’s story lent itself so directly to the notion of a superhero I eventually gave in and went for it. The key difference between him and superheroes is he is actually real. His superpower is resilience.”

Unusually, the project began as a graphic novel in Bullock’s mind, rather than a script for a film. “I decided to type out Akwasi’s full life story in the style of a graphic novel,” he says. “It felt like a natural way to speak in relation to his life. I got together with my illustrator Dean Mortensen who normally draws my storyboards and I asked him to bring the story to life as a graphic novel.

“We had a lot of fun creating that without the constraints of worrying about the film. So I never actually wrote a script at all. We had the graphic novel as the inspiration from the beginning. Once that existed, I started to imagine kids holding the book and reading it. I wanted to avoid the way graphic novels have been brought to life in the past. I didn’t want a ‘voice of god’ narrator. So the kids who are supposed to be inspired by Akwasi became the narrators.” 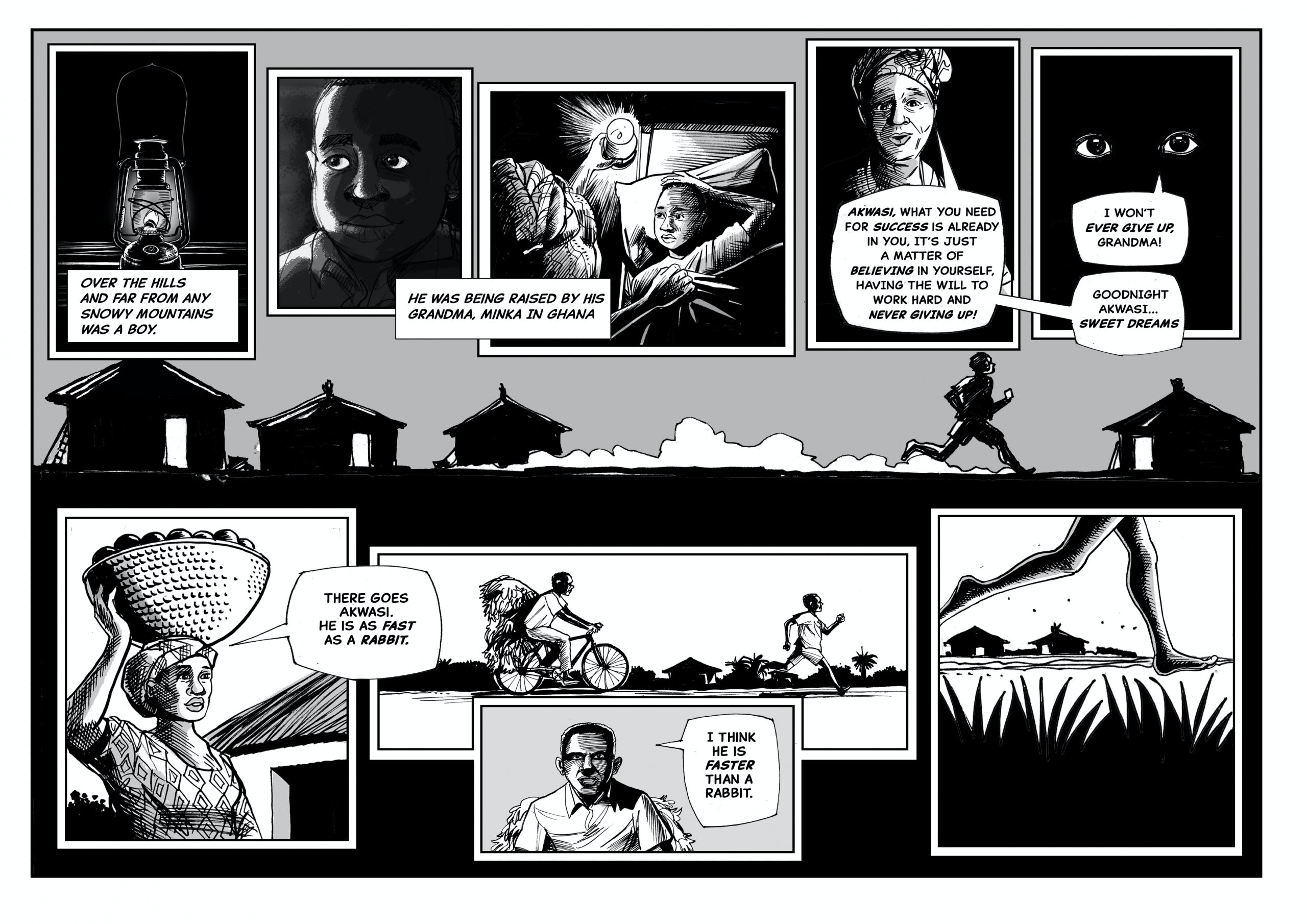 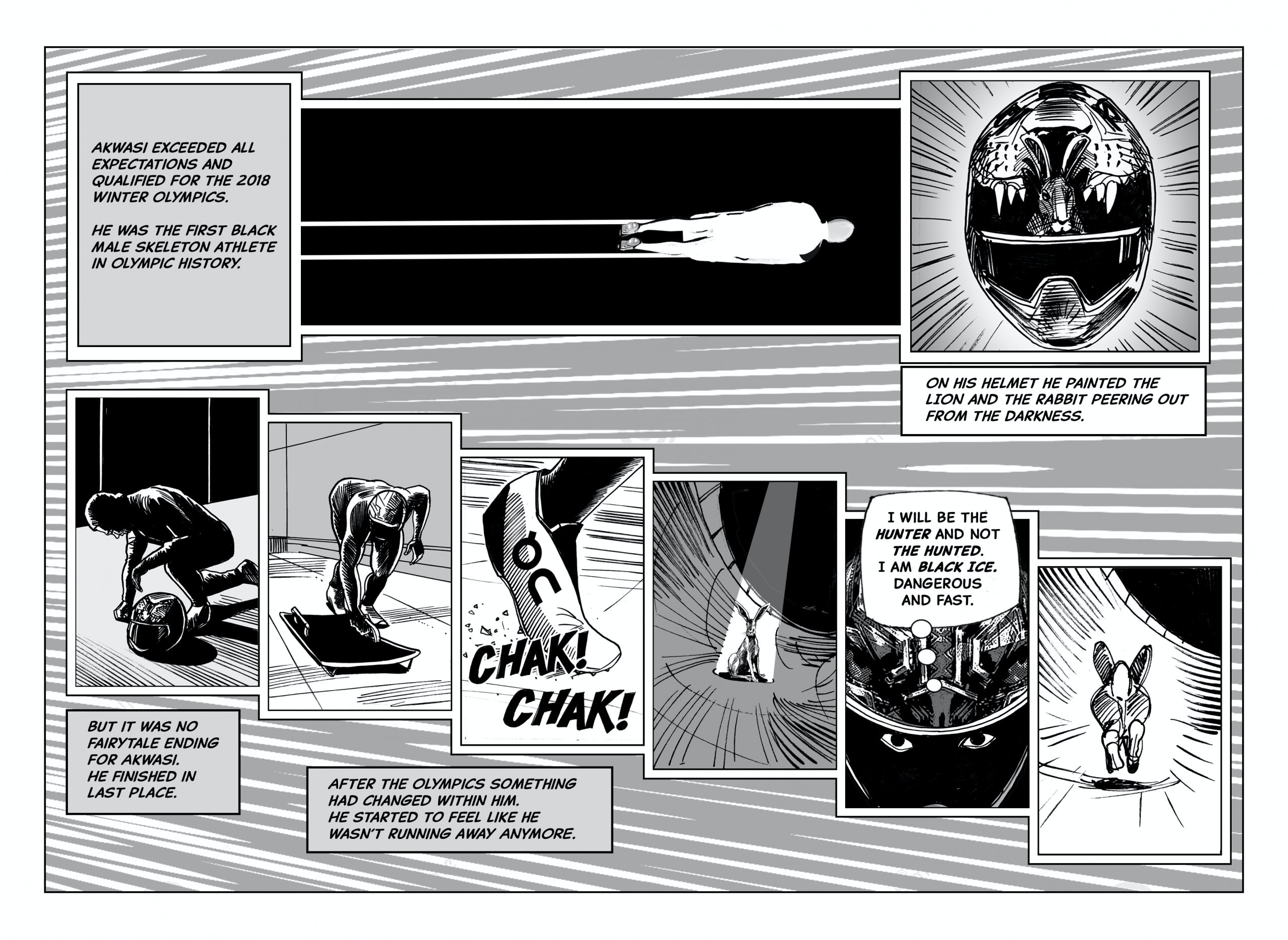 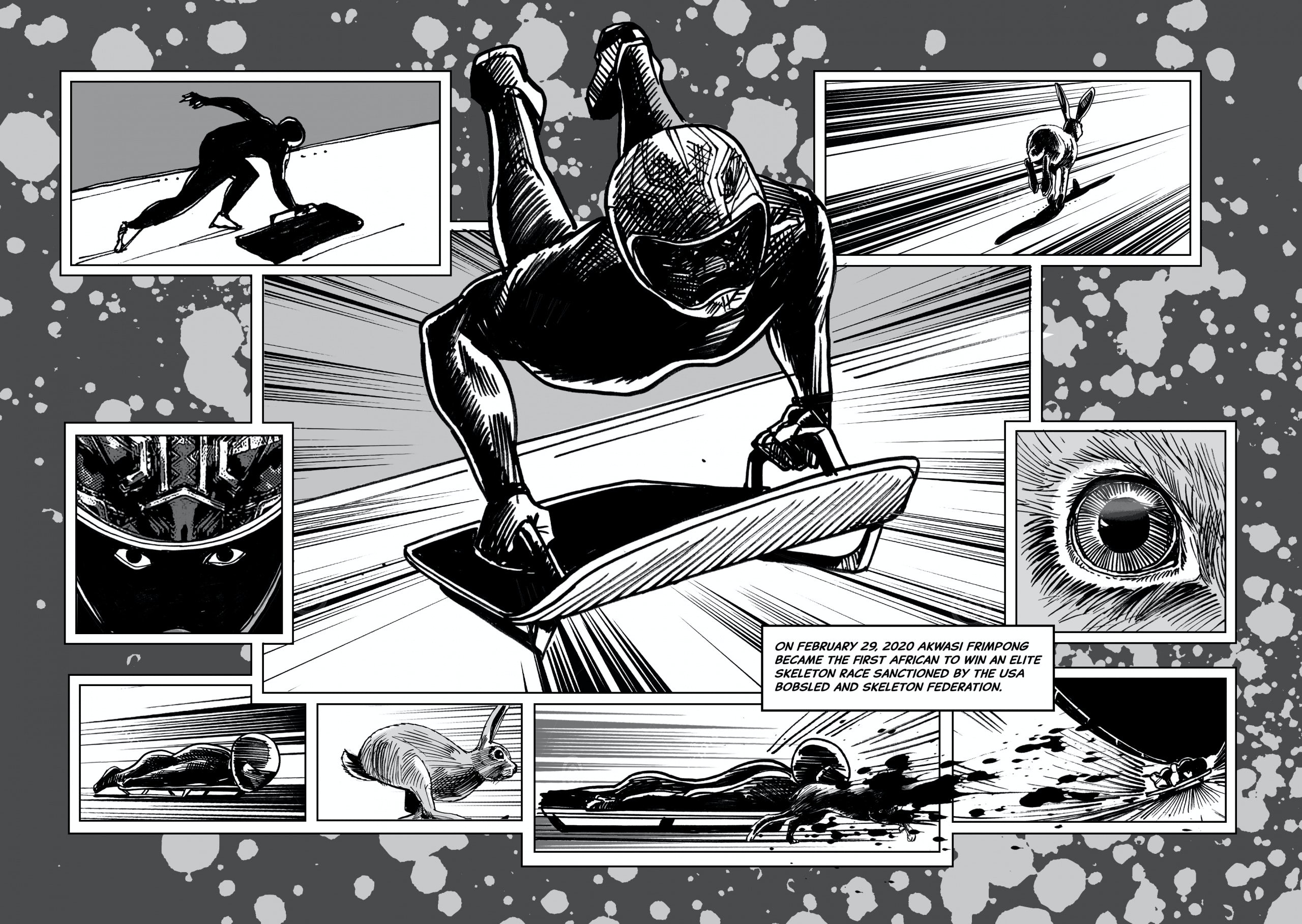 Bullock cites the original Phantom comics as an inspiration for the particular style used in the film, and saw connections between that and the distinctive outfits Frimpong wears in real life. “Interestingly the Phantom was the first ever character to put on a skin tight suit and mask which hid his eyes,” says Bullock. “Obviously Akwasi himself and his own design themes around how he dresses himself inspired me. He has always painted his story on his suit and helmet so I was inspired by his own design decisions he has created around his competitive uniform.”

The campaign was developed over six months, and should have been a precursor to Frimpong appearing at the forthcoming Winter Olympics in Beijing. However, a positive Covid test at the end of last year has meant he was not able to complete the qualifying rounds for the 2022 Games. So unless a wild card should come his way, sadly it will be the 2026 Games before he has the chance to grace the Olympic stage once more. 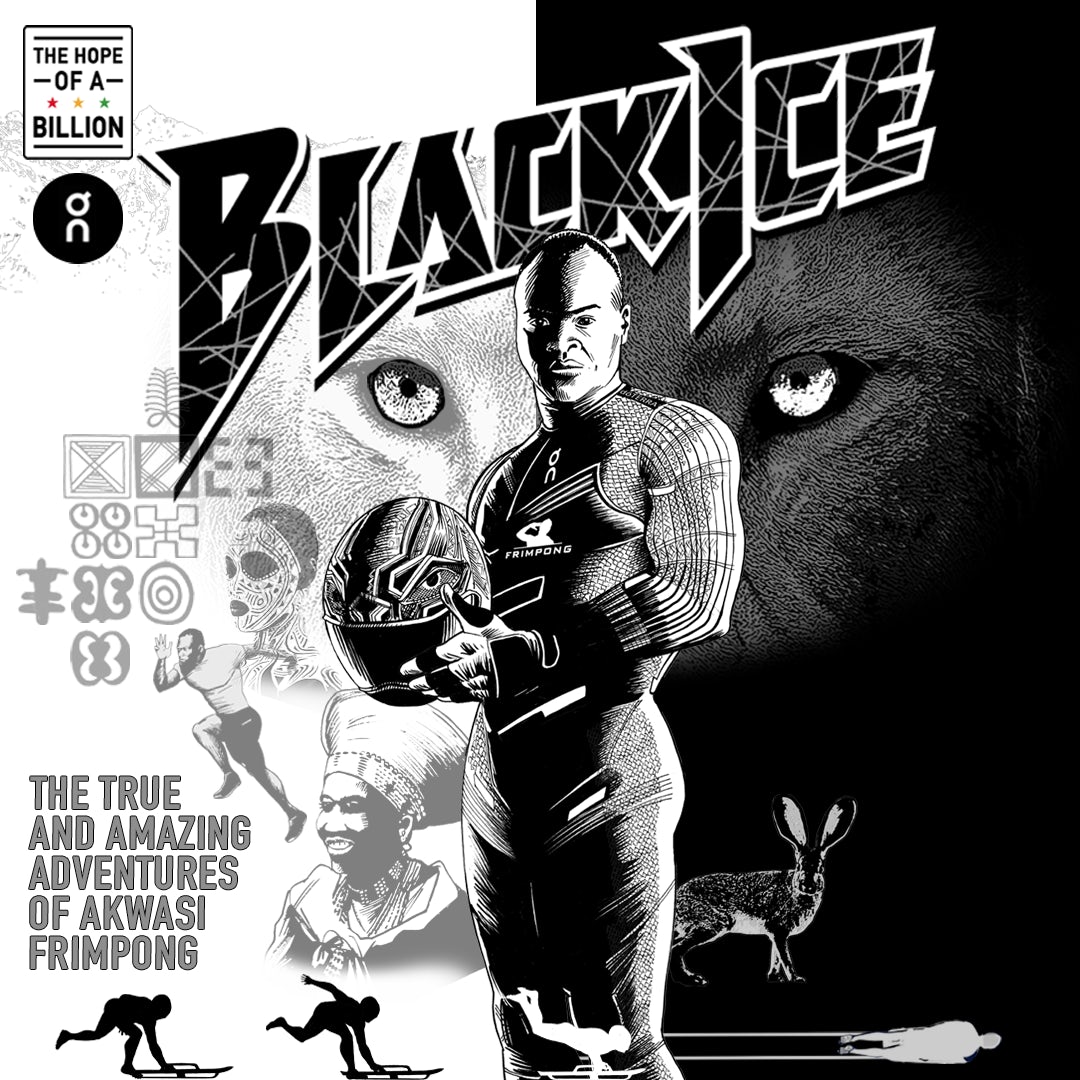