Dance Fever is Florence + The Machine’s first album release in four years, and was created during lockdown. Whereas its title might initially conjure up disco, there’s nothing quite as predictable as that here, and in fact its inspiration comes more from the medieval era, with one track, Choreomania, referring to the 14th century phenomena of people dancing themselves into a manic state.

Besides, Florence Welch’s style has always been more Laura Ashley than club kid, so her reincarnation as a kind of Pre-Raphaelite goddess in a series of tapestries created by Tottex for Spotify’s release of the album seems entirely appropriate. The artwork featured on the tapestries is based on the designs for Dance Fever, created by Thunderwing and featuring photography by Autumn de Wilde.

Described as the world’s first tapestry ‘billboards’, the works are exhibited this week at the Dulwich Picture Gallery in London, where they coincide with the launch of its new exhibition Reframed: The Woman in the Window, which explores the recurring motif of ‘the woman in the window’ through history with over 50 works by artists including Rembrandt van Rijn, Dante Gabriel Rossetti, Louise Bourgeois, Kudzanai-Violet Hwami, and Rachel Whiteread. 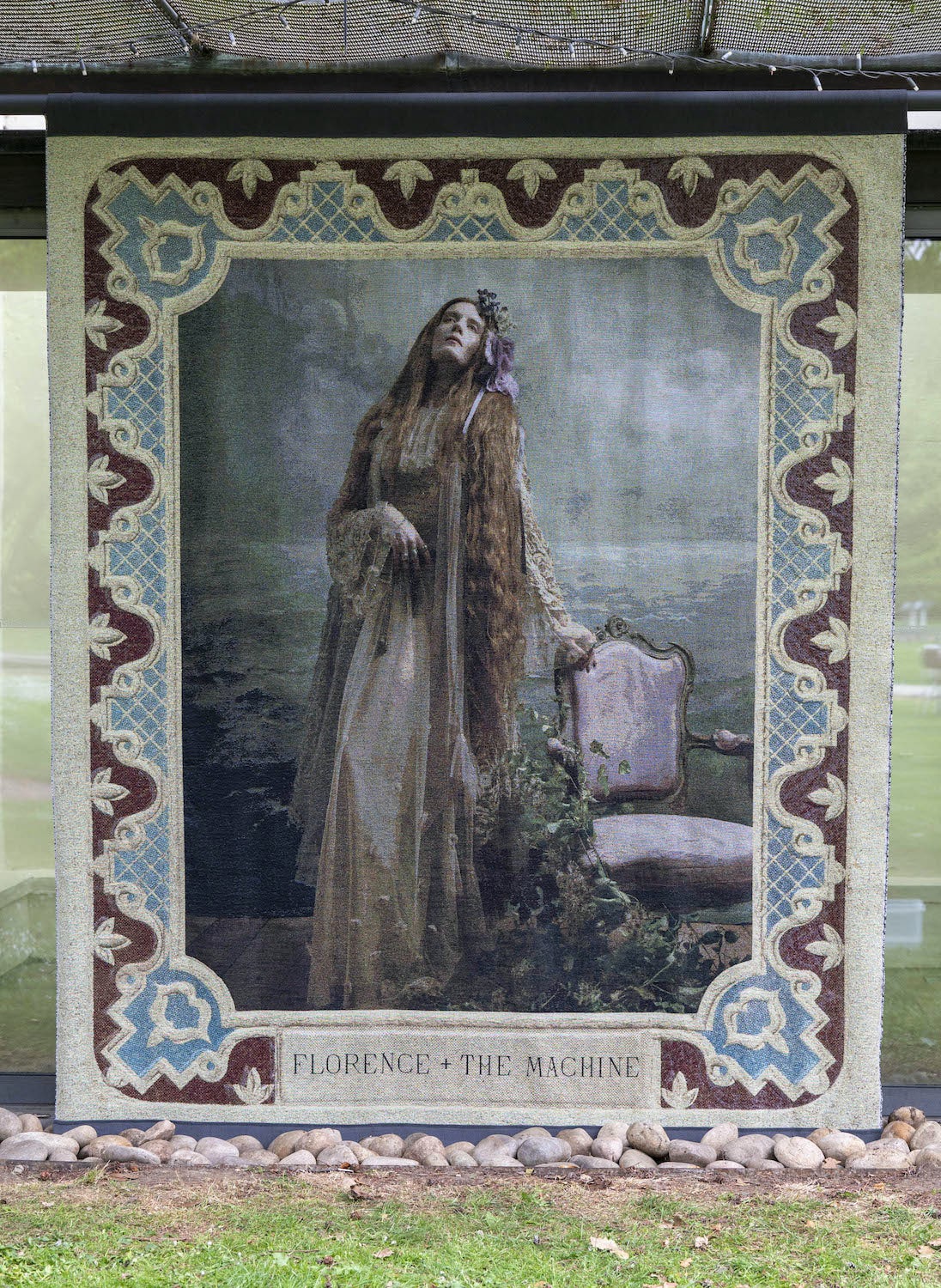 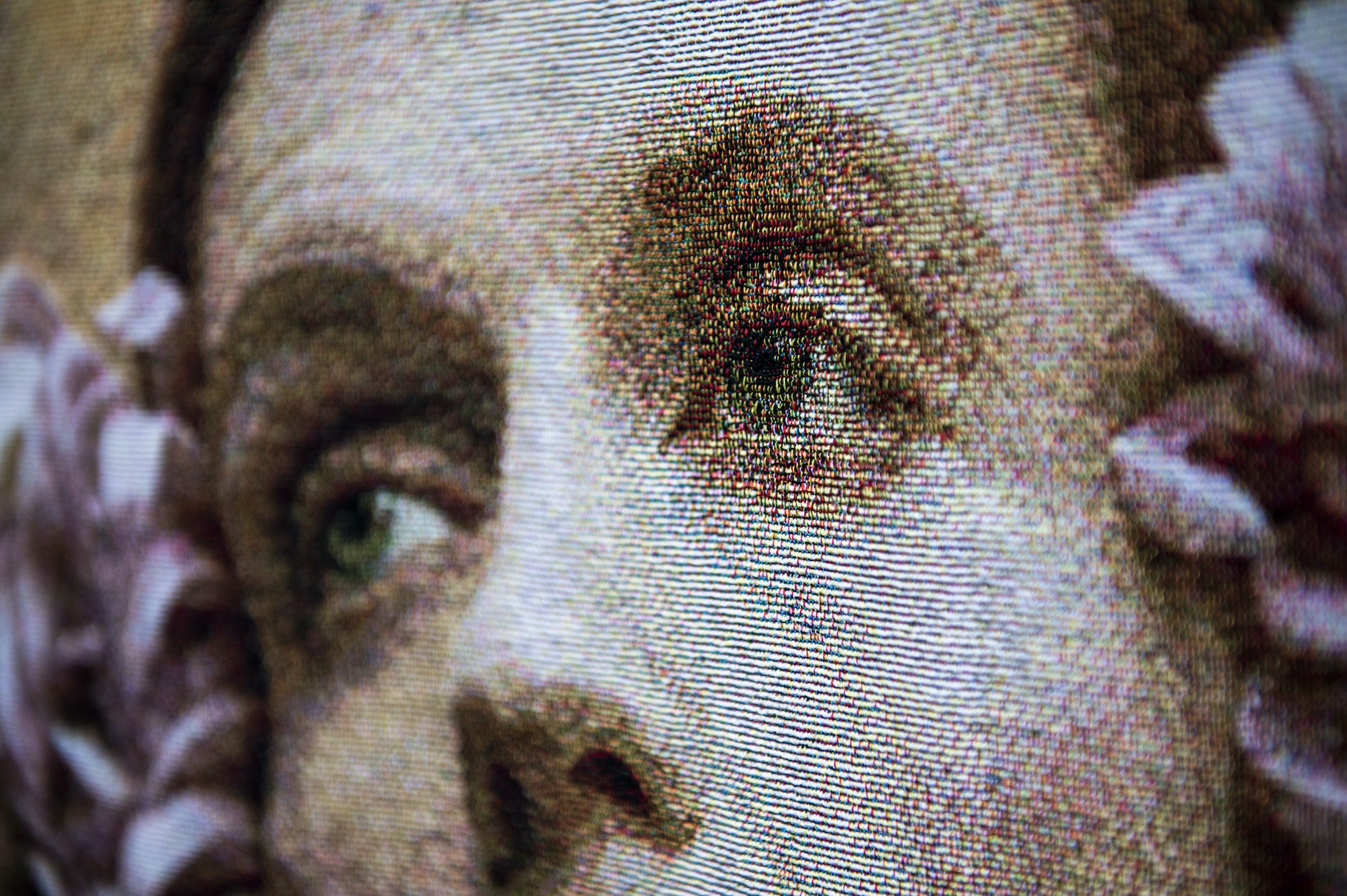 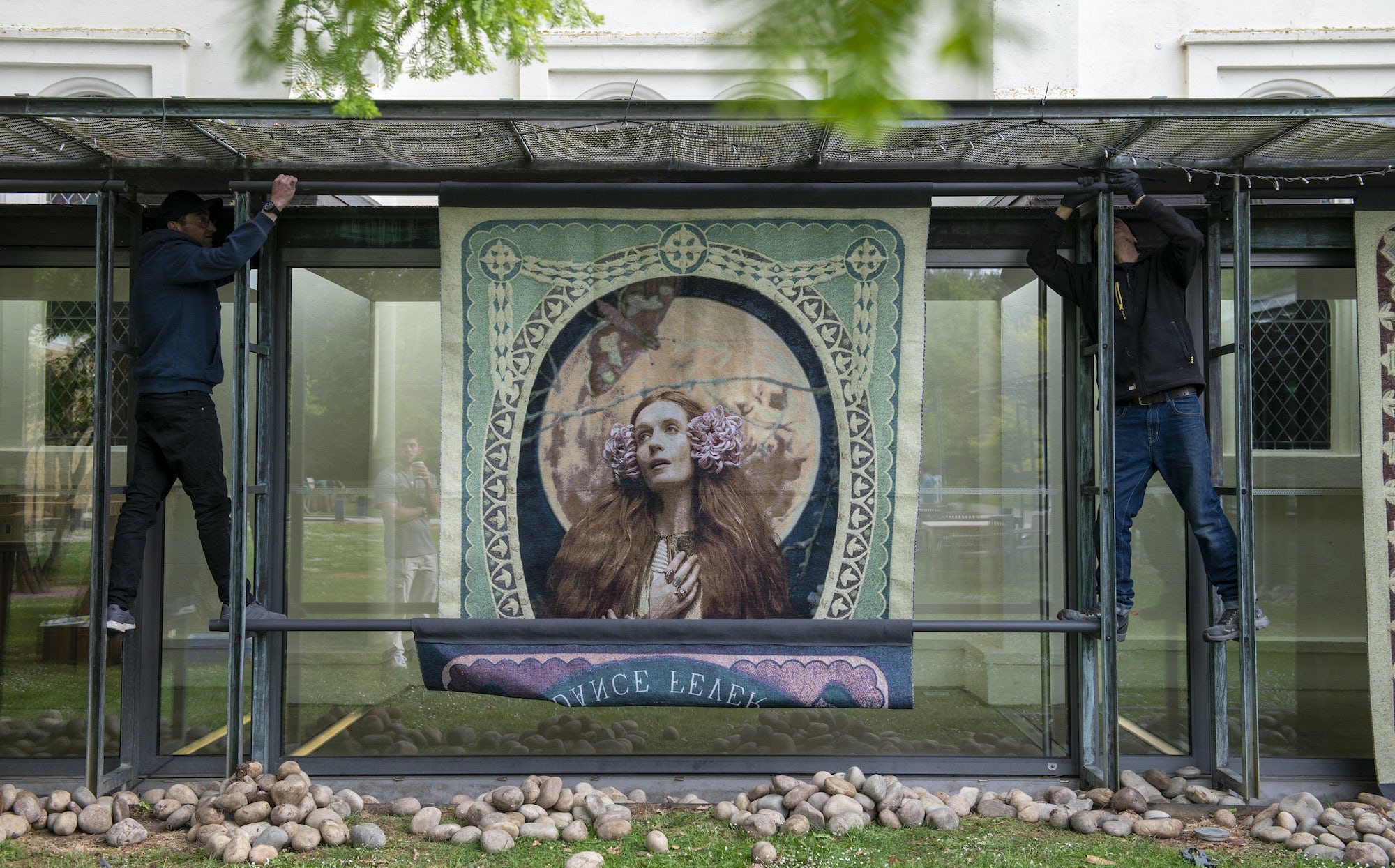 Speaking about the tapestry’s unveiling, Welch said: “Pre-Raphaelite art has been a musical and artistic inspiration of mine for years, brought to life most recently through the lyrics and album creative in Dance Fever. To be transported back to my favourite era and re-imagined in the style of the leading women who inspired Rossetti and Hunt is a dream I never imagined, on top of being hung in one of my most loved galleries in my hometown of South London.”

The three individual two-metre-squared woven tapestries will hang until May 20 in the picturesque gardens of Dulwich Picture Gallery, where Welch performed in 2017. As well as getting up close to the tapestries, the public will be encouraged to scan a QR code taking them to Spotify to enjoy the Dance Fever Album Experience exclusive to the music streaming platform. 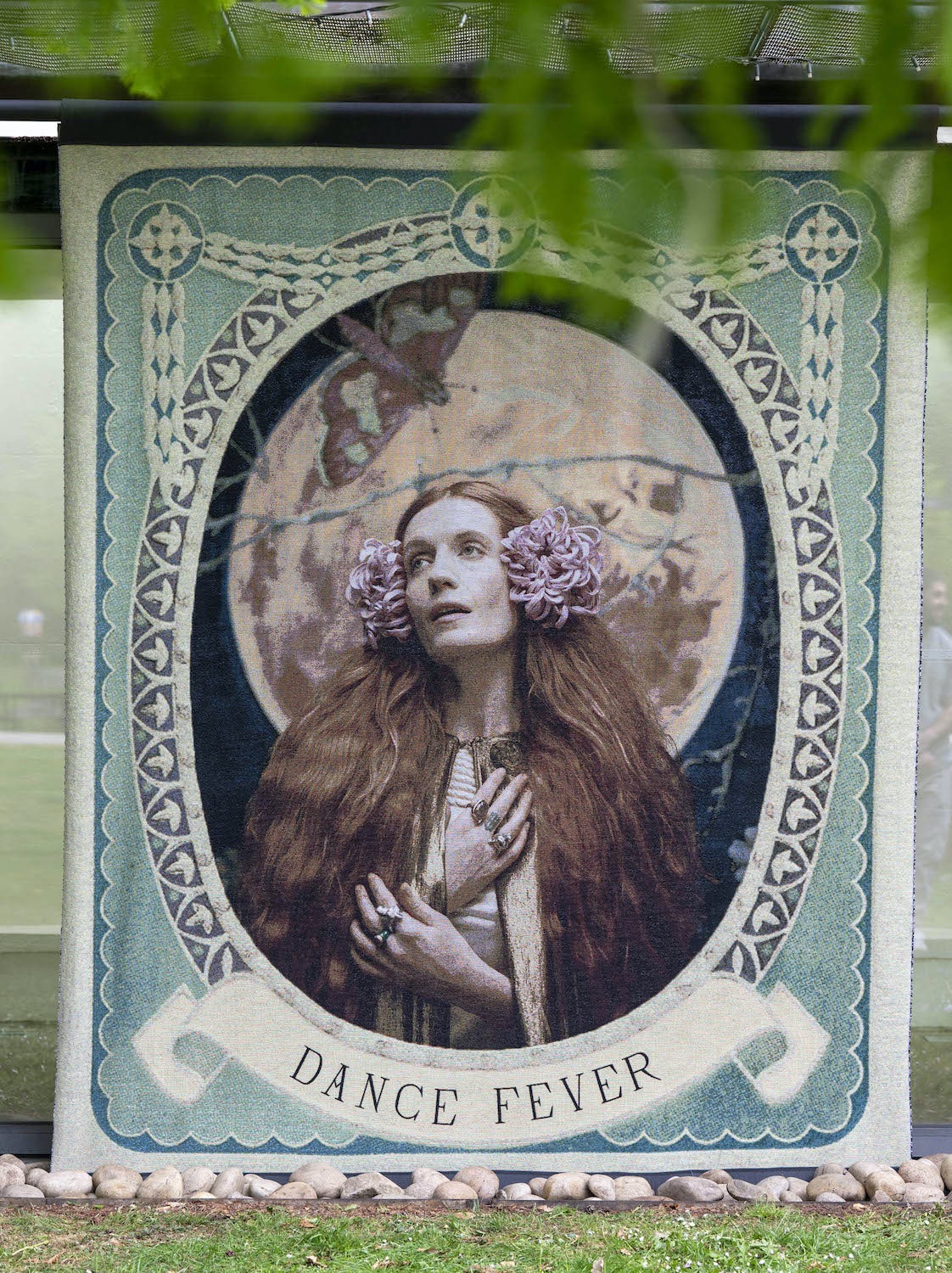 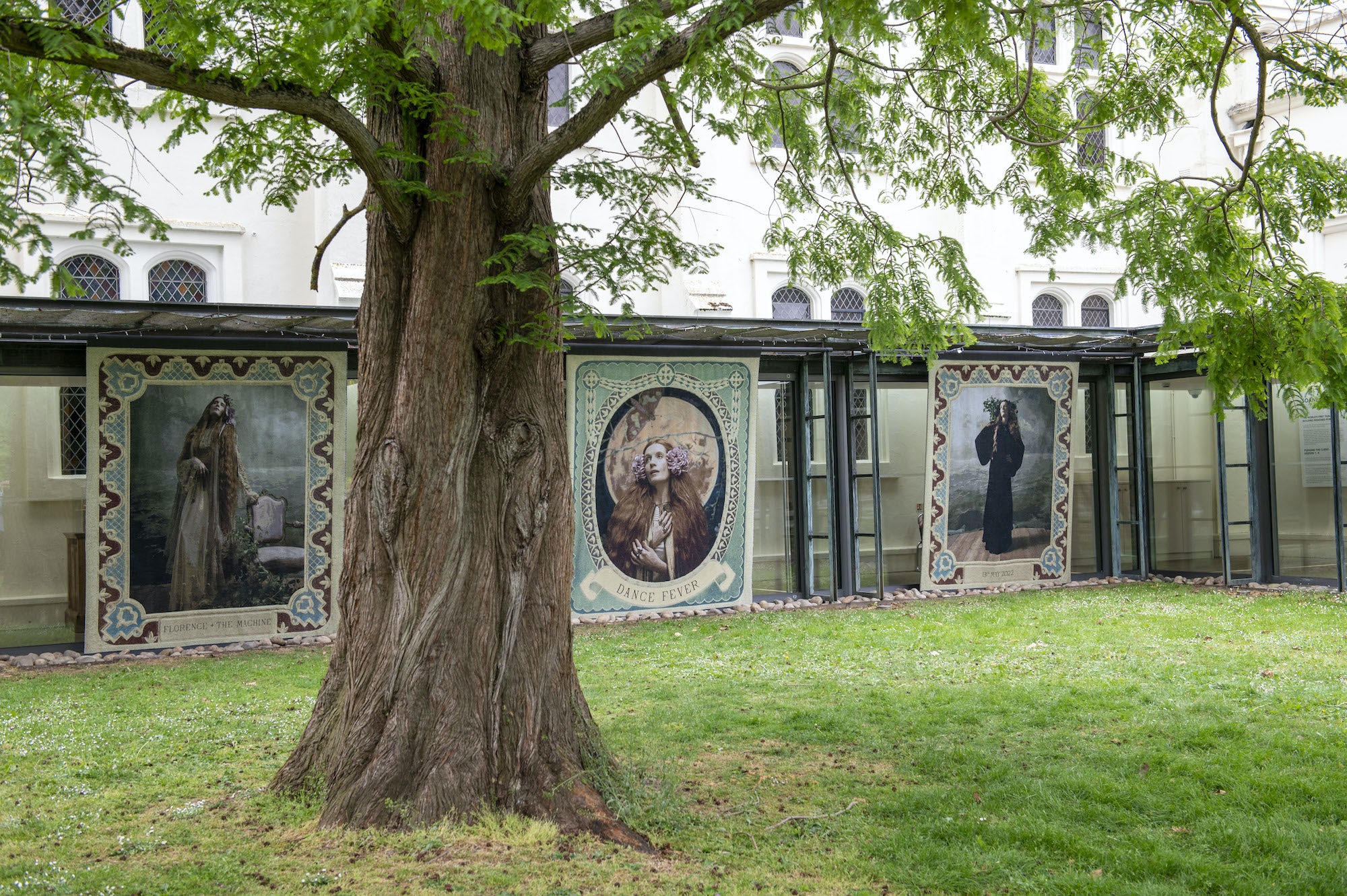