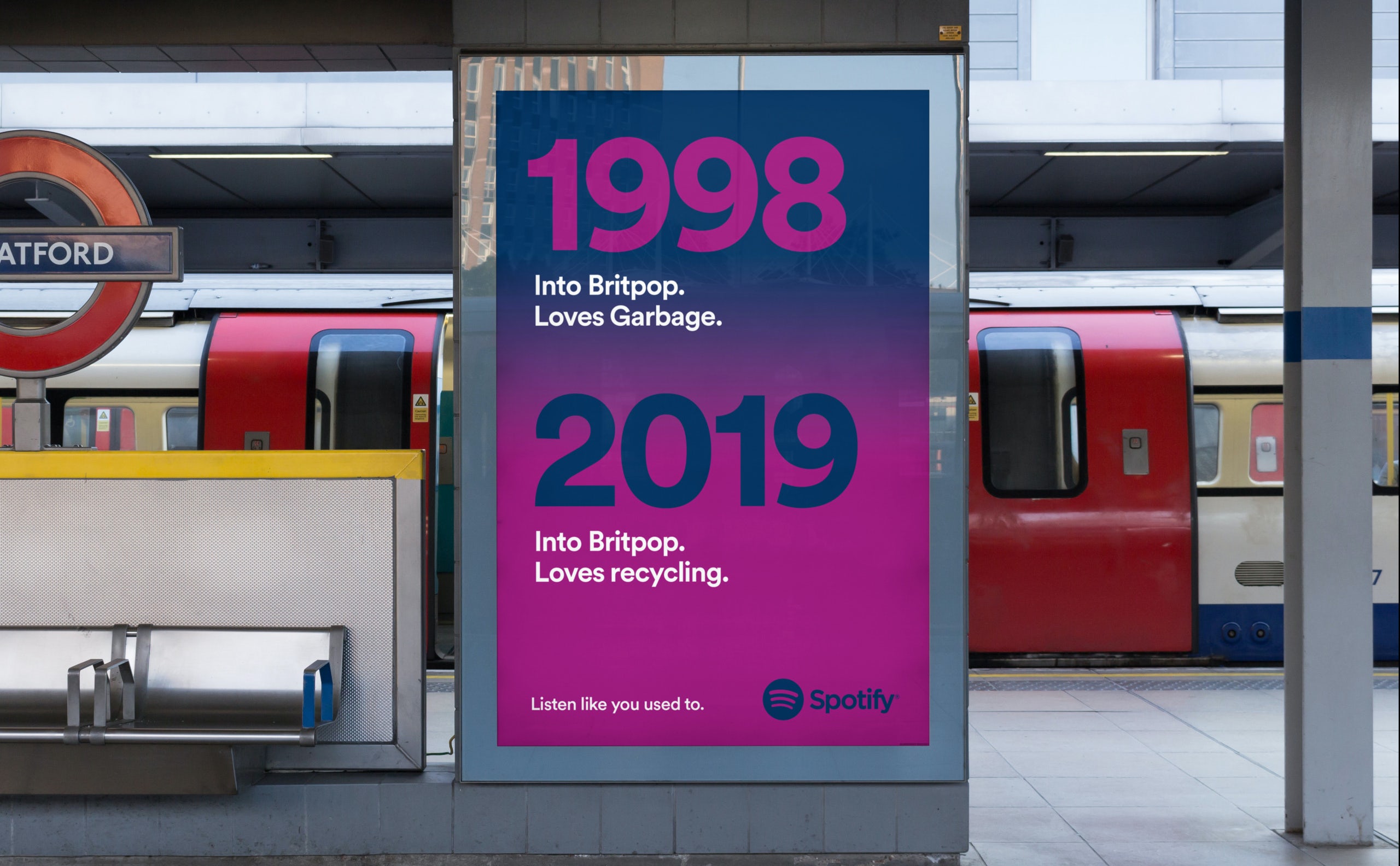 This print campaign from Spotify UK and Ireland was aimed at a streaming audience who grew up between 1979 and 1999. The ambition was to remind Gen-Xers that while life may change, classic songs remain the same (and that you can listen to these songs on Spotify, natch). The campaign encourages audiences to ‘listen like you used to’, and features a series of quirky references to music from the 80s and 90s, cleverly combined with home truths about listeners’ lifestyles.

The reality is, listeners are more likely to be ‘2-4-hour party people’ than the ‘24-hour party people’ they were in 1988, or spend more time smashing avocados rather than listening to Smashing Pumpkins. Bespoke local executions of the posters were also created, including a dedication to Manchester’s famous music scene and the legendary Haçienda nightclub, which is now converted into luxury flats: 1989, you live for The Haçienda; 2019, you live at The Haçienda. 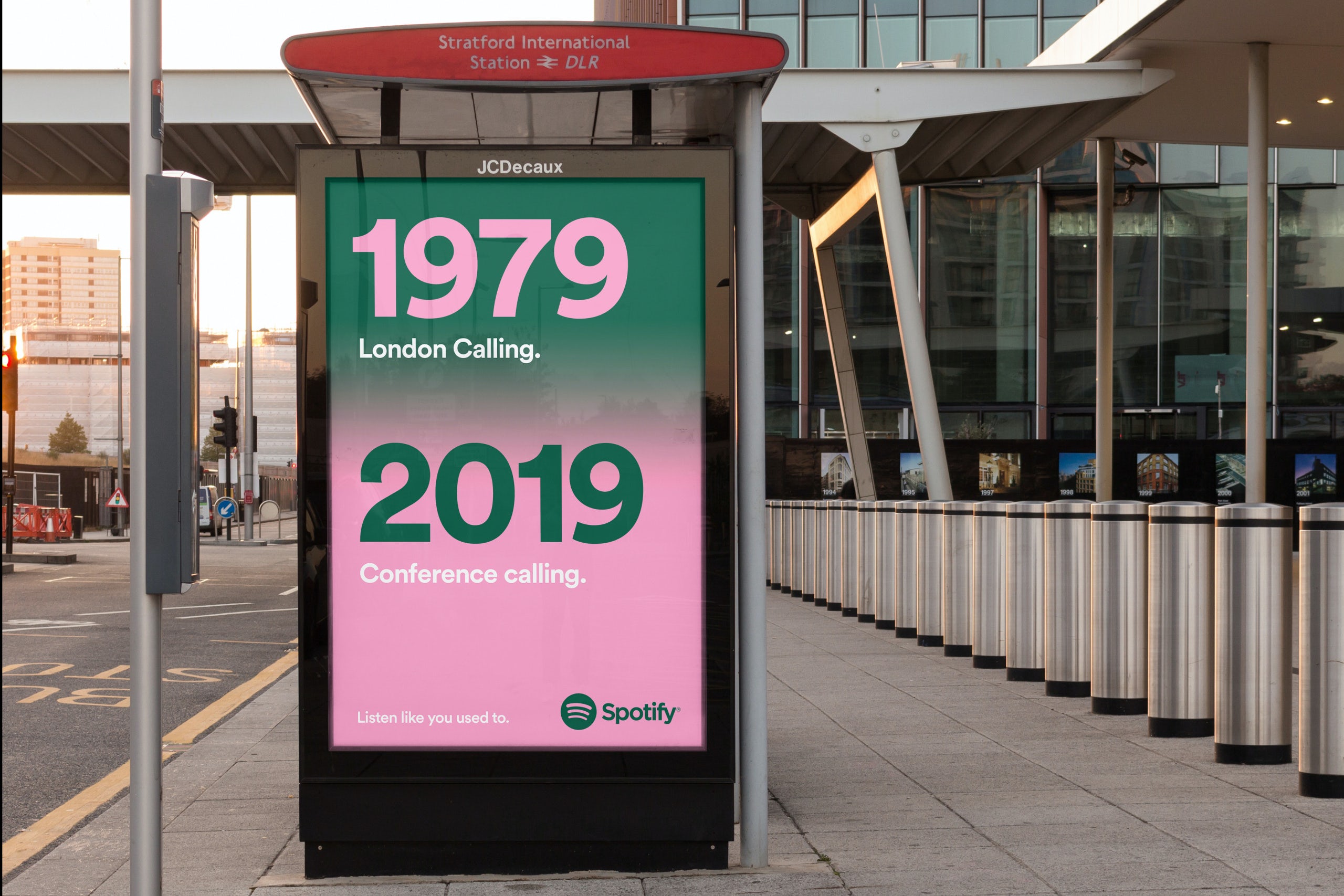 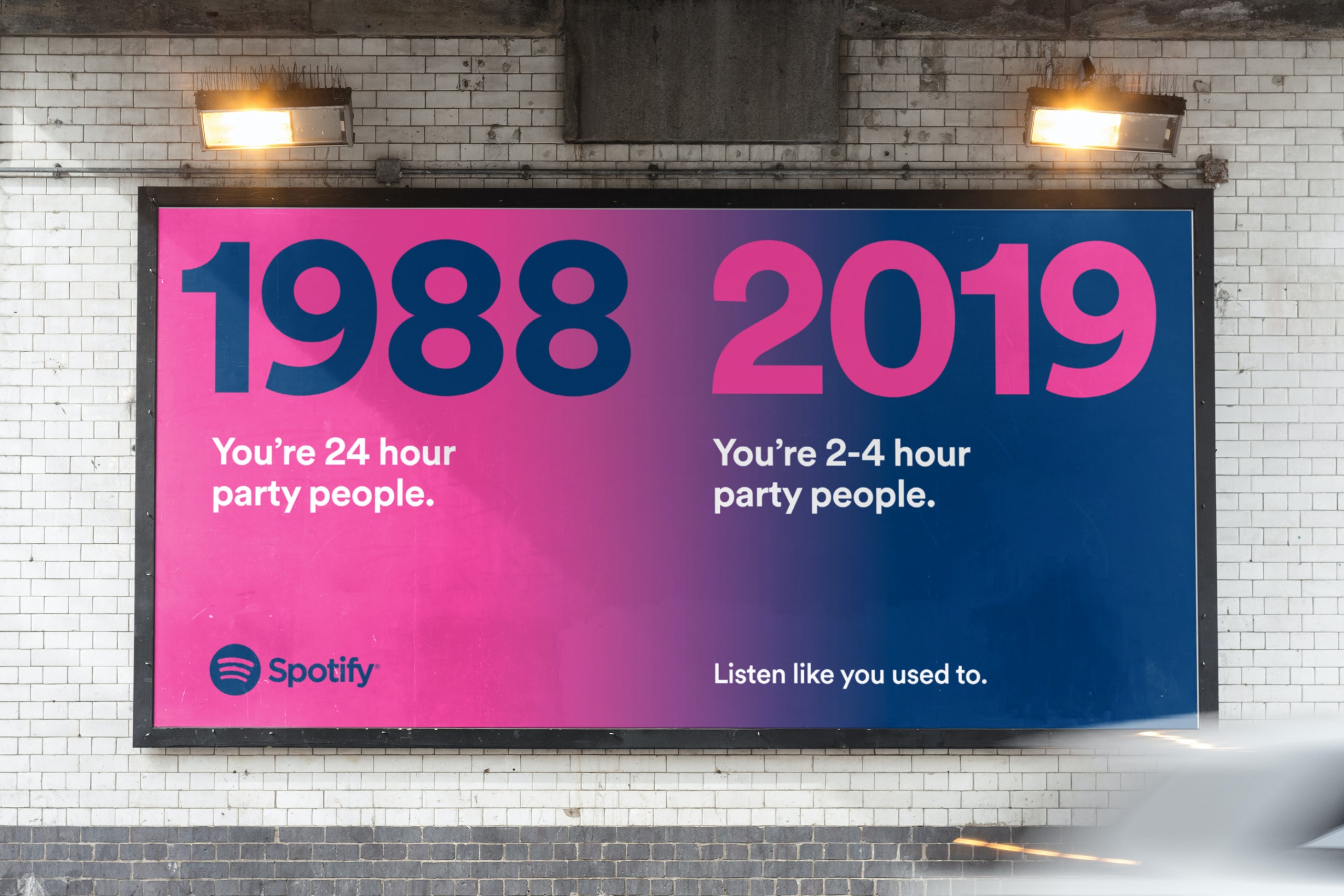 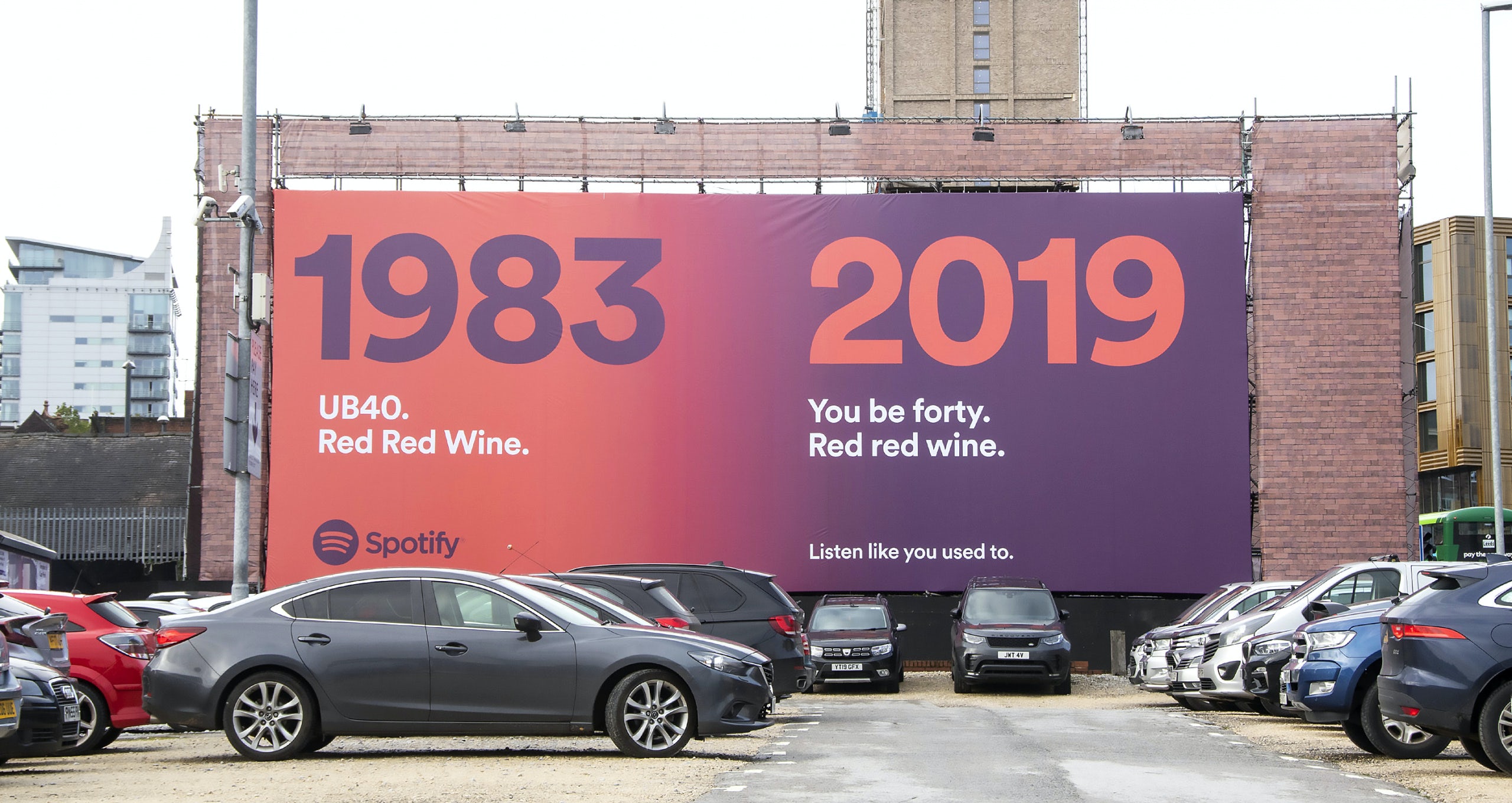 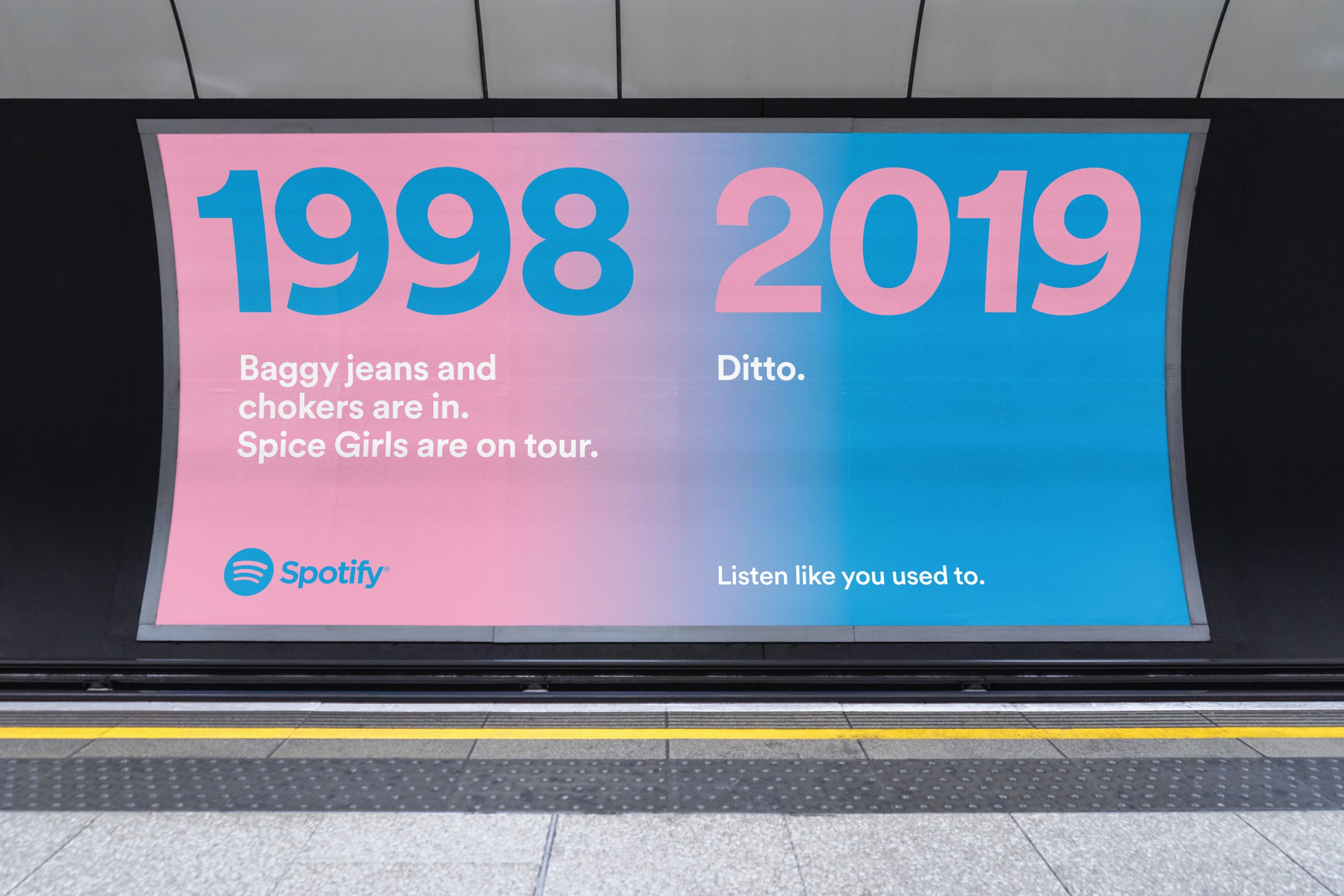 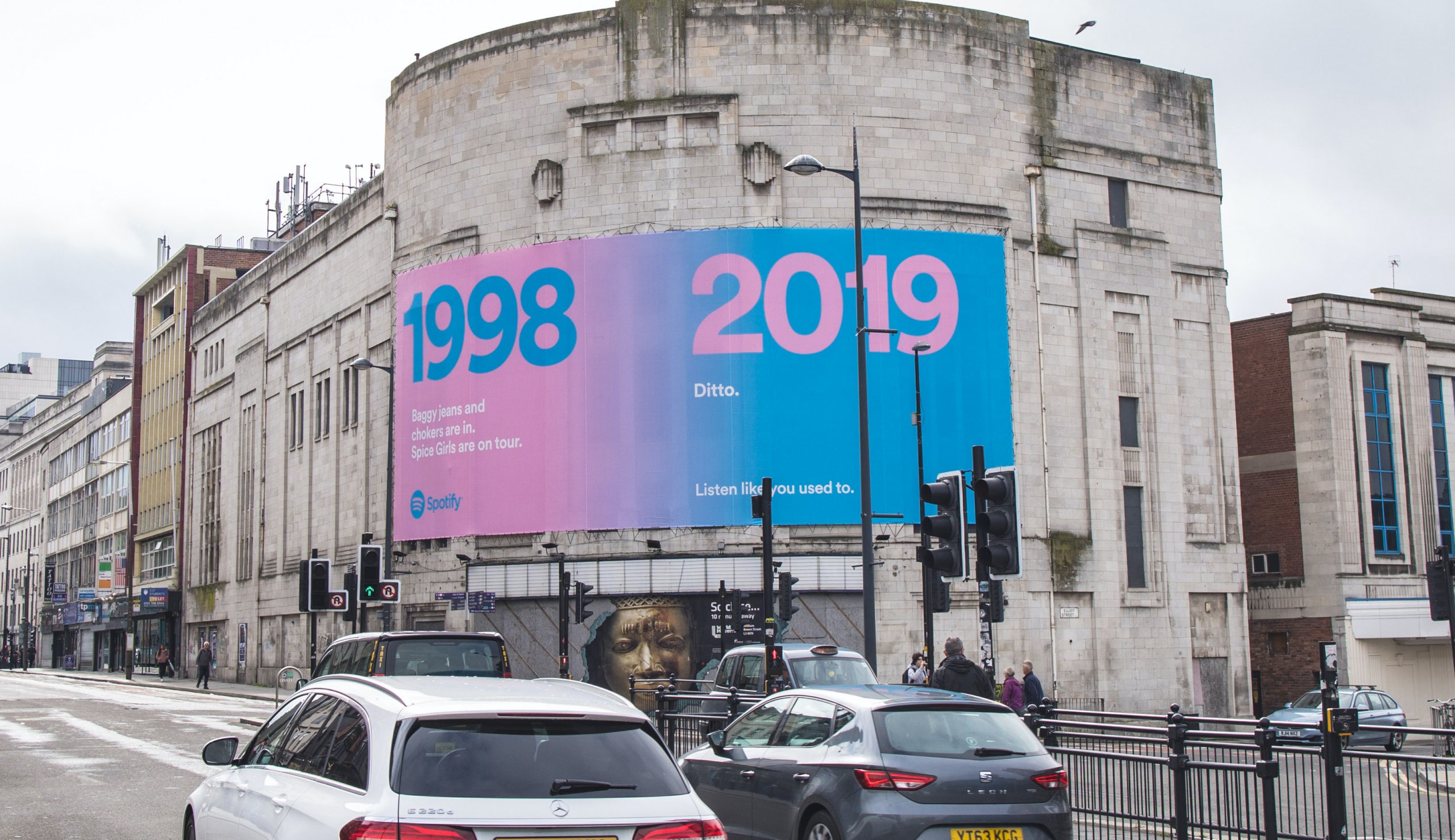