Stake was founded in 2016 with a mission to democratise the stock market for amateur traders and the general public by allowing them to invest in global companies.

The online brokerage platform has taken a creative approach to its branding and marketing from the outset. In 2018, its in-house team worked with DesignStudio Sydney on a new visual identity that firmly eschewed finance world clichés.

Now, Stake has launched its first campaign, from creative studio Bear Meets Eagle On Fire, and produced in collaboration with Augenblick Studios, the award-winning creators of Comedy Central’s Ugly Americans and Adult Swim’s The Jellies.

The campaign film, titled The Takeover, is a striking black and white animated monologue delivered by poet and street lyricist Black Chakra, who shows Stake’s users how to take their seats at the boardroom table. 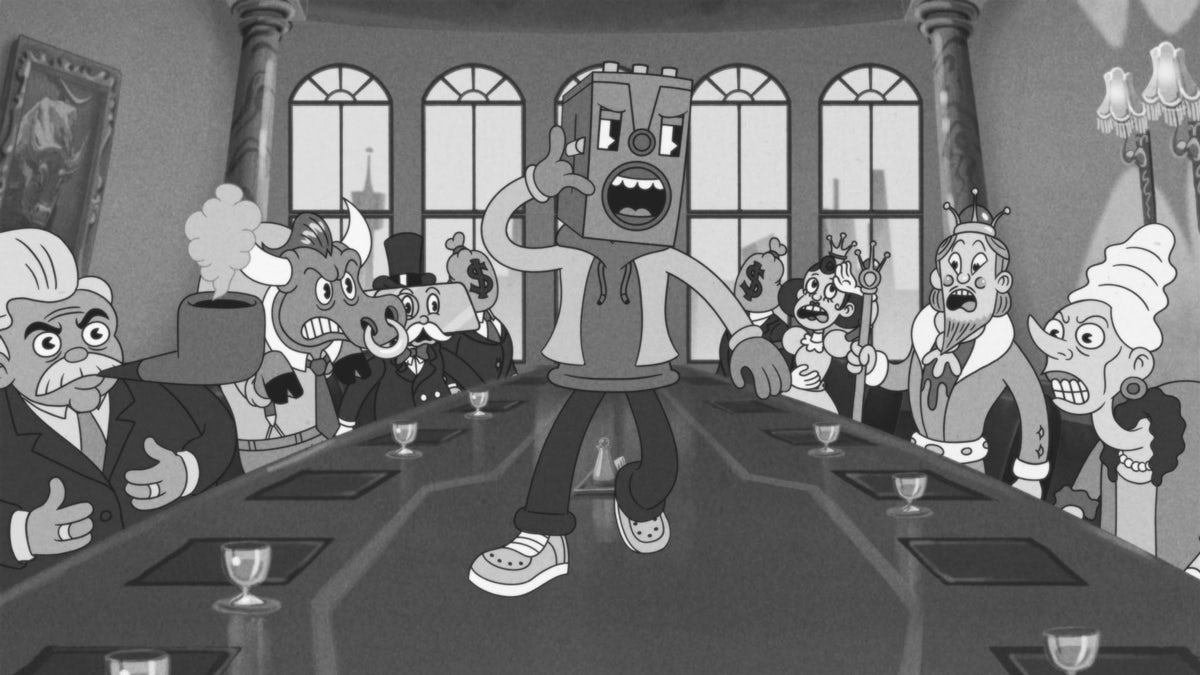 Inspired by the classic Fleischer era of animation from the 1930s, the ad feels reminiscent of Jay-Z’s searing video for The Story of OJ. Rather than tackling America’s historic race problem though, The Takeover is challenging the traditional fabric of the finance world.