Artist and author Stanley Donwood has created two new artworks that inject some lightness and positivity into our concrete everyday. The first, Sol, focuses on a radiant sun, with a tangle of vine-like rays emanating from its core. Meanwhile, Set is a remarkable landscape that, despite its fiery sky and yellow haze calling to mind the devastating fires that have torn through both Australia and the USA this year, feels quietly uplifting.

The artworks will be placed around the streets of ten UK cities – including London, Manchester, Birmingham, Bristol, Cardiff, Sheffield, Edinburgh and Glasgow – as part of the Your Space or Mine project run by Buildhollywood (the umbrella outfit for agencies Diabolical, Jack and Jack Arts).

“Both are from a new collection of work that I’ve made since the pandemic arrived,” Donwood said. “I was suddenly aware that a lot of my work was kind of depressing, and now everyone was depressed and didn’t need any nudging in that direction. So I tried to make work that was more cheerful. I am actively trying to cheer people up. It’s a new feeling and I quite like it.”

A close Radiohead collaborator for over 25 years and the artist responsible for much of Glastonbury Festival’s artwork for most of that time, Donwood’s practice has always leant towards the music world – and the steep challenges faced by the industry this year have given him pause for thought.

“Responding creatively during the pandemic has actually been quite difficult,” he continued, “because I hadn’t previously really appreciated how much my work was entangled with the idea of large groups of people gathering in crowded environments – I make artwork for band gigs and tours, for festivals. I had book launches and exhibition private views. All gone now. It’s a lot easier to see art in the street than in a gallery or a museum these days. The street is where I started, so I have an allegiance.” 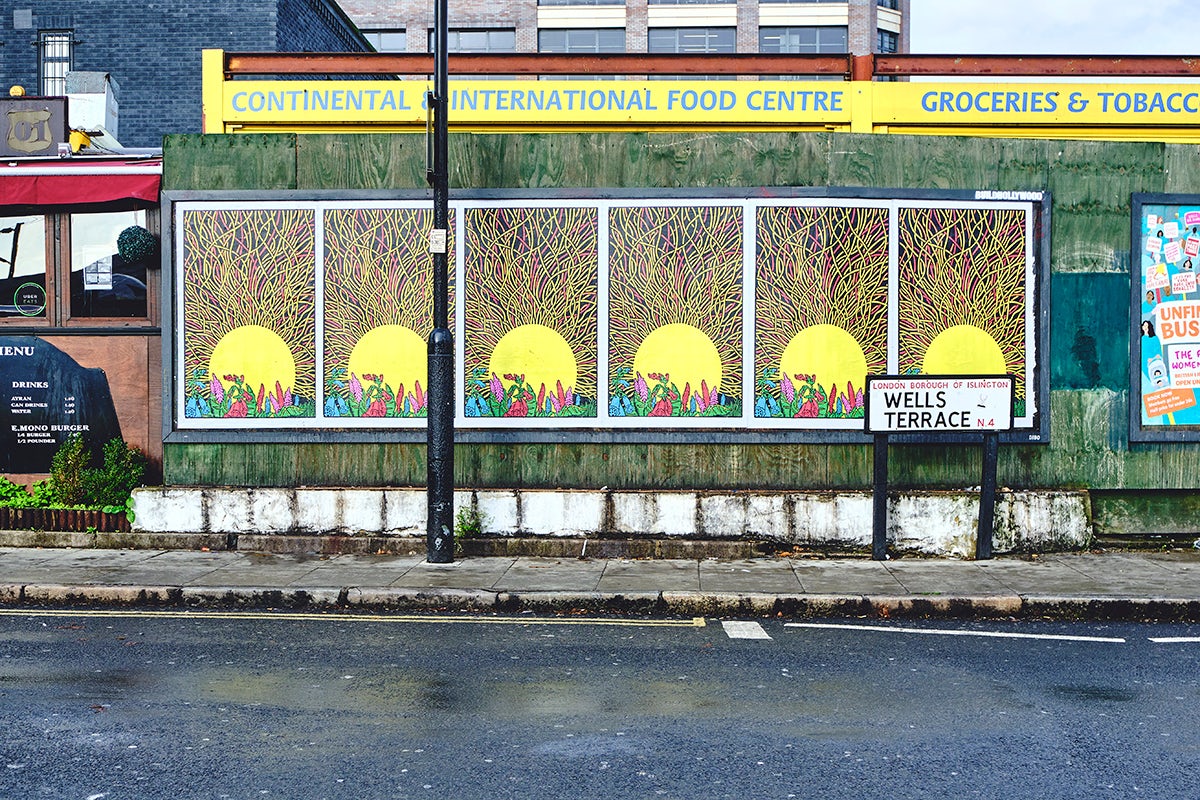 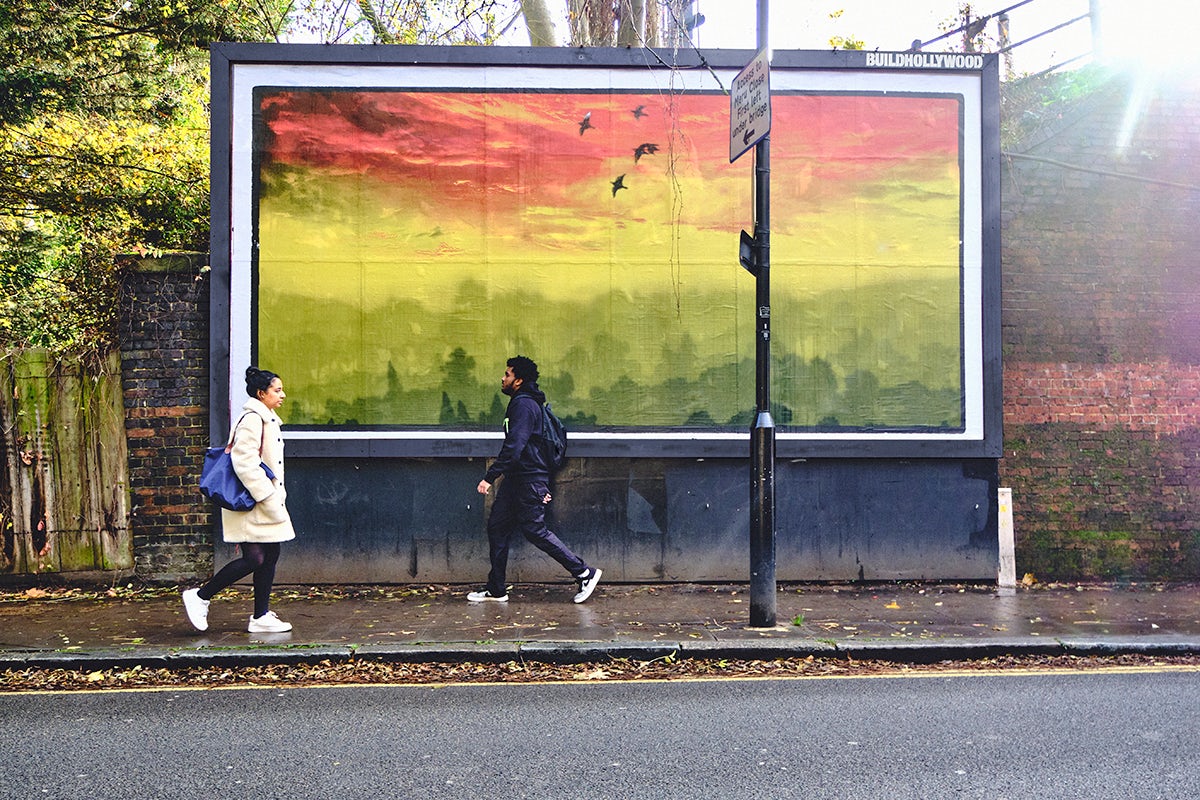