Challenger bank Starling has announced a redesign of its cards. The new design is in keeping with the minimal, stripped back aesthetic we’ve come to expect from mobile-only banks like Monzo and Revolut and comes in a signature eye-catching colour – something that also seems to have become the norm among these new brands.

But the most significant change in Starling’s new cards is that they are vertical and feature no personal information on the front – just a chip and the Starling and Mastercard logos.

Starling Art Director Mark Day says the new design reflects the changing nature of banking and developments in banking tech. “Traditionally, debit and credit cards were designed in a landscape orientation because of the way old card machines worked – they are embossed with raised numbers so they could be printed onto a sales voucher. But those machines are no longer in use,” he explains.

Starling claims we are now more used to vertical interfaces thanks to the ubiquitousness of mobile phones. This, coupled with the fact that all cash points, card readers and contactless terminals require the use of the card in portrait mode, made the case for a vertical card.

But what sounds like a simple change of orientation proved a rather complex design challenge due to banking regulations. “Mastercard has a 157-page manual on card design standards. It really was an interesting challenge to create something beautiful, while making sure we complied with the standards,” says Day.

“The chip and magnetic strip placement cannot be changed. The front has to have the Mastercard logo and this has to be in the top or bottom right for a landscape card. It must have a signature strip on the back. There are three sizes it can be. The hologram and the contactless indicator have to be present but you can put those on the front or back,” he explains.

The vertical redesign has only been applied to the front of the card, however. Attempts were made to do the same on the back, but Day says the solutions didn’t test well. All of the identifying text – names, 16-digit card numbers and expiry dates – still appear horizontally on the card’s reverse, though the text has been reformatted and is no longer embossed. 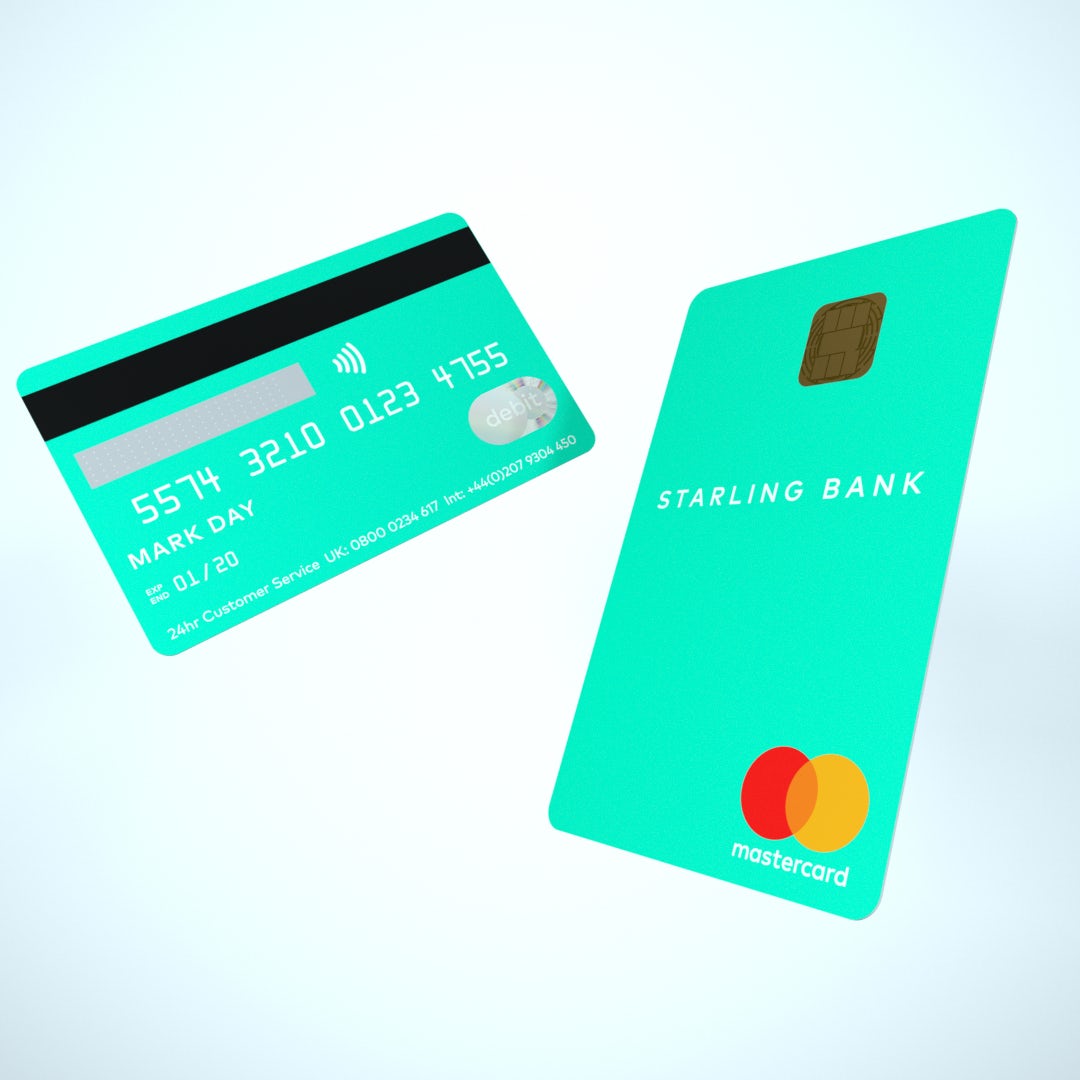 The redesign was also driven by a desire to stand out in a competitive market: “As a digital bank with no branches, we have very few touch points with our customers. The card is our opportunity to put something beautiful and that represents the brand in our customers’ hands,” he says.

Like Monzo, Revolut and Transferwise, Starling’s card is one of its main marketing tools – so it makes sense to introduce something that will stand out from other cards. Banks have always used colour to differentiate their debit and credit cards from their rivals’, but it seems digital-only banks are taking this one step further.

Starling’s card addresses a major shift in the way we pay for things – and perhaps cards do need a redesign to reflect these tapping times. But for now, the one-sided redesign is more of a facelift than a complete rethink of the way we use cards. And if you still have to rotate to read it, does it really solve a problem?

The cards will be rolled out this week to all new customers and customers with existing horizontal cards can continue to use them until they expire.