Lucilla Barbieri and Fabrizio Coppi met at the Instituto Europeo di Design in Milan at the end of the 80s. Under the moniker of Coppi Barbieri, the pair have since grown to become some of the most respected commercial still-life and interior photographers in the Western market.

They have been commissioned on many occasions by Wallpaper* magazine, and have worked with clients including Apple, Cartier, Chanel, Fendi, Gucci and Louis Vuitton, Van Cleef & Arpels.

But before such success came along, Lucilla and Fabrizio had to learn their craft. They did so over the course of five years – 1992 to 1997. 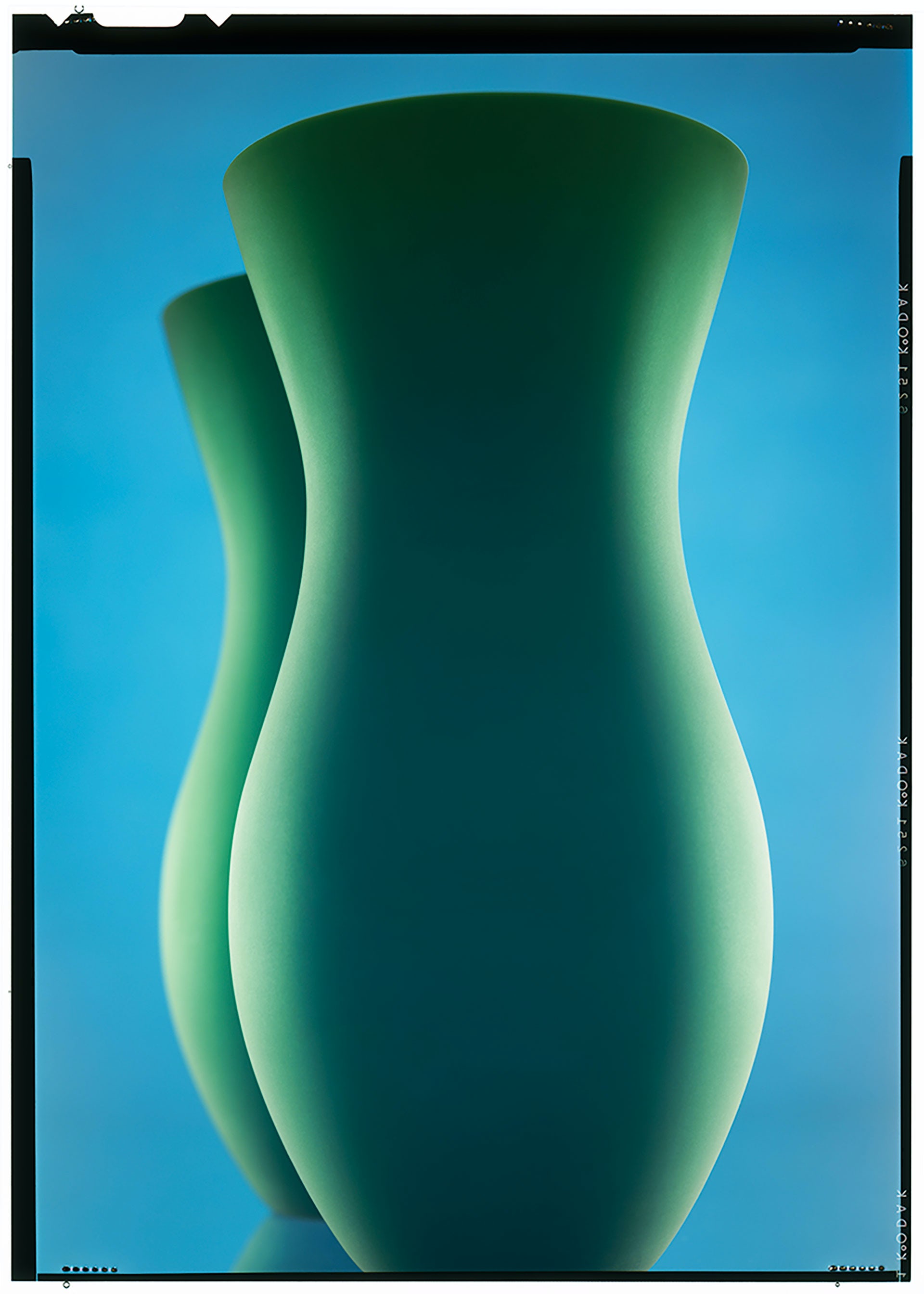 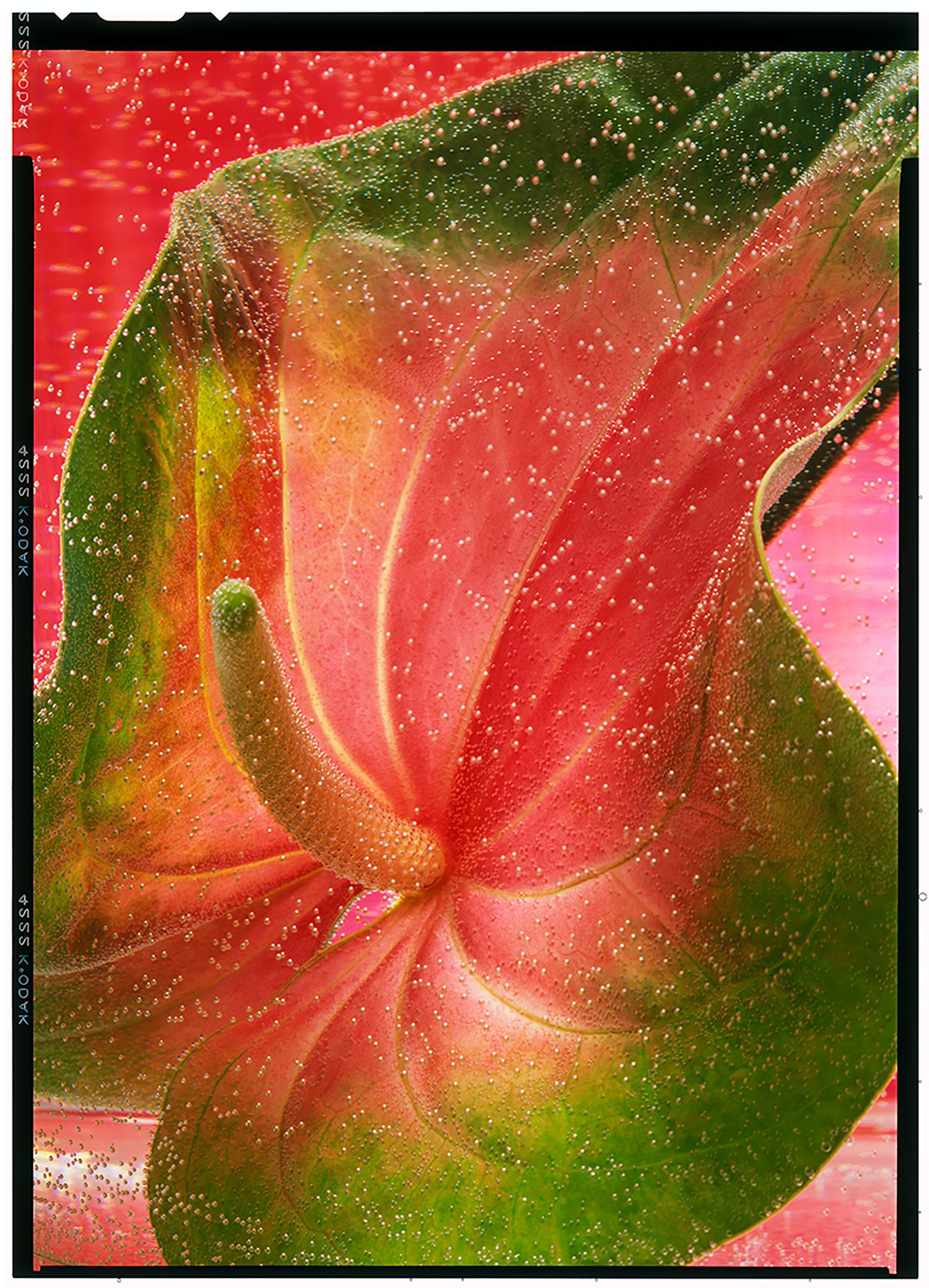 The photographs taken in these early years have now been collated in a large, beautifully published monograph, published by Damiani, and simply titled Early Works 1992-1997.

Their initial break came when they showed these early experiments to Vogue editor Franca Sozzani, and received a commission from Casa Vogue – they were tasked with shooting vases for the iconic magazine. The commission helped launch Coppi Barbieri as a force in editorial, advertising and interior circles, known for their ability to combine composition, colour and texture to elevate seemingly inanimate objects.

Writing in the introduction of the book, Paolo Roversi says: “Seemingly trivial and insignificant objects are revealed when portrayed – because they are indeed portraits – showing a wholly unsuspected appearance and soul.” 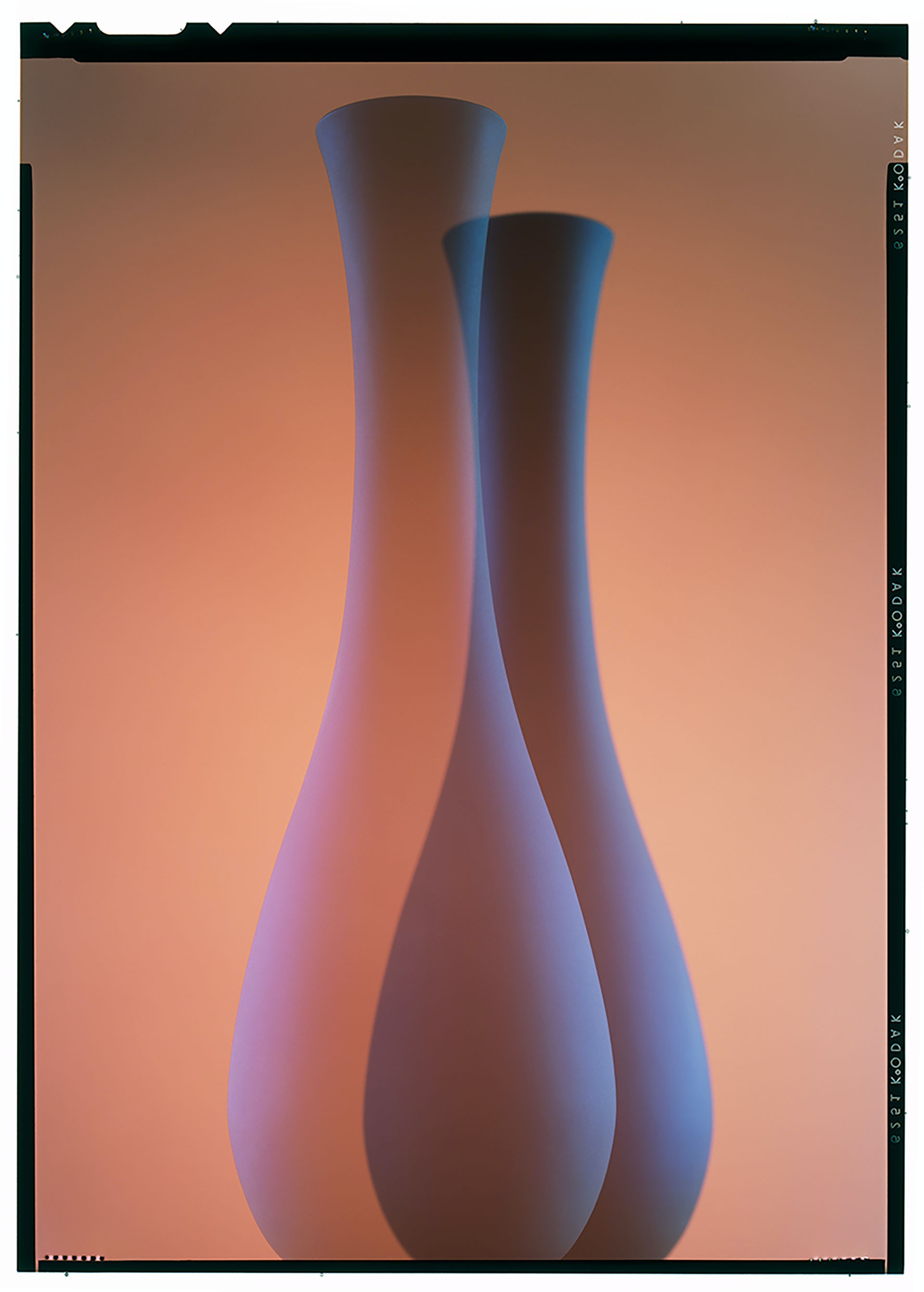 Recalling those early years, the pair tell Creative Review: “The work presented is our book is all personal, it was our portfolio as we formed the team Coppi Barbieri.

“We presented the work in London in 1996. It was a fun and exciting time – we started having appointments with the most regarded and talented art directors and creative directors; Gary and Paul Marshall, Dave Dye, Mark Reddy, Richard Flintham and Tiger Savage,” they say. “These amazing people were all connected and formed the most creative elite of London advertising business. They liked our work and soon commissions arrived.” 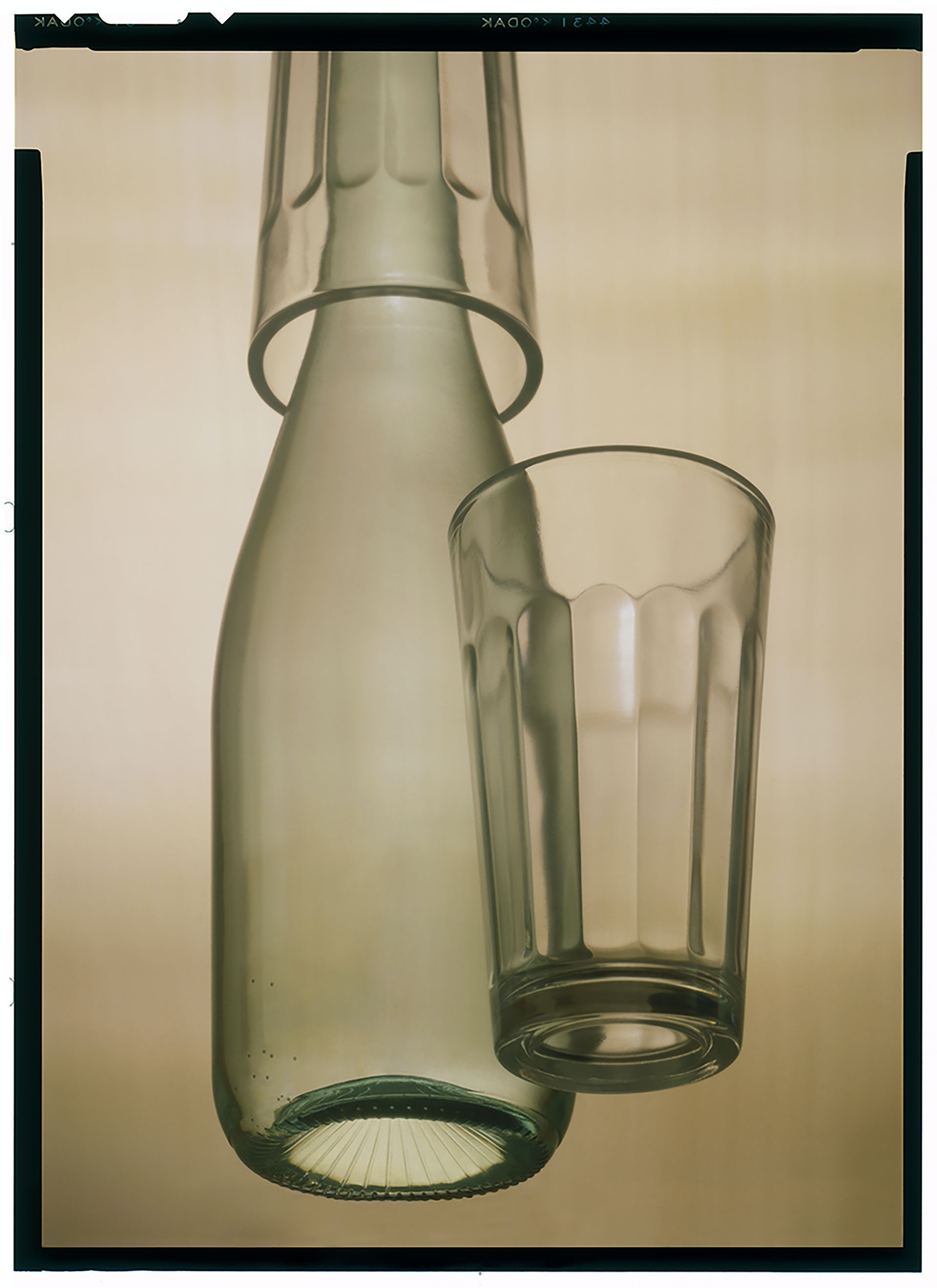 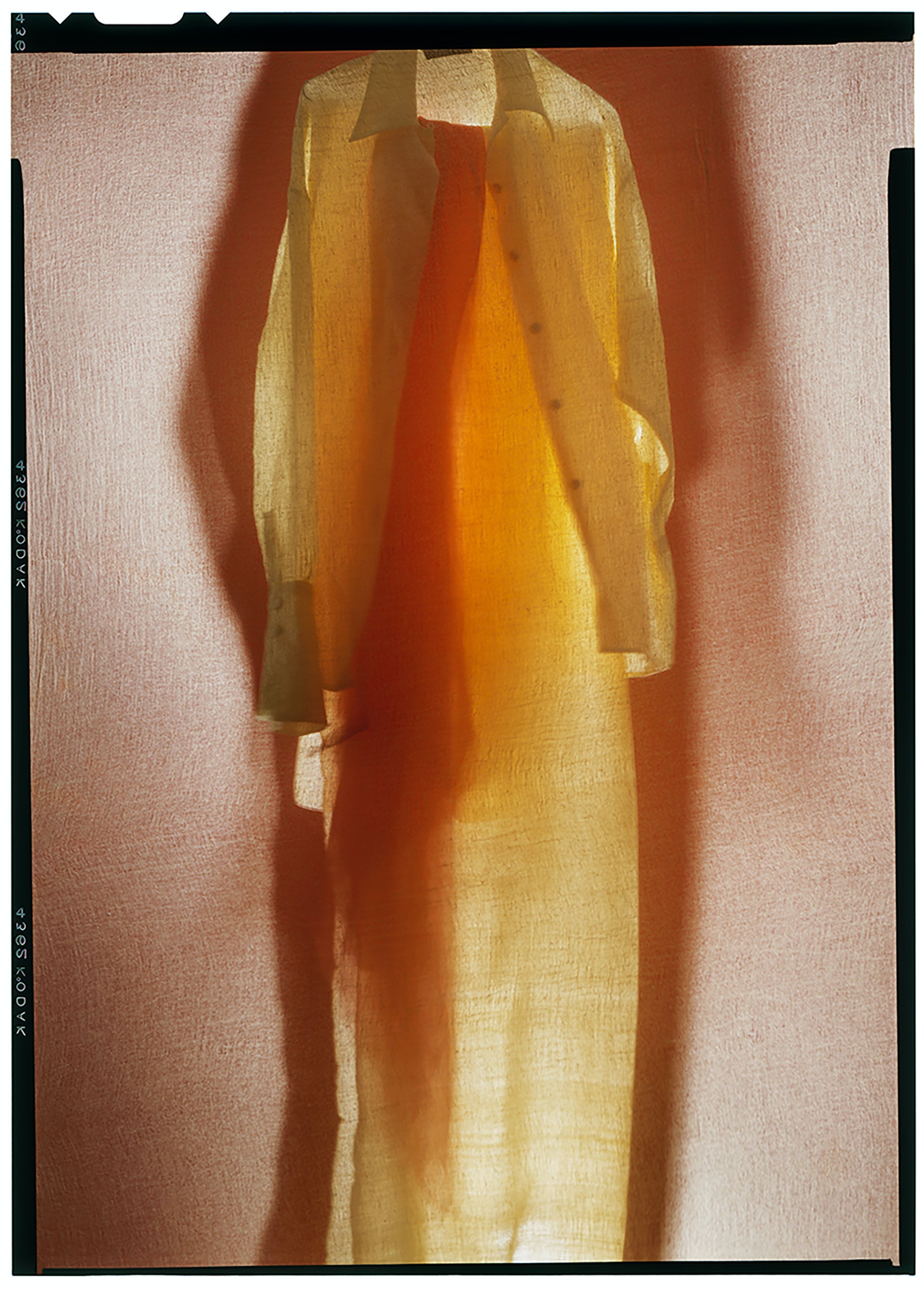 When they first met at college, the couple initally learnt to photograph together using a large format camera, before moving into a large Milanese apartment where they converted a spare room into a photography studio. They learnt to photograph with tungsten lighting placed to the left and right of the subject, and with a shaded area in the middle. They used transparent film, which allowed them to exert more control over the colour palette of the images.

They experimented at first by photographing flowers in plastic bags filled with water. “We became interested in the change of shapes and vortices that formed due to the swelling and the curves of bags that filled the water,” the pair write in an introduction to their new photography book. “The colours of the flowers disintegrated and amalgamated, creating silhouettes like abstract brushstrokes.”

They moved on to common, household objects. They focused on capturing glassware, caught using powder-covered filter hung over the lens of the camera, and metallic cookware – cake tins and pudding moulds, with the tungsten spotlight trained on their matte grey-blue surfaces.

“Sometimes we could spend the whole day photographing intensely,” the pair say. “There was little contact with the outside world.” 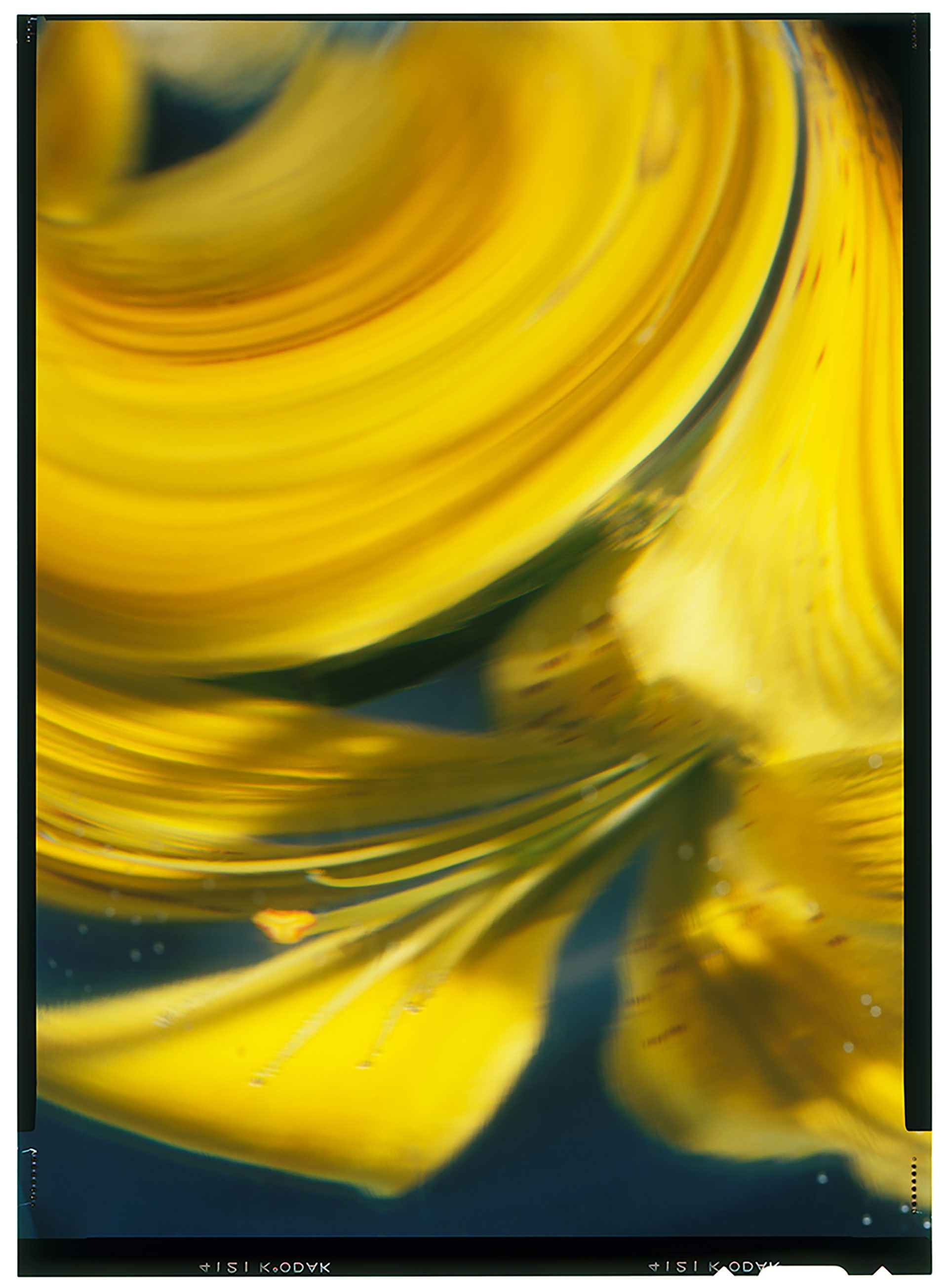 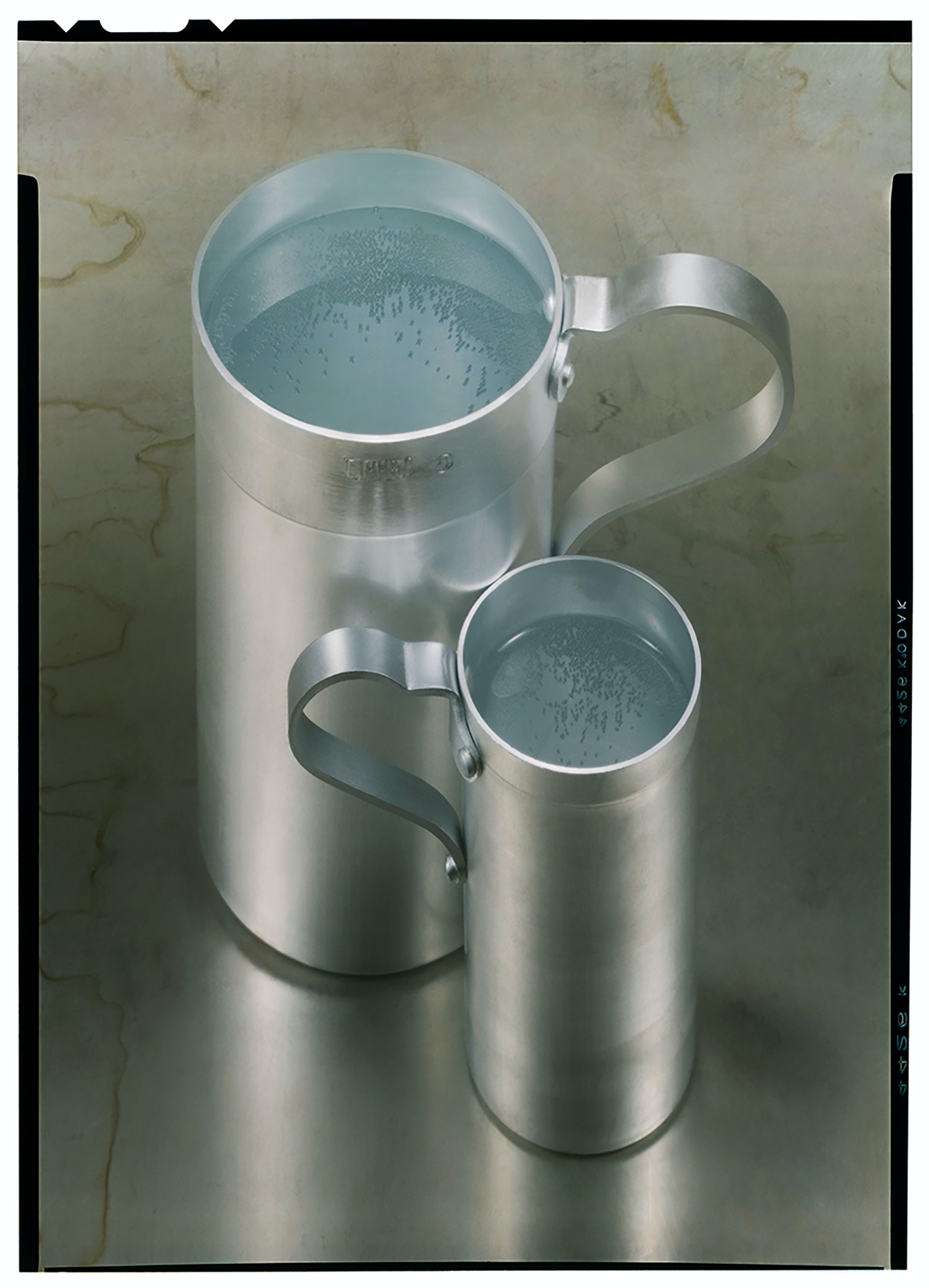 The commissions they received, the pair note, granted them comparably more creative and editorial control than would be possible today. “There was curiosity for novelty. People loved to see new original work,” they say. “Of course there were briefs, but a lot of the components of the creativity in terms of set design, compositions, and lighting were left to us. We had the freedom to bring in our vision.

“It is different now. People seem to be looking for a photographer who has already shot some similar work to the given brief. There are precise photographic layouts, whereas in the 90s a layout would often be hand-sketched.” 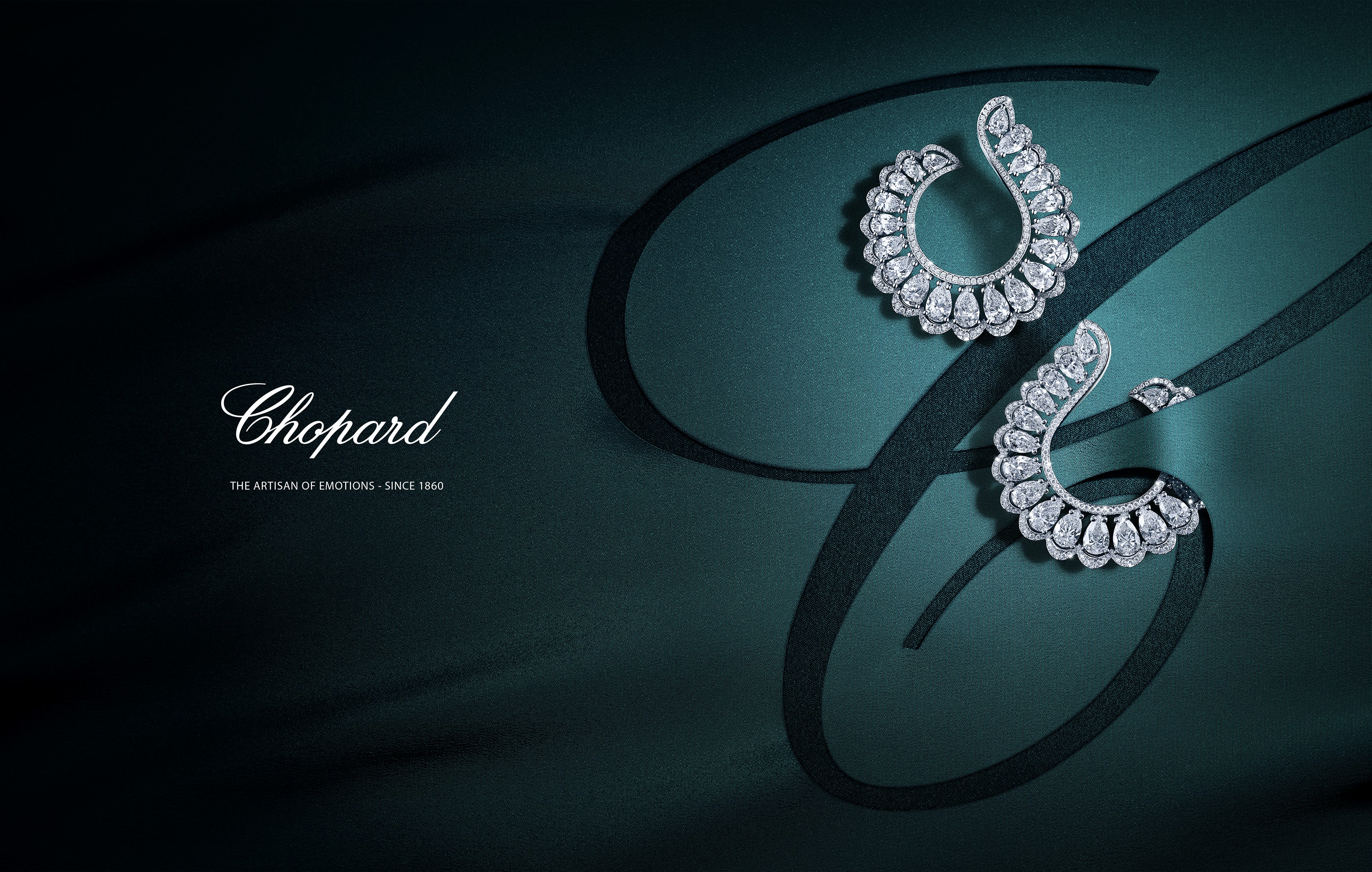 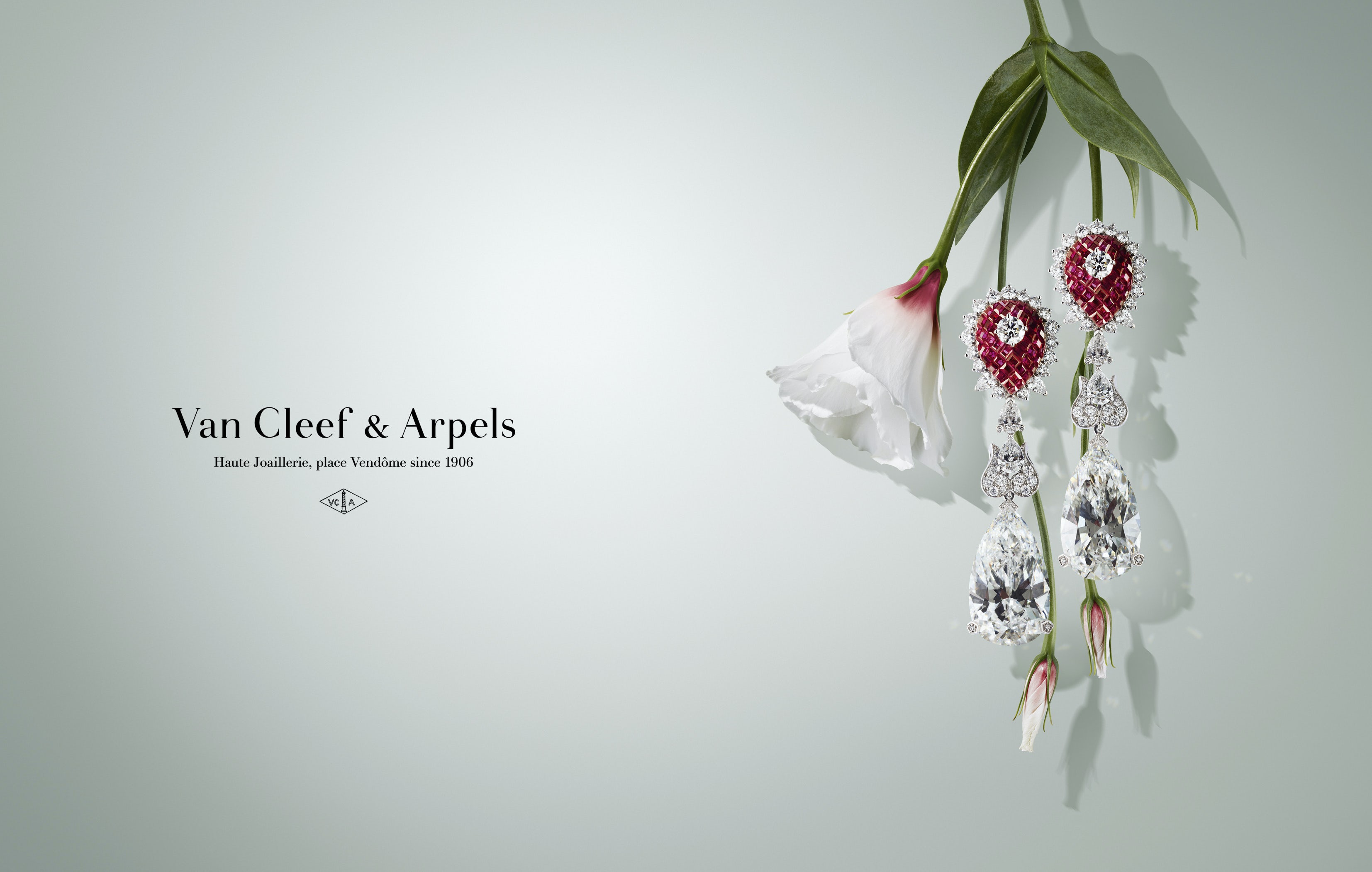 In that time, Coppi Barbieri have began to use digital cameras, rather than the large format mechanisms they mastered as youths. “The digital revolution also has played a big factor in changing the way we work on set,” they say. “Today we see the images appearing on screen immediately and whoever is the studio will see them.”

It’s a technological development they feel ambivalent about. “There is less privacy and you have to handle comments before you have time to think about what to adjust,” they say.

“The process is more practical and quicker and you tend to produce more work. But today the atmosphere on our shoots is very different from the intimate mood of our early ones. Like then, we still like to work quietly with only the people directly involved in the photographic process.” 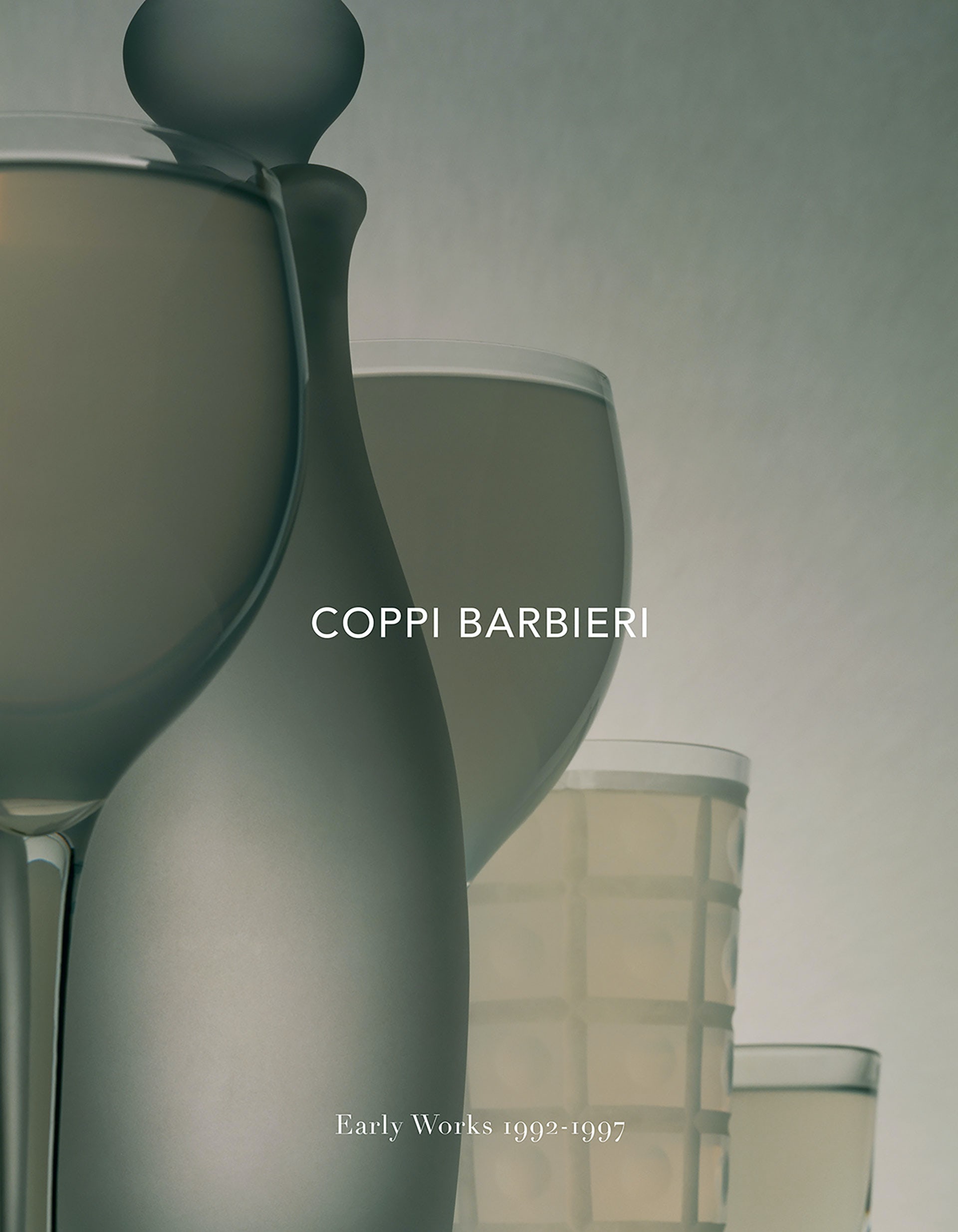 “For a photographer starting today, it is easier to show their work through social media as they did not exist in the 90s,” they say. “It is also easier to source inspiration and find out who is doing what.

“But today clients are more involved than before and have more control over the images. A photographer has perhaps less opportunities to express his own vision and we reckon it is more and more important for photographers to produce original personal work to convey their point of view.”

With that in mind, Coppi Barbieri are a good example of photographers who have found an attractive signature early in their careers, and used that as a calling card for a diverse client-base. Anyone interested in still-life and interior photography, take heed.