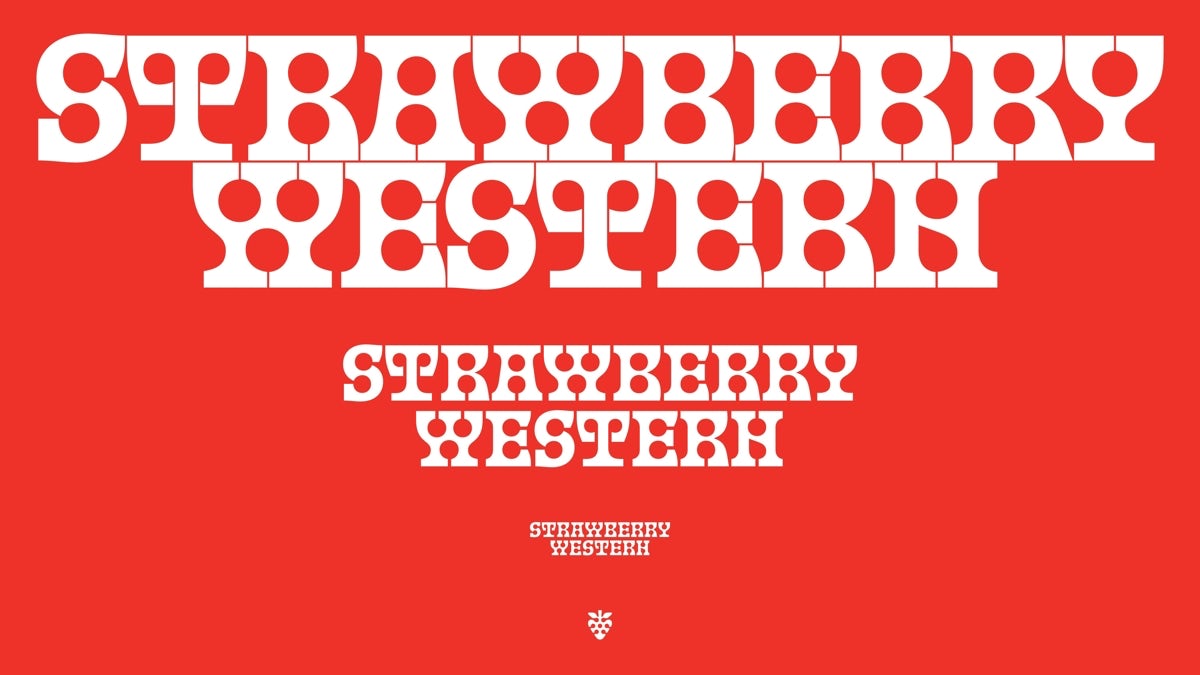 Ryan Bugden, a co-founder of R&M, led the type and graphic design for the project, creating the Strawberry Western wordmark in Latin and Katakana. There’s three optical sizes, ensuring it works when used in display environments, as well as in small details – for example, leather debossing.

Strawberry Western is a new fashion label that describes itself as “anti-waste”. It was set up by New Yorker Kisa Sky Shiga, and focuses on handmade and one-of-a-kind pieces created using unwanted clothes and post-consumer waste and scraps. The brand appears to be in the early stages, with garments for sale in some stores in New York, but the Strawberry Western website is yet to launch. 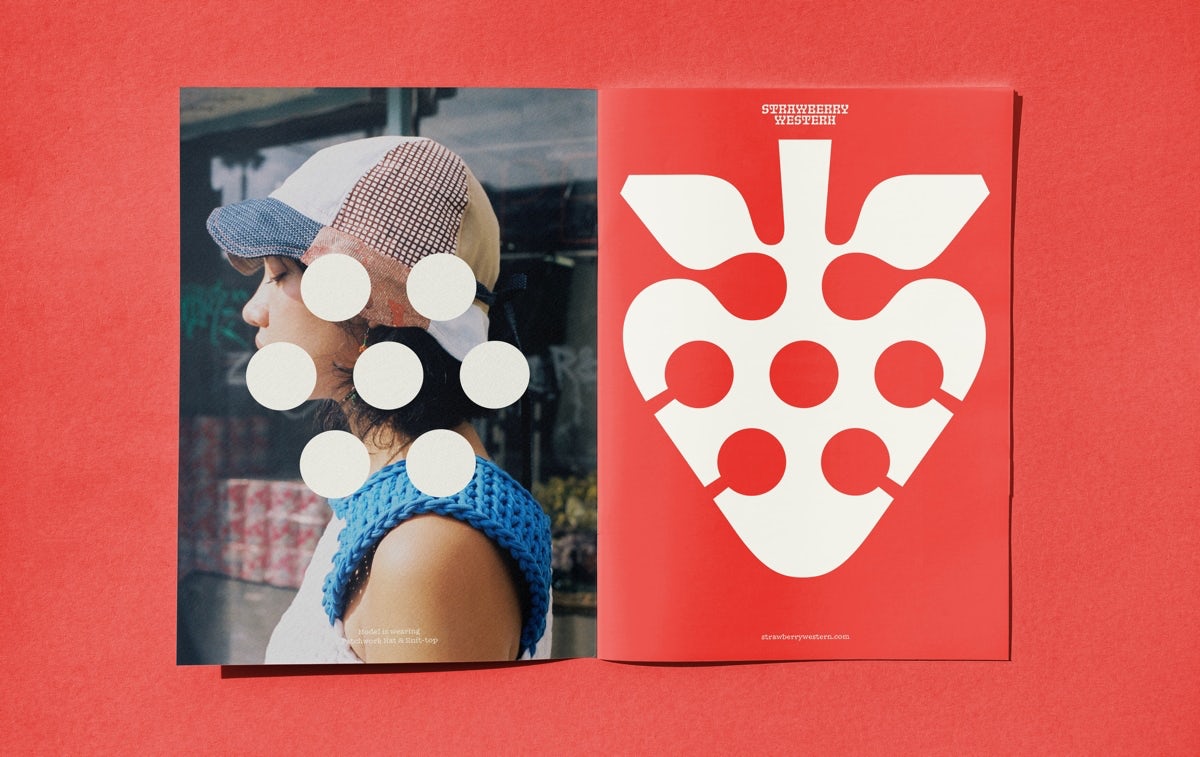 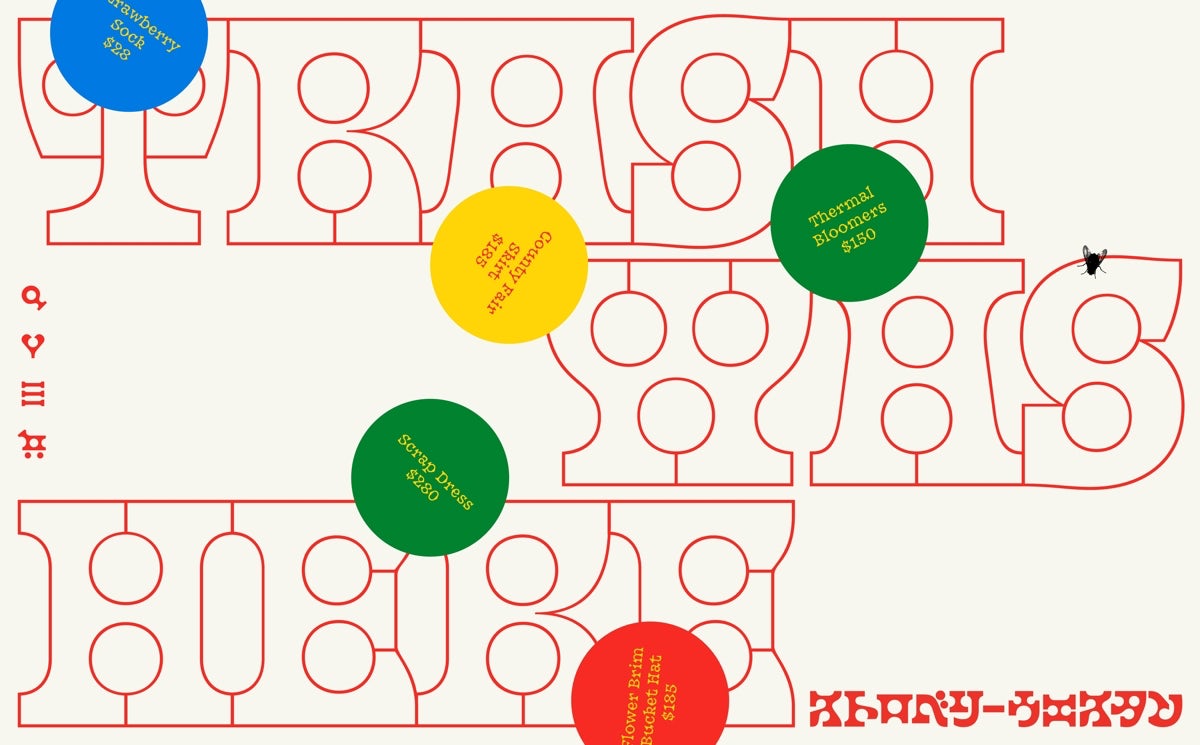 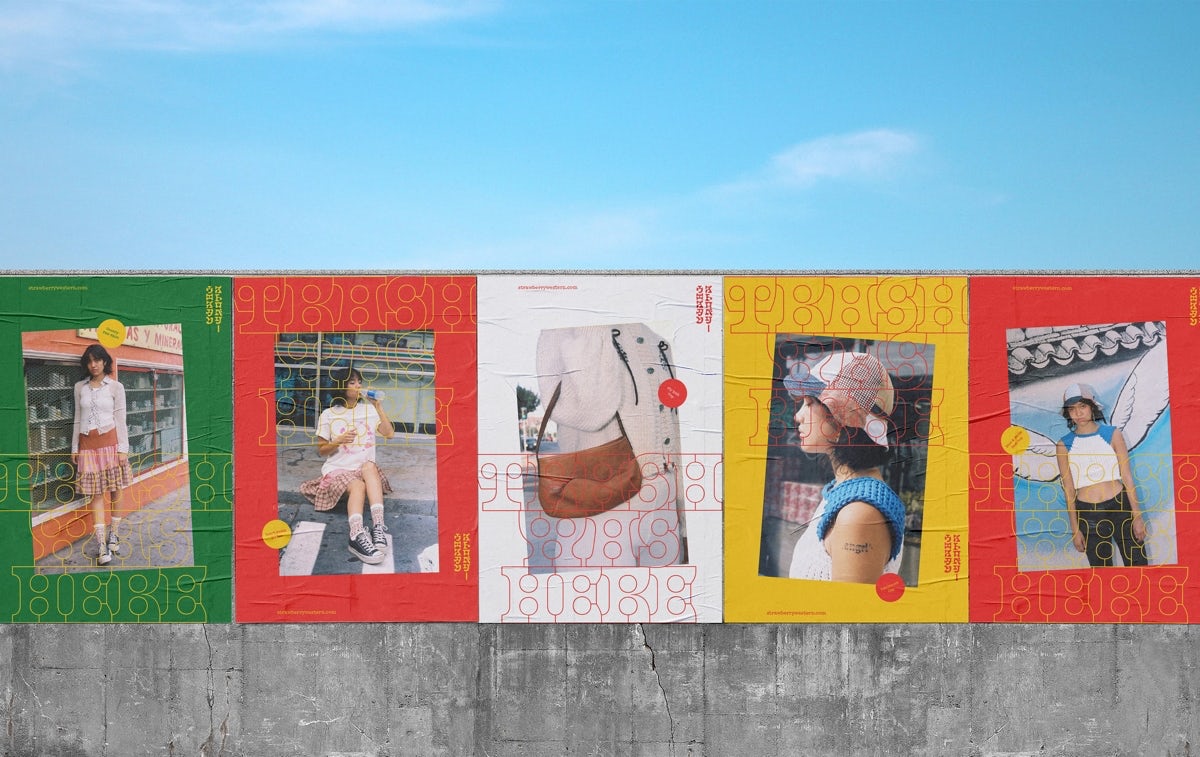 “The identity fuses the eclectic essence of Harajuku streetwear with kitsch Americana,” says Bugden. As well as creating the wordmark, he’s designed an accompanying serif typeface that he says “stays true to circles, resulting in grotesque forms” and “weird body text”. The circle motif appears throughout Strawberry Western’s branding, echoing the punchhole-esque shapes of the wordmark’s counters.

“Japanese identity design has a formidable history in rationalised geometry,” explains the designer. “I took inspiration from many classic Japanese wordmarks and twisted the logic to fit the Strawberry Western vibe.” 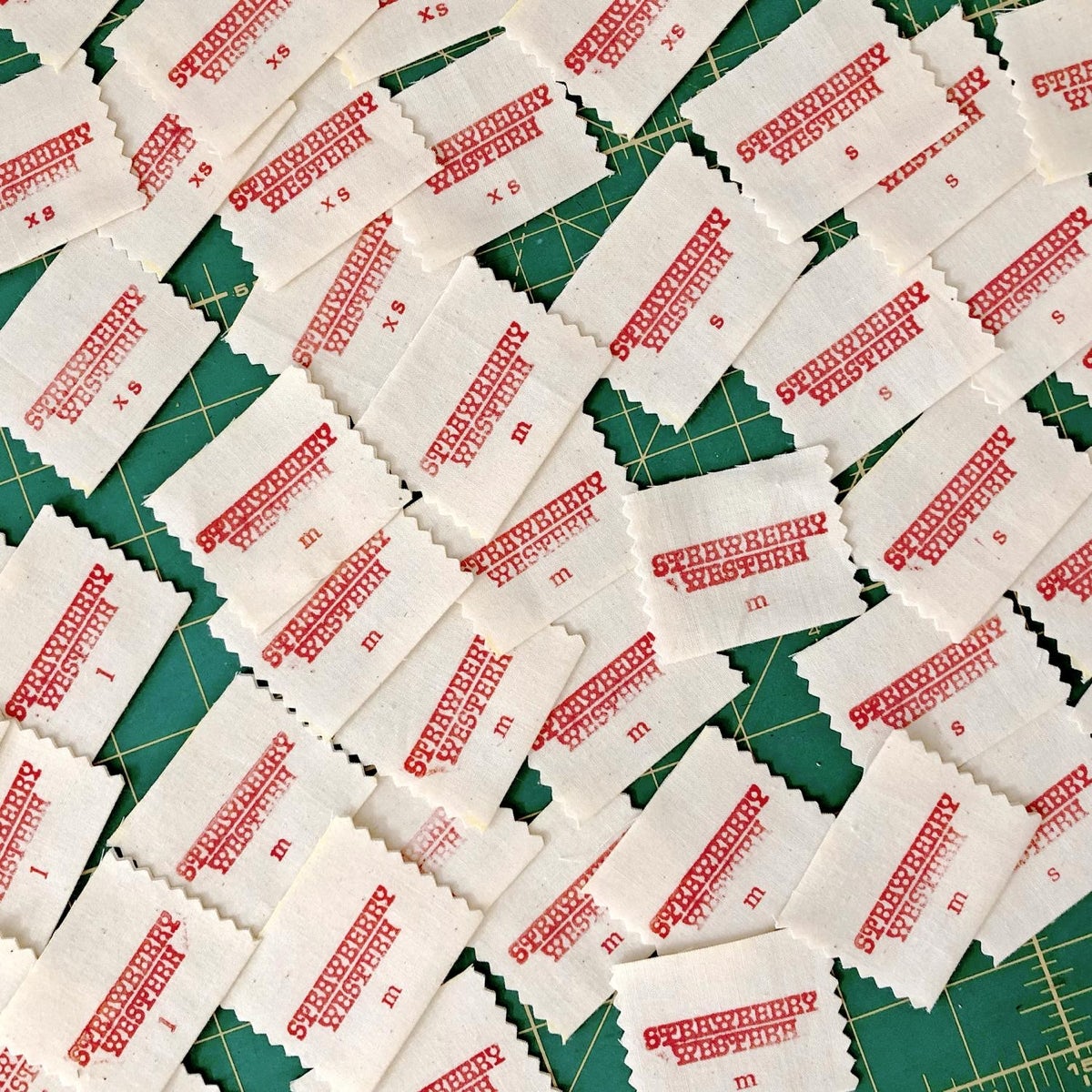 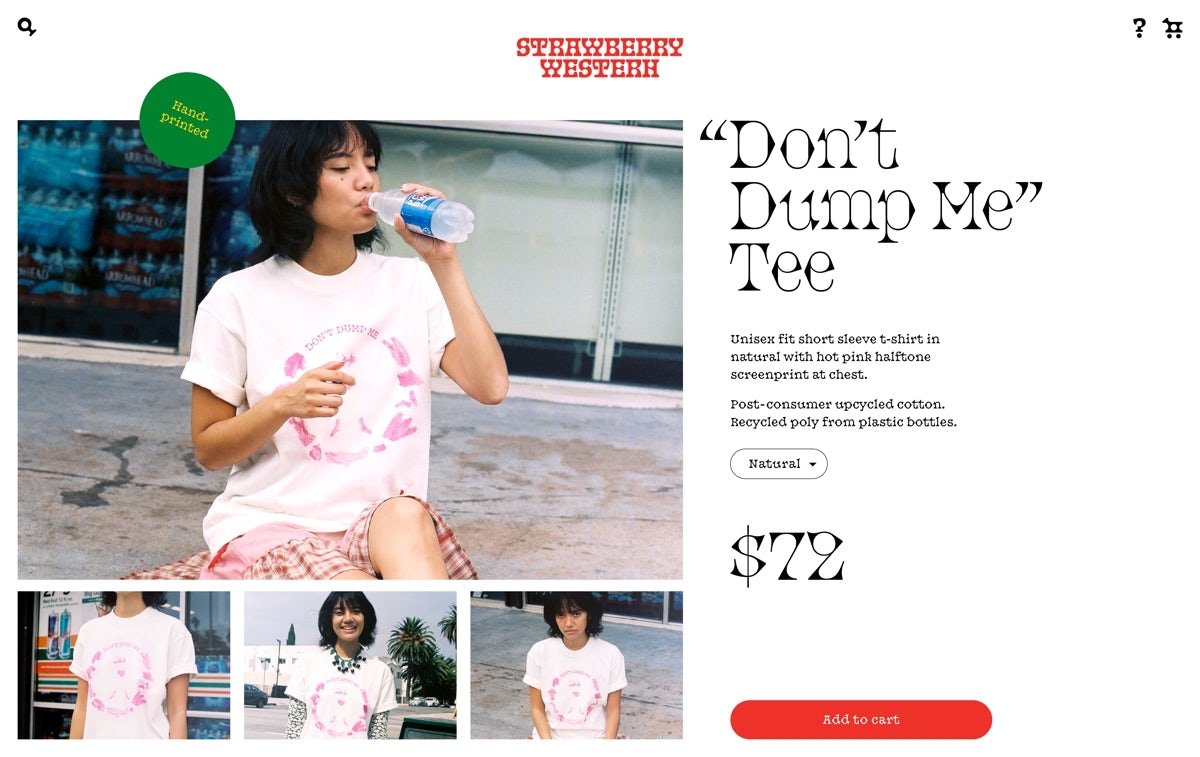 The designer has also had some fun creating the label’s mascot – a fly, which he says is a nod to the “once-trash that Kisa upcycles”.