Beautifully Simple, as an exhibition, was never supposed to happen. Initially, we wanted to celebrate the fact that Studio Makgill is ten years old, perhaps in the form of a book championing our approach and work. But the more I thought about it, the less I liked that idea. In fact, I couldn’t think of anything worse – for me or anyone else – than being invited to a show all about us.

If anything, I was much more interested in sharing a way of making that has been with me from long before I began to think about being a designer.

I grew up in an artist’s home. My mother is a painter and would often draw musicians, dancers and singers at theatres in London. I remember as a child wondering at the pace with which she worked, and at the beautiful simplicity of the outcome.

Everything exhibited in Beautifully Simple has had the same effect on me as those pen-and-ink drawings had all those years ago. They are not minimalist, and they don’t hold to a particular aesthetic. They are works so reduced to their functions as to feel absolutely right. Not one actually tries to be beautiful or different or timeless, but they are all these things by virtue of their makers adhering to a strict set of restrictions, either self-imposed or circumstantial – or in some cases, a bit of both.

In numerical homage to the birthday party we never had, there are ten exhibits at Beautifully Simple. I like that they include a plate of food and a film. After all, the beautifully simple comes in many forms. 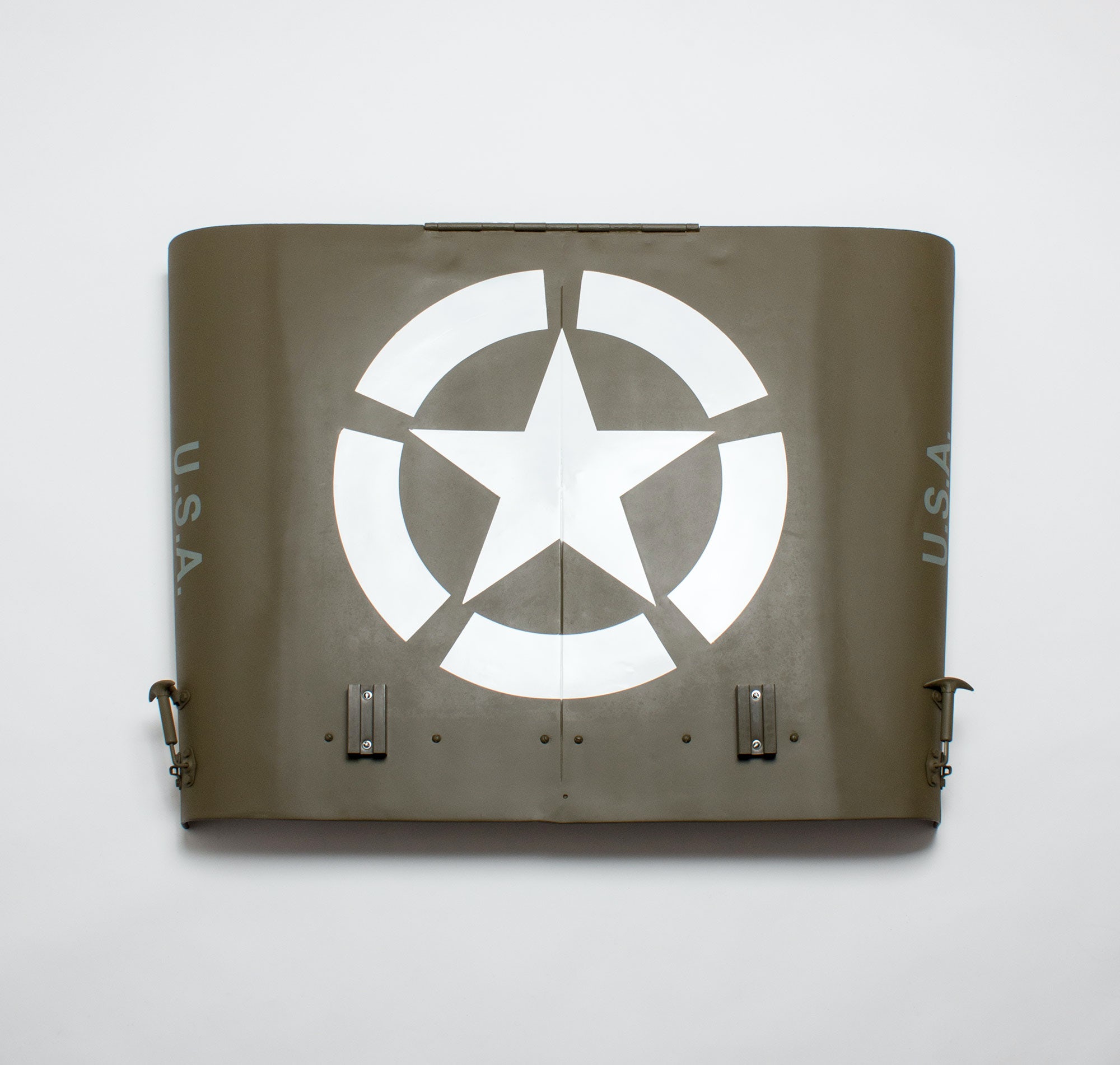 However, the story of its making more than compensates for the disappointment. The context of its brief being imminent war, it was taken on by Bantam Car Company, who subbed the design out to Karl Probst, who had blueprints and costs ready in five days. The prototype was delivered 44 days later. Made of just enough essential parts, and so quickly as to defy all expectations, it’s everything this exhibition’s about.

We were lucky to get the opportunity to chat with Grant Gee about how he made No Surprises. It took a year to have the idea and just a day to make it real. That year was spent immersing himself in Radiohead and OK Computer, the album. The day’s shoot resulted in two takes and eight minutes of film.

I love this, the length of time it took to have the idea versus the length of time it took to make. It’s almost as if Gee needed that long to fully understand the band and have an idea uncomplicated enough to capture the most complex of emotions. The restrictions Gee places on himself and on Thom Yorke are brutal. The result is a music video that still feels like the future of music-video making. 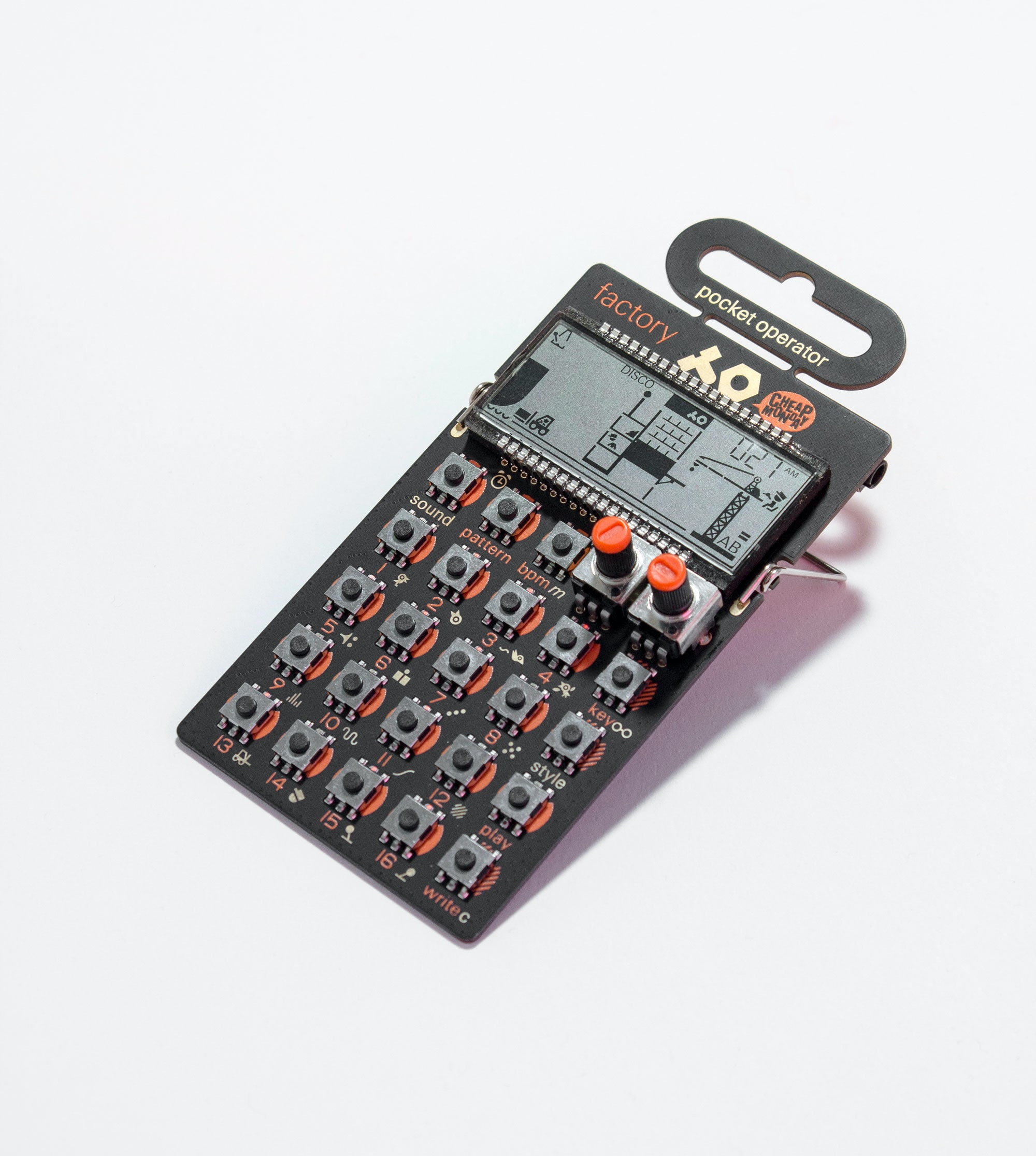 There are now a number of generations of the Pocket Operator. The one we’re featuring is the first-generation PO12. It’s a high-quality synthesiser that fits in your pocket and will set you back less than it costs me to take the rush-hour train to London. The decision to leave the case off and make the circuit board the interface was a cost cutting exercise – as was the decision to engineer it using readily available technologies.

The result is the opposite of a minimalist design, which will always hide its (often specially made) inner workings. Guts on display, it looks like a prototype, but it’s not a prototype. It’s the finished article, and a brand new aesthetic to boot. 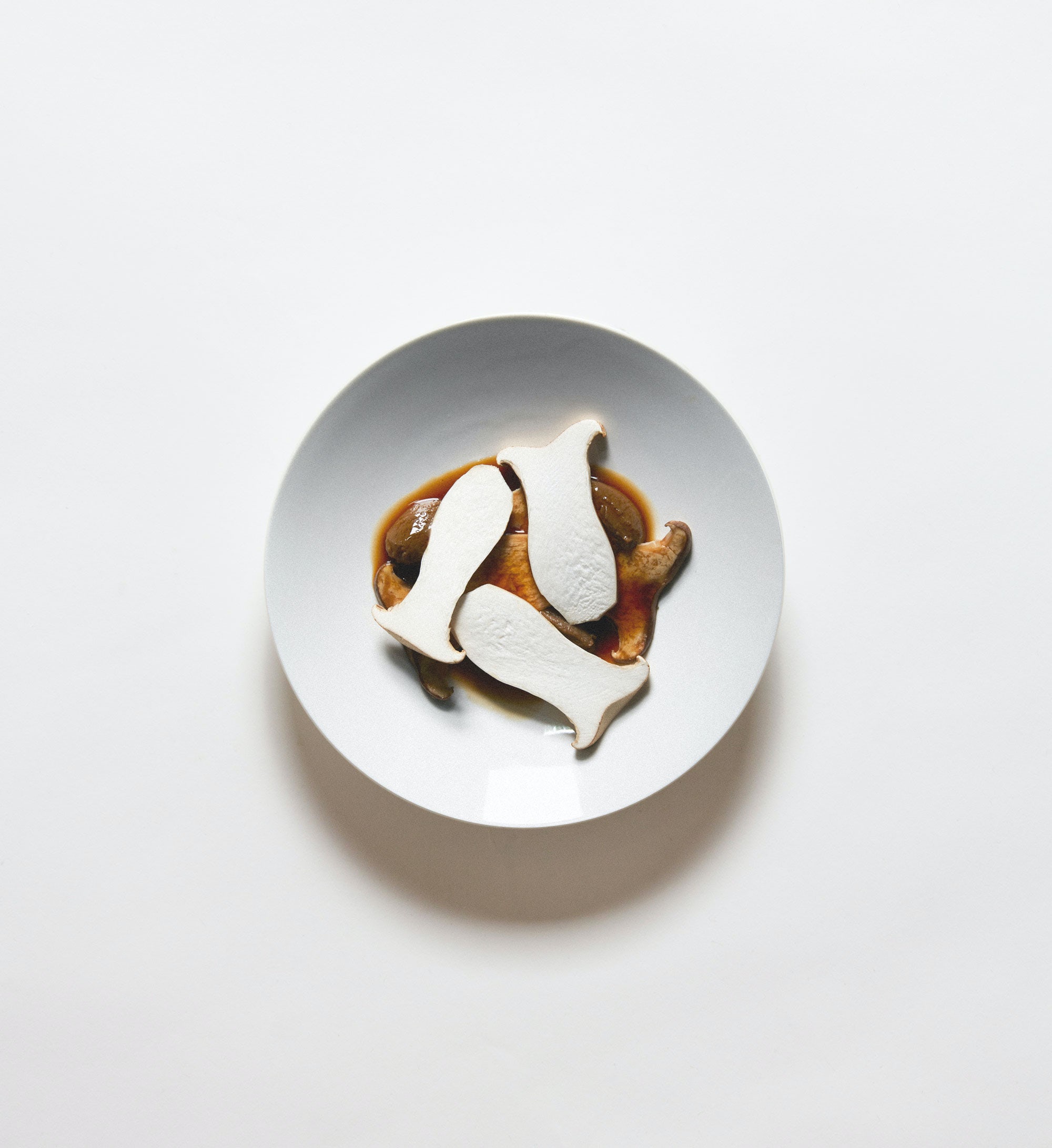 Doug McMaster started Silo in Brighton. It’s the world’s first zero-waste restaurant, and a two-minute walk from Studio Makgill. It’s here that McMaster invented a mushroom dish consisting only of mushrooms. It’s the same dish now on the menu at Cub (another McMaster start-up), where it looks to have found its spiritual home.

Prepared in the smallest kitchen in London, and made of several layers of king oyster mushroom, Shrooms on Shrooms demonstrates on one plate the infinite versatility of a single ingredient that could just as easily have been grown in the restaurant’s backyard. This is good design, and for the good of more than just us. I find it endlessly inspiring. 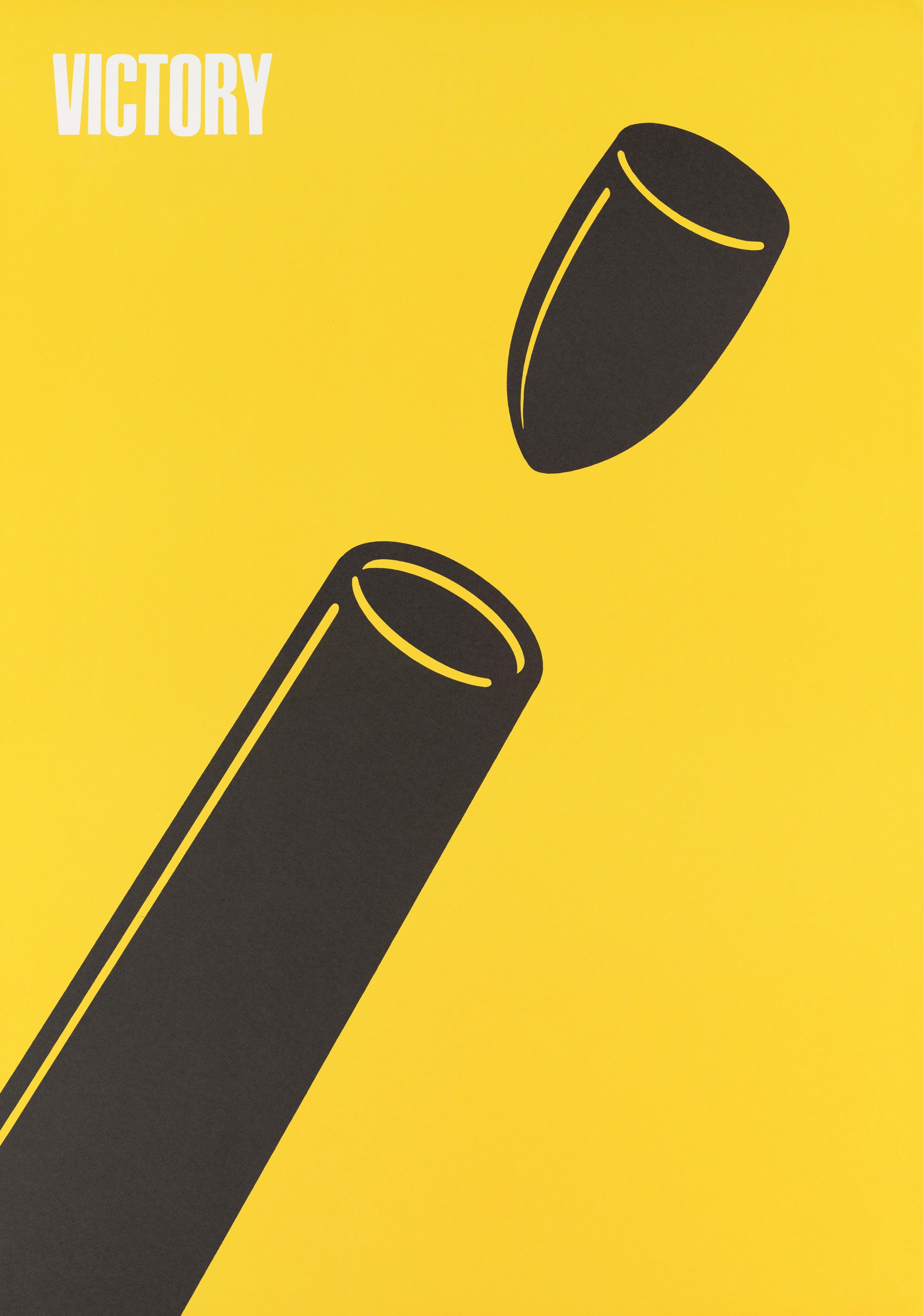 If ever there were a perfect piece of graphic design, then Shigeo Fukuda’s Victory is it. Using all the tools of a wartime propaganda poster, he makes a single change, and turns everything on its head. I love how instantly clever it is, how effortlessly it subverts the message. It makes me smile and, at the same time, I am left in no doubt as to the ridiculousness of war, win or lose. There is nothing here that I would either add or subtract. It is design, as we say in the exhibition notes, at its evolutionary endpoint. It’s perfect.