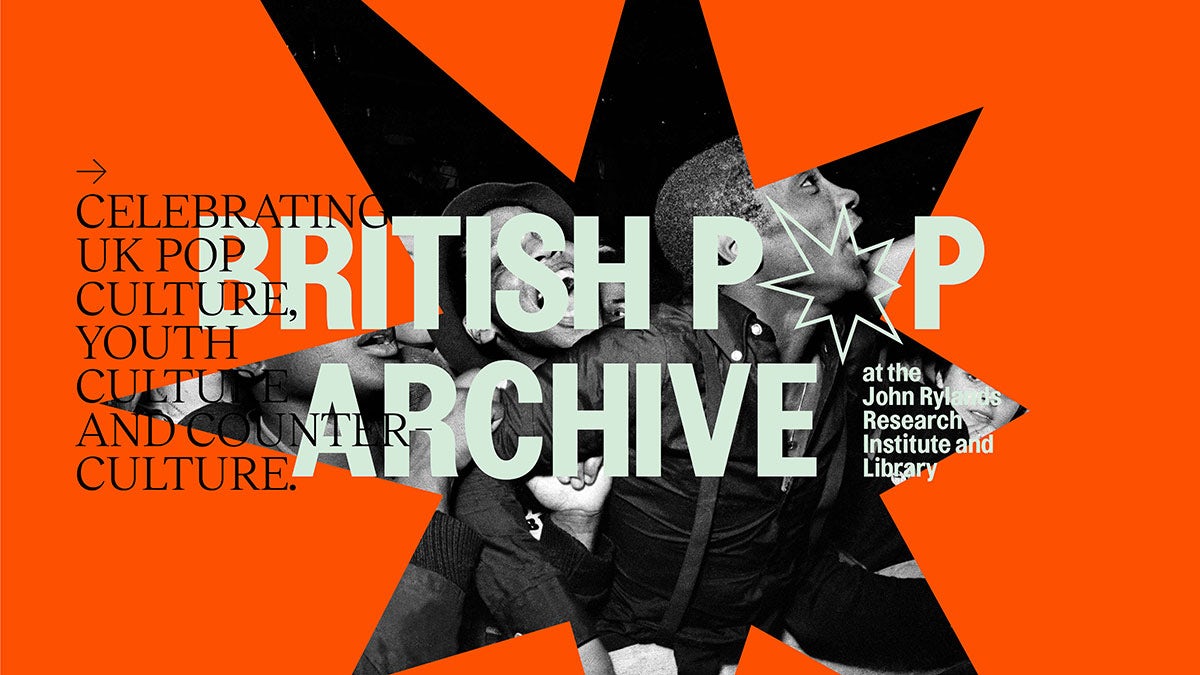 Located at the John Rylands Research Institute and Library at the University of Manchester, the British Pop Archive (BPA) collection, which opens to the public in May, is home to everything from handwritten lyrics by Joy Division’s Ian Curtis and Factory Records artwork by Peter Saville, through to the Granada Television archive.

It’s a new focus for the library, which holds other major cultural documents such as the Gutenberg Bible and Shakespeare’s First Folio. 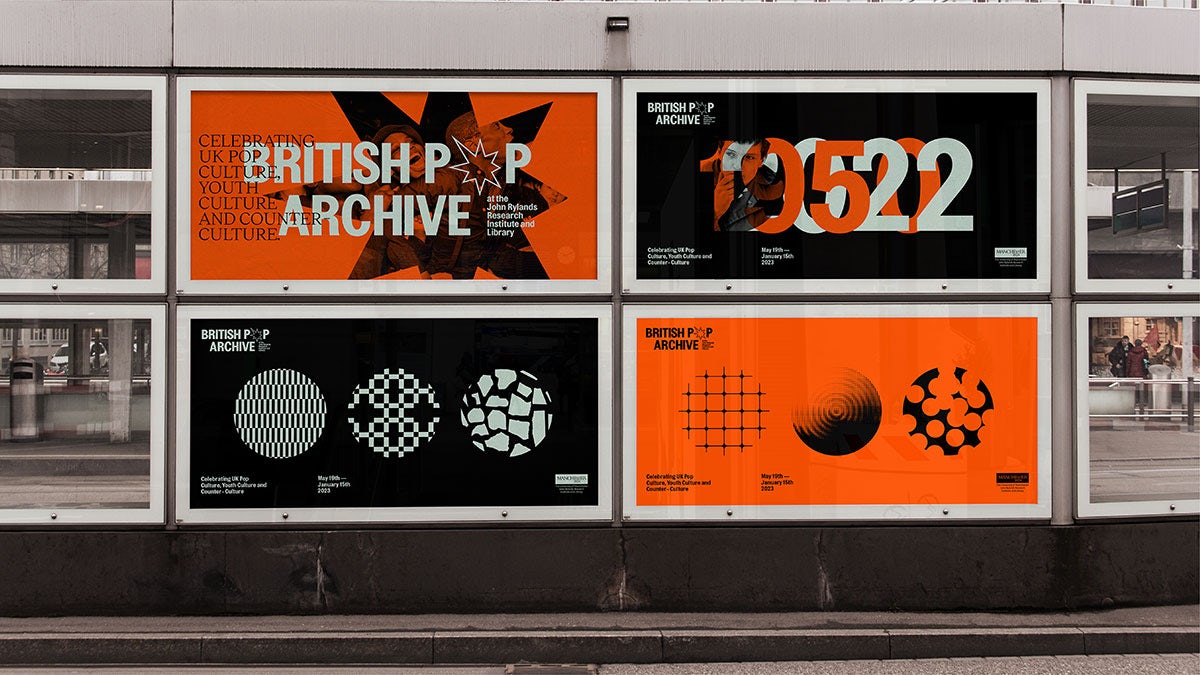 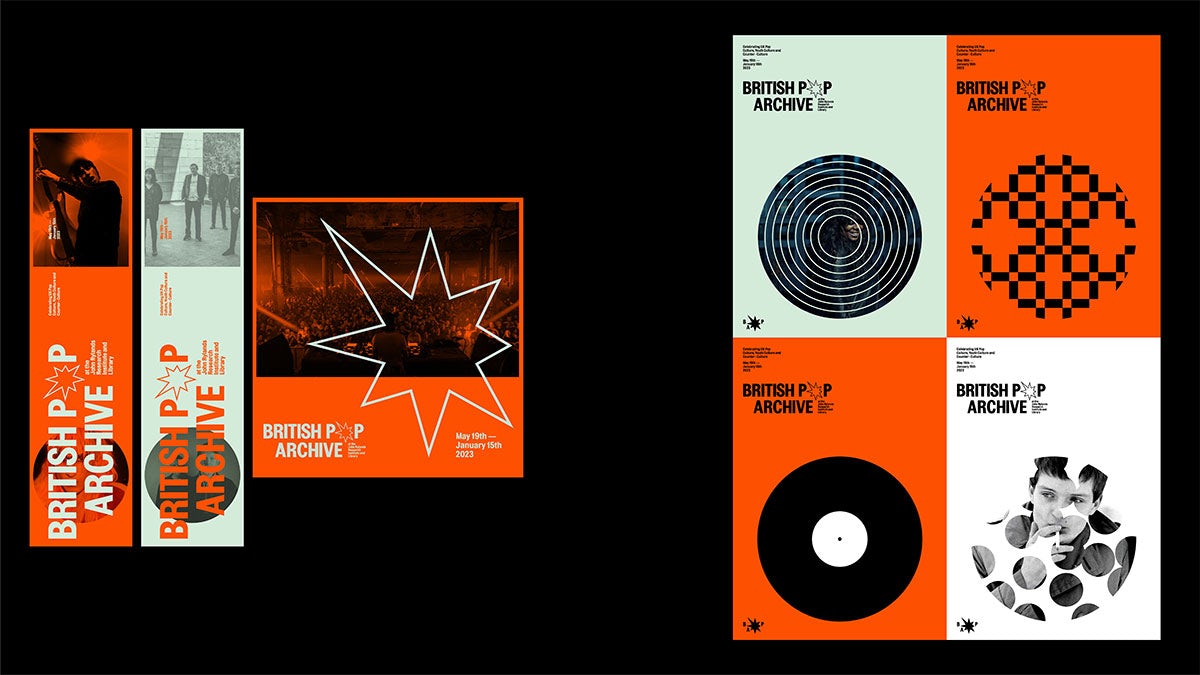 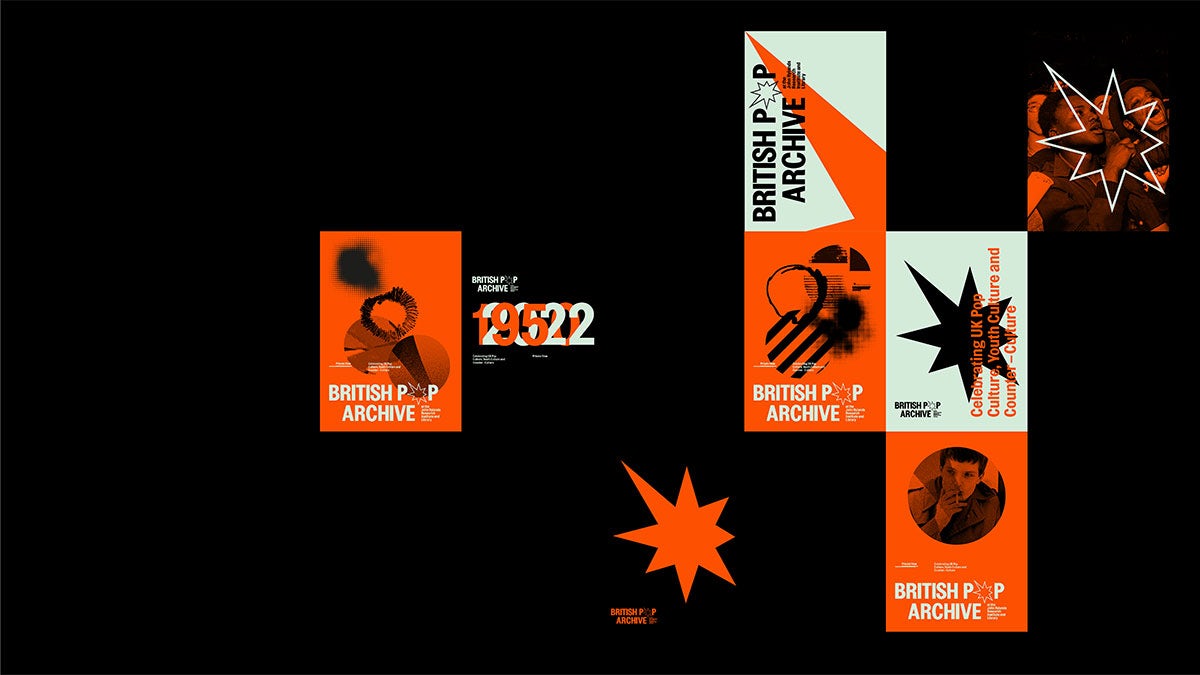 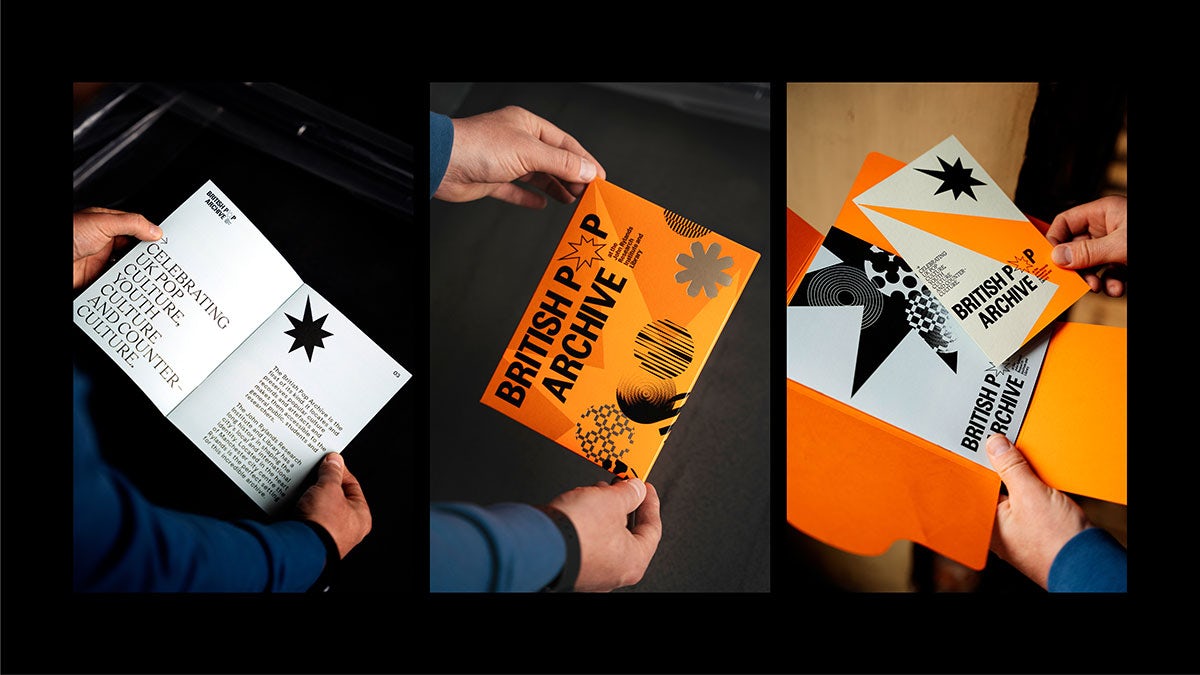 Studio DBD’s branding references the archive’s Manchester location, with its spiky symbol designed as a new interpretation of the compass – pointing towards the north west of England. Dave Sedgewick, studio founder, describes it as “an instantly recognisable graphic icon which represented the expression of the project in the simplest form possible”.

As well as the main symbol, Sedgwick has designed a set of circular graphics, each reflecting an era from the 1950s onwards, and directly inspired by some of the archive’s album covers and printed material. An authoritative sans serif typeface, and a striking black and orange colour scheme, complete the launch branding. 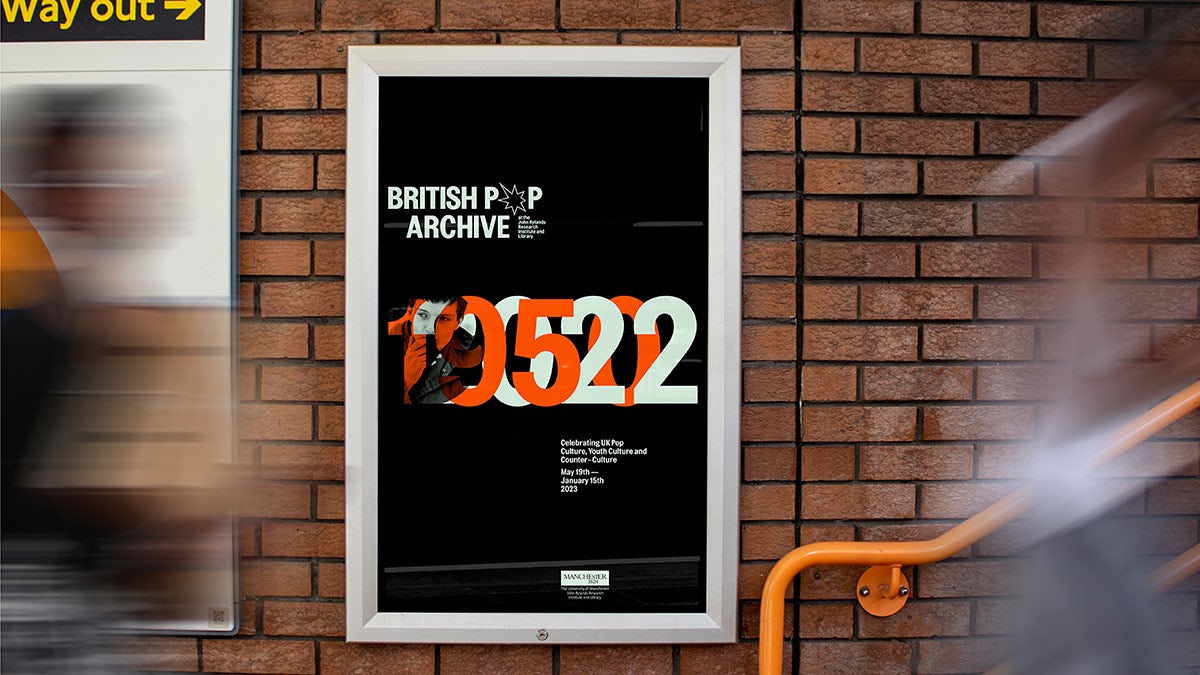 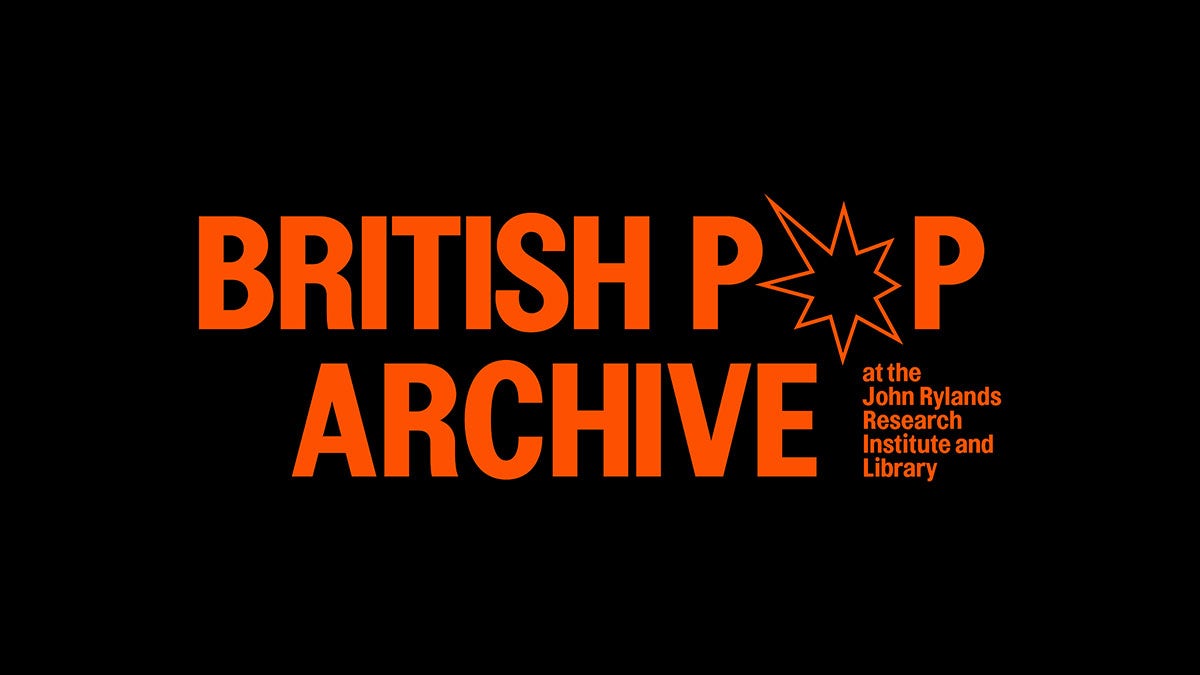 The BPA officially opens on 19 May, with an exhibition focused on Manchester’s contribution to British pop history.