The posters are the latest in a long running series of ads from McDonald’s that have taken a simple, minimalist approach, making clever visual use of its iconic branding or its products to send a message to its audience.

In this set of images, one half of the golden arches logo is shown beaming into homes, with the simple statement ‘We Deliver’ below. The houses featured include a range of architectural styles from modern tower blocks to a Victorian terraced house. 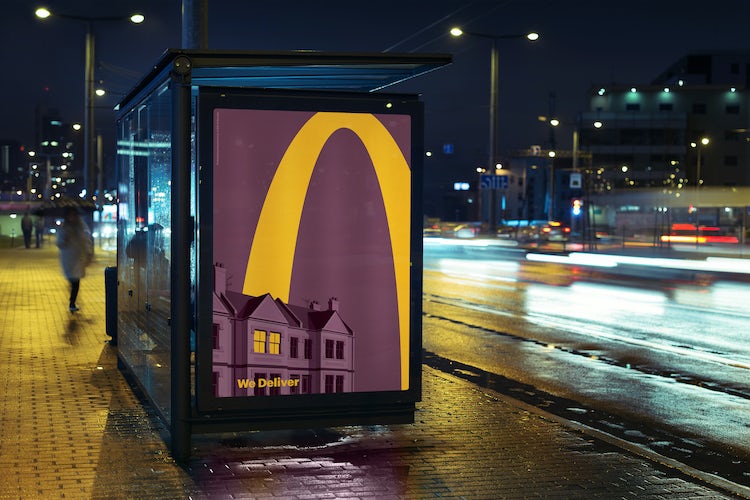 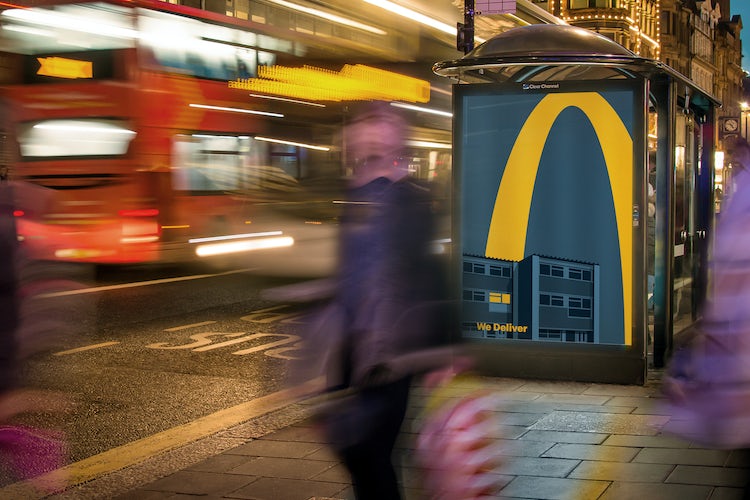 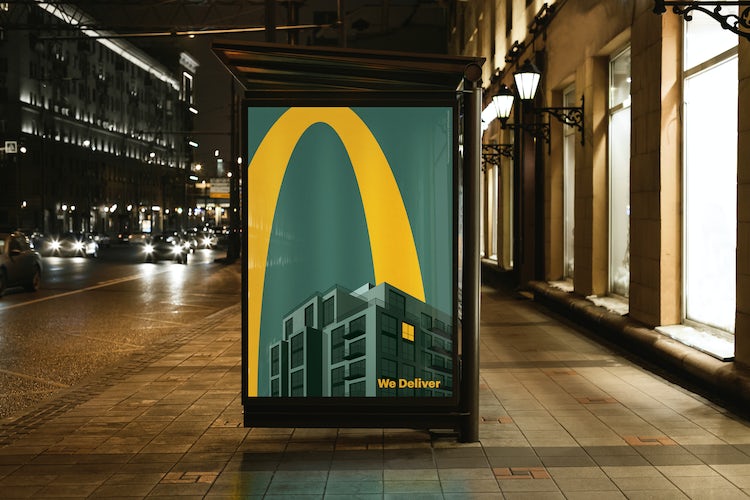 Created by Leo Burnett London, the posters follow last year’s UK campaign, which focused on words to describe items on the McDonald’s menu, and an enigmatic campaign for McDelivery in France (created by TBWA\Paris) which featured cityscapes shot through rain-soaked windows.

The new campaign appears the week that a rebrand of McDonald’s’ packaging was released, which also uses a simple, illustrative approach. Both the rebrand and these minimalist ads reveal a confidence in just how well known its branding is to both its regular customers and the wider world, and that McDonald’s is not afraid to use these assets in a powerful and striking way.