In 2015, Carpenter – who runs brand studio Carpenter Collective together with his wife – found he was having a difficult time. Unsure whether he could attribute it to the “24/7 scrolling culture”, career burnout, or “the current toxic America”, he couldn’t help but question his creative output.

“As a human, I was feeling overwhelmed, anxious, depressed, off, all of the emotional catchphrases you can think of, insert them here,” he remembers. “All was going great, yet I was not feeling like myself and I didn’t know why exactly.”

After an especially long week, one Sunday morning Carpenter says he couldn’t get to sleep and went to his studio to watch the sun come up. He started thinking about all the times, as a child, he was sent off to go and play – whether colouring in, building a fort or reading a book – and decided to designate a specific time each week to “just play”. 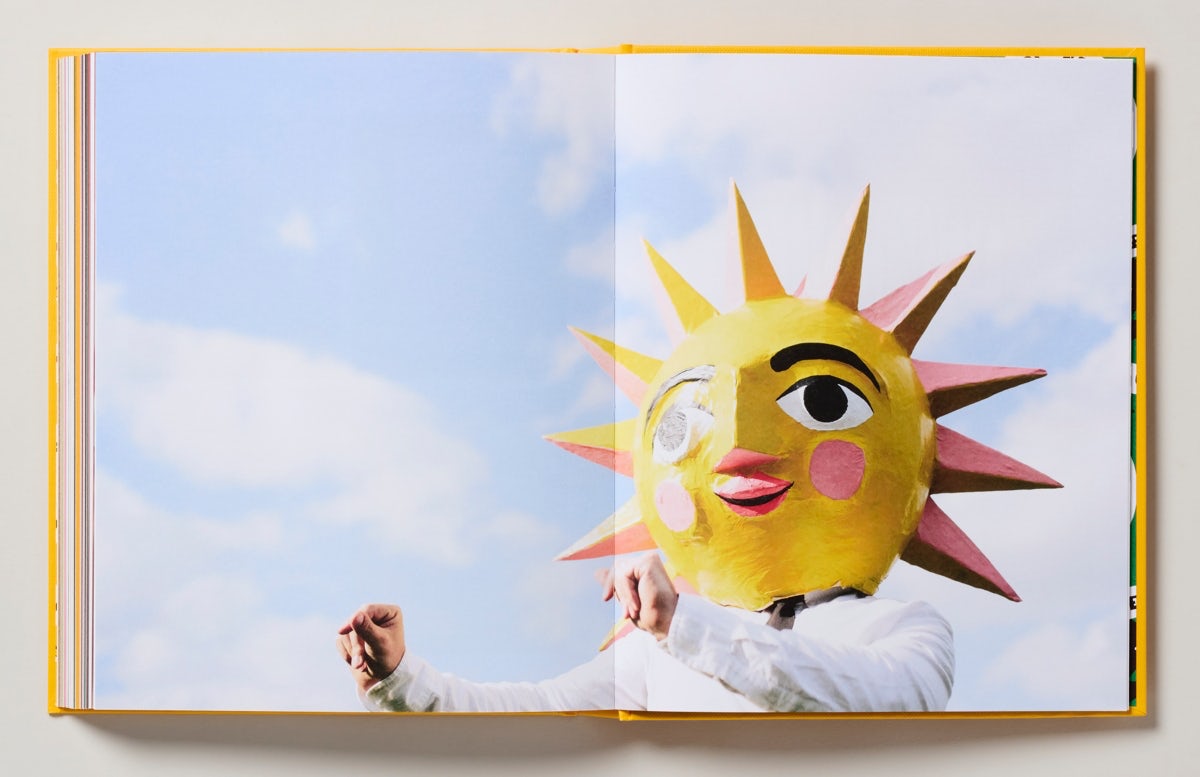 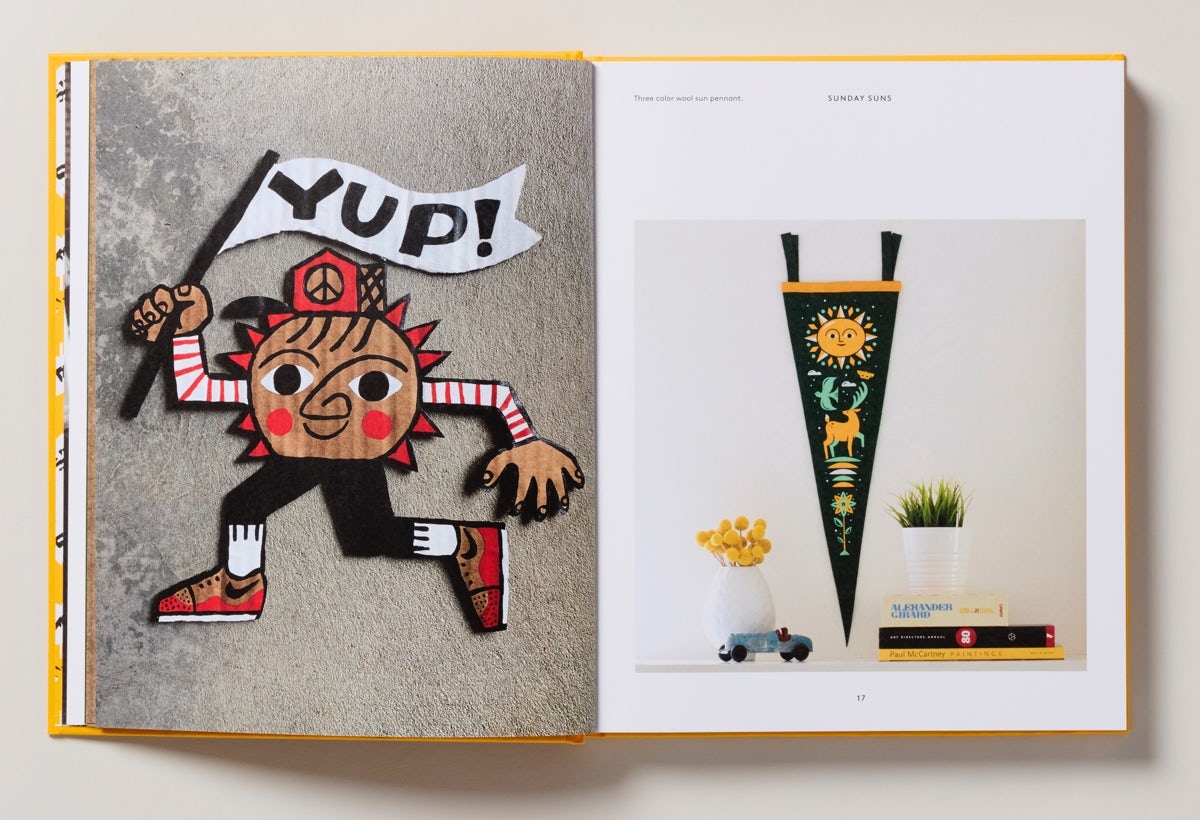 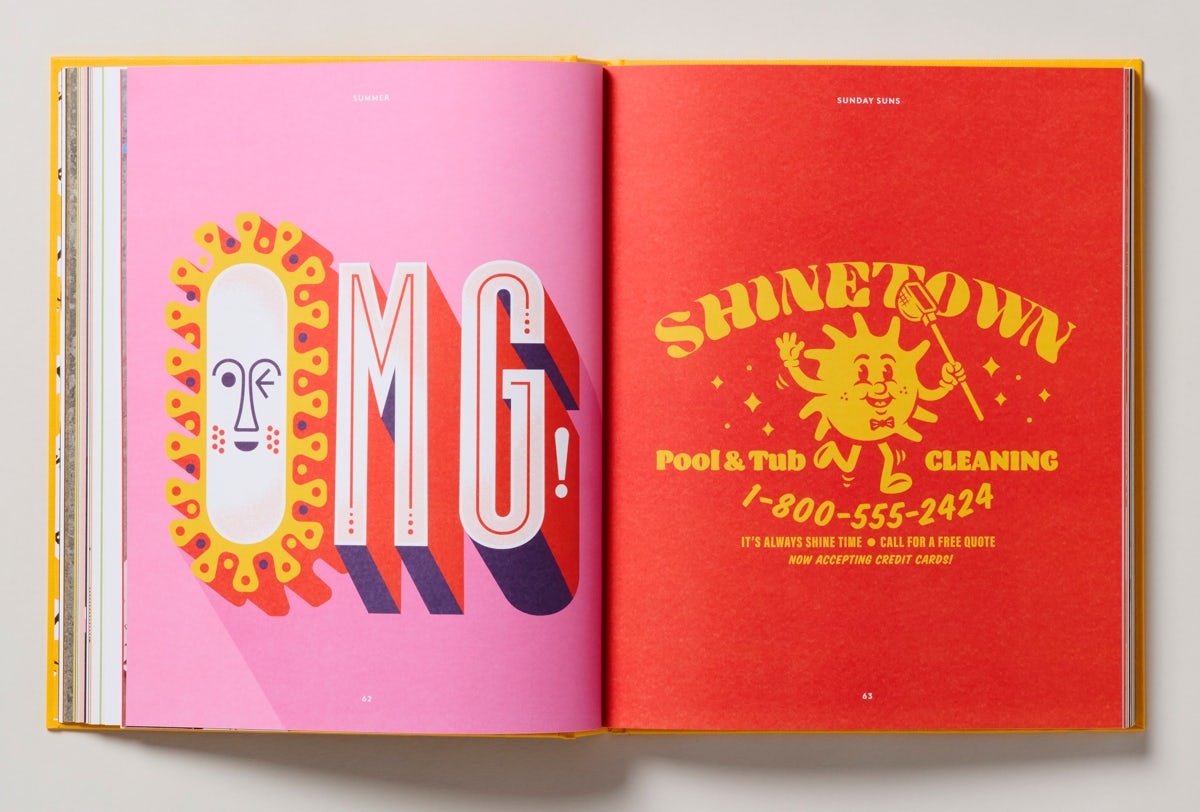 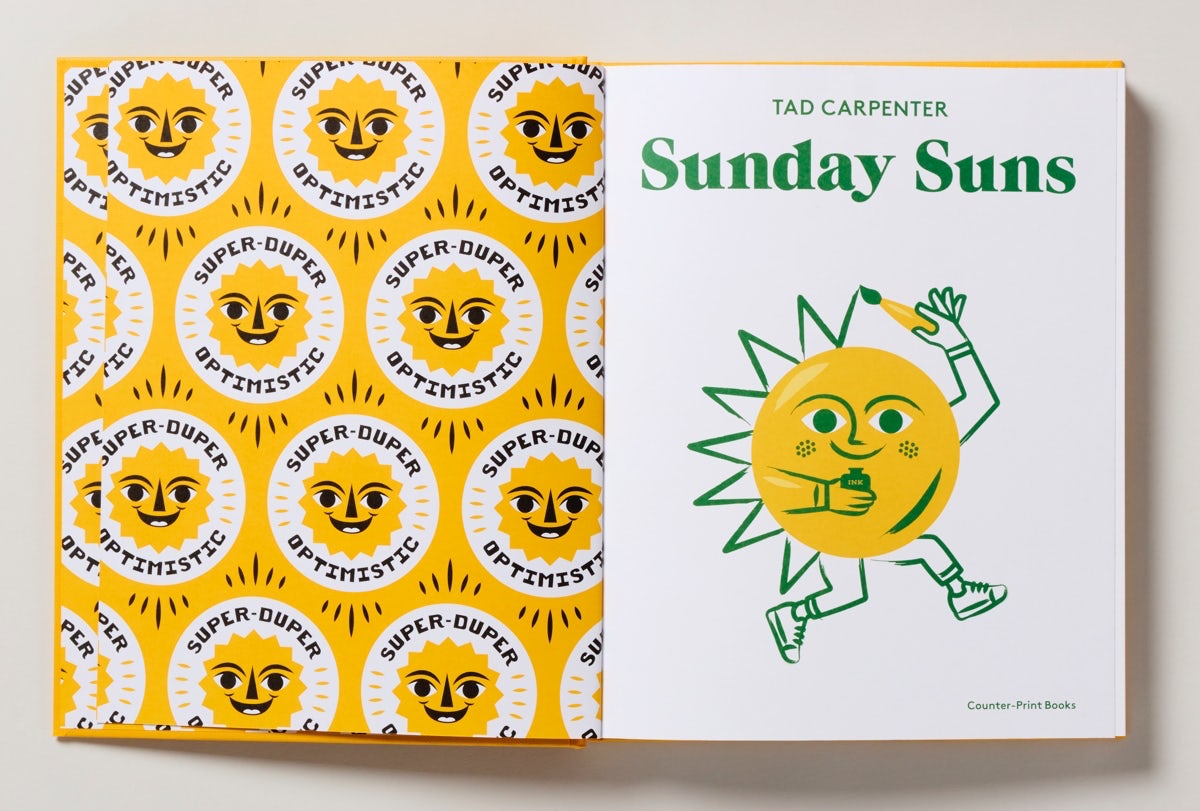 He knew he needed some kind of structure, and after deciding to take the sun as a recurring motif for the project has since designed dozens of different kinds – from stitched pennants and papier maché helmets, to typographic expressions and hand-drawn illustrations.

Sunday Suns, which is published by Counter-Print, brings together his efforts, placing them alongside essays written by Carpenter exploring his thoughts on creativity and life as a designer.

“This project has given me some powerful rewards by carving out time to create a simple sun for a couple of hours each week,” he says. “It has given me permission to reflect on my feelings. It has become a vehicle to express myself and the environment around me. It has become a great way to experiment with styles which has led to new and different types of work. 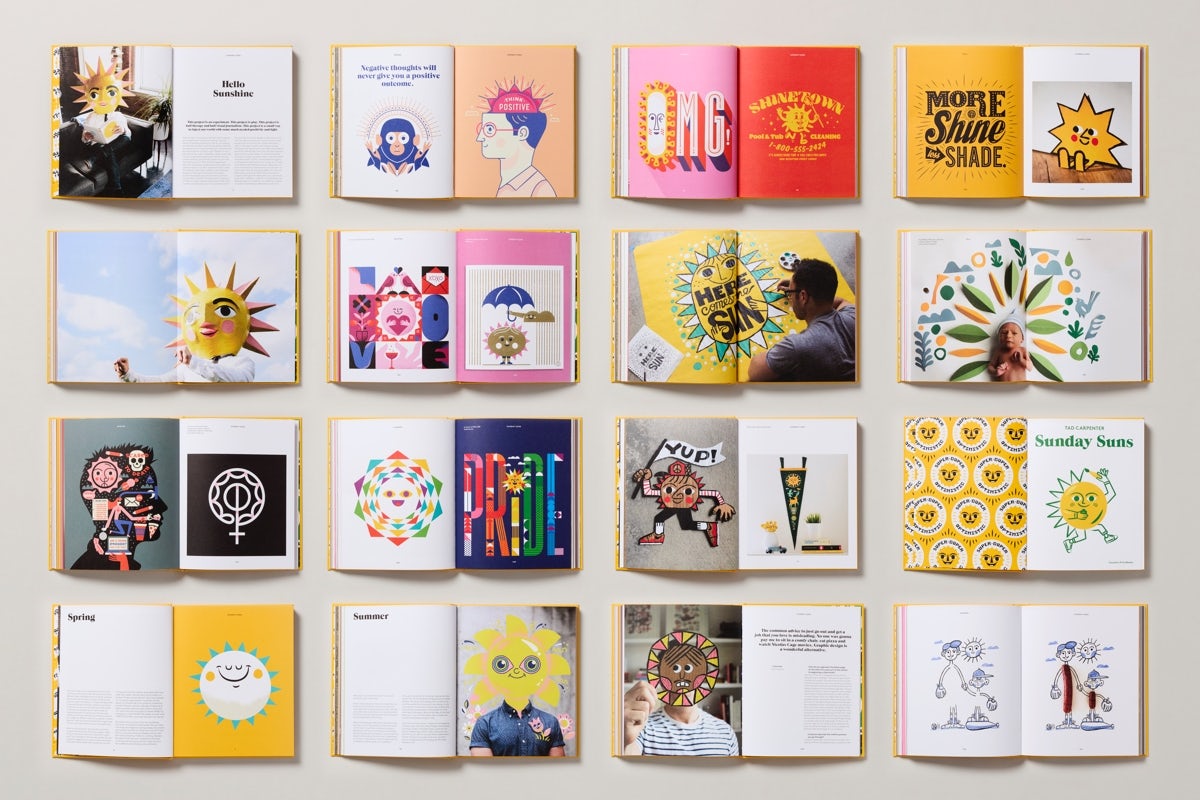 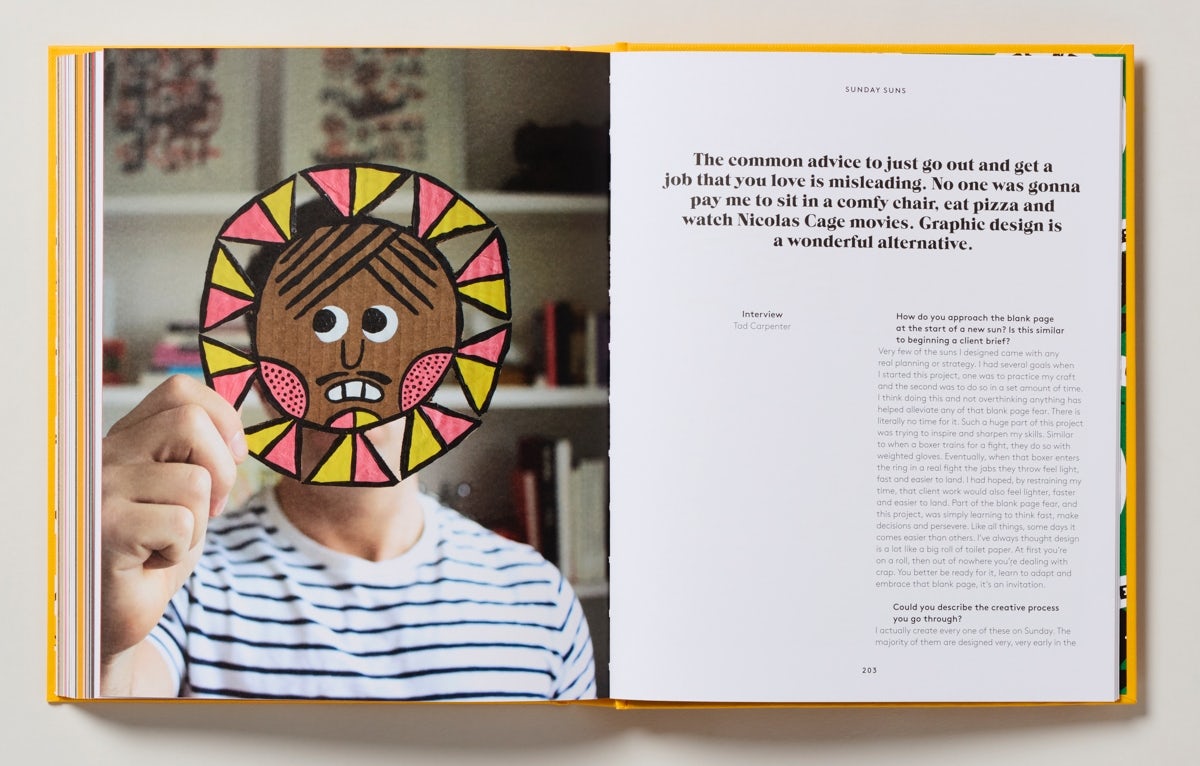 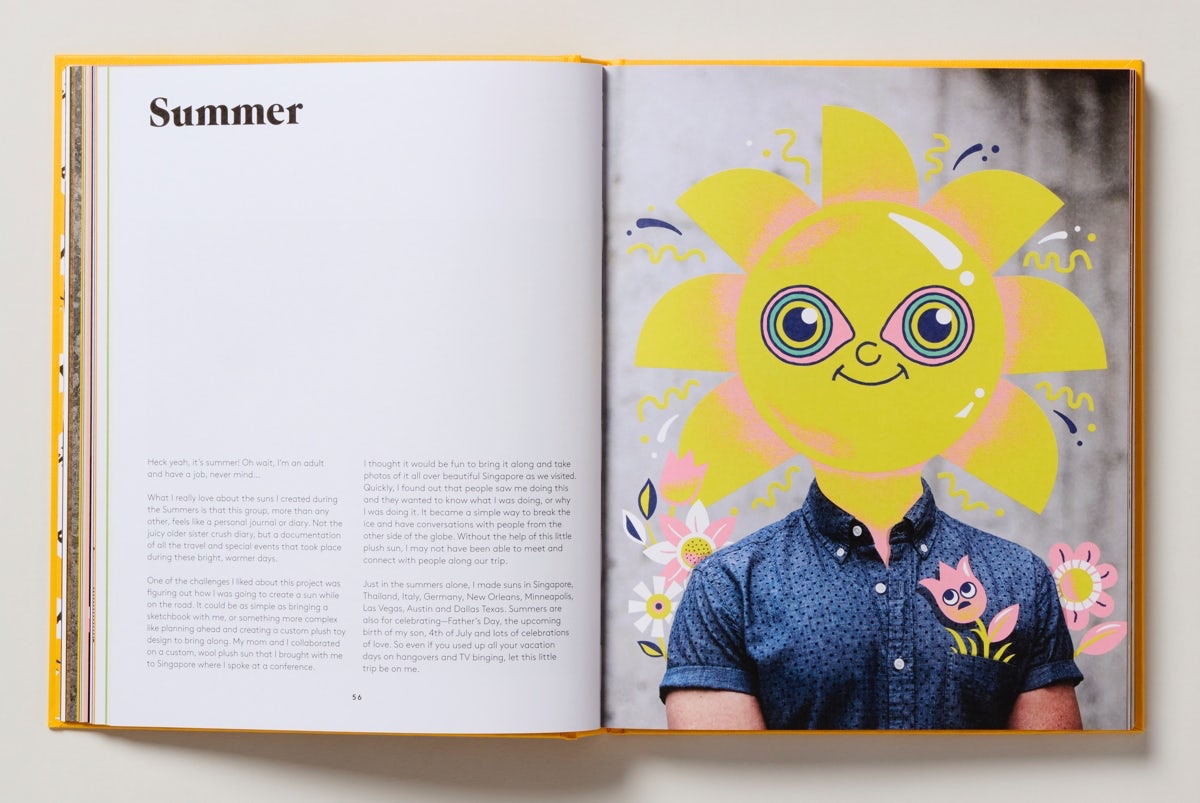 “It has thoroughly given me a sense of clarity. However, maybe the most important and unexpected aspect of this self-reflective experiment is how these little suns have provided hope to others.”