For photographer Sydney Rahimtoola, image-making has been an essential tool for exploring some of the more difficult questions around identity. Having spent her younger years in Queens, New York, in a neighbourhood full of immigrants and migrants, the photographer says she became fascinated with ideas of community early on – particularly considering her family’s Dominican heritage.

“I always wanted to make a project about this neighbourhood in Queens, but I was stuck on the idea that it had to be a documentary project,” explains the photographer, who graduated from the Royal Academy of Art in the Hague in 2018. “Then I started to realise it didn’t have to be that. Working with the people closest to you, with a personal narrative, can speak more on a community level.”

Her first film, I Forgot How to Speak Spanish – which immerses viewers in a world of domestic magic that mixes familiarity and surrealism – was born from this idea. “I started questioning the idea of what home is, especially with the Trump administration, and thinking about people back home and how they were coping,” she told CR.

In the film, the photographer’s aunt and grandma intone the directions for making tostones – twice-fried plantains – while bathed in glowing pink light. Rahimtoola’s sister also appears on set, wrapped in sequins and with plantains inexplicably taped around her arms. An accompanying series of portraits shows members of her family, including her mother, posing in front of silky curtains, in an environment that’s part bizarre theatre set and part everyday home interiors.

“I started to question my perspective and position as a photographer, and how I see my family,” says Rahimtoola of the thought process behind the film and photographs. “There was also nostalgia, and that’s why I was recreating and performing the family routine that I love.”

The film was shot over three days, without a script, and Rahimtoola says her family were completely open to the idea, particularly because cooking together was such a natural process. For the accompanying set of portraits, the photographer wanted to delve deeper into ideas of culture, as well as her relationship and perception of her mother – who appears naked in the series. Rahimtoola says she’d been photographing her mum for several years prior, and wanted to explore her relationship with ageing and her body, as well as the idea of motherhood. 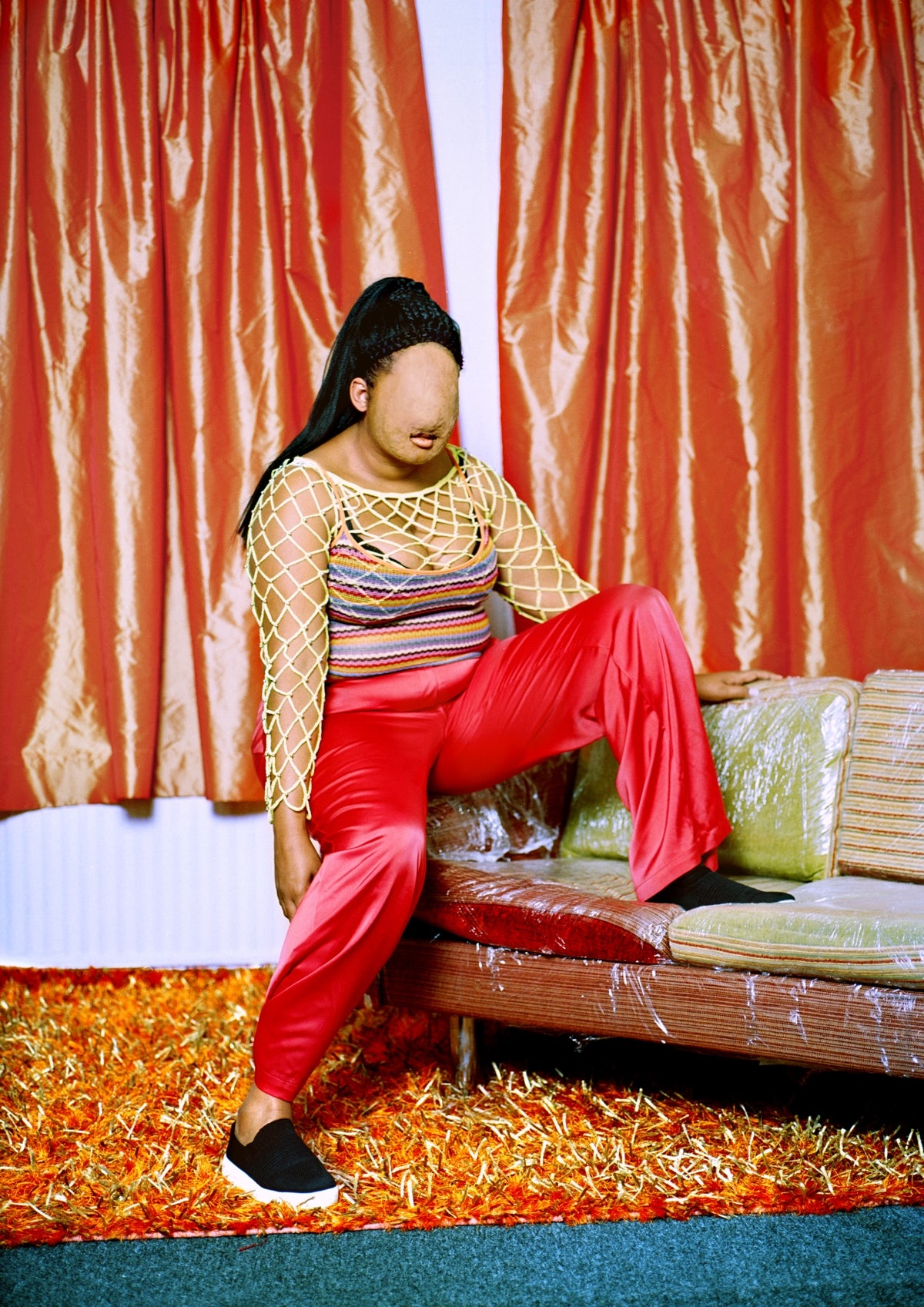 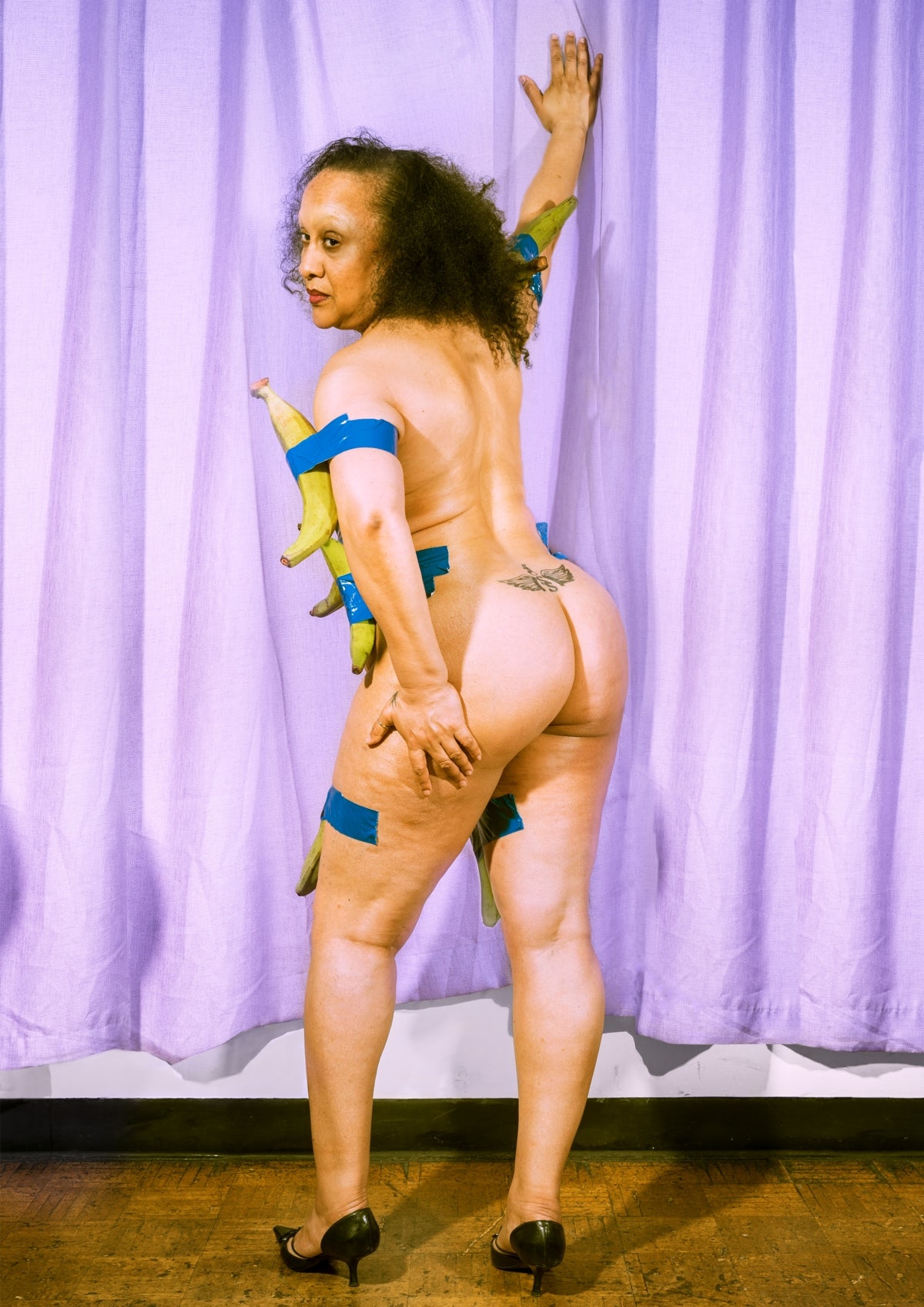 More than that, Rahimtoola describes I Forgot How to Speak Spanish as a way of digging into some of the issues around identity politics in the US. “Growing up in America, you can have misinformation about yourself and your culture – whether it’s not feeling proud of where you’re from, or having to mould to this American way of looking or way of life,” she explains.

“I see America as more than that, and I realised that from studying my culture through photography it made me more proud of who I am. It also made me realise that sometimes you can photograph different cultures or heritage, or different angles, with people close to you. You don’t have to go far away to address certain things you’re feeling.”

Rahimtoola, who’s now based in the Netherlands, has continued exploring ideas of heritage, having become particularly intrigued by folklore and the role it plays in different societies. In 2019, she created an installation and set of portraits entitled La Ciguapa – a mythological creature from Dominican folklore that lures men towards her in order to eat them alive.

The photographer says she’s fascinated by the way these kinds of stories are used in different cultures and communities, and also how they intersect with the domestic realm. “I’m starting to become more interested in magical realism, and how little magical moments are still ingrained in our everyday life,” she says.

Like many, 2020 has slowed down Rahimtoola’s workflow and production. But although she says the pandemic has left her “a little bit frozen in terms of making”, this year she’s begun exploring the curatorial side of photography and is interested in the role that plays in bringing stories together. She’s also started pursuing an interest in psychedelics and mental health, and in finding out more about her Indian heritage from her dad’s side of the family. In addition, she plans on making a film dedicated to the life of her uncle, who recently passed away.

“Before, a lot of the things I’ve done were cathartic and felt like studies and it’s exciting to start with that, but I feel like it’s even more interesting sometimes to zoom into one small thing, and that’s what I’m trying to do now,” she says.