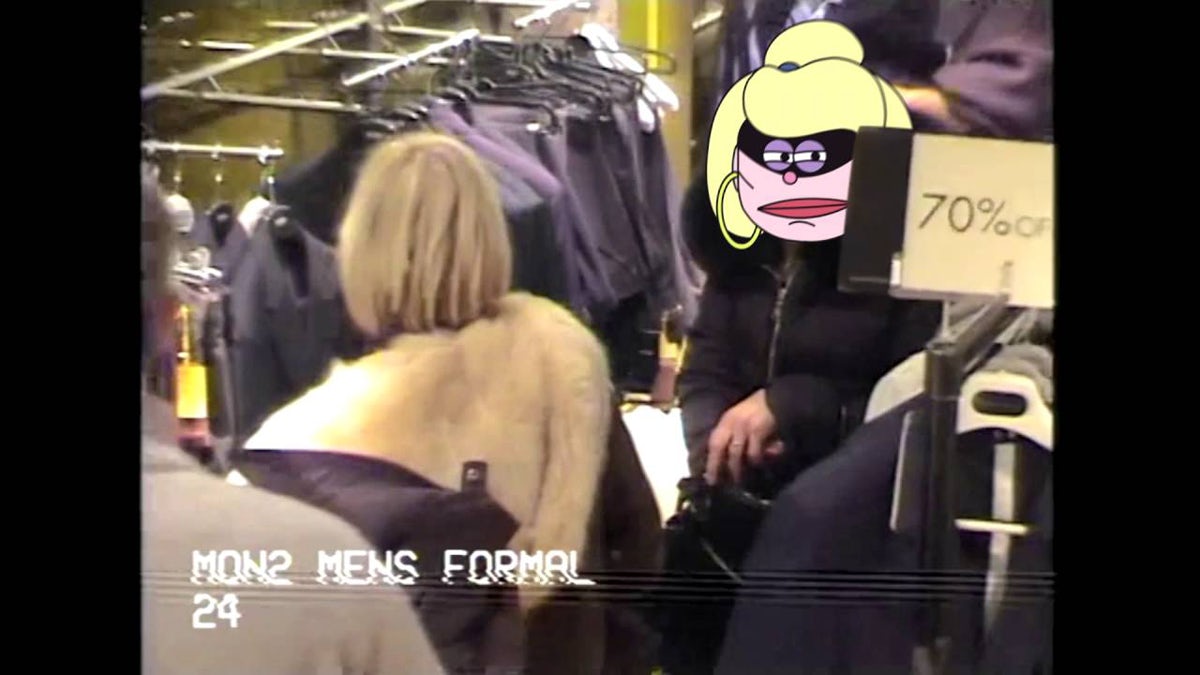 The ad industry is regularly accused of ‘borrowing’ from wider culture, but in T2 Trainspotting we for once see the tables turned, as Danny Boyle instead co-opts footage from Harvey Nichols’ notorious Shoplifting ad in the film.

The original ad by adam&eveDDB, shown below, features CCTV footage of people stealing items from Harvey Nicks, their faces covered by distinctive cartoon faces created by the Layzell Bros and Blinkink. In T2, footage from the ad is played and the cartoons are also redrawn and placed over the heads of Renton and the gang as they run through the streets of Edinburgh in the memorable opening sequence from the original film (shown below in its original format), while present-day Renton reminisces on his youth over lunch in Harvey Nichols’ Edinburgh store.

The deal to use the ad was brokered direct with Harvey Nichols, with adam&eveDDB providing the footage from the spot to the film’s production team. “I believe it was pretty much a direct approach from Danny Boyle to Harvey Nichols in Edinburgh,” says adam&eve Group ECD Ben Tollet. “I think he liked the look of the store so much that he really wanted to film there so approached them about doing that. And then in the course of that discussion they thought it would be lovely to share the film that we’d made for them. I get the impression he rather liked it as he’s included it in the film!”

In an interview with Ad Age in the US, Harvey Nichols Group Marketing and Creative Director Shadi Halliwell admits that she originally had some reservations about associating the store with the film, due to the gritty scenes in the original movie, though Boyle soon won her round. “Danny was so eloquent and visionary about how he wanted T2 to be as a film,” Halliwell tells Ad Age. “The Edinburgh location is the iconic store there, and he explained how the boys were all grown up, have done well enough in life to make that the place they would hang out. I literally listened to him for ten minutes, but it was after two minutes that I thought, ‘Yes, you can have it.'”

Becoming part of culture is a regular quest for ad agencies, but it’s rare indeed that an ad itself will be repurposed in this way. “It’s always the thing that you gun for but can never plan on achieving, that an ad takes off, becomes talked about and becomes part of culture,” says Tollet. “I think ad people talk about this all the time. But we’ve never before, or certainly not to my knowledge, been in the position where somebody as culturally significant as Danny Boyle has taken our own creative and incorporated it into such a powerful piece of filmmaking. We’re hugely proud and delighted that he wanted to do that.”

Unsurprisingly, Blinkink and the Layzell Bros are chuffed about the recognition for the ad from Boyle as well. “We all grew up on Trainspotting so for our Harvey Nichols ad to be included in T2 is obviously a huge honour,” says Blinkink executive producer Bart Yates. “So often commercials are designed to reflect popular culture, so to have something go the other way like this is really amazing and testament to a such a great idea.”

The cherry on the top is that the sequence also appears in one of the most important scenes in the film, where Renton offers up an updated version of his iconic ‘Choose Life’ speech from the first film. “It doesn’t get much better, does it?,” agrees Tollet. “We’re bowled over by the whole thing.”