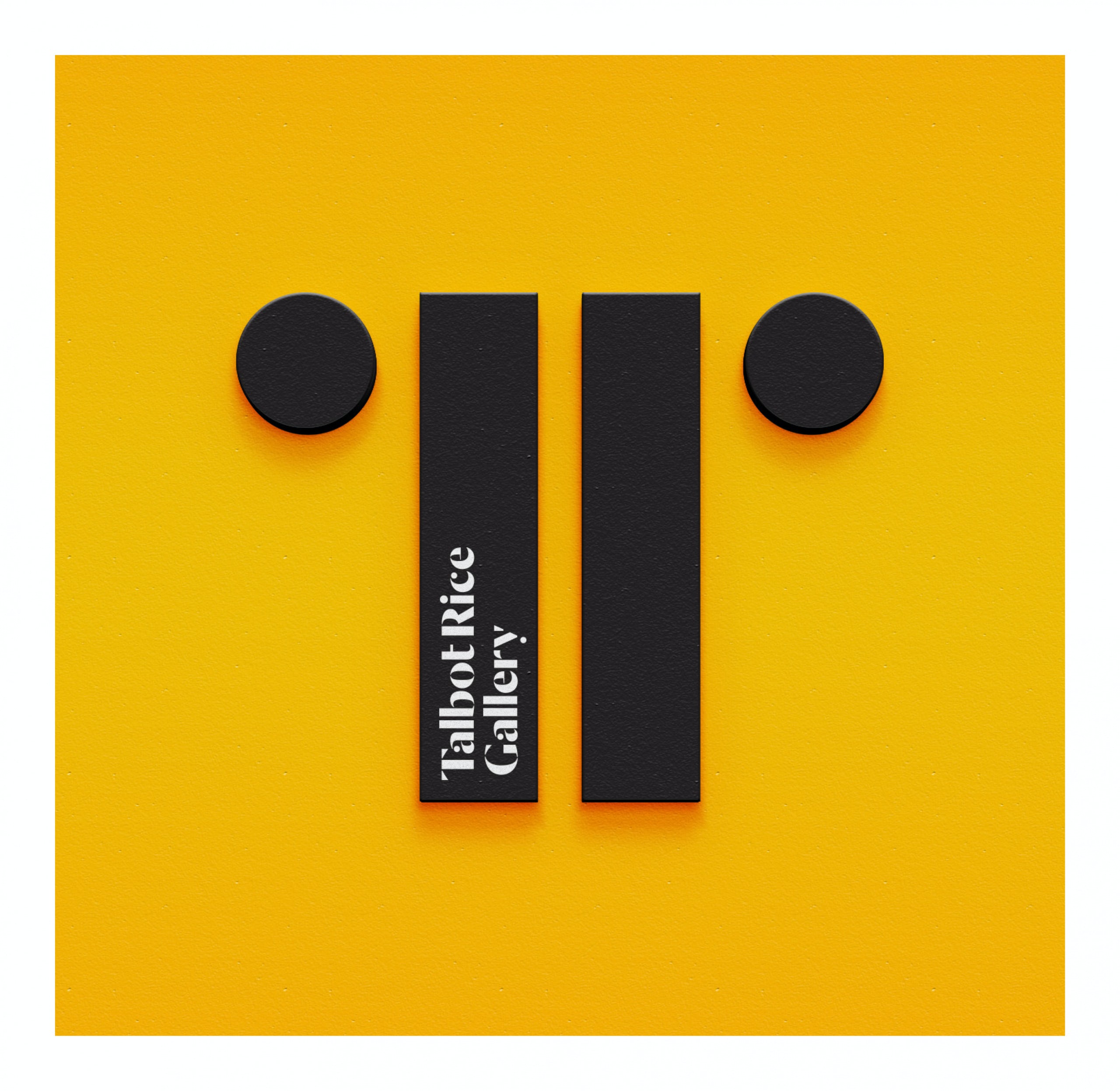 The Talbot Rice Gallery, tucked away in a corner of the University of Edinburgh’s iconic Old College, is regarded by experts as a leading international gallery of contemporary visual art, but was largely unknown among wider audiences.

Parkhouse was tasked with creating a new visual identity for the gallery that would increase its profile and audience interaction, and establish and reinforce its position alongside contemporaries in the sector – other world-leading and international university art galleries.

This brand identity project carried an additional challenge – as well as a requirement to be distinctive and reflect the contemporary, dynamic and creative nature of the exhibitions programme, it also could not lose sight of the gallery’s links with the University of Edinburgh and the Old College’s global status as an architectural icon. The solution by Parkhouse was to develop a mark that was bold and confident but not overpowering – a simple and instantly memorable ‘signposting’ device that would allow the art and architecture to share centre stage.

Based on the style of the Byzantine pillars that are such an important feature of Edinburgh’s Georgian architecture, the mark comprises a striking monogram to represent the gallery’s initials. However, not all audiences ‘get it’ immediately – like many of the world’s most memorable identities, it benefits from that feeling of rewarded perception when the initials TR emerge from the architectural feature.

The monogram is combined with modern typography and a palette of black and yellow. A suite of supporting collateral, including exhibition banners and signage, a gallery guide, stationery, and a new website were also created. 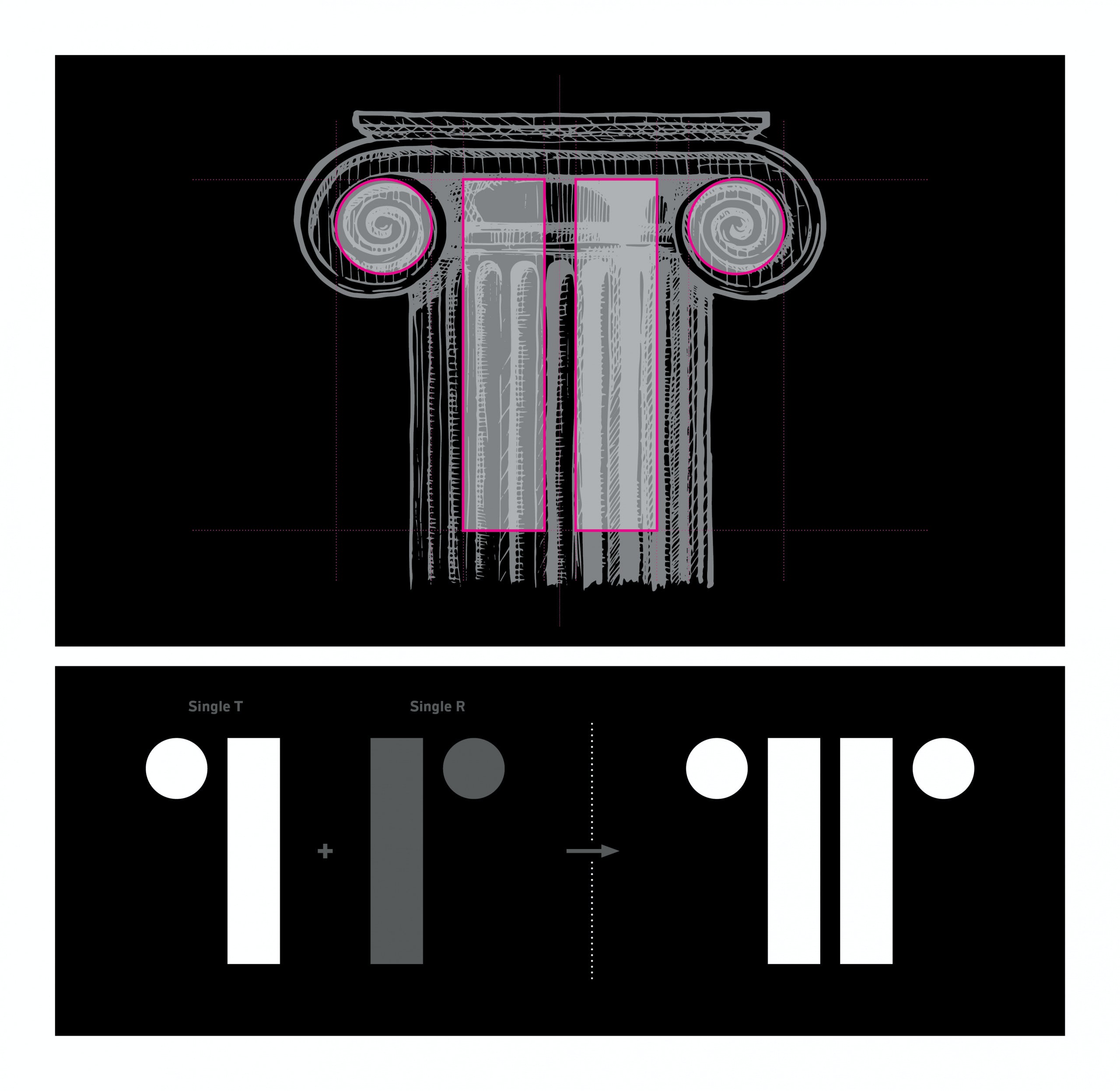 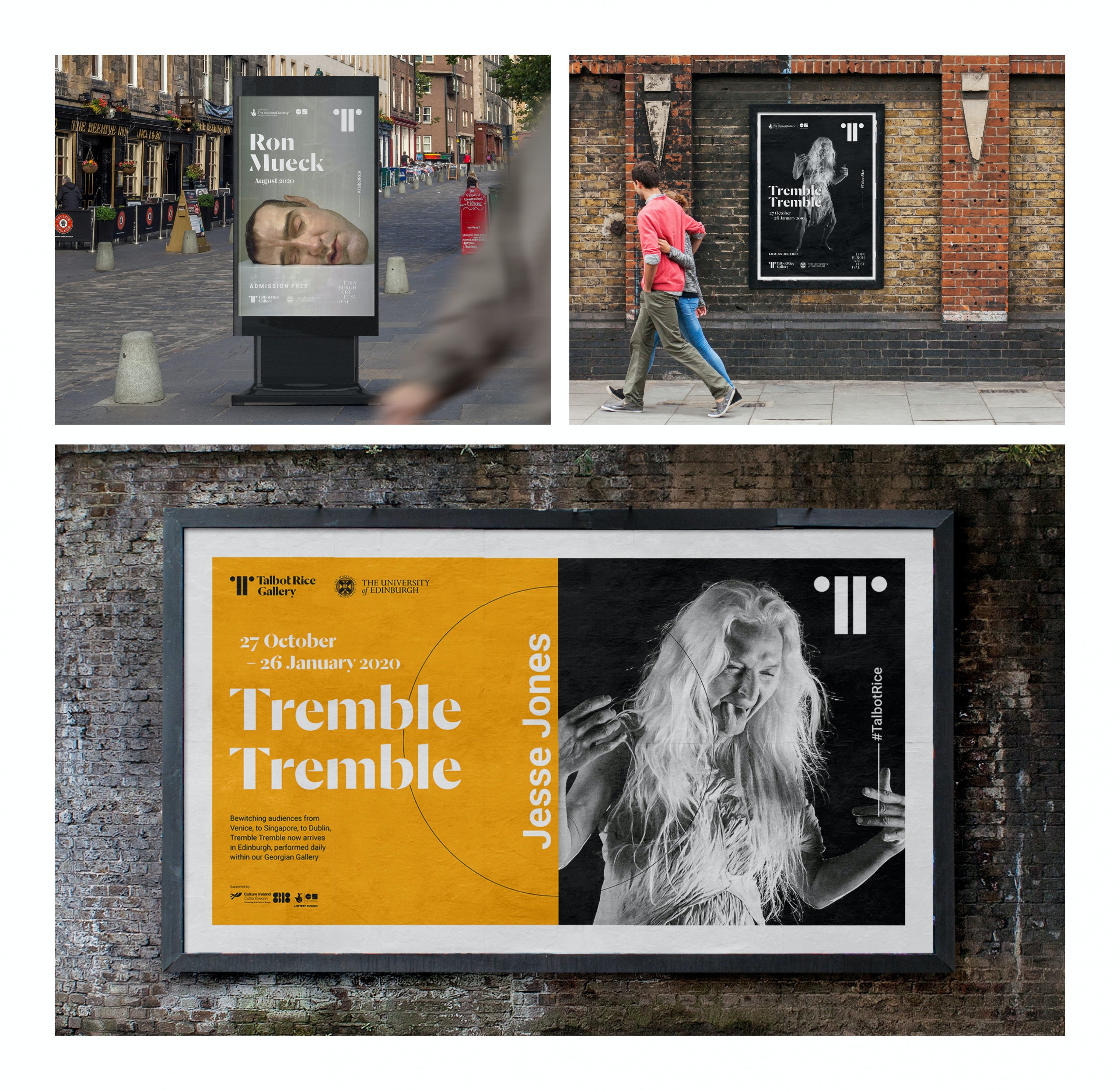 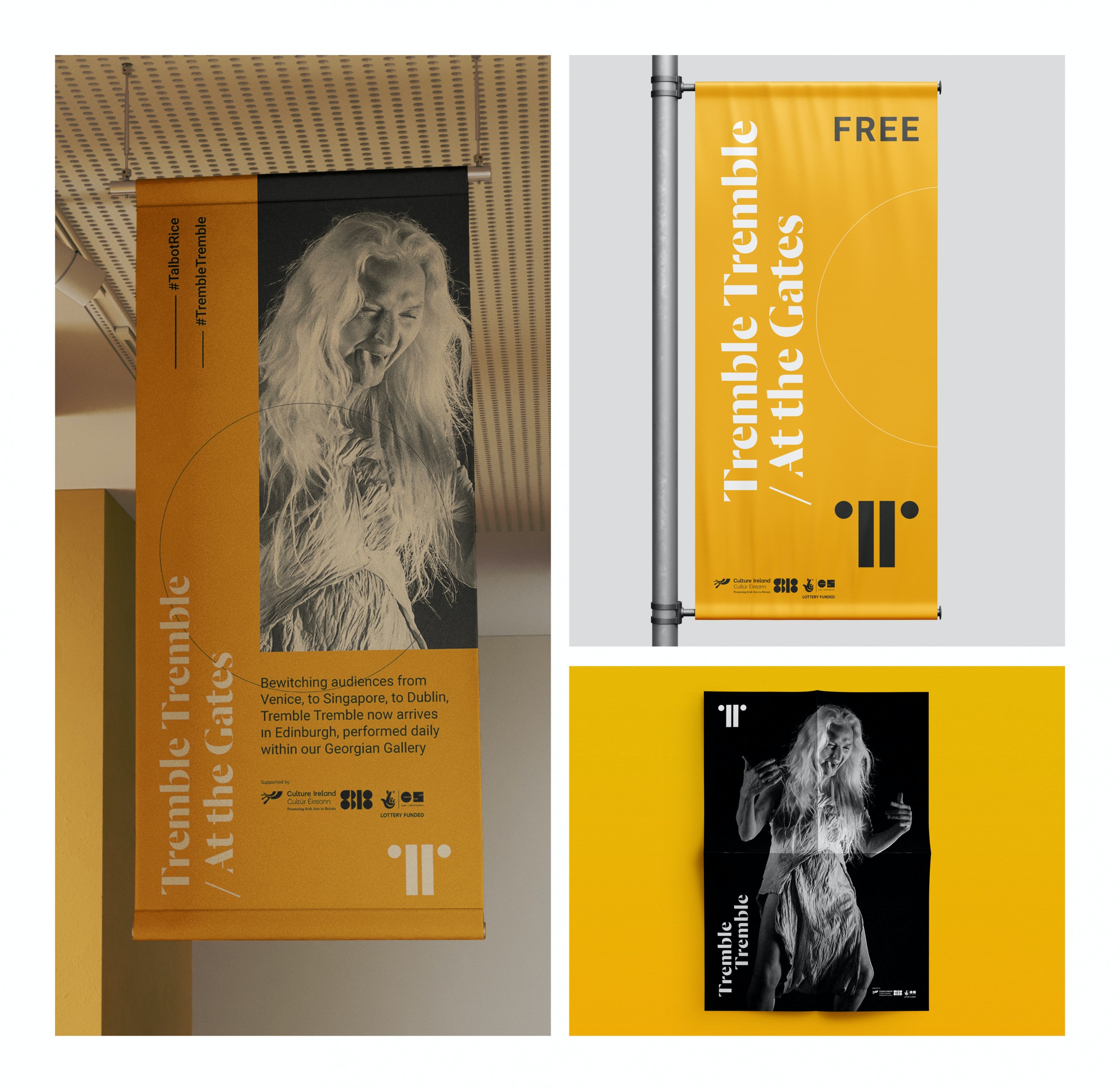 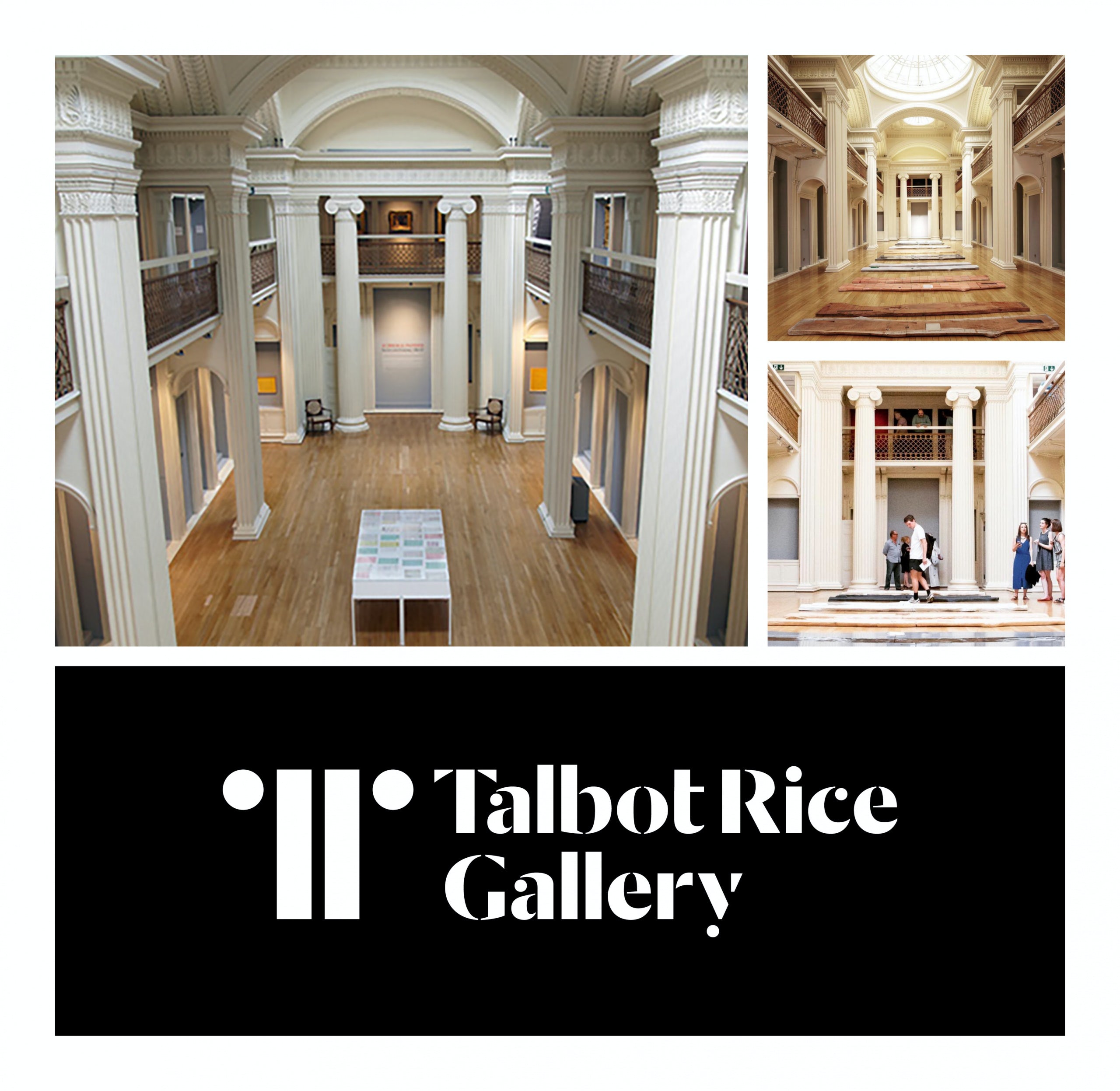 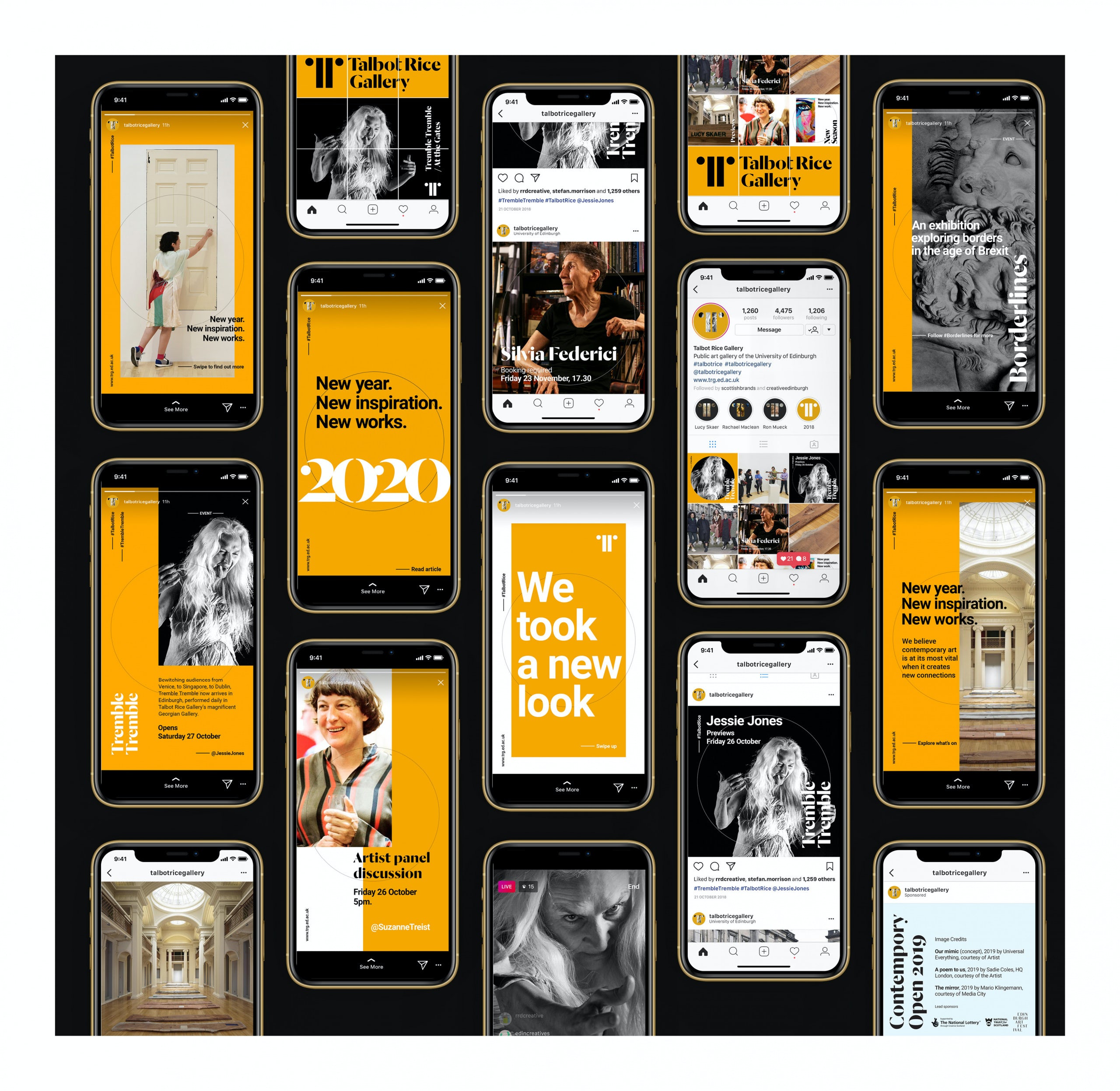 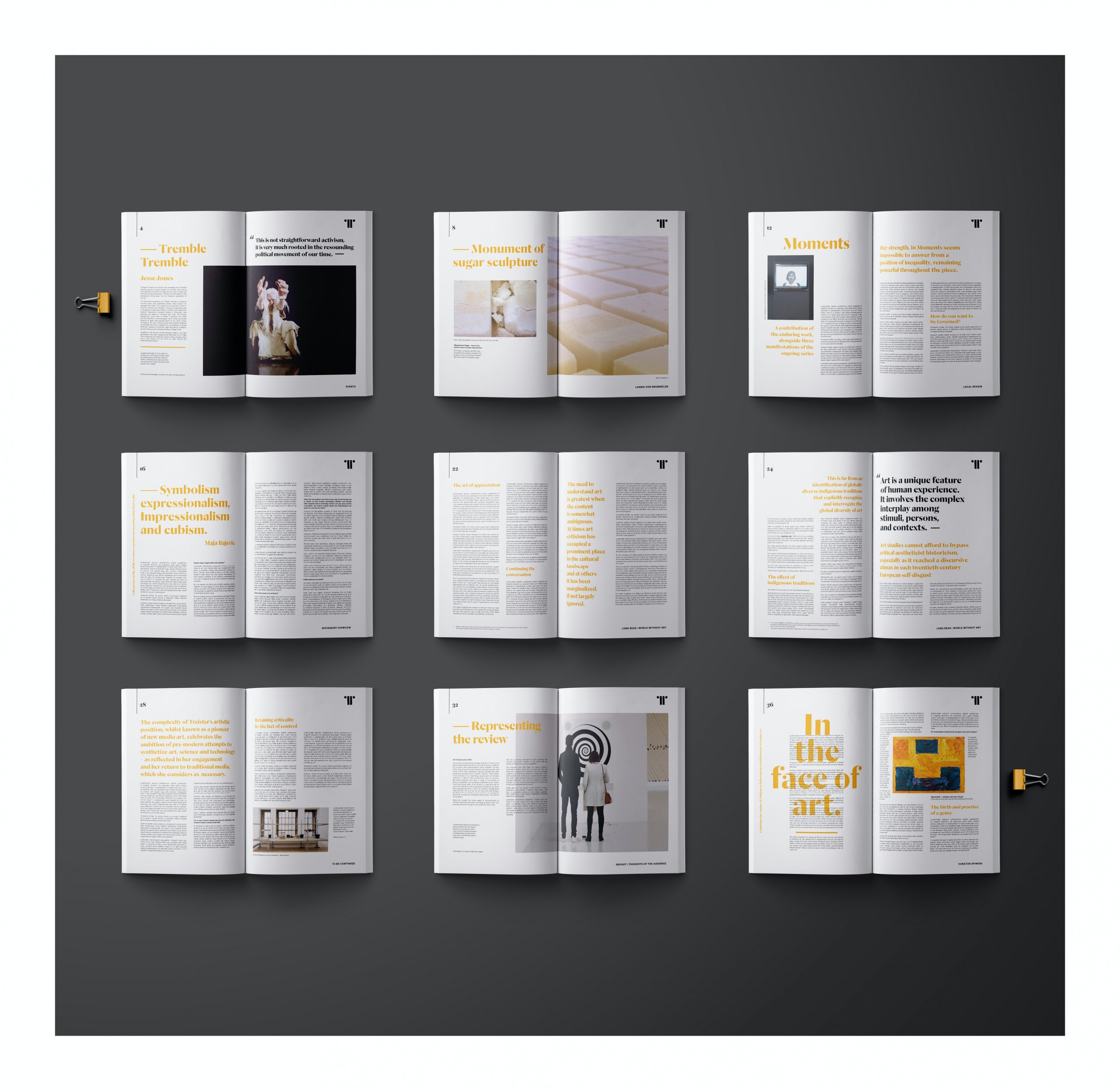 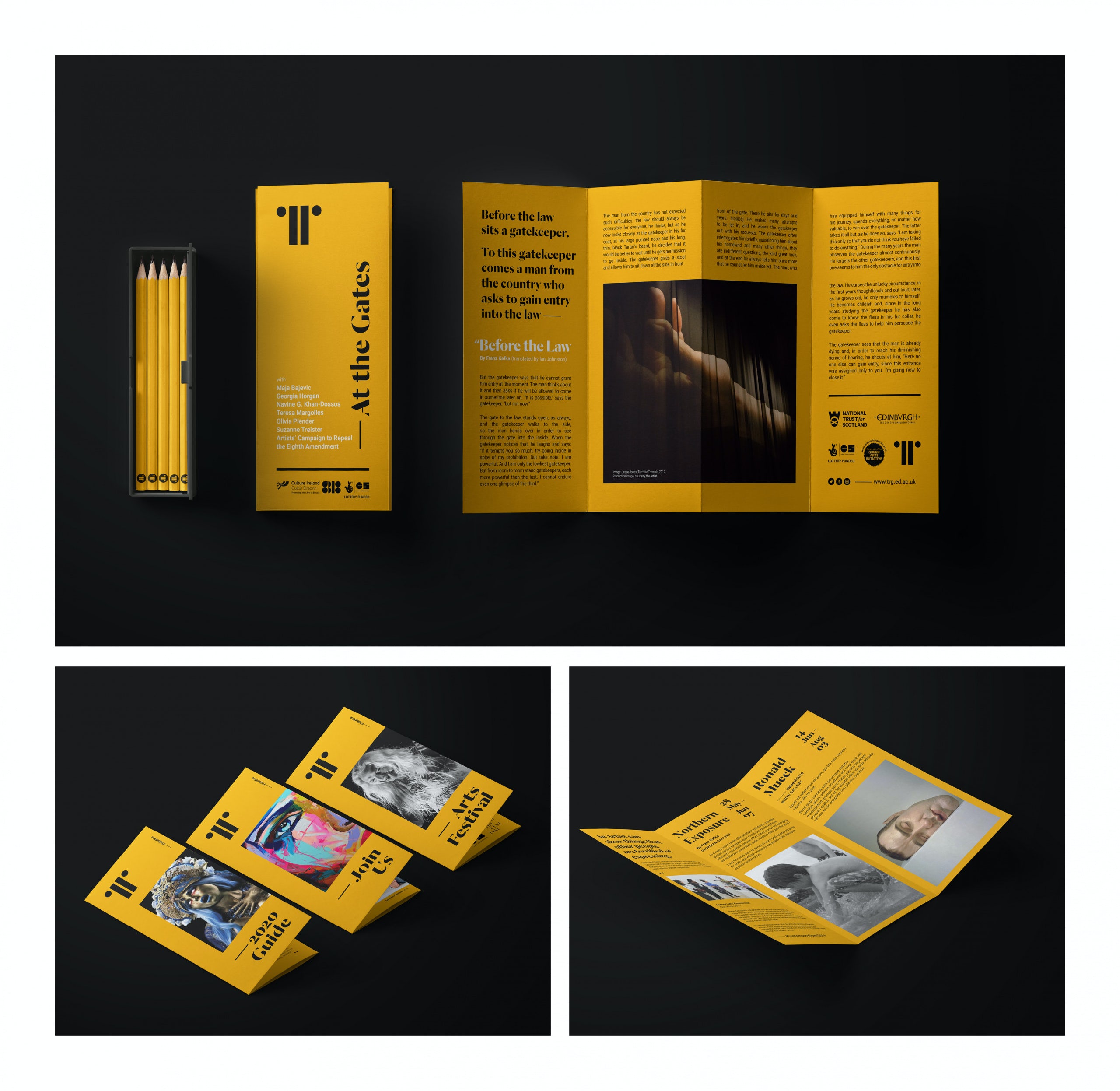 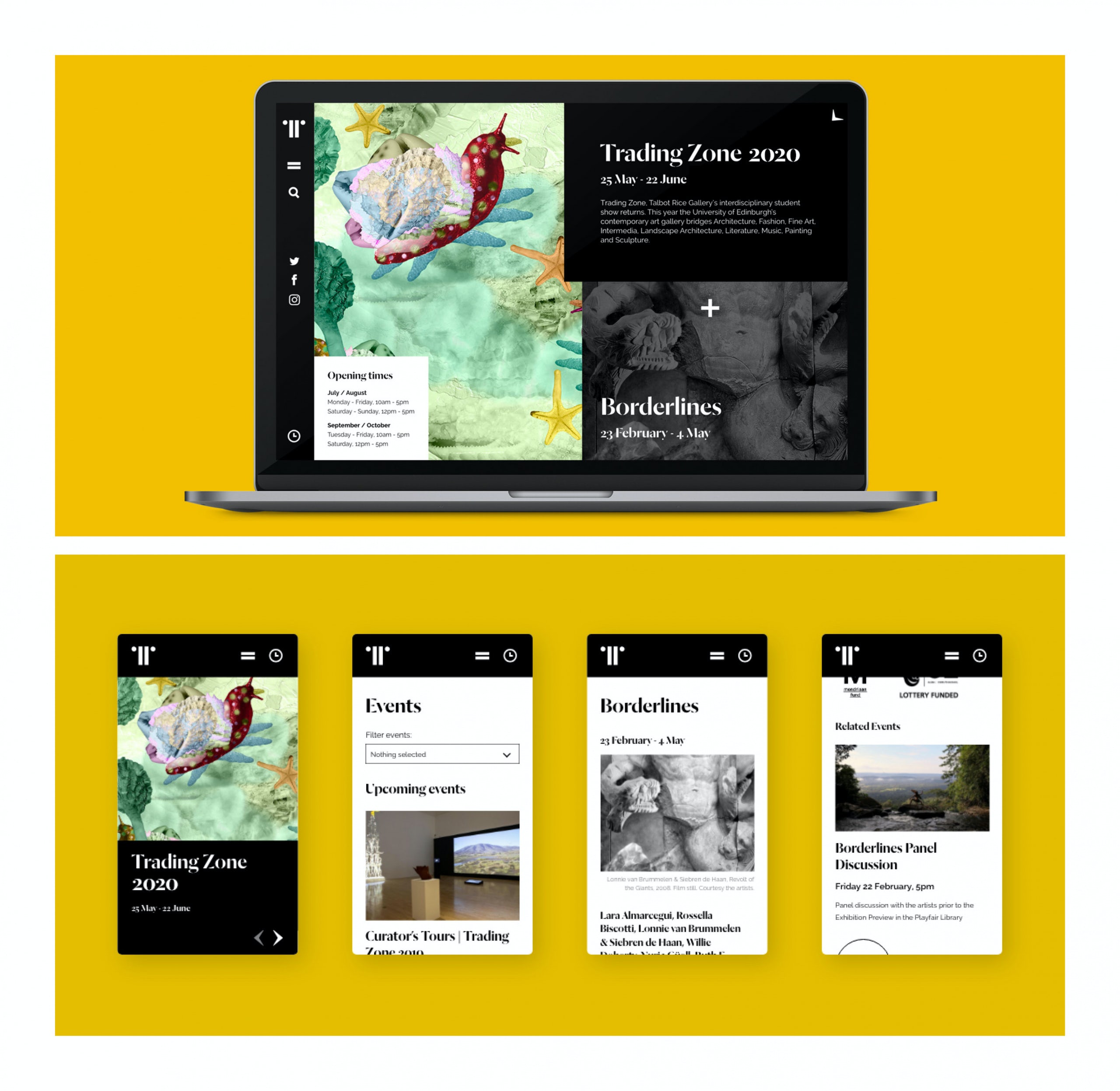 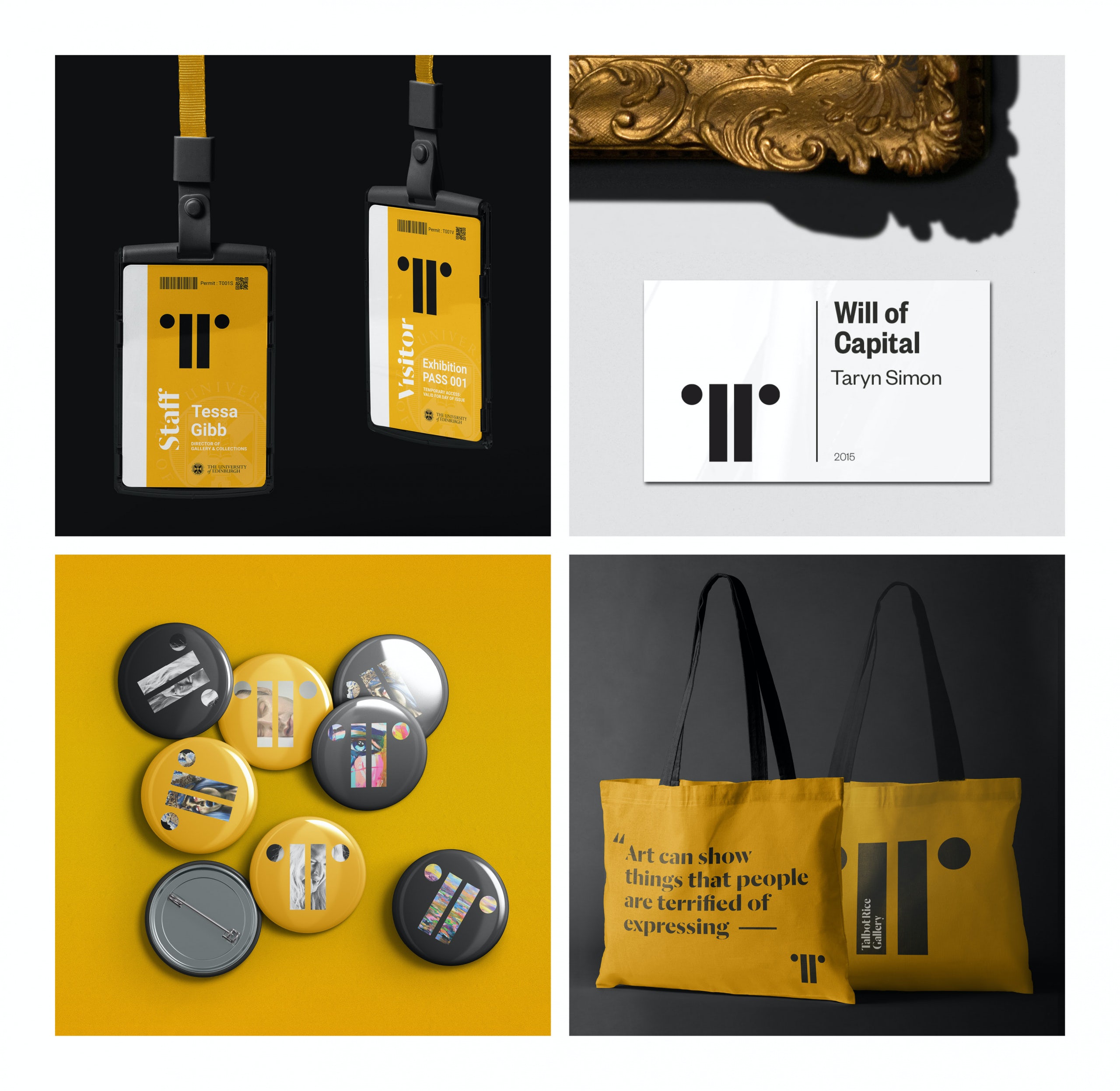 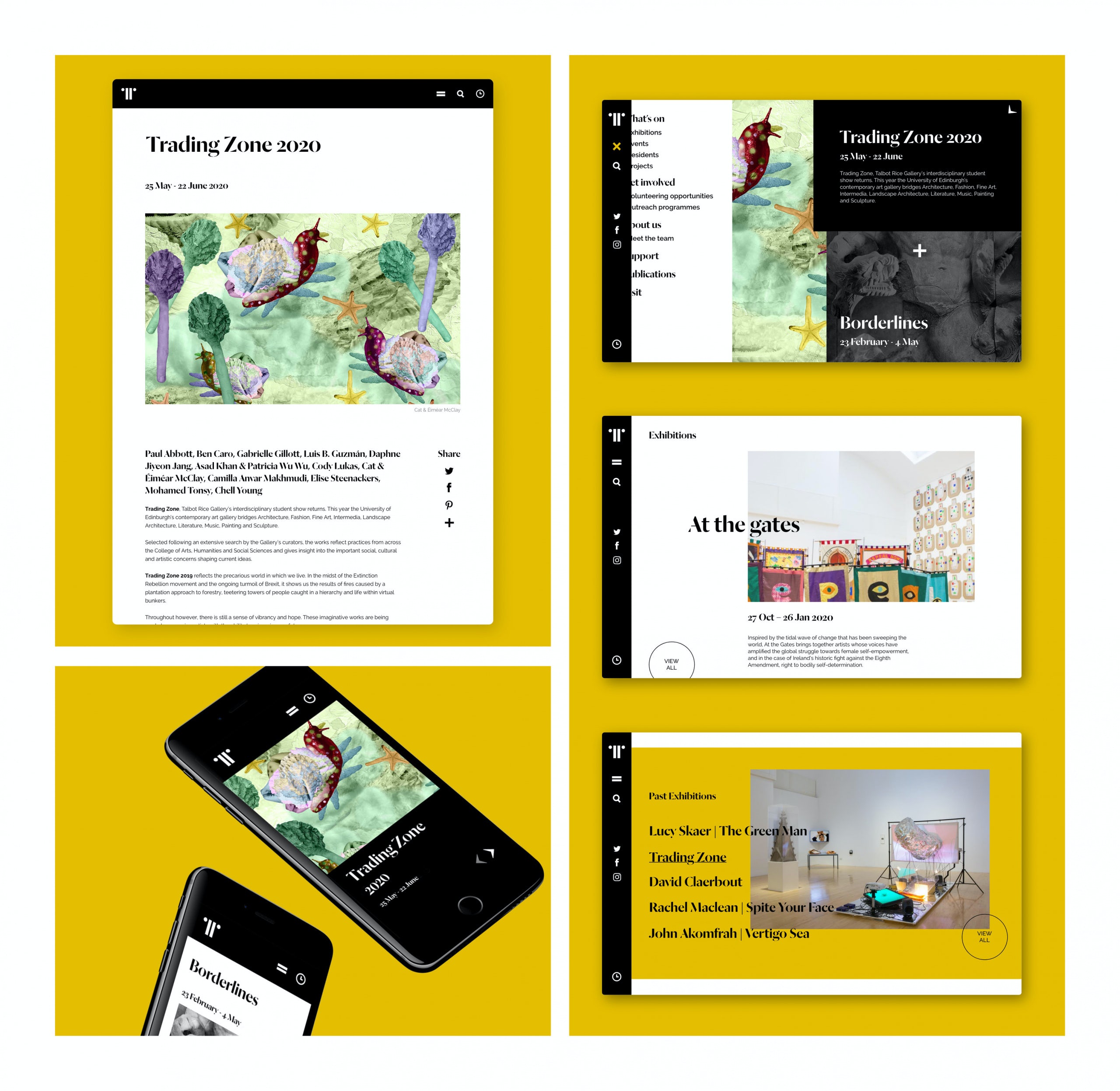