In the 1910s, Kolmanskop was one of the richest towns in the world. With a casino, a concert hall, bowling alleys and an ice factory, as well as a school and a hospital, it was a little slice of luxury in the middle of the African desert – an incongruous mix of lavish European-style buildings and homes that wouldn’t look out of place in the Bavarian Alps, surrounded by windswept sands and brilliant blue skies. In its heyday, a million carats of diamonds were mined there in a single year – over 10% of the world’s total at the time.

By the 1930s, Kolmanskop’s diamond supply was running low, so its residents packed up and headed south. Now, the place is a ghost town. Sand dunes have engulfed its buildings, propping open peeling doors and filling rooms from floor to ceiling. Its crumbling buildings are slowly being swallowed up by the desert – creating an eerie ruin that now attracts thousands of tourists each year. Look it up on Instagram, and you’ll find 11,000 images.

This fascinating place also provided the inspiration for the cover art for Tame Impala’s new album, The Slow Rush. Photographer Neil Krug travelled to Kolmanskop with Tame Impala’s Kevin Parker last year, shooting a series of images in buildings around the town and editing them to create surreal interiors in vivid blues and reds. There’s something familiar but otherworldly about his artwork, which perfectly captures the dreamy, psychedelic tone of Parker’s music. 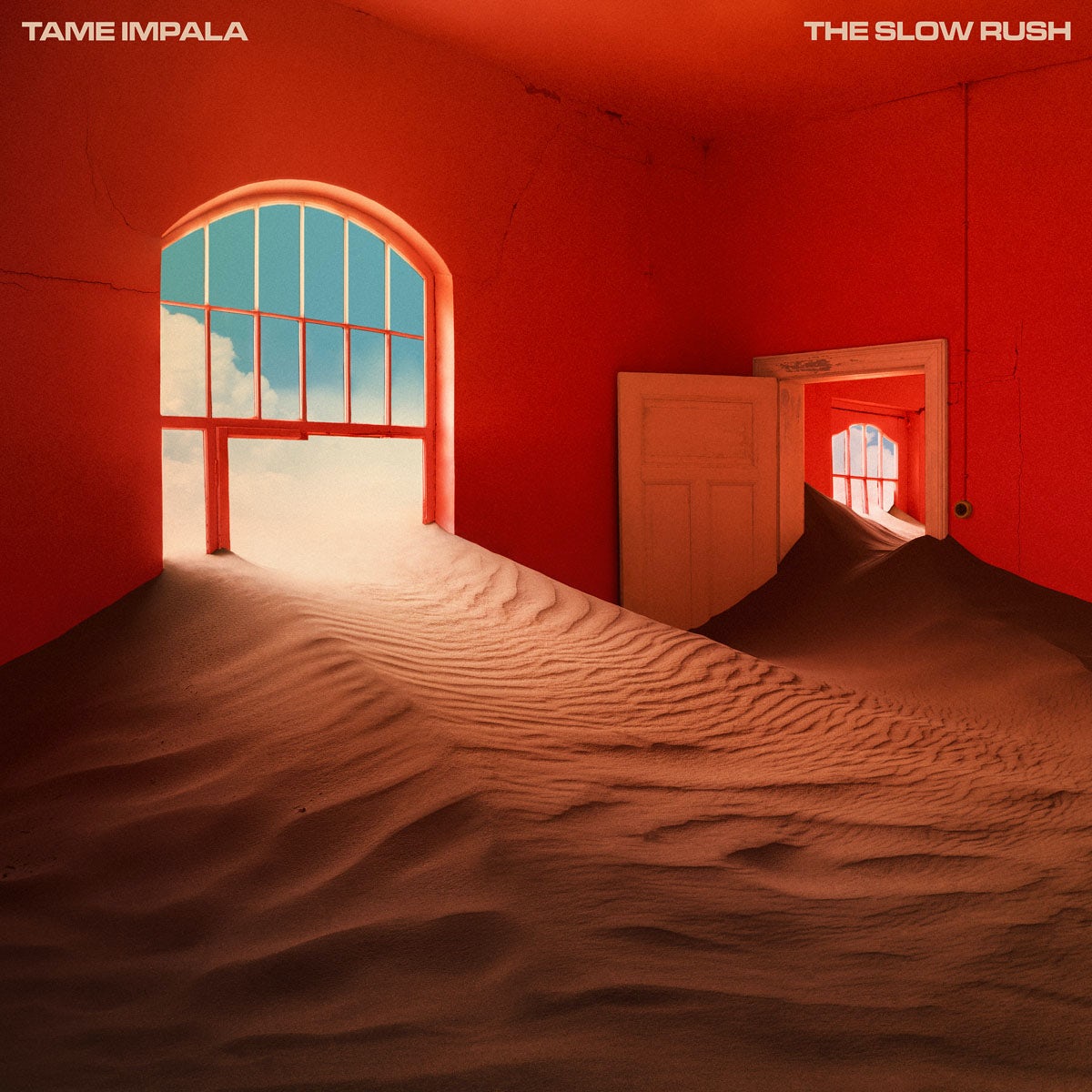