For some, Disneyland is a magical place – a little utopia where you can suspend disbelief and immerse yourself in lavish sets and simulators. For others, it’s the stuff of nightmares: a place where people come to queue for hours on end and spend the GDP of a small nation on tickets, souvenirs and overpriced refreshments.

But whether you love it or hate it, it’s hard not to be impressed by Walt Disney’s vision for the original Disneyland park in California. An hour’s drive south of Los Angeles, it opened in 1955 and has since welcomed over 800 million visitors. Its mix of rides and themed zones with elaborate sets became a cultural phenomenon – a dream holiday for kids all over the world – and paved the way for the likes of Universal Studios and Warner Bros. Studios in London. Disney now operates theme parks in Tokyo, Paris, Shanghai and Florida, but the original Anaheim site is the only one to have been designed under the direction of Walt Disney himself.

A new book from Taschen charts the design and development of the park, with photos, maps and sketches from Disney’s archives. Written by Chris Nichols, a writer and historian who specialises in Californian architecture, it explores Walt Disney’s inspiration and original concept for the park, and the design of each of its themed areas – from Main Street, with its mock stores, to Tomorrowland, with its futuristic space-themed rides.

The book offers an in-depth look at the park’s creation. It features interviews with some of the creatives who were involved in its design and build (Walt Disney recruited a multi-disciplinary team of artists, art directors and set designers from Hollywood studios and carnivals, and was closely involved in the process), as well as a detailed look at each zone, from its layout to its main attractions.

In an introduction, Nichols notes that the park was “the ultimate reflection of Southern California at mid-century, drenched in sunshine and optimism”. It was also a patriotic homage to American progress and industry: Main Street was a vision of early 1900s America, inspired by Walt Disney’s hometown in Missouri, while Frontierland was dedicated to the idea of exploration and development, with rides inspired by the railroads and roads that led to the creation of new towns and cities. Tomorrowland, home to Space Mountain, reflected the excitement surrounding science and space exploration in the early years of the space race.

Fans of Disneyland will delight in the concept art, original maps and photographs from the park’s opening. And for those who’ve never been – or would rather avoid Disneyland altogether – it’s still a fascinating story of how artists, engineers and designers created one of the world’s most famous tourist attractions. 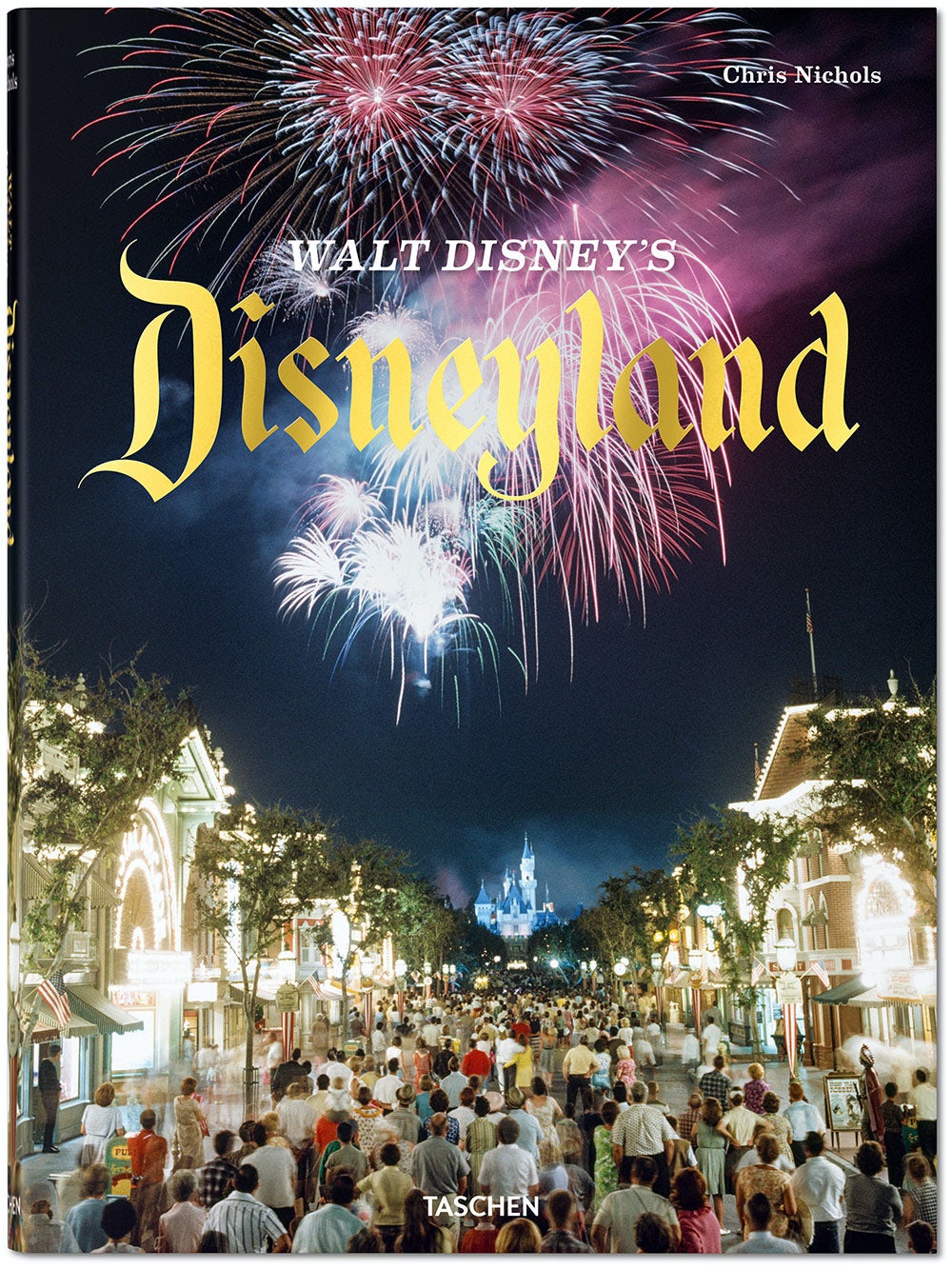 Walt Disney’s Disneyland is published by Taschen and costs £40. You can order copies here.