As if we didn’t already have enough sport to obsess over this summer, Tour de France fever will be sweeping across our TV screens and social media feeds throughout this month. To coincide with the 105th year of the cycling tour, Rapha is releasing a new book that presents a visual history of the competition through the evolution of its maps.

Released by the cycling brand’s publishing imprint Rapha Editions, Cartes du Tour features at least one map from each of the tour’s 105 editions, along with accompanying text by cycling historian Paul Fournel that gives the cultural context of its cartography. 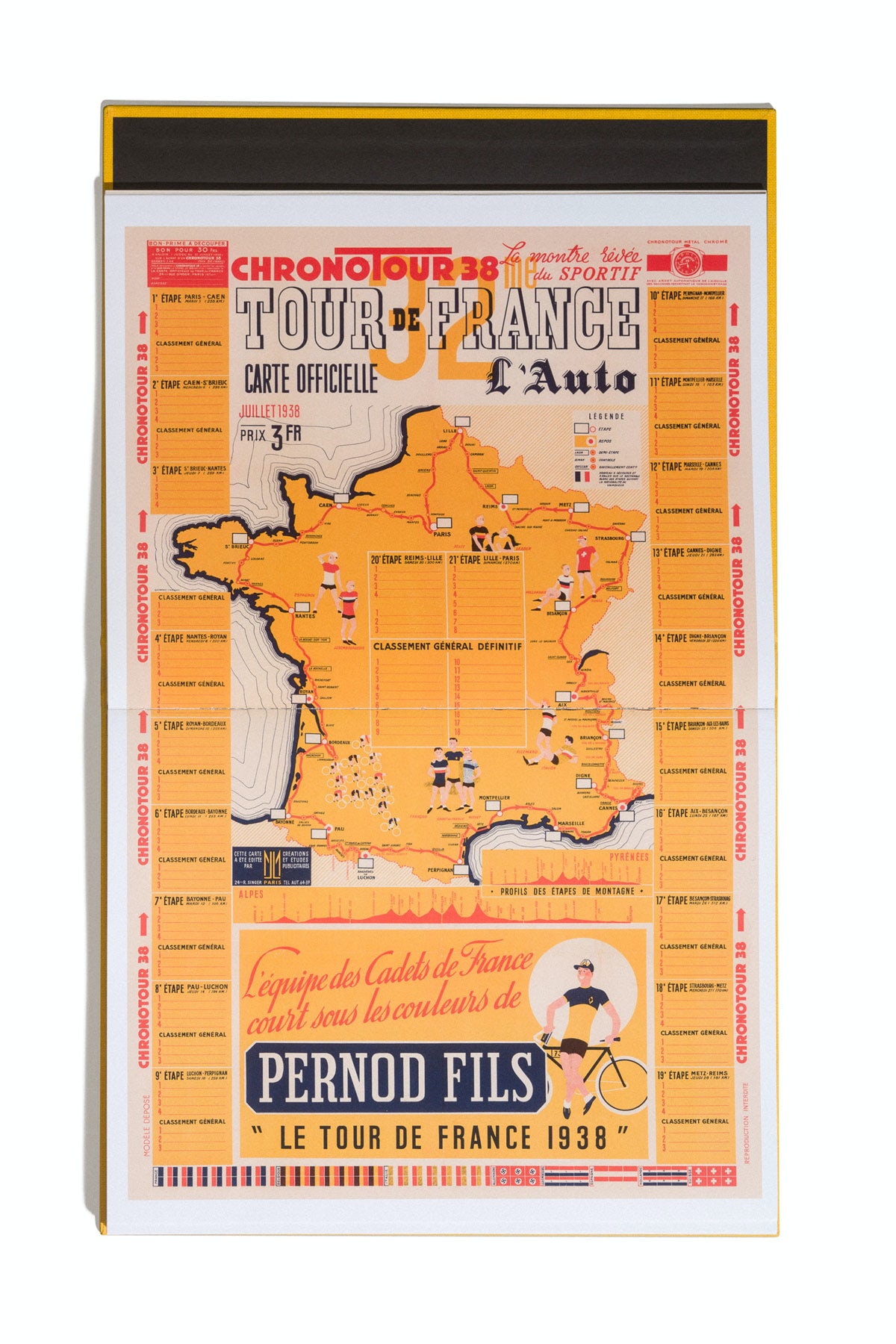 All of the maps have been painstakingly collected and curated by Fournel and the book’s editor, Guy Andrews. “It started with a small personal collection from the various newspapers and magazines that would publish a map ahead of the Tour de France. Rapha CEO Simon Mottram has always had Tour maps lying around his office and I have a big collection of them as they were always inserted into magazines. So we got talking about the potential of the project and it snowballed from there,” says Andrews.

“ASO – the tour’s organiser – had to be brought in to give its approval and it also had its own collection, then it was about a year of scouring eBay, magazine shops, flea markets, historical archives and the photo agencies to fill in all the blanks.” 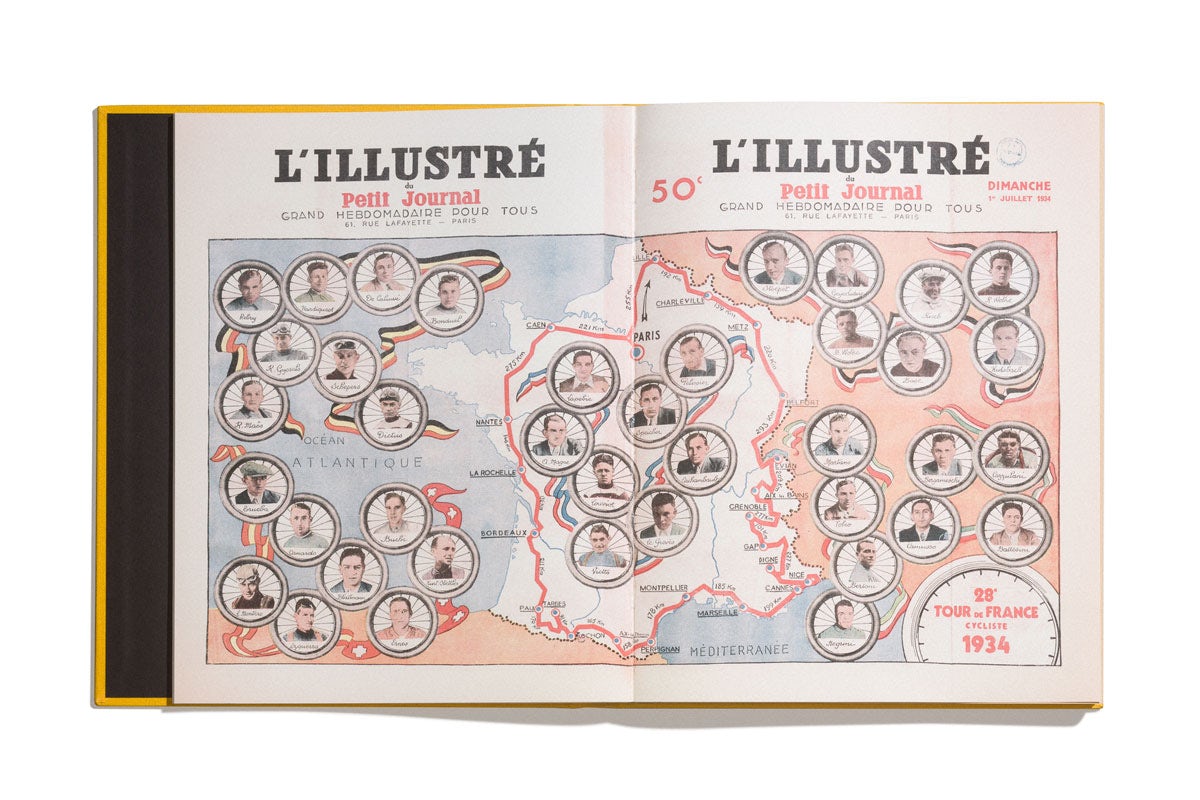 While the route itself is designed in-house by ASO every year, the maps included in the book are by a variety of different cartographers, illustrators and designers, meaning that the collection is as much a graphic history of map design as it is a history of the race.

“It’s becoming a lost art though, because in the new age of infographics and computer generated maps, I think much of the craft and beauty of cartography has all but disappeared,” says Andrews. “I’d love a few more variations on the theme of the tour routes each year, it would be brilliant to have had some influence on rekindling the art of the map.” 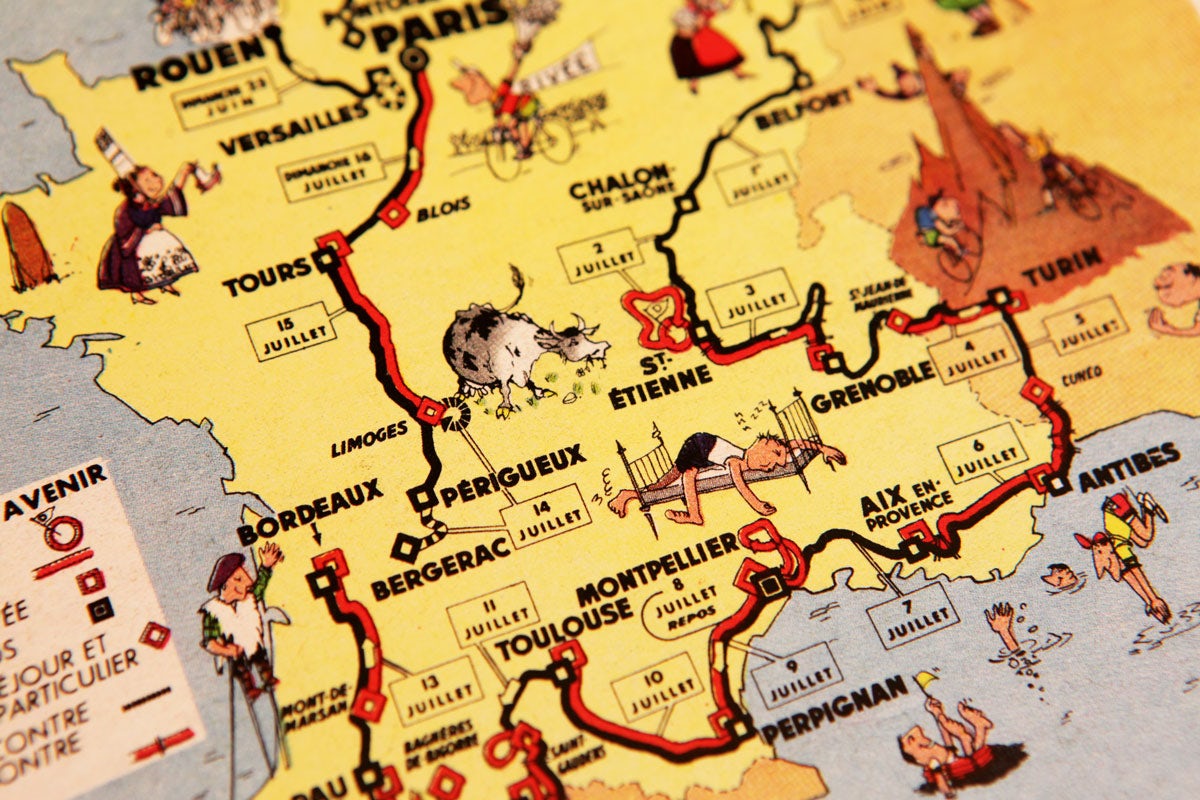 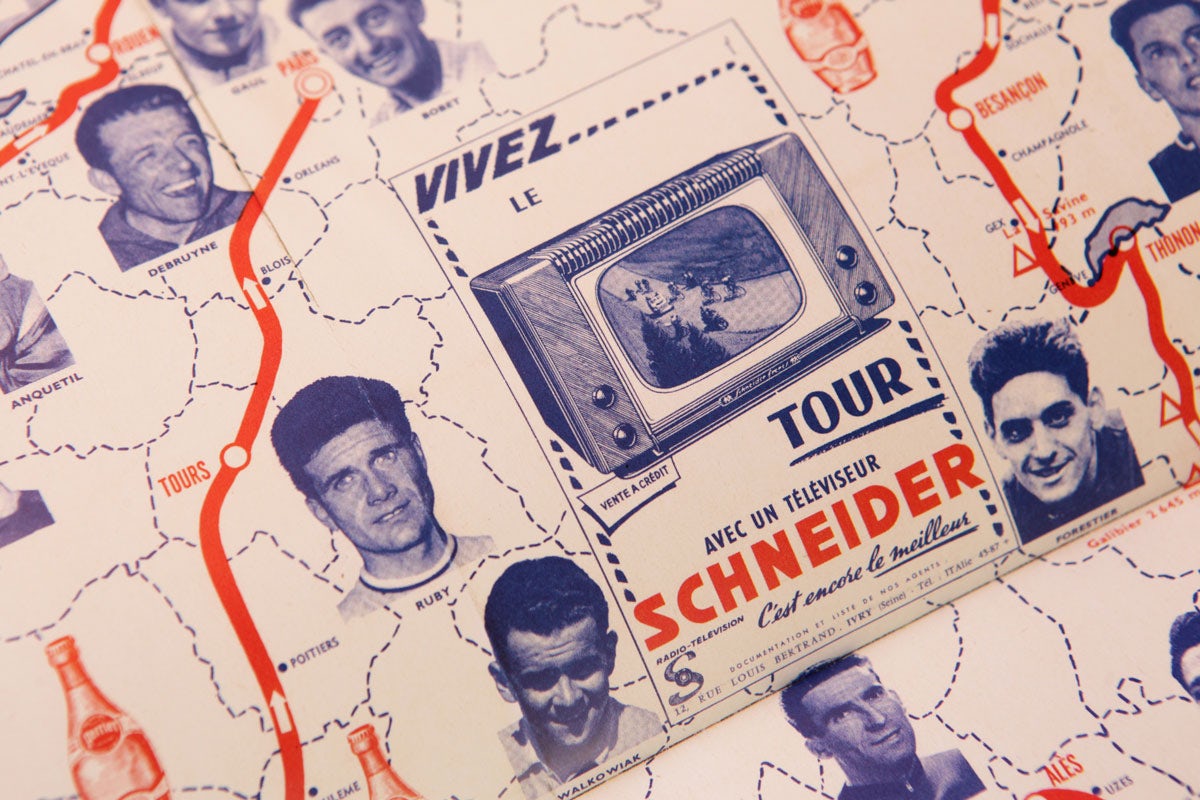 Cartes Du Tour is published by Rapha Editions, and costs £40 or £150 for the special edition. You can order copies here