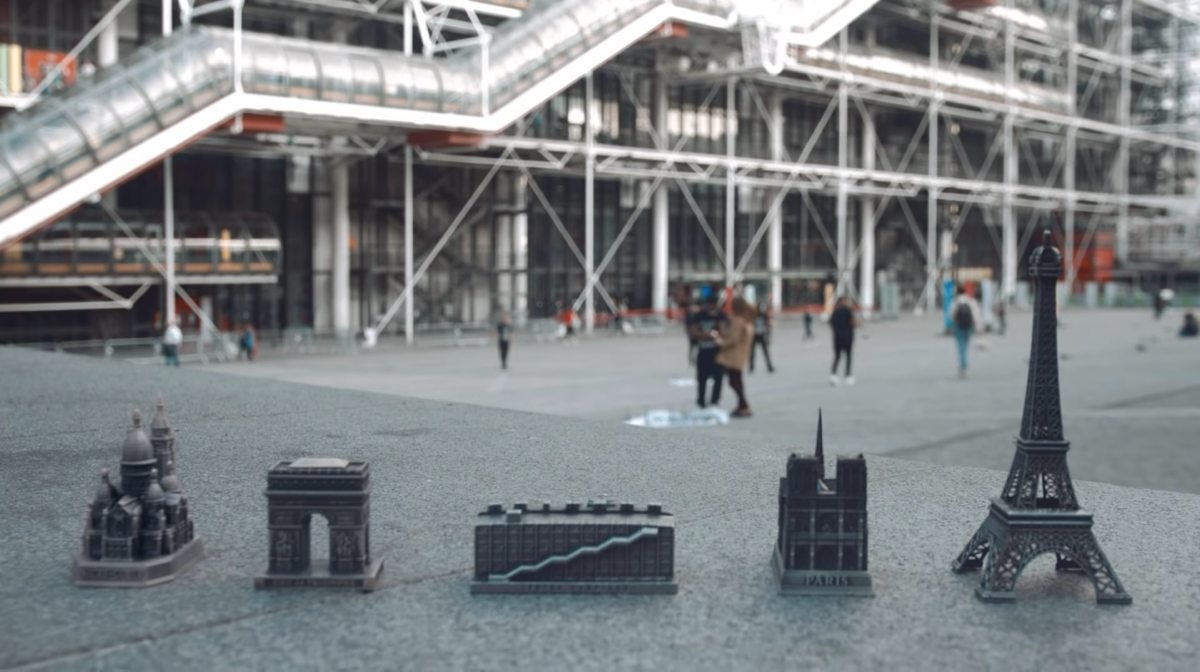 It’s an attempt to jolt visitors out of their fixation on well-known architectural icons such as the Arc de Triomphe and Notre Dame – miniature models of which are hawked across the city. While international tourists are well-acquainted with these must-see parts of Paris, the Centre Pompidou is often neglected, despite its vast collection of contemporary art.

In response, Marcel Worldwide ‘flooded’ the capital with tiny souvenir versions of the building, accompanied by their own enthusiastic street sellers. The #SouvenirsDeParis video shows them setting up shop outside Parisian landmarks, claiming the Centre Pompidou as another one of the ‘big five’ buildings of the city – often to the bemusement of surrounding tourists. More than just another souvenir statuette, each mini Pompidou includes a QR code on its base that can be scanned to direct visitors to the building from anywhere in Paris.

It’s unusual to see an arts centre so happy to poke fun at itself, especially in a scenario where it’s admitting its shortcomings. There’s an enjoyable touch of irony to #SouvenirsDeParis, particularly in the accompanying film, which first parodies the arts world with its use of classical soundtrack and lofty statements, and then rapidly undercuts it with clips of oblivious tourists.