For those who weren’t at Cannes Lions this year, Facebook’s Cannected event in London offered a wealth of creative advice for brands and advertisers. With talks from Mother, VCCP and 4Creative’s Alice Tonge, as well as Creative Strategists from Facebook and Instagram, it offered a look at the making of successful campaigns and tips for mobile advertisers looking to capture people’s attention.

“It used to be that good ideas were enough to separate the brands who got attention from those who didn’t. But in the attention economy the way in which ideas are built are so much more important to how successful [a campaign] will become…. One size fits all just doesn’t work,” he said.

Facebook recently studied the results of 3,000 campaigns on the platform, comparing the success of campaigns where one ad was shown to people three times against one where audiences were shown three different assets, and found that mixed asset campaigns performed better across the board, leading to better recall and more engagement.

Good thing nobody had any idea this was coming. Dundee is an elaborate tourism ad for Australia. See more from Chris and Danny's incredible trip at Australia.com #DundeeTourism #SeeAustralia

As King pointed out, creating a mixed asset campaign doesn’t mean taking a single piece of content and repurposing it but rather, utilising a range of different tools and ad formats to draw people in. This is exactly what Tourism Australia did with its smash hit Dundee campaign, which built hype around a trailer for a new Crocodile Dundee film starring Danny McBride on social media, before revealing the clip (which turned out to be an ad promoting Australia’s wines and golden coastline) during the US Super Bowl.

The campaign quickly went viral, thanks in large part to the teaser campaigns which ran on Facebook and Instagram ahead of its launch. “They used GIFs, they used cinemagraphs and animated posters, and all these little drops in the run-up to the trailer being released,” said King. “It’s super simple to do – but it provided lots of different opportunities for people to get involved in the campaign.”

While King admitted there is no set formula for how to create a great layered campaign, he recommended brands adopt a three-stage approach: start with concise content that instantly communicates a message, before serving up more playful assets and immersive or interactive content (such as a Messenger bot or a Facebook Live video) which allows people to delve deeper into a campaign or brand story.

The wait is over. Watch the full official DUNDEE trailer right here. It's the surprise no one saw coming (unless you've been on the Internet during the past two weeks).To see more, visit australia.com

Posted by Australia.com on Sunday, 4 February 2018

Jane Kinnaird, Creative Strategist at Facebook Creative Shop, also encouraged brands to experiment with vertical video and try out new ways of shooting or framing content. “If you can look at the relationship between containers and frames and use that to help tell your story, it can help you make something a lot more exciting,” she said.

She also recommended building for behaviour – in other words, understanding the different ways in which people like to consume content and creating ads with this in mind.

Creative Shop worked with Tommy Hilfiger to create an innovative multi-screen experience for the launch of its FW 2018 collection, which combined shoppable content with real-life interactions. Consumers could tap on a link within Facebook Messenger to access content (which featured fashion influencers from New York, Shanghai and Tokyo) and invite their friends to take part – an idea inspired by the fact that younger consumers like to engage with interactive content and crave real-world experiences.

The more people joined in, the more content was revealed, with additional footage appearing when phones were physically placed side by side. Content was shot and framed to play out across multiple screens, and consumers could tap on items featured in the campaign to add them to a digital wishlist.

SPEAK THE LANGUAGE OF MOBILE

Kinnaird also praised Eva.Stories – a powerful Instagram campaign which told the story of a Holocaust victim through a series of Instagram Stories – for using the language of the platform to engage with younger viewers.

Stories were based on the real-life diary entries of Eva Heyman, who was murdered in a concentration camp. By re-imagining her story for social media, the project was able to convey the horrors of the Holocaust in a way that people would relate to. While early content featured stickers and emoji, videos soon became much darker – capturing a sense of panic and fear through the way videos were shot and framed.

“When [the campaign] started, all of the content was quite light hearted – it felt like a normal Instagram story, with native stickers and all the stuff that audiences would be using. As time progressed … you got glimpses of what was coming, and it became more and more aggressive – the visual language became very skittish and scatty,” she said.

The UN is launching a new seat – The People's Seat – that will give everyone a seat at the table at COP24, the UN Climate Change Conference happening this December. Get involved and make sure your voice is heard #takeyourseat

GIVE PEOPLE A VOICE

Gemma Bardsley, Consulting Director at Ogilvy, shared some insights from the making of the People’s Seat campaign for the UN, which allowed people to express their opinions on climate change (with help from David Attenborough) at last year’s COP24 summit in Poland. Asked to create a campaign that would educate people about the UN’s work, WPP came up with the idea of creating a new seat at the summit to represent the voice of the public.

“[The UN] came to us because they had a perception problem – people don’t really understand what they’re doing any more or how they’re creating change for people,” said Bardsley. “We’re living in a time of activism – people can take to social media to tell you what they think and they can speak directly to politicians – so [the challenge was], how are the UN going to make themselves relevant to these people?”

The campaign was launched with a video message from David Attenborough, inviting people to share their opinions using the hashtag #TakeYourSeat. WPP also worked with a network of influencers to spread the word on Facebook and Instagram, and created Instagram polls for people to engage with. The resulting comments were used to write an address, which Attenborough delivered to the UN Assembly at Cop24. The campaign reached over 1 billion people, and is a great example of how organisations can drive positive change by giving people a platform to make themselves heard. 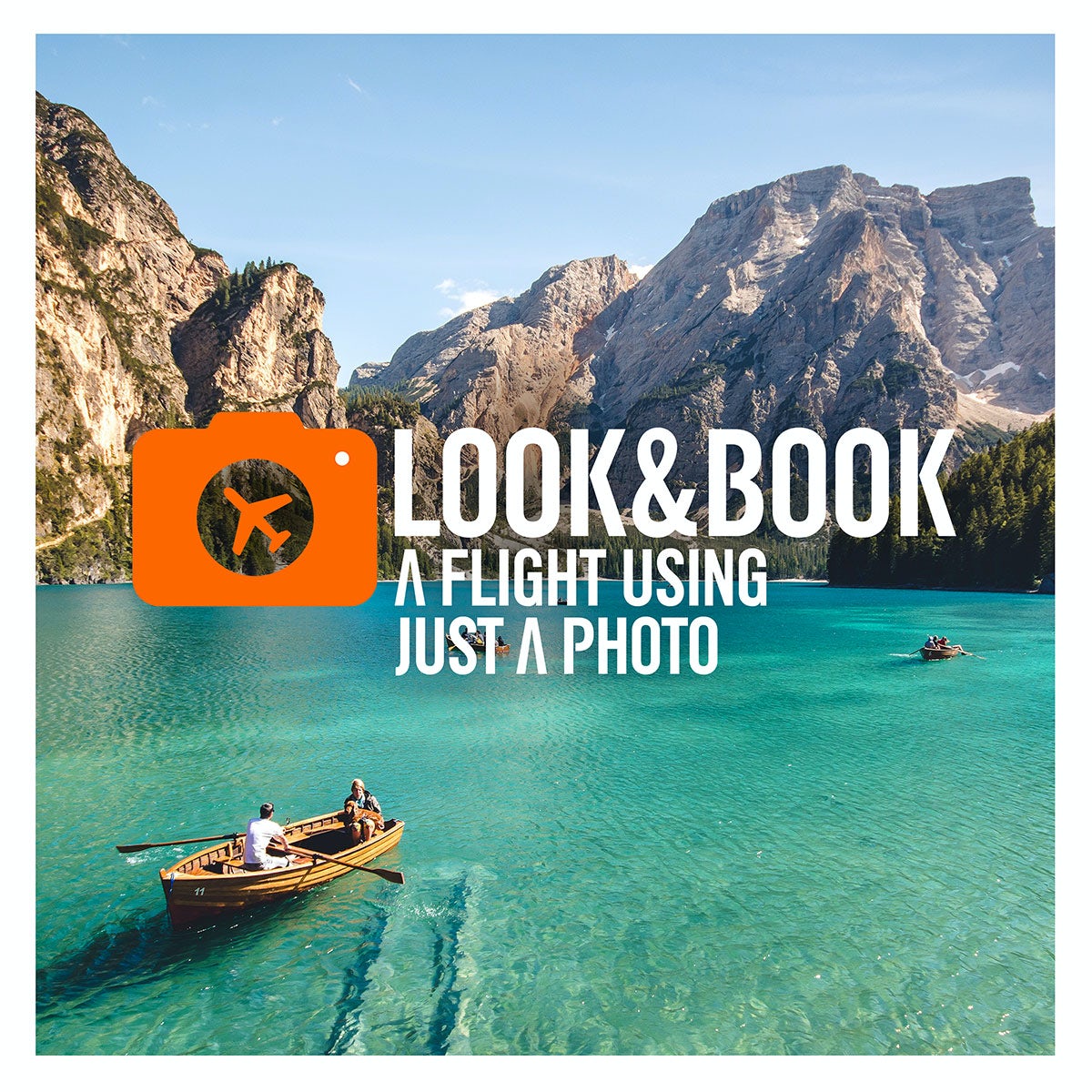 BE BOLD, BE BRAVE

Other campaigns showcased at the event include VCCP’s Look & Book feature for the EasyJet app, which allows people to book flights using Instagram screenshots, and Mother’s brilliant KFChill campaign for KFC, which lets the brand’s fans relax to the soothing sounds of crisping chicken and simmering gravy. 4Creative’s Alice Tonge offered some advice on overcoming self-doubt and making great work: in a talk which featured a look at the making of several campaigns for Channel 4 – including the broadcaster’s 2016 Paralympics campaign and an ad marking 100 years since women were given the right to vote – she encouraged people to do the opposite of what’s expected, to take risks and to “craft the shit” out of ideas.

Along with a wealth of creative advice, the event offered a look at new trends and developments on Facebook. Product Marketing Lead James Bennett said that Facebook was working with brands to create branded AR experiences, and would soon be opening up its AR platform, SparkAR, to brands as well as creators.

Jos Rebuck, from Facebook and Instagram’s Product Marketing team, said Facebook would also be developing its Watch platform as the number of people viewing long-form content on a mobile increased. The brand has been developing video series with creators and publishers, and Rebuck said it would soon be enhancing their video products adding interactive features allowing people to tap on content to choose different storylines, install an app, or find out more about a product. 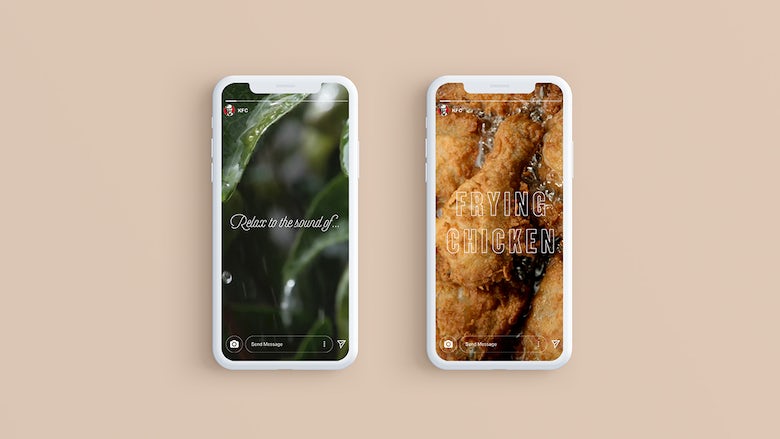