On September 15, 2008 – on an otherwise untypical day – an American bank called Lehman Brothers went bankrupt. While most of the rest of the world didn’t realise it at the time, the bank’s collapse would have catastrophic knock-on effects for both financial centres and the wider public throughout the next few years, in what has come to be known as ‘the crash’.

Photographer Stephen McLaren was at the frontline of the financial crisis in the City of London, living just down the road in Bethnal Green at time. Taken between 2008 and 2012, his harrowing-with-a-hint-of-humour images show everything from anti-capitalist protests in its immediate aftermath, to grinning bankers carrying boxes of champagne after their bonuses were reintroduced in 2012.

As McLaren releases a new photobook to mark the 10th anniversary of the crash, he talks about telling the story of the crisis through images of everyday life in the City, and keeping a sense of humour amid all of the chaos. 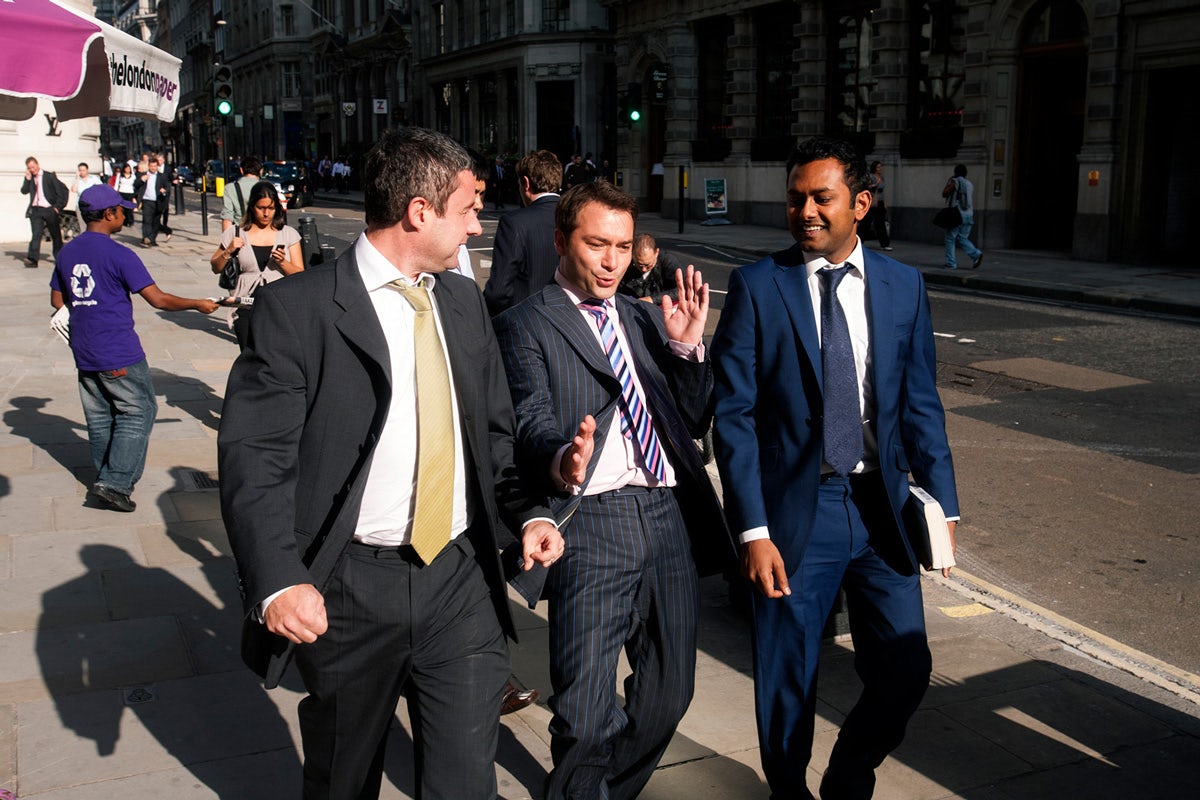 CR: How did you start photographing the City of London?
Stephen McLaren: When the early warning signs about what was back then called the ‘credit crunch’ began to find their way into the newspapers in the summer of 2008, I started walking down to the City out of curiosity to see whether there might be some photographs to be had.

It didn’t take too long to work out that the ‘crunch’ wasn’t just a few banks cutting back on their 0% mortgages, and was instead a full-scale economic hurricane coming our way. 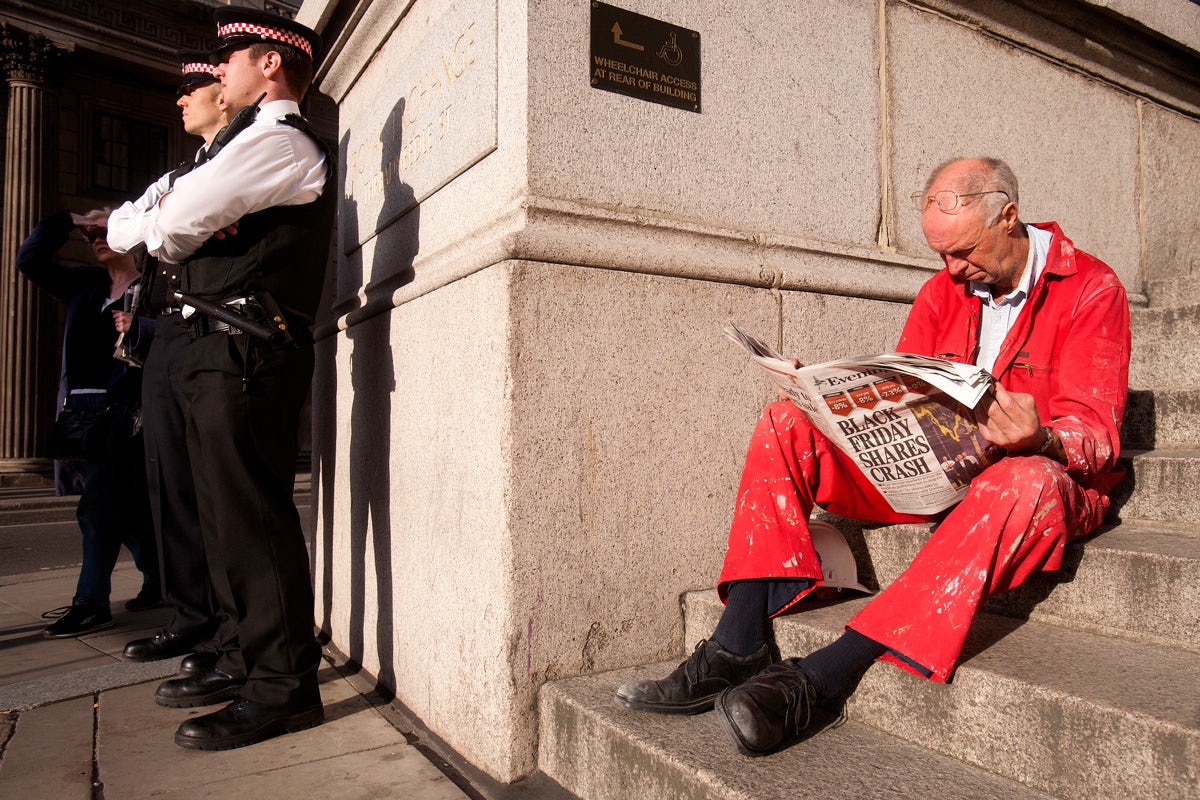 CR: What attracted you to the subject, and what made you keep going back?
SM: I’ve always been politically engaged and have a degree in economics. Even though that’s not been all that useful in terms of getting photography work, it was good to call on some of that knowledge when news bulletins were beginning to fret that the economy might be doomed.

There weren’t many photographers going down to the City those days and the security guards at most HQs did their best to discourage loiterers like myself, but I did notice that city workers were too caught up in the day-to-day crapness of their jobs to get annoyed by someone taking pictures. That summer in particular, I seemed to get a decent strike-rate of shots of the tension around the City. The more I read on the subject, the more enraged I got, and the more I wanted to go down there and document the calamity that was unfolding. 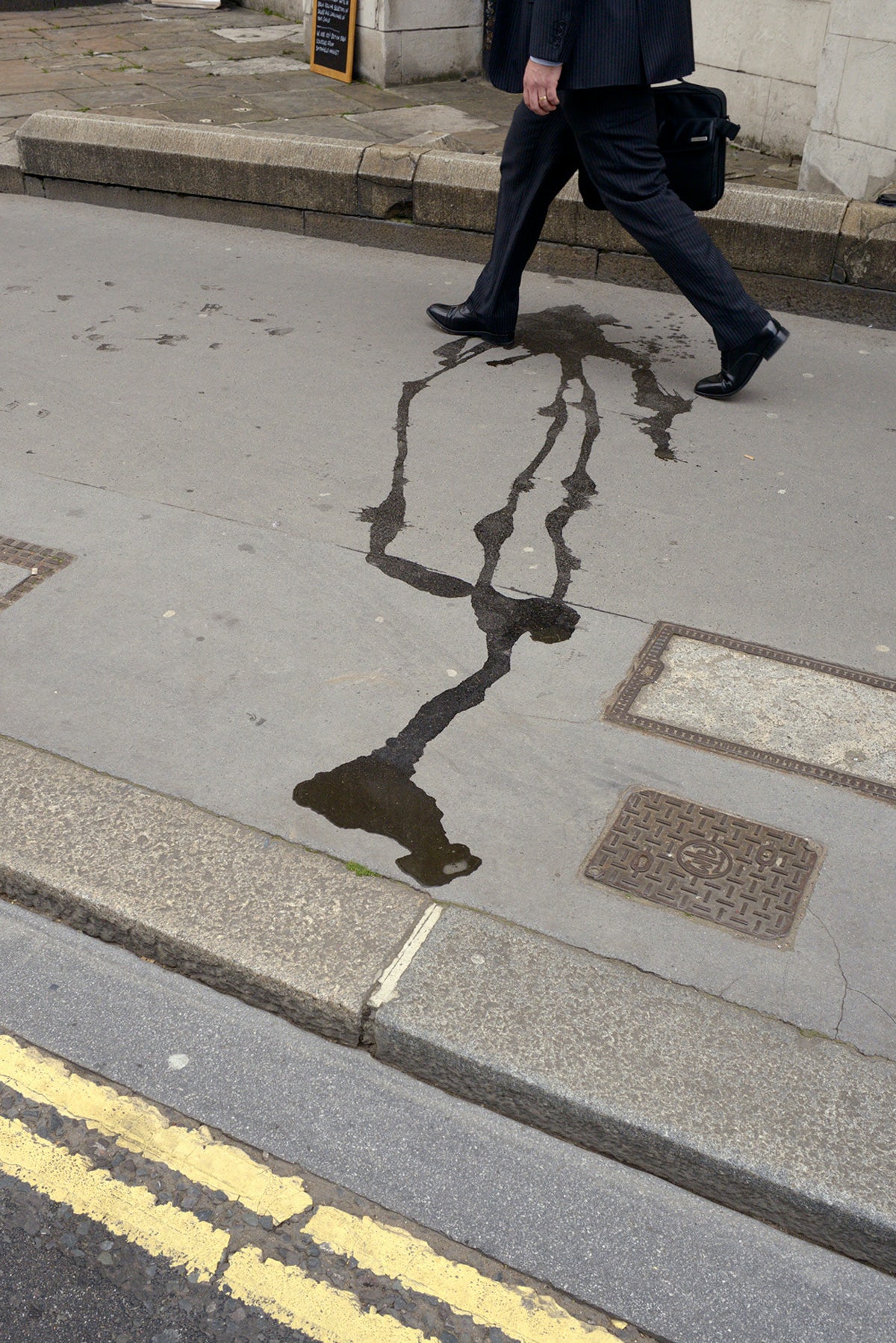 CR: The project spans several years. How did you decide which moments from the crisis to focus on?
SM: The financial crisis seemed to develop a narrative of its own and I follow that story with the various chapters in the book. First we had a credit crunch; then a full-blown crisis; anti-capitalist protests; a wave of suicides; contagion from the Euro-zone; followed by a return to the days of big bonuses despite the enormity of the government bailouts.

I used to walk around the City thinking about various buzzwords and phrases I’d read in the press such as ‘moral hazard’, ‘irrational exuberance’, ‘groupthink’, and hope for images that somehow related to those terms. That was a good organising principle and kept me motivated. 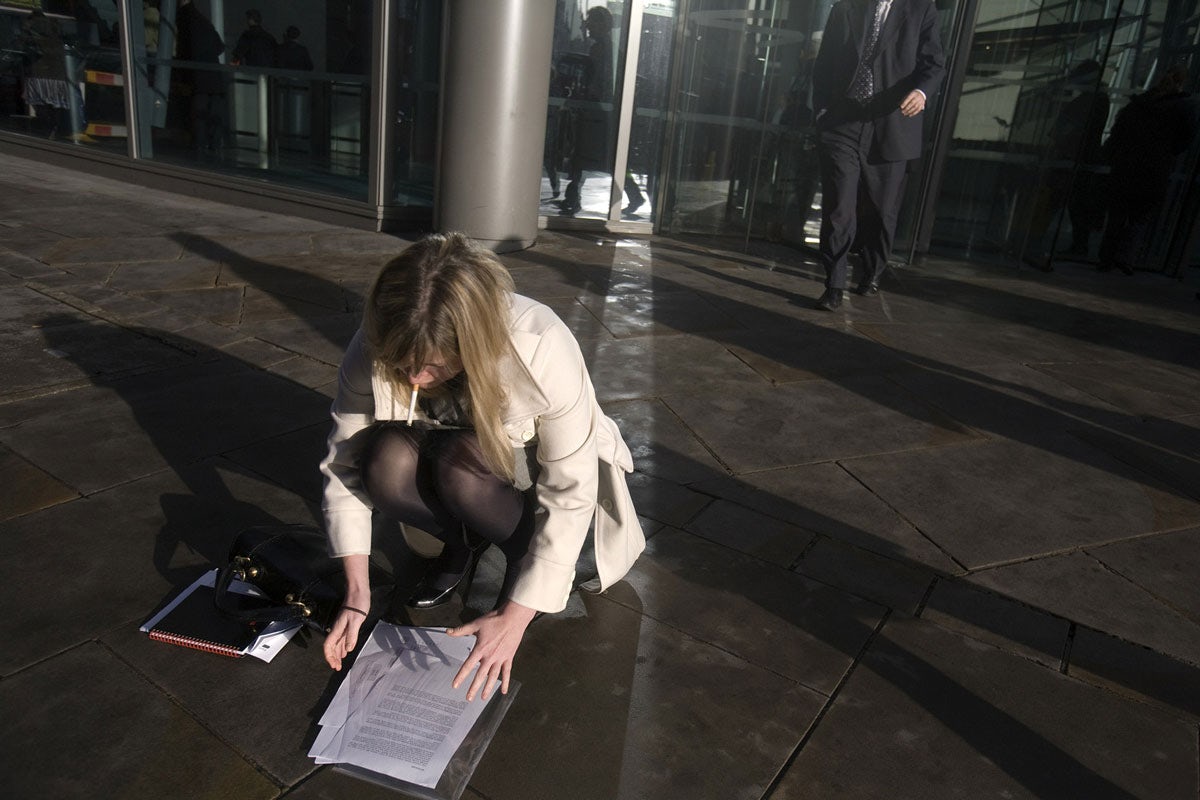 CR: Are there any photos that you think represent the mood at the time of the crisis particularly well?
SM: I was walking past Royal Bank of Scotland on the day it was rumoured to be running out of money, when a woman executive ran out of the building and dropped her notes right in front of me. She was smoking a cigarette and looked really flustered, and I was able to get really close to her as she reached to the pavement to pick up her stuff. I’ve often wondered what was going on in her office that day that had spooked her out so much, but in hindsight probably everyone was bricking it that they were going to be let go.

CR: A lot of the photos seem to have an element of dark humour to them. Why were you keen to apply humour to such a controversial subject?
SM: By the end of 2008 I was in the same boat as a lot of photographers and losing gigs that had been my bread and butter for a while, so I needed to keep a sense of humour about these circumstances otherwise I would have been in the pub drowning my sorrows. If I’d shot it all doom-laden, highly symbolic and in black and white, I don’t think I could have maintained my motivation for the five years I stuck with it. 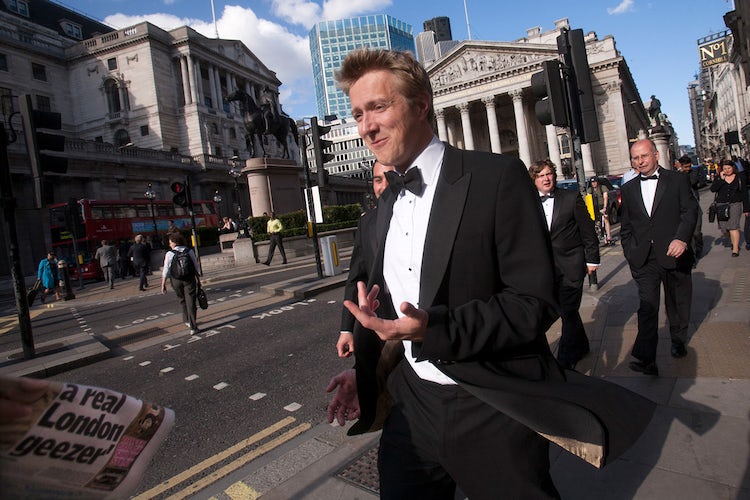 CR: What do you want people to take away from the book?
SM: I like to use the word scorn when it comes to describing my attitude towards the City (or Babylon as I occasionally call it). I hope people buying the book see that scorn come through in the images, but leavened with the occasional deep belly laugh at how ridiculous our society was to let the financial spivs and chancers take over the economy prior to 2008.

The Crash is published by Hoxton Mini Press on September 27 2018; hoxtonminipress.com 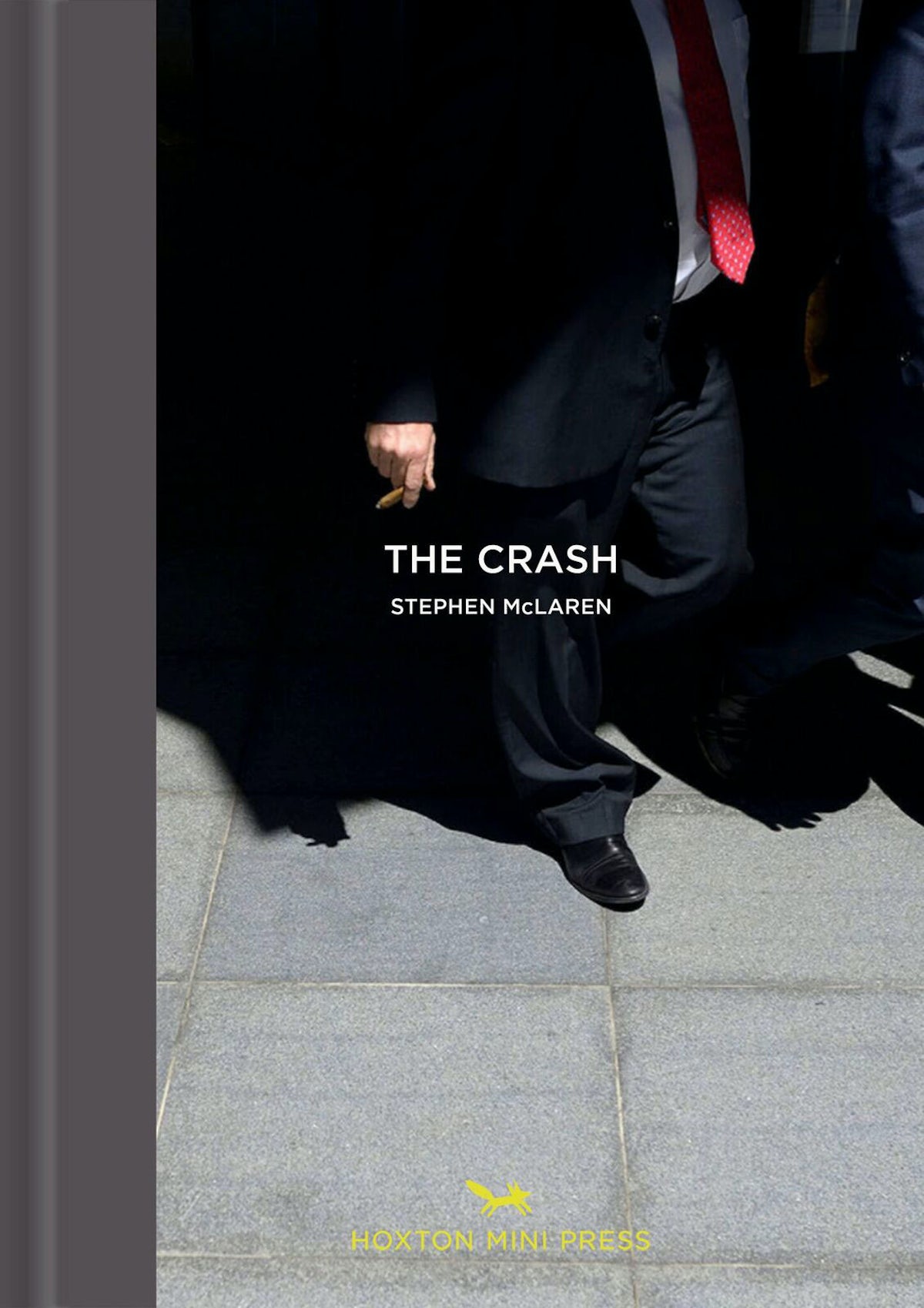