Seattle International Film Festival opens today (April 14), heralded by a suite of imagery which takes references from everything from Illuminati symbolism to crystals, Freemasons and cinema reels.

One of the main challenges in creating the designs is to make sure the imagery represents both the esoteric indie films being screened and the Hollywood blockbusters shown alongside them. “Over the course of our work with the festival, the goal has always been to grow the audience beyond the usual indie film enthusiasts,” says Watson. “To that end, we’ve tried to keep things bright, fun, and inviting; and/or mix in references to more mainstream content that has been part of the festival’s past programming – films like Empire Strikes Back, Alien, The Notebook.” 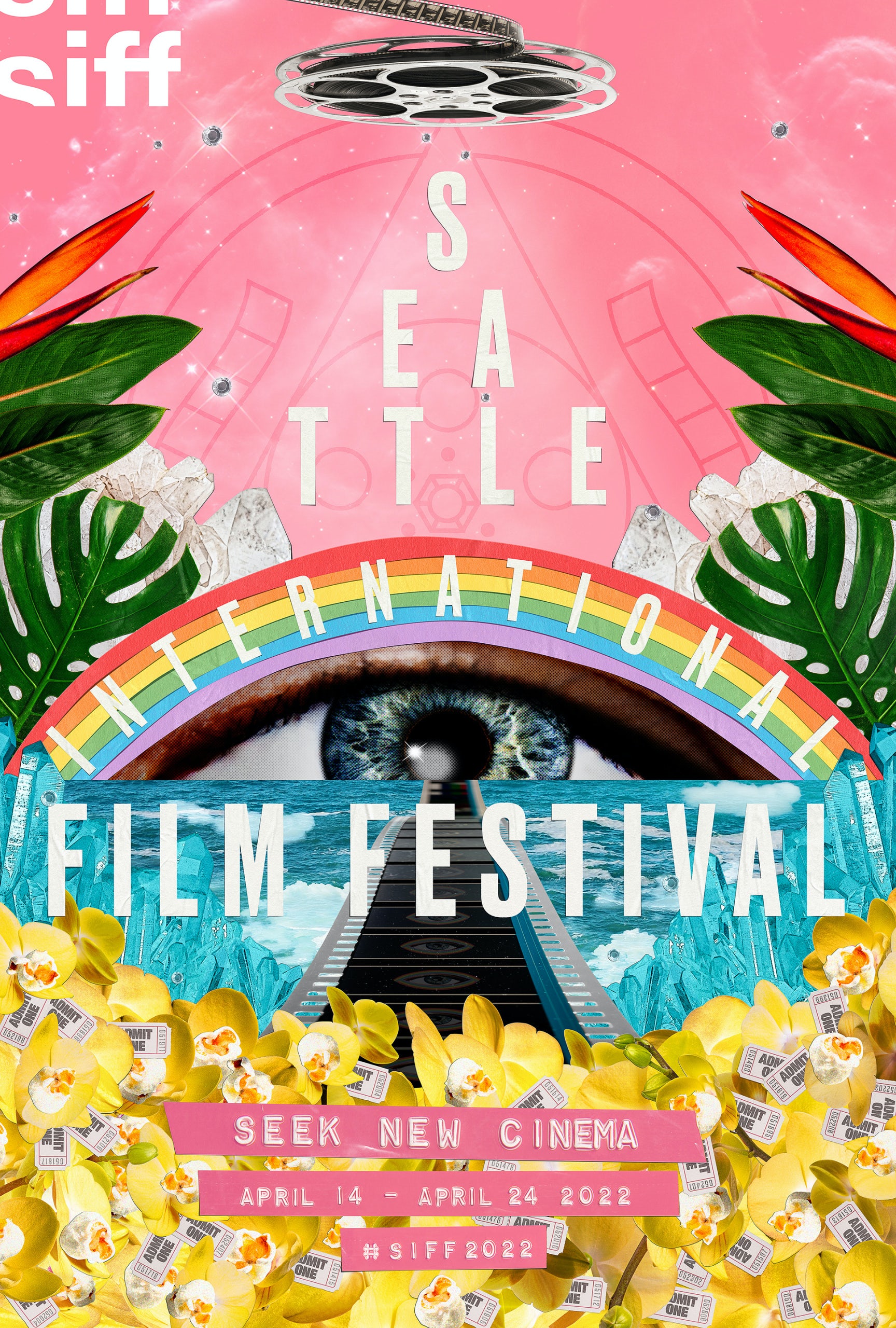 Over recent years, the festival has deliberately placed more of an emphasis on its communal nature and the way it facilitates and encourages social gathering – which people might miss out on by just streaming the films at home. As such, the creative theme for the 2022 festival is a ‘happy cult/collective’, as the festival terms it, called the Seekers.

According to Watson, the idea behind the campaign imagery began with the team’s observation that the festival has a ‘cult-like’ following of attendees. “Everyone is familiar with the term ‘cult film’, but it’s not the film that’s the cult, it’s the people that passionately love it,” he says. “Every year, SIFF attracts folks that don’t bat an eye at seeing several films a day for weeks on end. They proudly wear multiple festival passes from previous years around their necks like talisman. They even enjoy standing in long lines, often in poor weather, waiting to get in the next screening. They return to the festival as much for being with their film-loving brethren as they do for the films themselves.”

The posters and other materials reference that idea of cult-like devotion through a variety of references to new age spirituality, secret societies, fringe religions and ‘depictions of paradise’. “We wanted to create a feeling of ritual and worship with the Seekers that was secular, positive and especially fun,” Watson adds. “This cult is all about the good culty stuff, like comfortable robes, dancing, and singing the praises of SIFF. It’s more like the Partridge Family than the Manson Family.”

These cult-referencing elements are shown alongside iconography related to the cinema experience, such as  tickets, popcorn and film reels. The multitude of images were arranged in a “geometric fashion, decorated with elements to give the art an altar-like appearance,” Watson explains. “The poster depicts a film pathway into the iris. The path of the Seeker to finding new cinema.”

The trailer for the festival uses the same graphic themes alongside a depiction of the Seekers, and uses a deliberately DIY-like, collage aesthetic. It uses a soundtrack inspired by modern psychedelic pop and “joyous hippie musicals of the late 60s/early 70s”.